The Bitcoin Price Sentiment Is Negative

Over the last two days, the Bitcoin price has been hovering horizontally below the $50,000 psychological level. BTC has flashed the following three bearish signals:

Elon Musk, the CEO of Tesla, recently announced that the company has decided to remove Bitcoin as a payment option for its vehicles and services. The shocking announcement brought prices down and attracted the world’s attention.

The ever-vocal crypto community was quick to respond to the news. While some people canceled their Tesla vehicle orders, others were breaching bitcoin’s clean energy mining. Musk cited the asset’s high energy consumption as the reason for the decision. Bitcoin lost more than $12,000 in a day to a two-month low as soon as the news broke out.

Michael Saylor, the CEO of MicroStrategy and a popular BTC proponent, was among the first to respond. He said:

Ironic because no incremental energy is used in a bitcoin transaction. The energy is used to secure the crypto-asset network, and the net impact on fossil fuel consumption over time will be negative, all things considered.

Crypto expert Anthony Pompliano said that “this energy story has been debunked over and over again” and added that “75% of miners use renewable energy.” A recent VanEck report supported Pomp’s assertion. 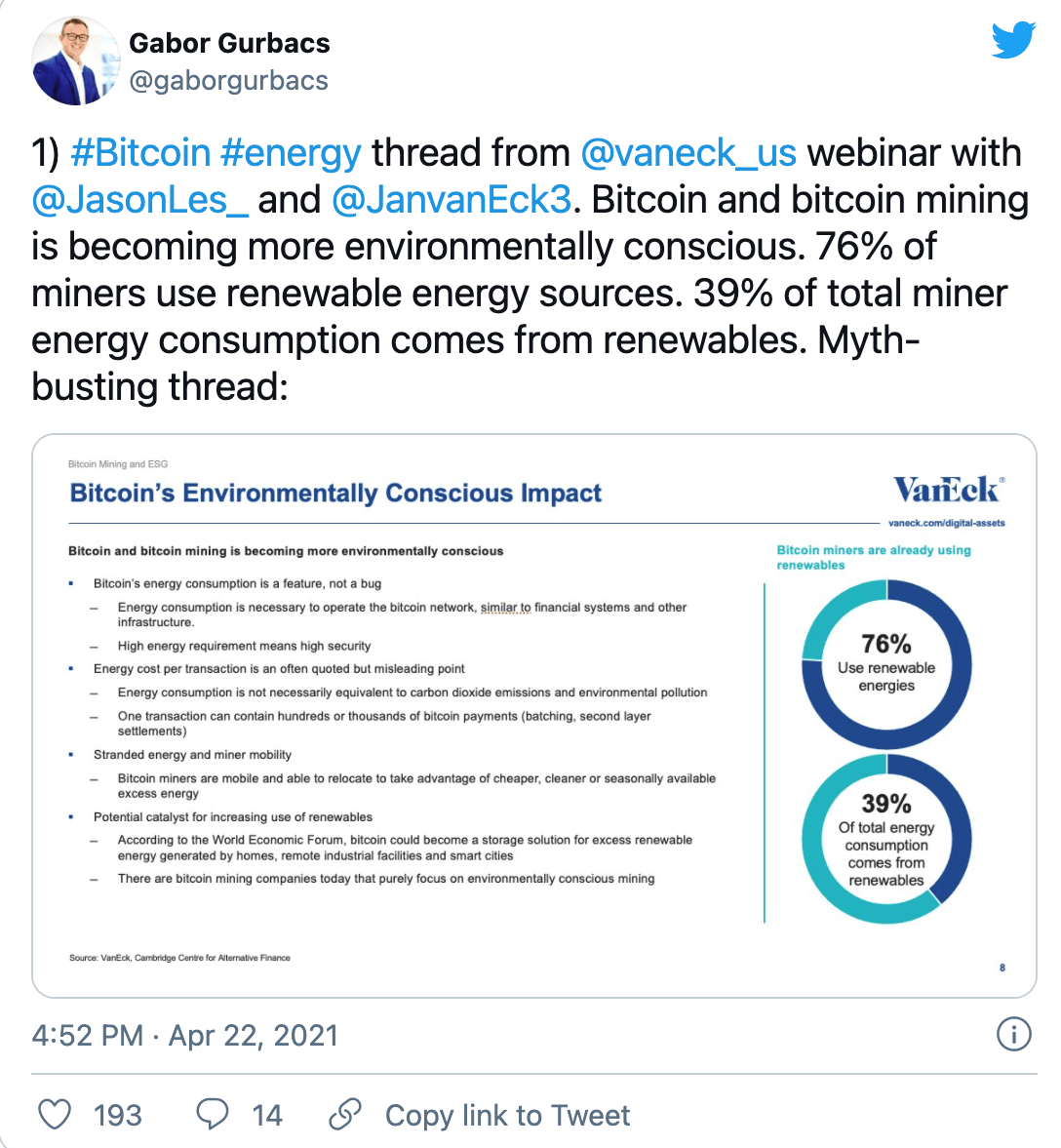 Elon probably did not research how much energy is required to run other (non-crypto) currencies that Tesla accepts.

Mike Novogratz, the CEO of Galaxy Digital, opined that Musk’s actions could be favorable for Bitcoin in the long run as he “is using his considerable influence to push BTC mining towards a greener future.” Popular YouTuber Chris Dunn shared screenshots of canceling a Tesla Cybertruck order. He also left feedback for the company. 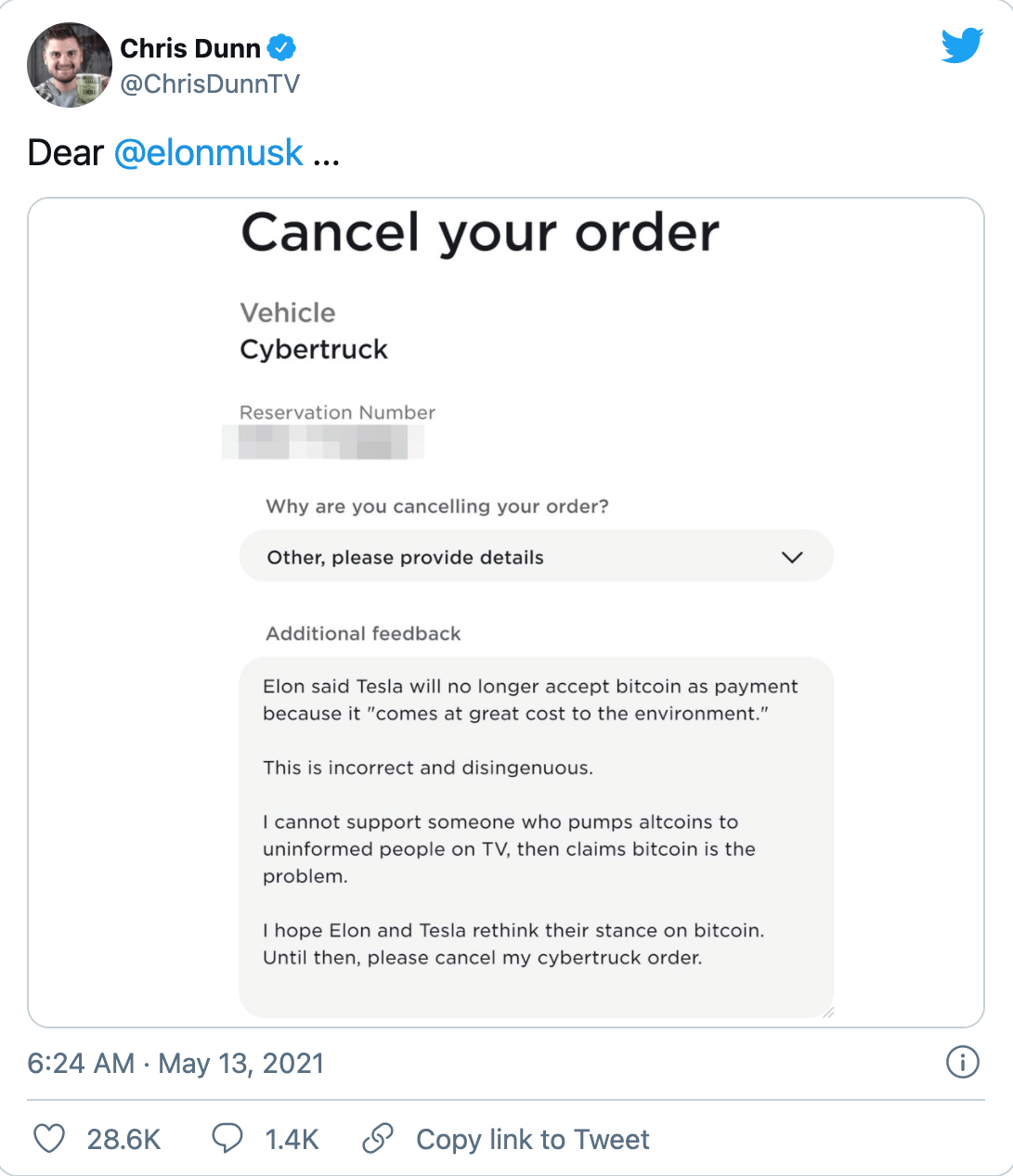 CryptoQuant shared this chart to show that whales are depositing BTC to the exchanges. 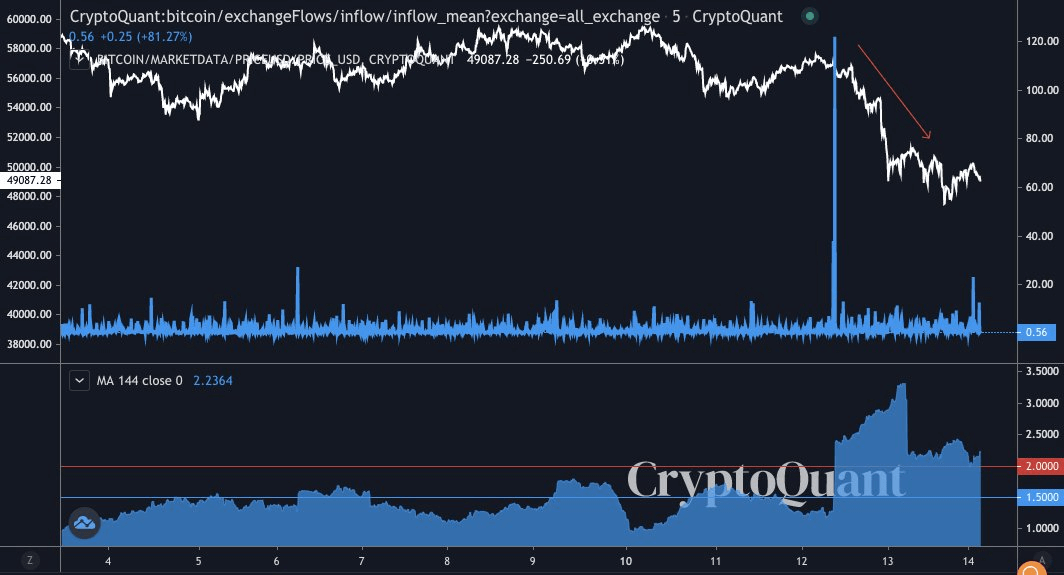 "If you're a long-term $BTC investor, don't worry. Your portfolio is the same as institutional investors in the States. If you're a derivative trader, be careful in the short term. (Relatively speaking) whales are depositing $BTC to exchanges."

However, Glassnode also noted that investors have taken advantage of this dip to accumulate coins. 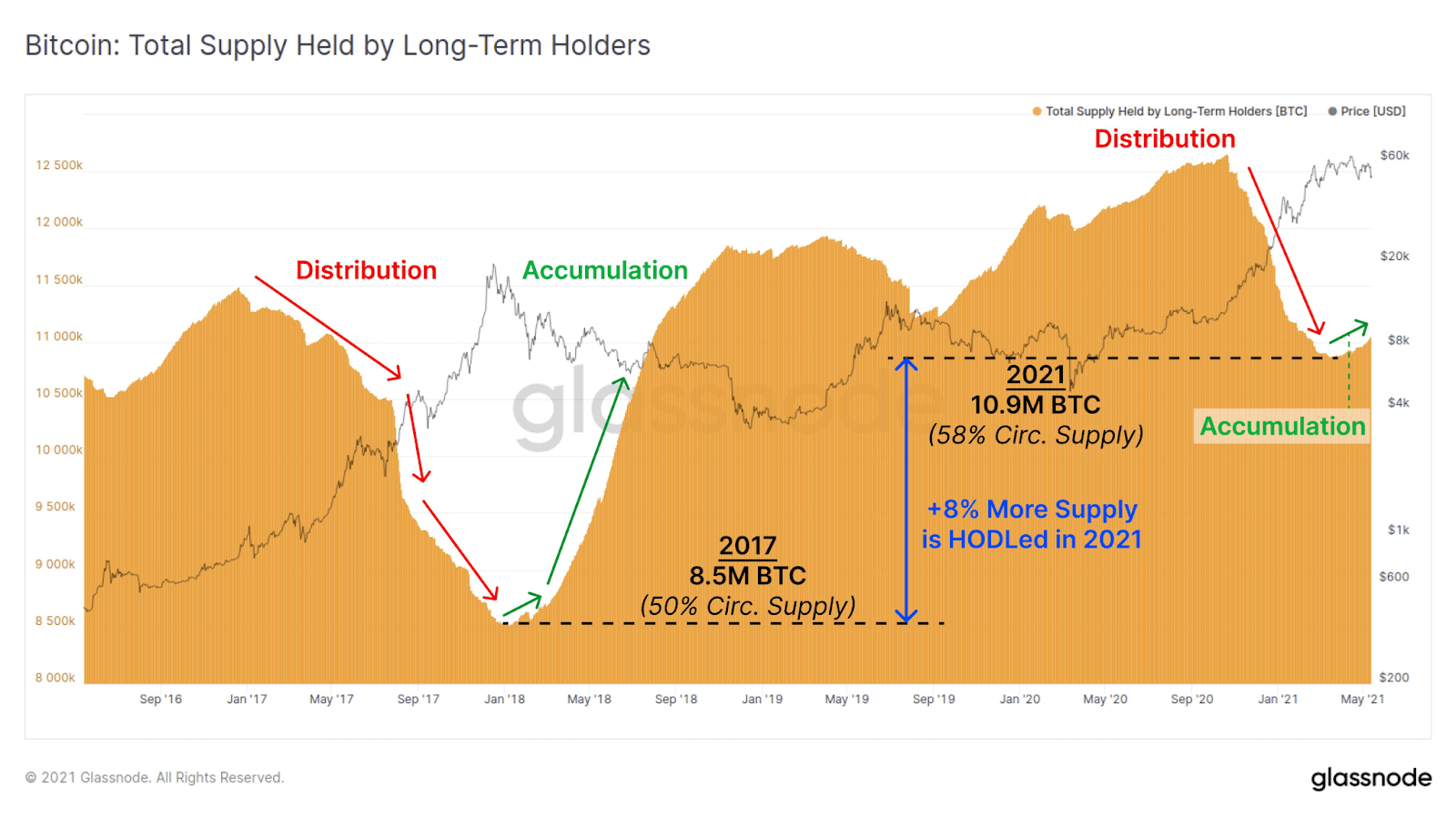 "#Bitcoin supply held by Long Term Holders has returned to accumulation mode Whilst it looks similar to the 2017 peak, HODLers today actually hold +8% more of the circulating supply in dormant wallets. Dormant supply increases, even as price dips."

Plus, longterm Bitcoin price outlook is still bullish. It seems like the longs are back paying the shorts again in the derivatives market. 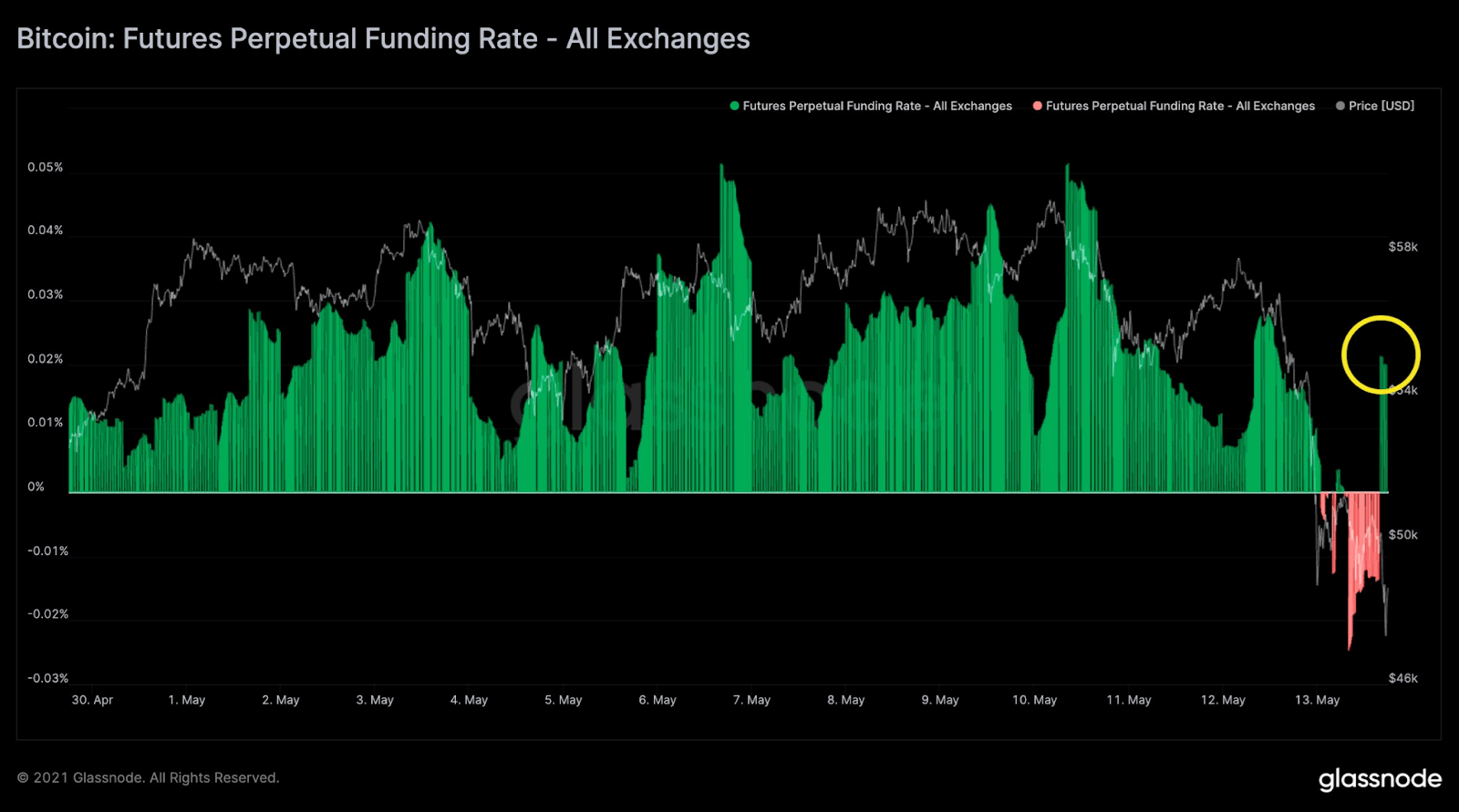 Expect the Bitcoin price to keep trending horizontally below the $50,000 psychological level. On the upside, there are several strong resistance barriers.