Bitcoin (BTC) dominance over the crypto market has slipped below 50% for the first time since 2018. This shows that BTC’s influence on the overall market has been going down, which is an indicator of altcoin season. However, this could be a negative sign too. Journalist Wu Blockchcain noted:

‘It is generally believed that when the market value of Bitcoin drops to around 35% or below, it may herald the end of the bull market.”

However, we still have ways to go before Bitcoin price dominance goes down to such a level.

On the upside, the nearest and the most robust resistance barrier lies at the 50-day SMA ($56,000). Previously, at this level, over 2 million addresses had purchased 1 million BTC coins.

Bitcoin Buyers On The Rise

Crypto analyst William Clemente III recently said that the quantity of Bitcoin held for relatively longer-term periods is increasing. Clemente took to Twiter to note that the surge in the number of non-moving BTC is likely because of institutional investors’ unwillingness to sell. 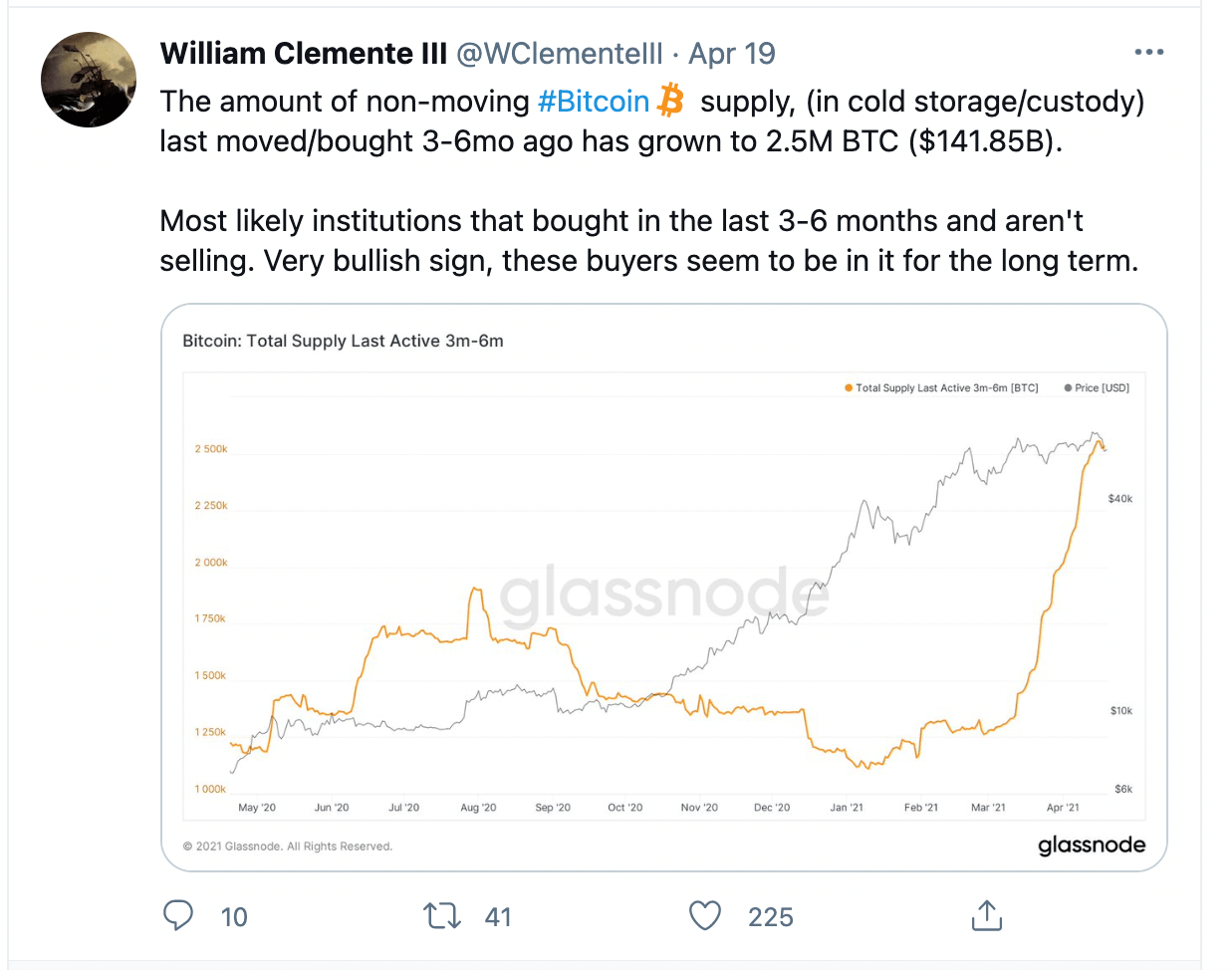 Clemente added that the growth in the amount of BTC being kept in custody or offline wallets is a bullish signal. The analyst’s tweet came at a time when Bitcoin fell nearly 15% from its all-time high of $64,863. Willy Woo, also a renowned on-chain analyst, recently mentioned that the selling pressure witnessed soon after Bitcoin hit a record high was related to the expectation that Chinese-based Bitcoin miners would suspend operations over power outages.

Initial sell-off due to anticipation of miners going offline in China. Sell pressure was sufficient to trigger liquidation of short-term speculator positions forcing price violently down.

However, Woo pointed out that the longer-term fundamentals of Bitcoin remain “very strong.” According to the analyst, Bitcoin is in a price-discovery phase, only rivaled by the period when the flagship crypto-asset had a four-figure price.

Bitcoin price will likely drop to the $50,000 psychological level if its current bearish trend continues.