After rejection at the $65,000 line, the Bitcoin price has dipped back to $62.365 and has found support at the near 3-month upward trending line. The relative strength index (RSI) has dipped back into the neutral territory and the MAD shows increasing bullish market momentum. Both these factors tell us that BTC will likely jump again.

On the downside, the healthiest support wall lies at the 20-day SMA ($58,500). Previously, at this level, 2.14 million addresses had purchased 683,000 BTC tokens. This level is robust enough to absorb a lot of selling pressure. 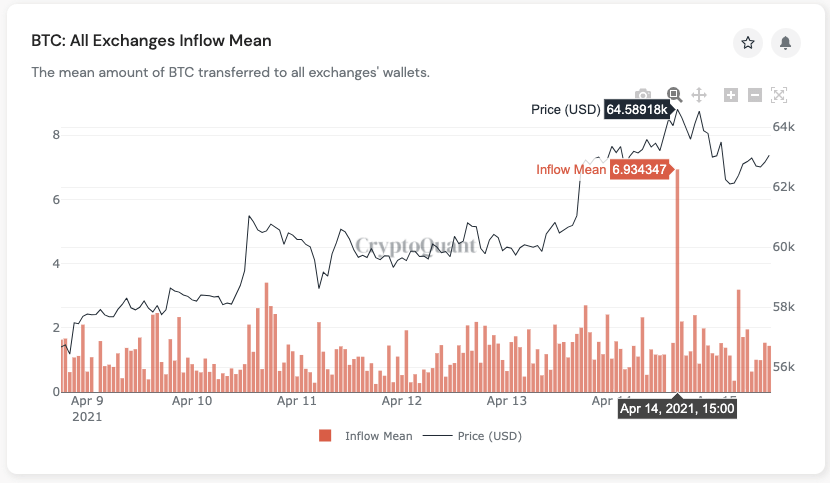 CryptoQuant noted that “Whales deposited BTC into Binance before the dip.” So it definitely looks like some holders made a handy profit as BTC touched ATH. 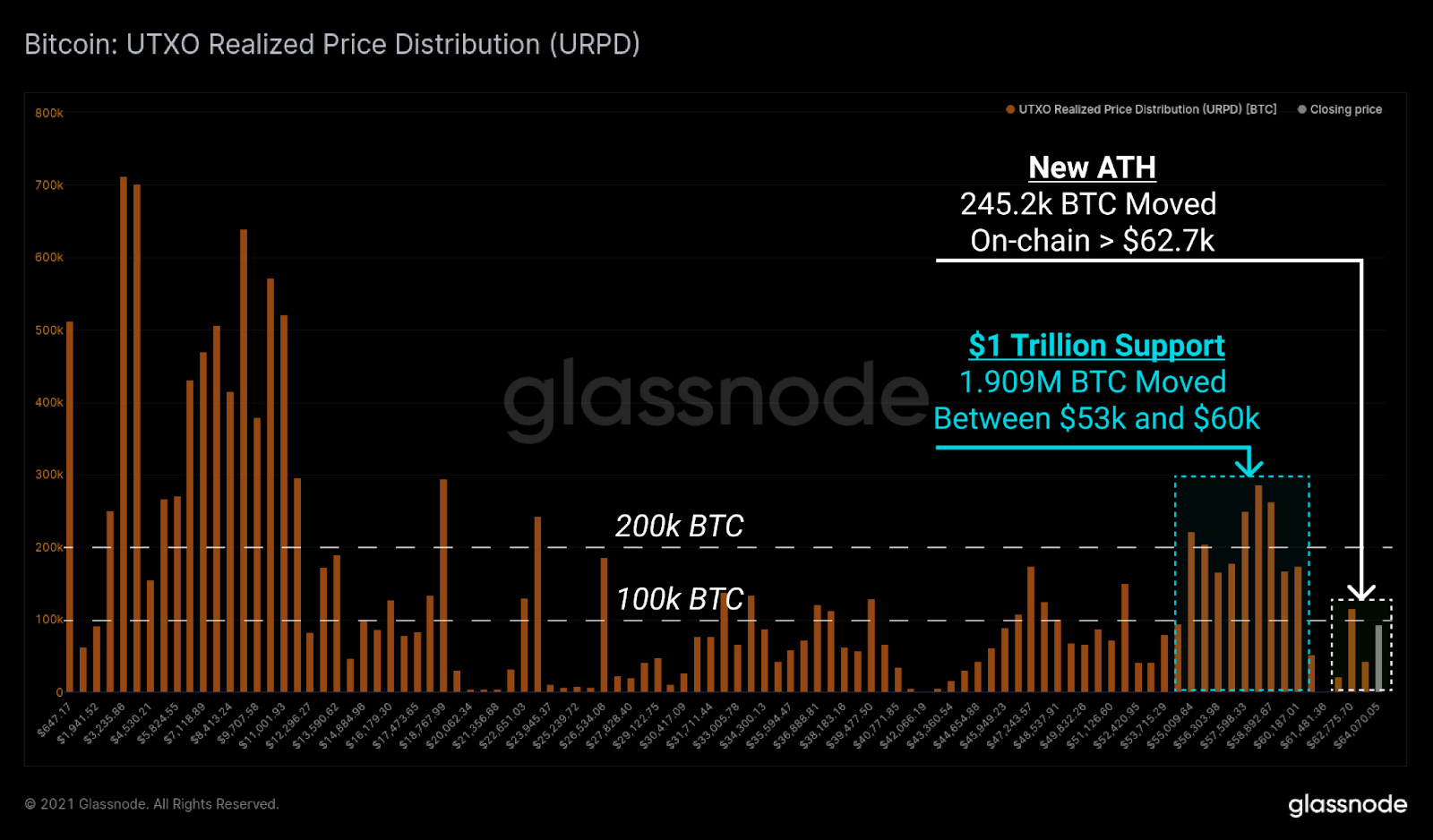 Glassnode shared the above chart and made the following observation.

“#Bitcoin has made a new ATH and the market has started constructing new on-chain support. Over 245k $BTC have moved on-chain at prices above $62.7k. This follows the significant 1.909M $BTC moved in the previous $1 Trillion consolidation zone.”

Famous trader and crypto analyst Tone Vays recently said that Bitcoin is headed towards $120,000. He also revealed when he thinks the flagship cryptocurrency can get to that price mark. In a new video, Vays explained why he thinks Bitcoin is close to hitting his bullish near-term price target of around $80,000.

I know it’s a 24/7 market, but I’m a traditional TA (technical analysis) guy, and to me, it is all about the close and the weekly close being at a new all-time high makes me really, really bullish. I believe we are going to come close to hitting this target.

While Vays is short-term bullish on BTC, he expects a significant pullback before the flagship crypto asset can do a giant leap.

The Bitcoin price will once again make a beeline for the $65,000 psychological level. If BTC conquers this, a march to $70,000 will be next.