Bitcoin price has had four major bearish days in a row, wherein it dipped from $36,500 to $29,500. This Thursday alone, BTC lost more than $5,000 in its overall valuation. In the process, the Bitcoin price has finally dropped below the $30,000 psychological level.

Over the last four days, the Bitcoin price has managed to flip the 20-day SMA from support to resistance. As of now, it is making a beeline for the 50-day SMA ($28,000). The relative strength index is currently trending at 40.45, near the oversold zone. When it dips below 40, the asset will become underpriced, triggering a bullish comeback.

"It seems $BTC sellers came from #Coinbase. Coinbase Premium Index has been a negative value since an hour ago."

Is Everyone Buying The Bitcoin Price Dip?

Santiment, another well-known on-chain analytics platform, noted that the amount of Bitcoin social volume has reached a 6-day high. This shows that the overall crowd has recognized a buy opportunity and will look to buy the dip. 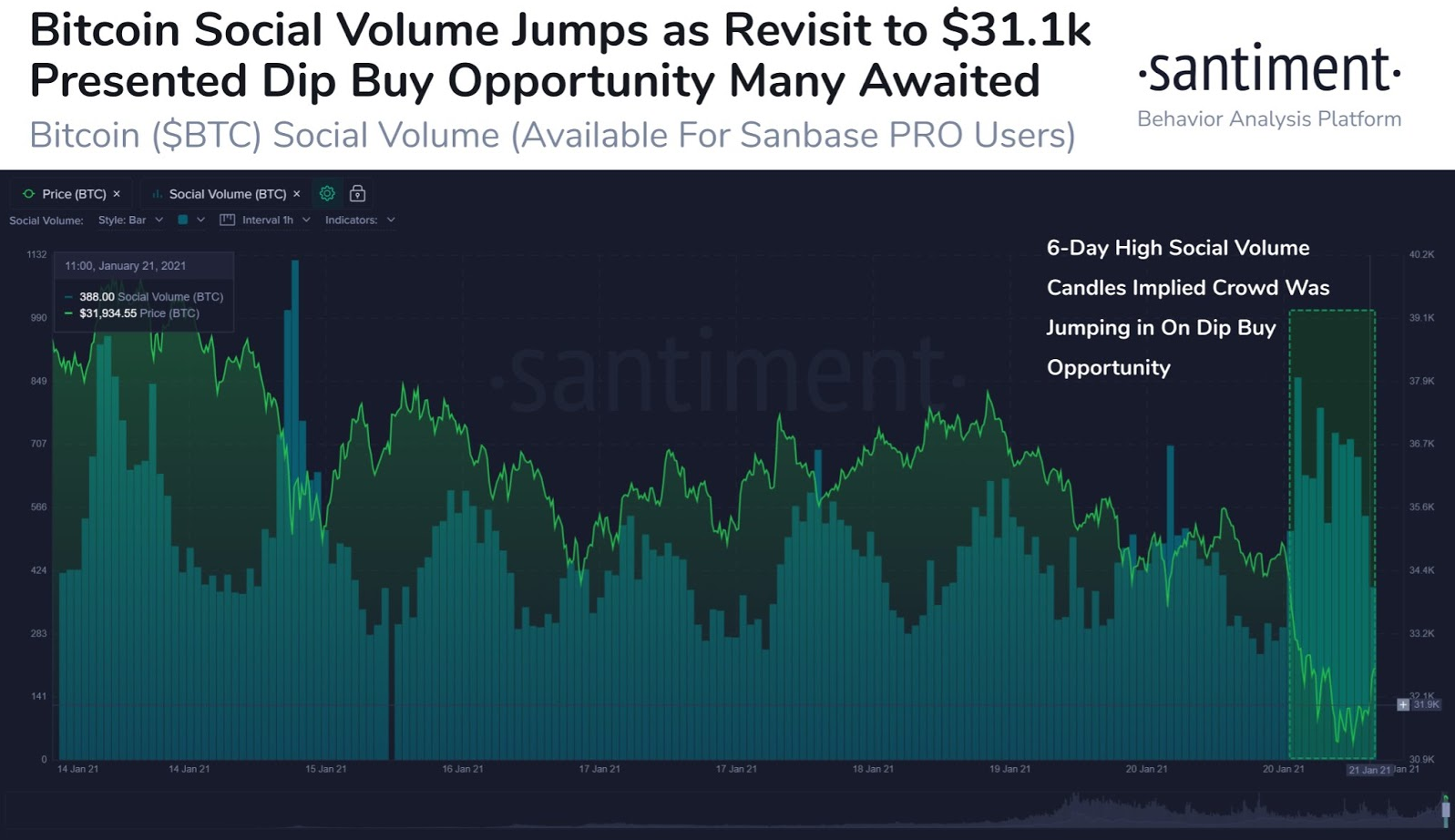 Joe Biden, the newly elected president of the US, has frozen Federal regulatory processes such as the controversial self-hosted cryptocurrency wallet regulations. These regulations were proposed by former Treasury Secretary Steven Mnuchin.

The announcement was made in a White House memorandum for the heads of various federal agencies. This includes the Financial Crimes Enforcement Network (FinCEN) as well. The announcement doesn’t specify the crypto wallet proposal but places a general freeze on all agency rulemaking pending review. This will be effective for 60 days from the date of the memorandum.

Under former US Treasury Secretary Mnuchin, FinCEN made the self-hosted wallet proposal. If passed it would require banks and other financial institutions to submit reports, keep records, and verify the identity of customers making transactions to and from private cryptocurrency wallets.

The proposal had been widely criticized by many industry experts. Critics also stated that it would be technically impossible for many enterprises to comply because smart contracts do not contain name or address information. Biden has appointed Janet Yellen to take over as Treasury Secretary. Earlier this week, Yellen said that cryptocurrencies are used "mainly for illicit financing."

To this, Chervinsky said:

First, anyone is better than Secretary Mnuchin, who decided long ago that he hated everything about crypto. Second, although Dr. Yellen may not be a fan now, I expect she'll be open to learning & listening, & will follow regular order in deciding on new regulations. That's good.

Bitcoin investors appear to be locking up their holdings for the long-term as 270,000 BTC has been taken out of liquid supply in the last 30 days, according to Glassnode. 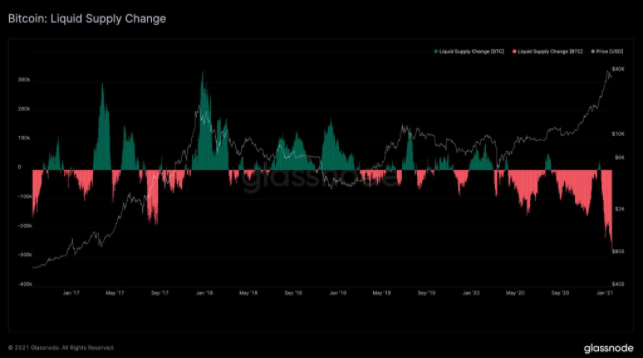 The data indicates that Bitcoin’s liquid supply has steadily dropped over the last nine months, with liquid supply currently sitting at 21.3%. The asset’s surging illiquid supply could be bullish for Bitcoin price, with new traders competing for an increasingly decreasing supply.

Glassnode estimates that nearly 80% of the 18.6 million circulating Bitcoin are presently stored in “illiquid” wallets. According to the data aggregator, a Bitcoin wallet is considered illiquid if less than 25% of the Bitcoin received has been transferred out across the entity’s life.

Of the 3.9 million highly-liquid BTC, 61% (2.38 million) is held by centralized exchanges. Their balances have also been dropping, with data from CryptoQuant indicating exchanges’ reserves have shrunk by 13.8% since July.

Increasing institutional investment may be a significant force driving the depletion of Bitcoin’s liquid supply. Wallet tracking service Bitcoin Treasuries currently estimates that 33 institutional entities have accumulated more than 1.2 million BTC (6.5% of Bitcoin’s circulating supply). Some of these entities include Grayscale Investments, PayPal, and Square.

Deutsche Bank Survey: Is Bitcoin Price In A Bubble?

Deutsche bank recently (Jan 13- Jan 15) conducted an investor survey, according to CNBC. Of the total 627 respondents, 89% think that Bitcoin and other tech stocks (such as Tesla) are at the top of the list of bubbles in the financial markets. 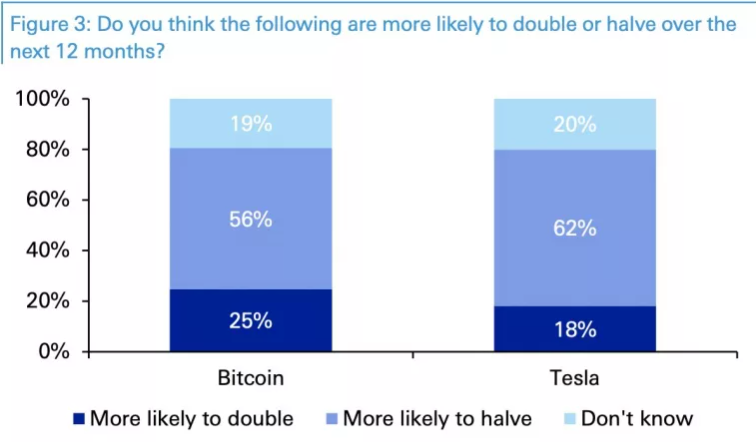 56% of the market professionals believe that Bitcoin is more likely to halve in value in one year. 62% of the respondents think that Tesla would see the same drop. On a 1-10 bubble scale, half the survey participants rated the flagship cryptocurrency at 10.

Around 25% of the respondents believe that BTC could likely double in value by the same time next year. This would mean that the asset will be priced north of $70,000. Over two-thirds of the participants believe the US Federal Reserve will not end its stimulus program before the end of 2021 – a possible catalyst for further growth in the fintech sector.

Bitcoin Price is likely going to touch the 50-day SMA ($28,000) as it keeps dipping. The bulls must defend this level with everything they have since a further break could potentially trigger a crash to the 50-day SMA ($16,250).