The Bitcoin price crashed by almost $9,000 as it dropped from $40,500 to $31,500 between June 15 and June 21. During this fall, BTC managed to flip the 20-day SMA from support to resistance and reverse the parabolic SAR from bullish to bearish. After some horizontal movement, read on to find out what happened next. 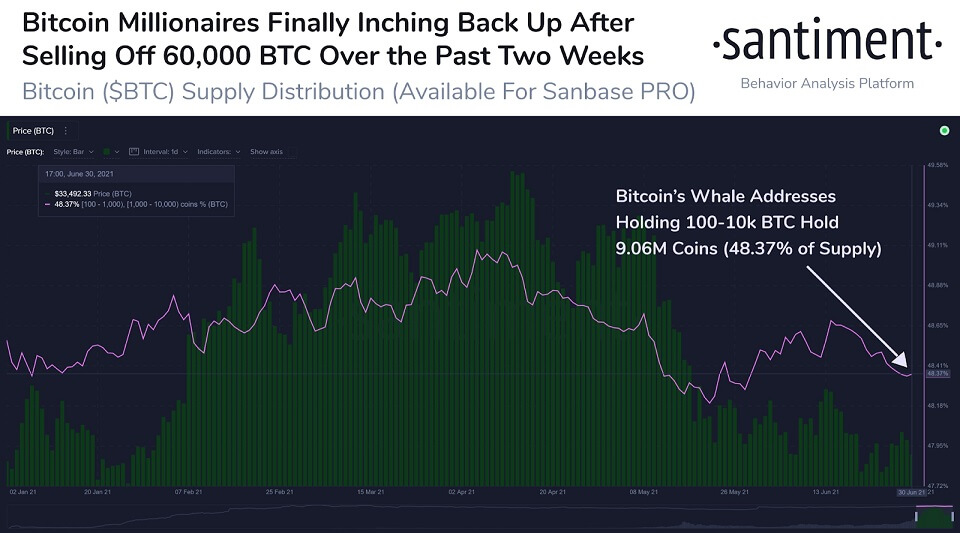 "Bitcoin's whale addresses holding between 100 to 10k $BTC are finally showing a turning point in accumulating again. In the past 2 weeks, these large addresses shed 60,000 $BTC. They hold 48.37% of the supply after holding 49.09% near the #AllTimeHigh." 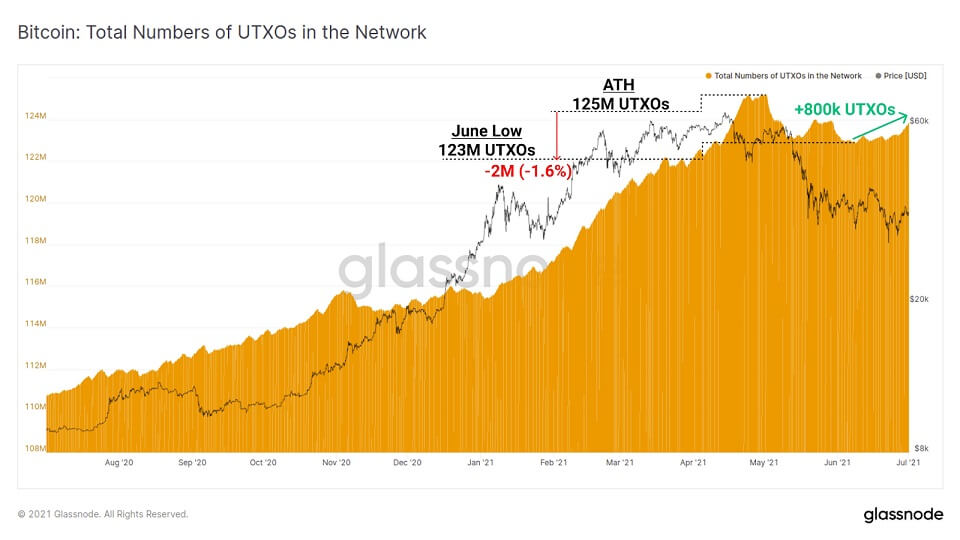 “Total UTXO count for #Bitcoin hit an ATH of 125M in early May, after which 2 Million UTXOs were spent during the sell-off and capitulation events. The total number of UTXOs has recovered by 800k since the low of 123M UTXOs set in early June.” 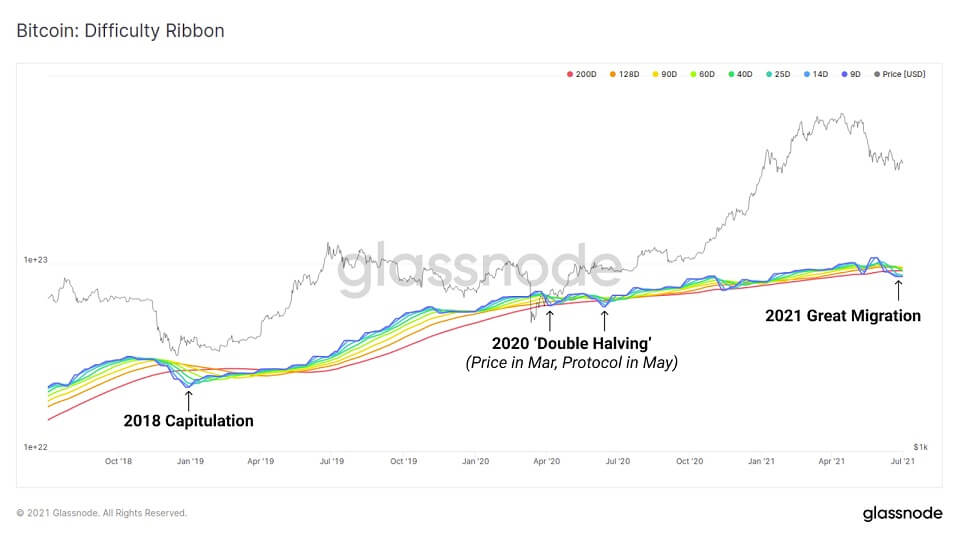 "The #Bitcoin difficulty ribbon has inverted, as the network responds to the 'Great Hash-power Migration'. This does not factor in the upcoming ~27% downwards adjustment expected on 3-Jul. This will invert the ribbon to the greatest extent since 2018." 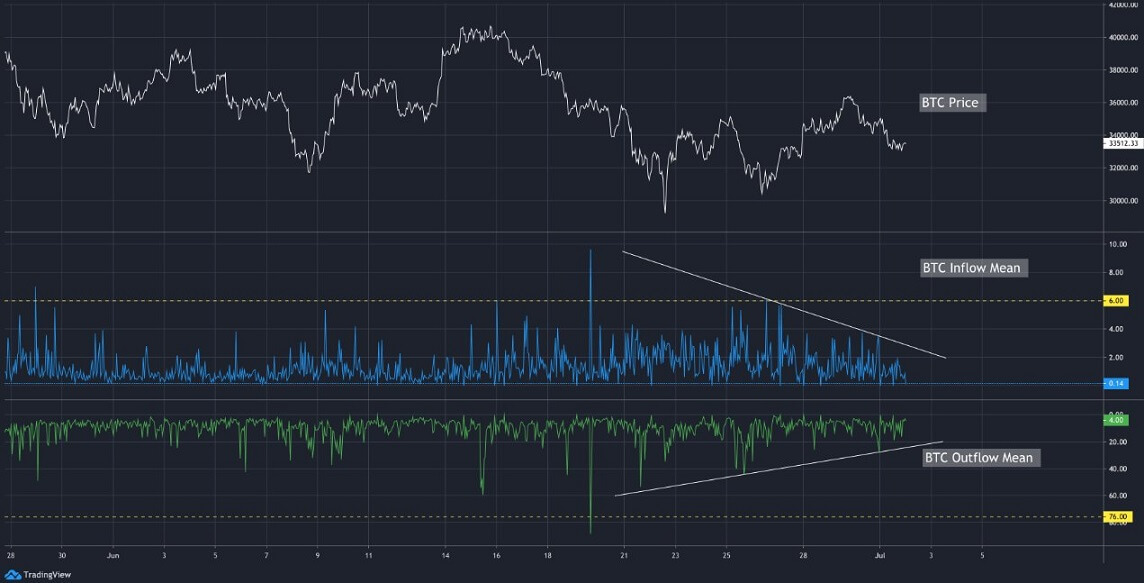 “US Institutional Money on Hiatus.”

Soros Fund Management is reportedly trading Bitcoin as part of a broader exploration into digital assets, as per sources familiar with the matter. Notably, Soros is the private investment firm of billionaire George Soros. According to TheStreet report, Dawn Fitzpatrick, CIO of Soros Fund Management, was permitted to trade Bitcoin and perhaps other cryptocurrencies in the last few weeks.

The individuals who spoke on the condition of anonymity stated Dawn Fitzpatrick and her team have been investigating cryptocurrencies for some time and that the current endeavor is ‘more than just kicking the tires’ on digital assets. In addition, Fitzpatrick is also said to be in talks about buying a private investment in prominent blockchain-based organizations. However, the firm did not disclose the identities of these companies.

Although the chief investment officer previously, when questioned if she owned any Bitcoin, answered “I’m not going to address it,” to which the interviewer responded, “That’s what I call a mysterious response.”

It is also worth noting that Soros expressed his support for the crypto sector back in April by becoming a strategic partner in a $200 million fundraising round for New York Digital Investment Group (NYDIG), a Bitcoin FinTech business.

NYDIG co-founder and CEO Robert Gutmann stated at the time that the funding round demonstrated that institutional adoption of Bitcoin was on the rise.

The next few days will be absolutely crucial for Bitcoin price. If BTC breaks below the $33,000 support wall, it will crash all the way down to the $30,000 psychological level.