Over the last four days, the Bitcoin price failed at the 20-day SMA and crashed from $39,000 to $34,130 – losing almost $5,000 in its overall valuation. Despite this drop, the MACD and the parabolic SAR tells us that the current market sentiment for BTC is still bullish. The bears have to take down the $32,000 support to reverse the parabolic SAR from positive to negative.

“#Bitcoin tumbled down to $33.8k as #crypto assets have universally dropped. Our members are keeping a close eye on the growing amount of short positions. When sentiment grows bearish like this, it generally indicates buy windows to go against the crowd.” 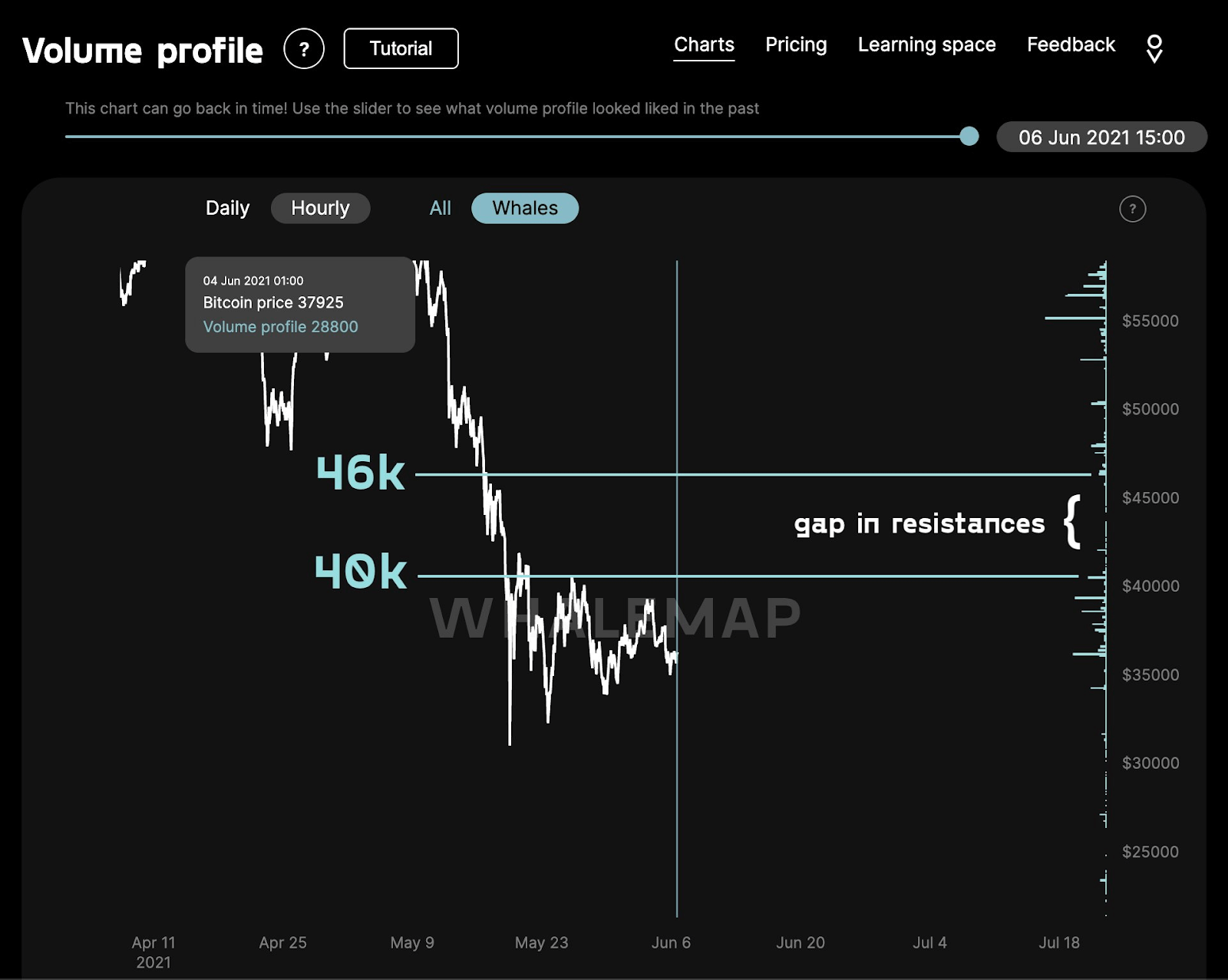 "The large gap in whale accumulation between 40 and 46k means that there is not much resistance between those levels.  Getting above 40k will get us to 46k pretty quickly." 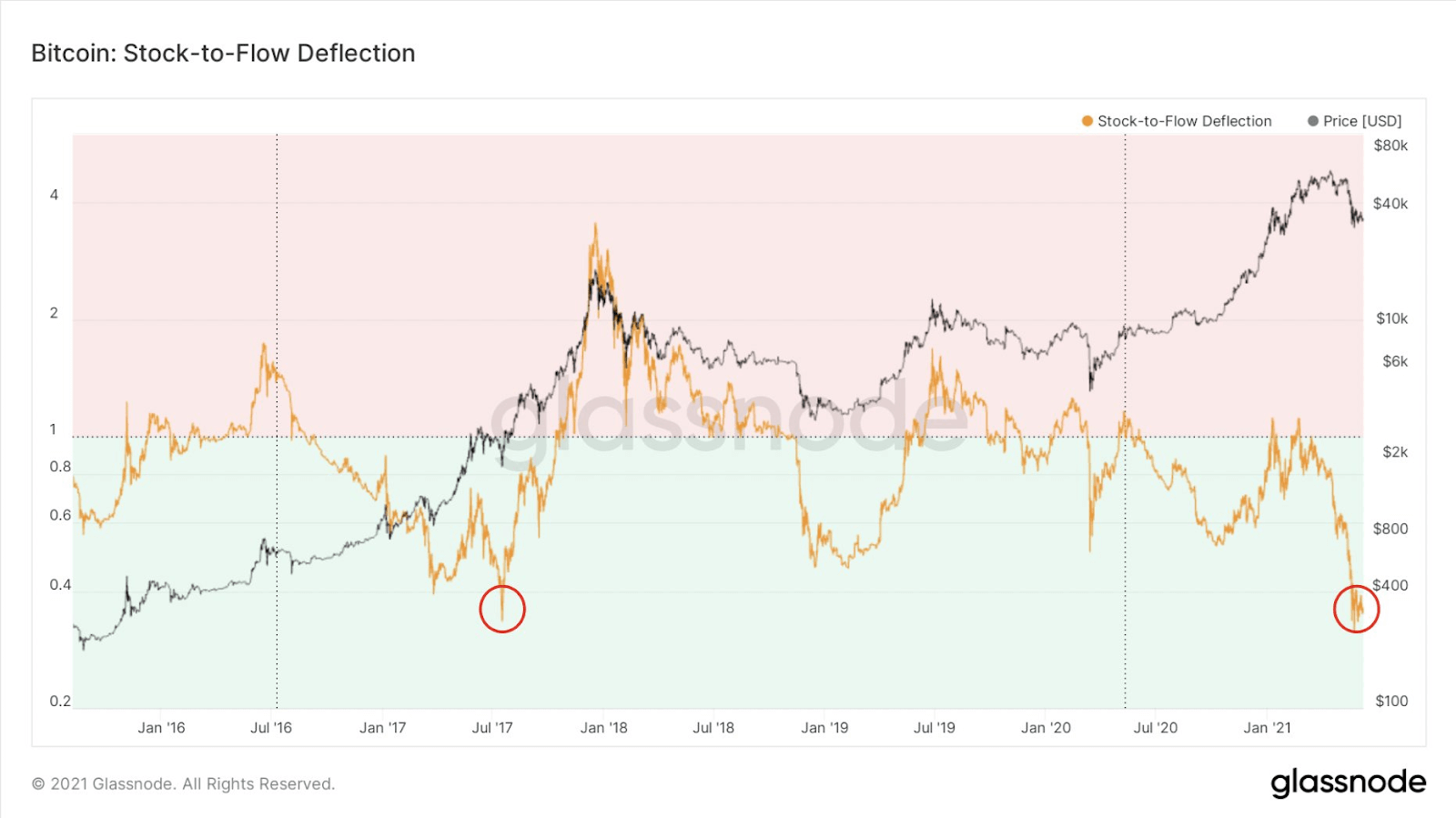 It seems like Bitcoin is straying further from PlanB’s stock-to-flow model. The model products Bitcoin price to reach $100K to $288K in 2021. 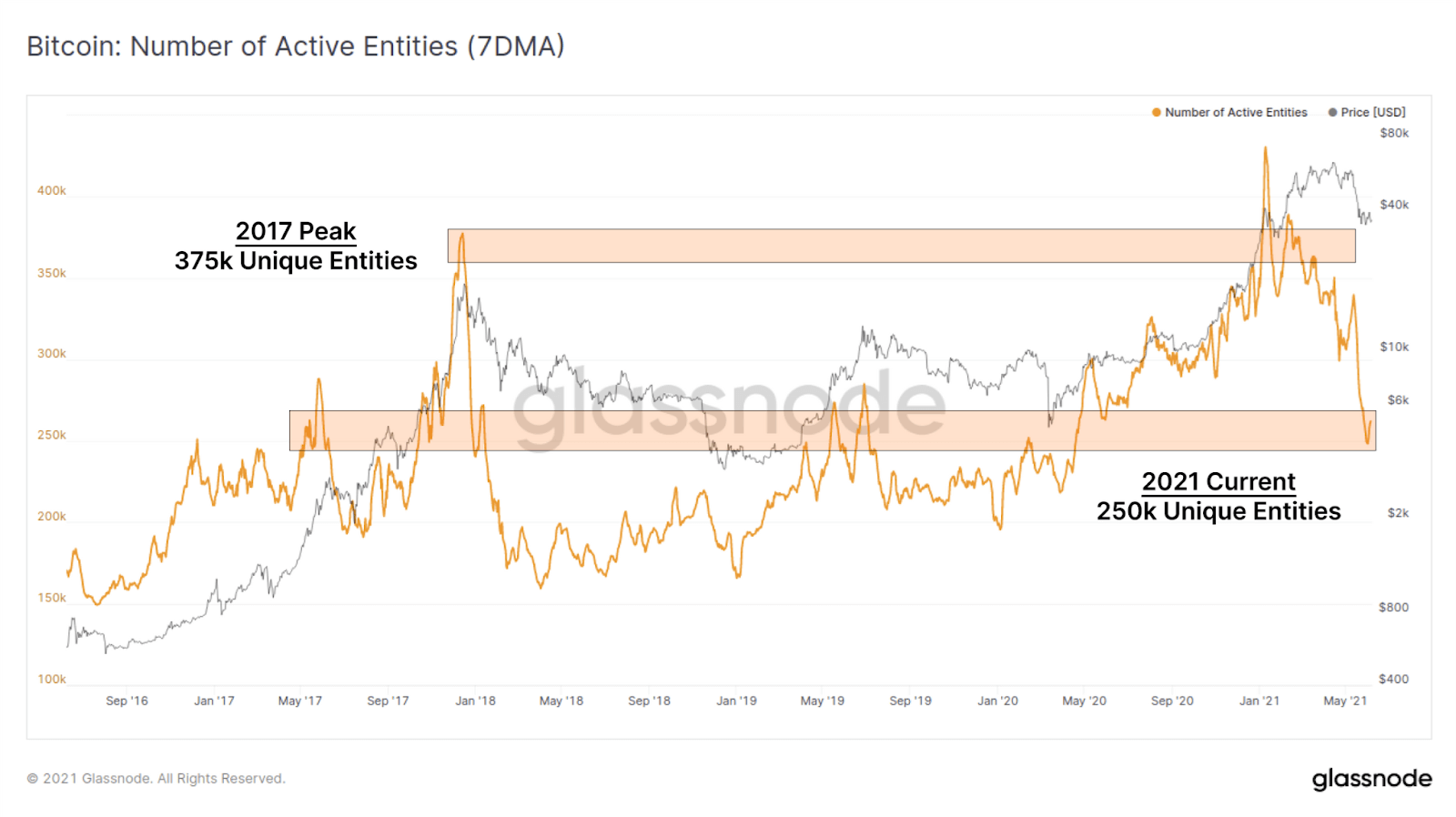 “The number of active entities has similarly pulled back, retracing from a high of 375k to around 250k unique on-chain entities. This is again coincident with values observed in late-2017 to early 2018 as interest in the asset wanes with falling prices.” 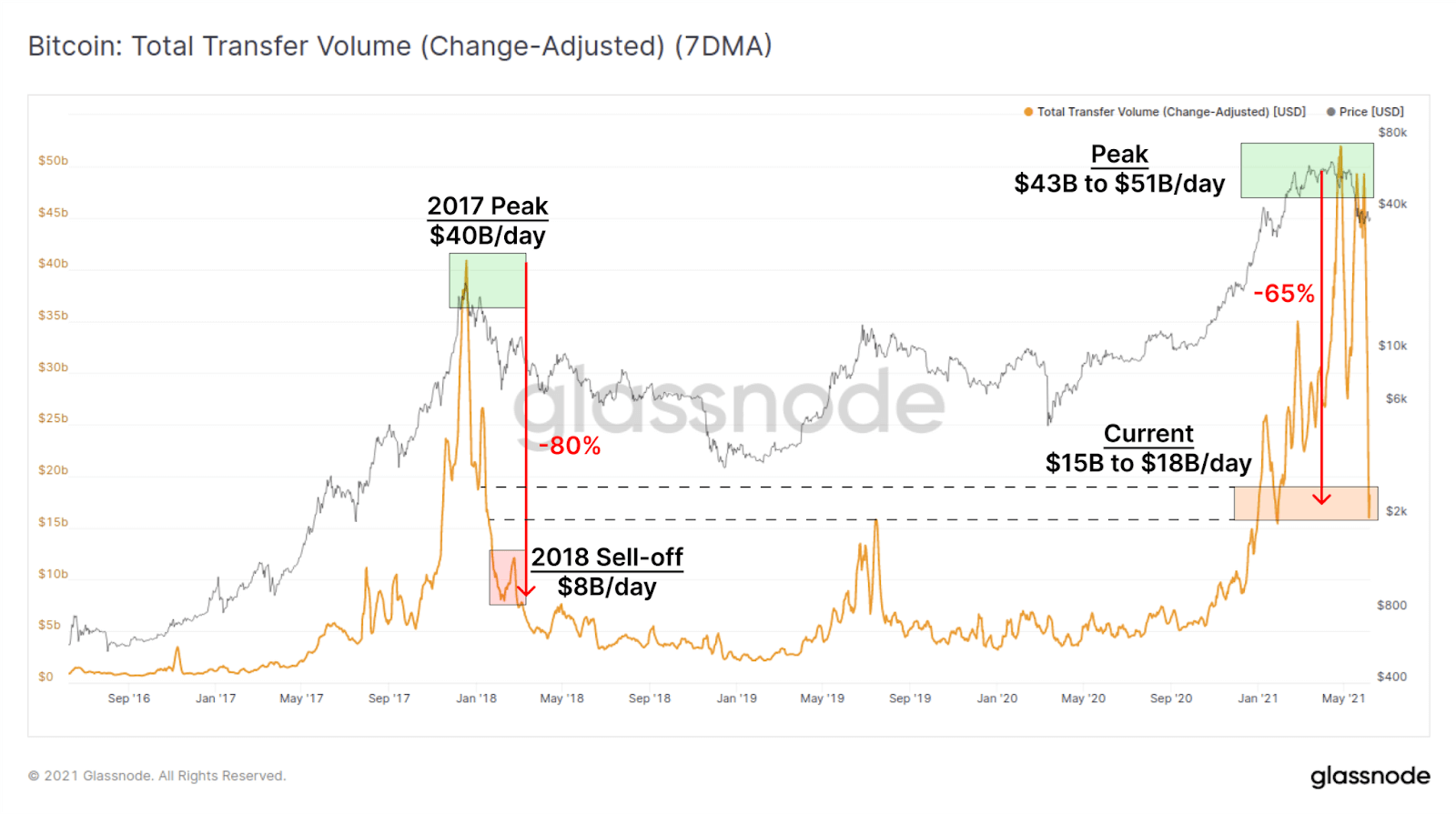 "The total USD denominated transfer volume settled by the Bitcoin network has pulled back by a whopping 65% in the last two weeks. Change-adjusted transfer volume fell from over $43B/day down to $15B/day. Again, the 2017 aftershock is the only event of comparable scale where on-chain settled volume fell by 80% over a period of around 3 months." 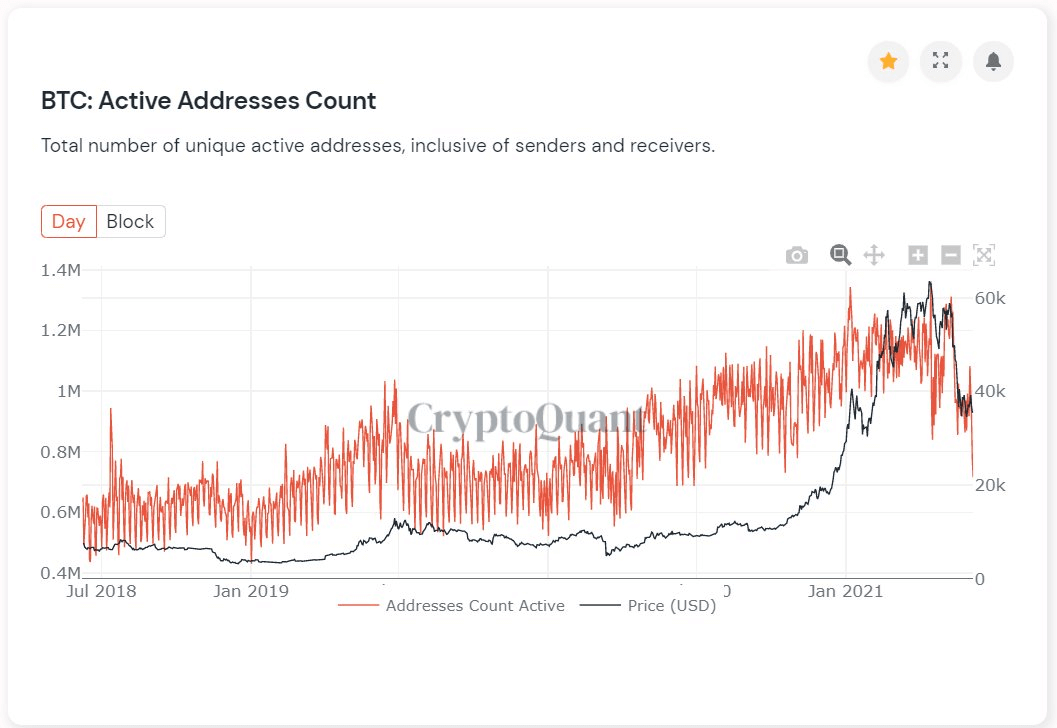 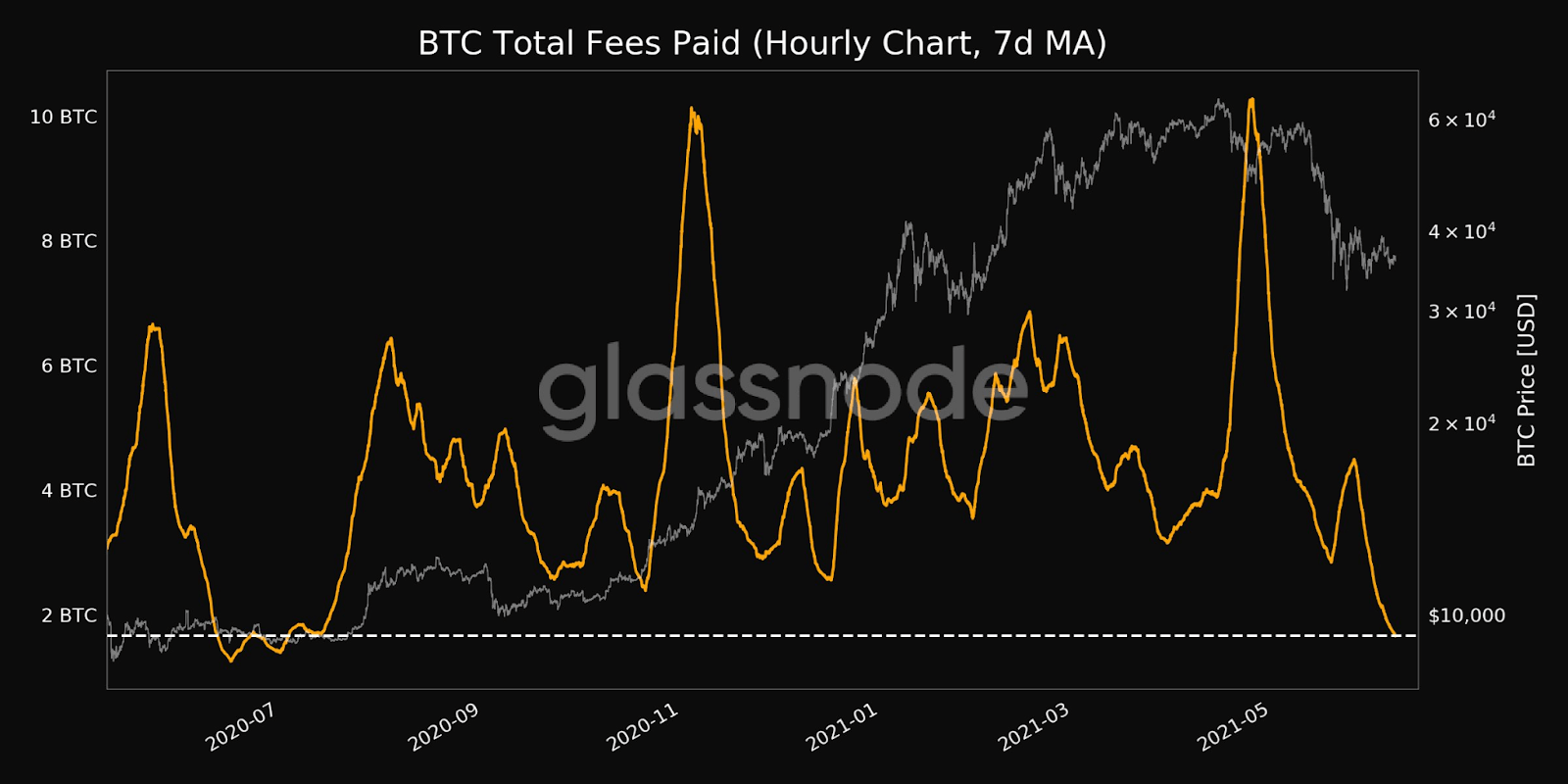 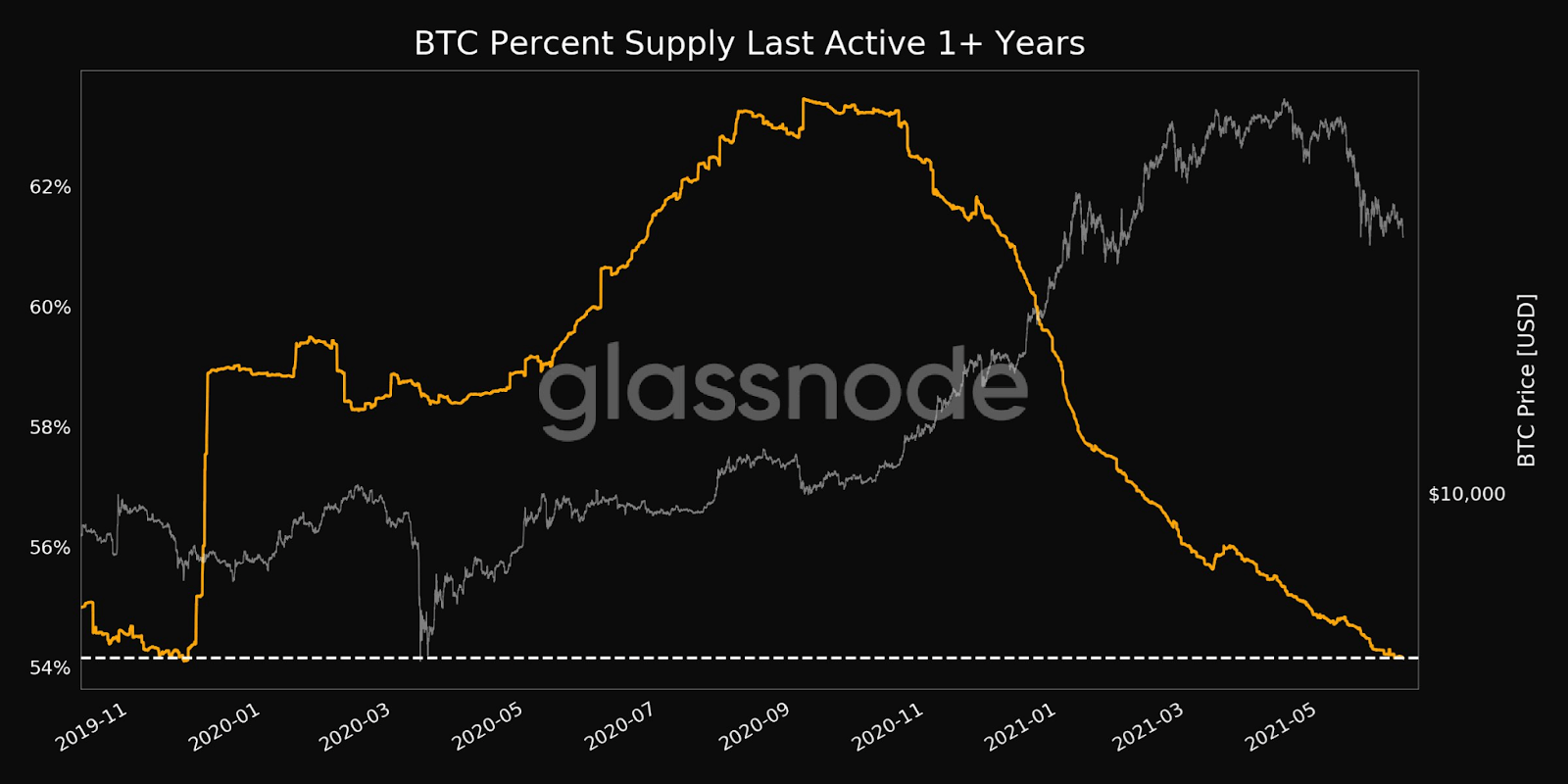 The market holds $34K as support and reverses and then breakout above $40K, which makes a short squeeze possible to $46-49K.” 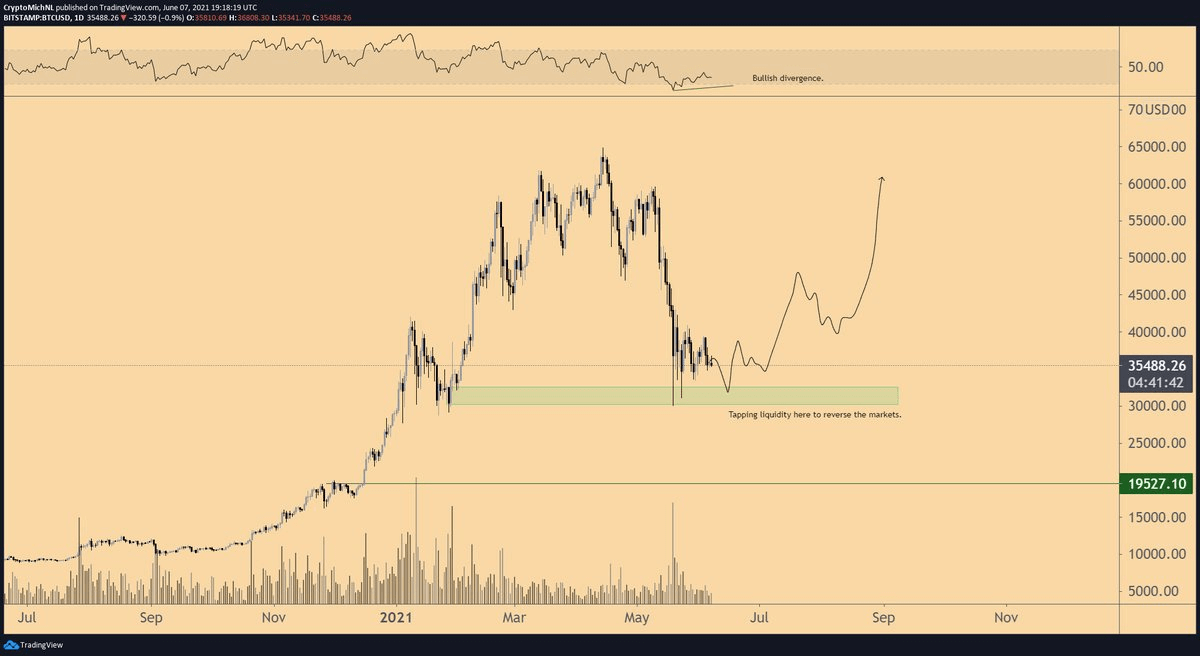 We break below $34K and then we're going to tap into support for a bullish divergence and to tap the liquidity before reversing the markets.

Many #altcoins show the same opportunity then.”

Australia’s first capital growth fund, Monochrome, is set to offer Bitcoin exposure to wholesale investors. It has received inquiries from several wealth groups, according to the fund’s founder.

According to Stockhead, Monochrome CEO Jeff Yew believes that the lack of regulated instruments is why institutional adoption in Australia is lagging behind international markets. Yew added that he hopes Monochrome will help lead Australia toward further crypto adoption, including introducing the first Bitcoin ETF in Australia.

To modernize Australia’s financial sector, the government is currently accepting submissions to a Senate inquiry concerning how to best regulate cryptocurrencies.

Brisbane is the third-largest city in Australia and is considered the digital asset hub of the country. Binance Australia, Swyftx, and Digital Surge cryptocurrency exchanges are all headquartered in Brisbane.

The buyers need to overcome the 20-day SMA to take down the $39,000 resistance barrier and push Bitcoin price towards $40,000 again.