Looking at the Bitcoin price daily chart, there are three sell signals: 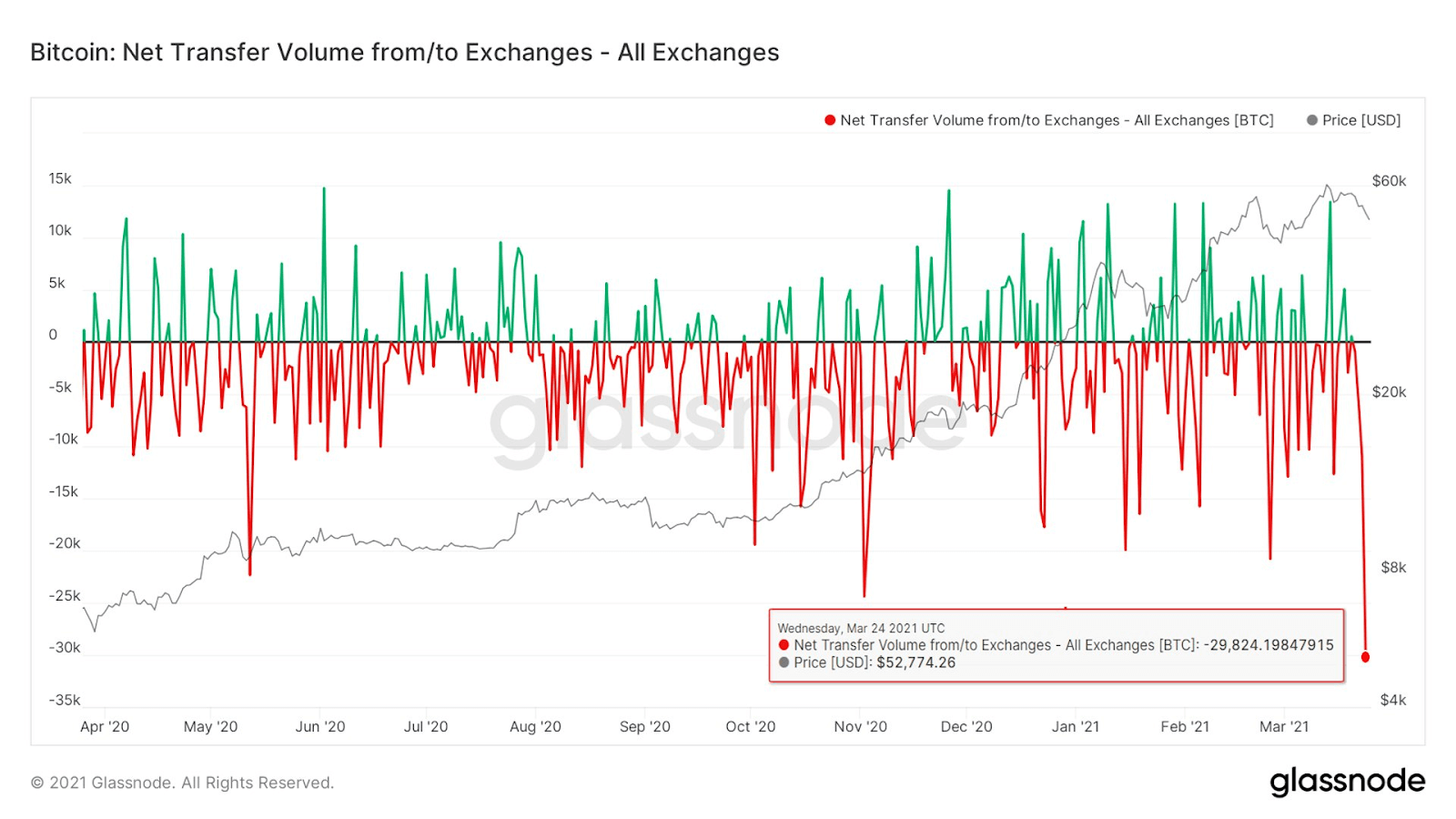 As per Glassnode, Yesterday was the largest down-draw in Bitcoin Supply from Exchanges since November 1st, 2019. 29,824 Bitcoin were withdrawn from Exchanges yesterday, or ~$1.5 Billion. So, it looks like the whales are being smart and buying up coins.

Also, CryptoQuant shared the following chart to show how high the price sentiment is among the Koreans. 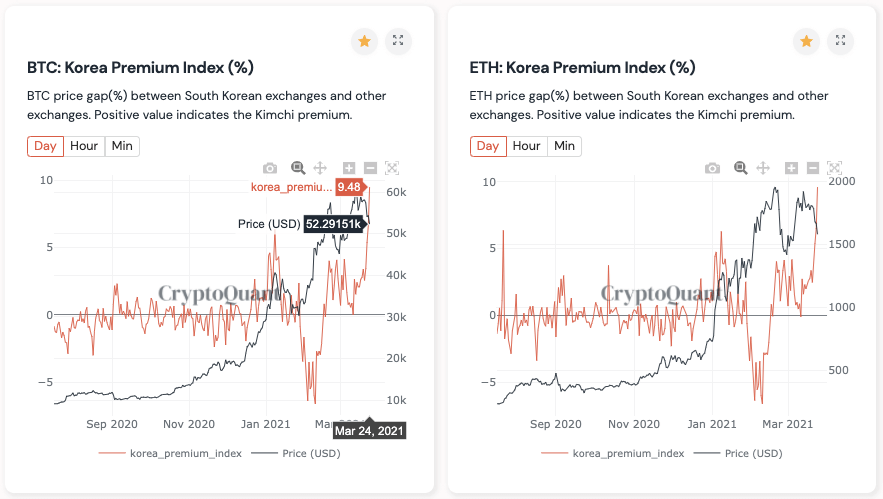 According to a recent SEC filing, Goldman Sachs has requested approval for a new Exchange Tradable Fund (ETF) with the option to add exposure to Bitcoin. The firm noted that the financial product, dubbed Autocallable Contingent Coupon Coupon ETF-Linked Notes, would mature on March 26, 2026.

The fund’s primary investment strategy recognizes technologies that benefit from “products or services under development” as disruptive. These technologies or companies may belong to various sectors (energy, transportation, genomics, etc.) with scientific research that supports them, the document noted.

The ETF is an actively managed exchange-traded fund that will invest under normal circumstances primarily (at least 65% of its assets) in domestic and foreign equity securities of companies that are relevant to the ETF’s investment theme of disruptive innovation.

In addition to Bitcoin, the ETF would invest in fintech firms, “next-generation” internet companies, AI, energy transformation and automation transformation entities. A excerpt from the document reads:

The ETF is permitted to lend its portfolio securities to brokers, dealers and other financial institutions desiring to borrow securities to complete transactions, in pursuing arbitrage opportunities or hedging strategies or for other similar purposes.

Fidelity has recently revealed its intentions to launch the Wise Origin Bitcoin Trust, a Bitcoin ETF that will allow investors to gain exposure to the digital asset without holding the currency themselves. If approved, Fidelity Digital Assets (a branch of the firm founded in 2018) would custody the assets.

Fidelity Digital Assets would track the performance of Bitcoin through Fidelity Bitcoin Index PR. Coin Metrics will be the calculation agent for the index.

In a statement, Fidelity said:

The digital assets ecosystem has grown significantly in recent years, creating an even more robust marketplace for investors and accelerating demand among institutions. An increasingly wide range of investors seeking access to bitcoin has underscored the need for a more diversified set of products offering exposure to digital assets.

Jesse Powell, the CEO of Kraken crypto exchange, recently reiterated his prediction of Bitcoin hitting $1 million in the next few years. In a recent H3 podcast interview, he revealed that when BTC was trading at $1, he made the mistake of investing $100,000 in mining equipment instead of investing in BTC itself.

Powell said that Bitcoin could go from $500,000 to $1 million in the next few years “easily” over monetary policies such as quantitative easing that could cause inflation or currency debasement. He said:

It’s still early. I think so, I think Bitcoin is going to be $500,000 easily within the next few years. Look at how much money printing’s going on. Easily we’re going to hit a million dollars in Bitcoin.

Commenting on the thousands of altcoins available, Powell compared the cryptocurrency space to the stock market, advising investors to stick to the popular altcoins as they would if investing in stocks. Brand names like Apple, Google and Facebook are safe bets, and he said that the same is true for both Bitcoin and Ether.

Don’t pay attention to all the new things coming out constantly. Just stick to Bitcoin and Ether. If you want to be super safe, I think Bitcoin and Ether are super safe bets. Everything else, it gets more exotic and you get higher returns with more risk, but I wouldn’t look at other thing.

The Bitcoin price will likely keep trending between the 50-day SMA and the upward trending line.