Is the Bitcoin Price uptrend over?

Prior to this drop, the Bitcoin price was on a steady climb between July 21 and August 9 (save for the slight blimp in between). During this rise, Bitcoin managed to flip the 20-day, 50-day, and 200-day SMAs from resistance to support. Plus, they also reversed the MACD from red to green. However, this rise in price did push the relative strength index (RSI) into the overbought zone which triggered the aforementioned correction.

"#Bitcoin continues ranging at the $44k to $46k price level, and token circulation has remained lower than expected. Our NVT model points to a need for daily unique tokens to move at a slightly higher frequency in order for $BTC to take another crack at an #AllTimeHigh." 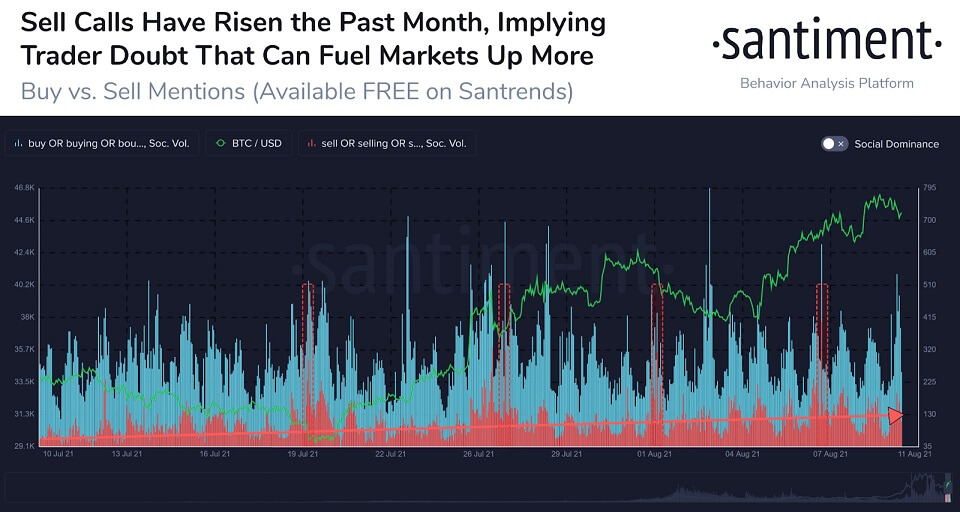 "As #Bitcoin is now hovering in the $45k range, our data indicates that mentions of #sell or #selling are up on major #crypto platforms over the past month. This trend of uncertainty and doubt can historically push $BTC's price up further." 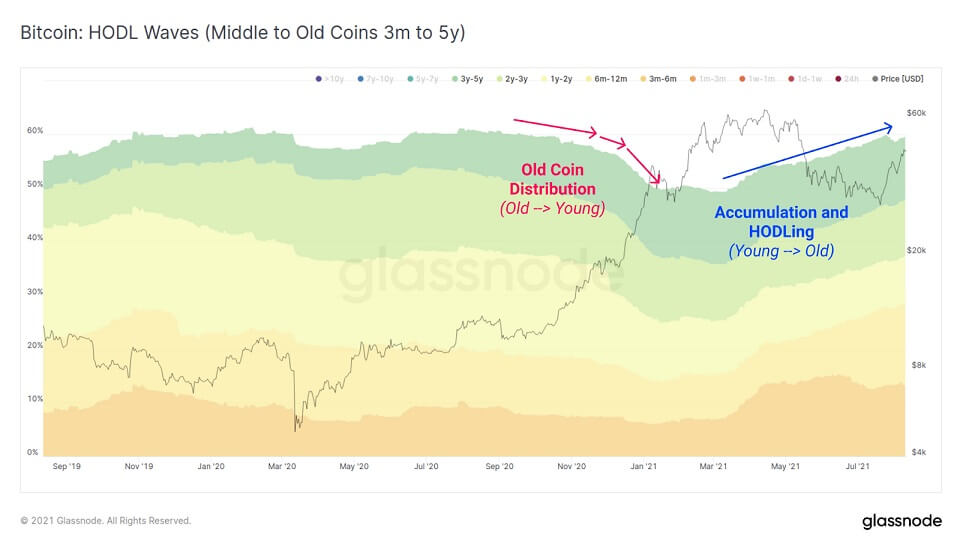 "#Bitcoin HODL waves for Middle-aged (3m-1y) and Old coins (1y-5y) show the other side of this equation. Younger coins are held dormant and thus mature into older and older age brackets over time showing the conviction of $BTC holders is high." 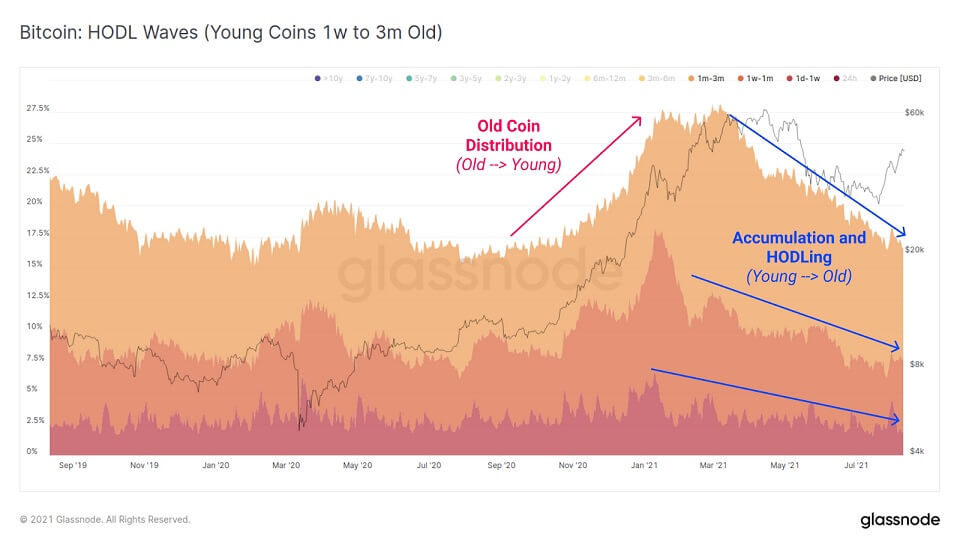 "There are strong indications of accumulation and HODLing behaviour in #Bitcoin on-chain data. The $BTC HODL waves for Young Coins (1w-3m) have been in in structural decline since Feb. This indicates fewer old coins being spent, and young coins are being taken into cold storage." 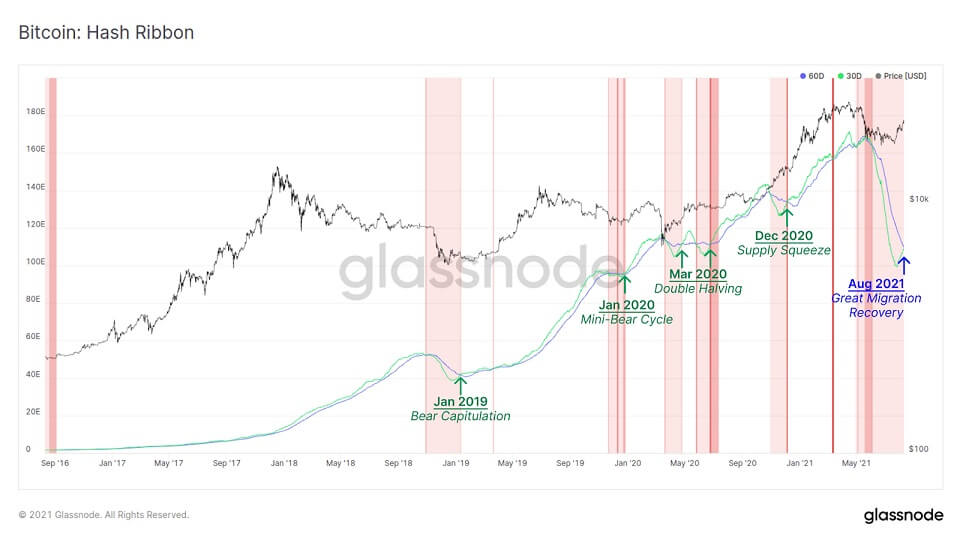 "The #Bitcoin Hash Ribbons are about to complete a bullish cross-over. This signals that miner hash-rate is recovering. Historically, the 30D hash-ribbon crosses above 90D when the worst of the mining impact is over, and recovery is underway." 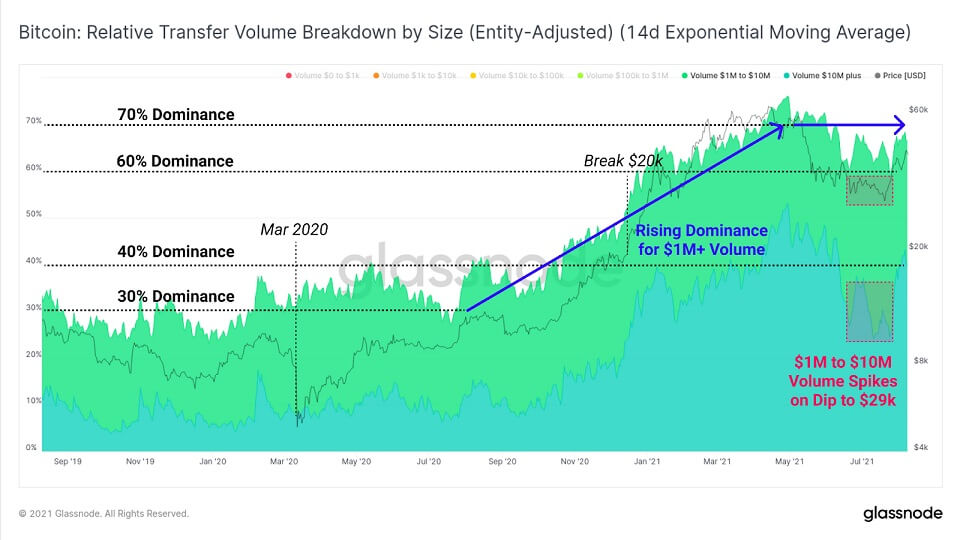 "The dominance of large #Bitcoin transactions (> $1M) has risen from 30% in 2020, to over 65% in 2021. This reflects a growing share of institutional interest, and capital being transferring across the #Bitcoin network." 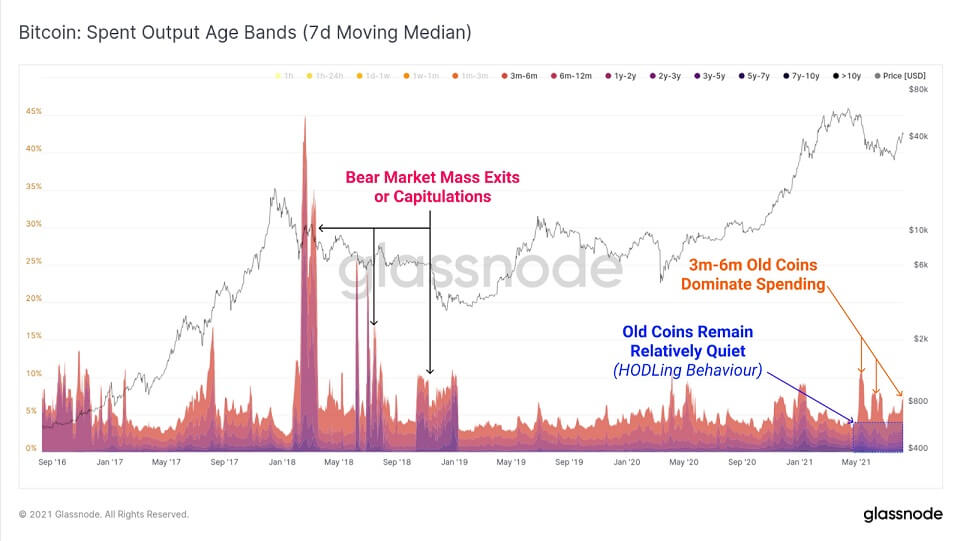 "Despite a strong rally to $45k, the #Bitcoin market still has not seen a significant increase in old coins (> 1y) being spent. This is very different to the 2018 bear market where old hands took exit liquidity on most relief rallies."

A Dutch family that went all-in on Bitcoin back in 2017 has revealed its secrets to safeguarding the asset. BTC has increased in price by around 5,000%. The family of five’s storage plan includes a series of secret locations spread across four different continents.

In 2017, the “Bitcoin family” liquidated all of its assets and went all-in on BTC when it was trading around $900. With BTC trading over $45,000 today, the family’s undisclosed fortune is substantially larger. Patriarch of the family, Didi Taihuttu, explained that he has hidden the hardware wallets across several countries, so he never has to fly very far if access to a cold wallet is needed.

Speaking to CNBC, he revealed that there were two hiding spots in Europe, another two in Asia, one in South America, and a sixth in Australia. He added that there were no secret underground bunkers and the physical locations ranged from rental apartments and friends’ homes and self-storage sites.

“I prefer to live in a decentralized world where I have the responsibility to protect my capital."

Hardware or cold wallets are a popular way to store crypto-assets offline. However, the owner is fully responsible for the private keys, and there is no one to turn to in the event of theft or loss. Castle Island Ventures general partner and Coin Metrics co-founder Nic Carter explained:

“If you want to store your coins truly outside of the reach of the state, you can just hold those private keys directly. That’s the equivalent of burying a bar of gold in your backyard.”