The Bitcoin Price Retreats After Encountering Resistance At $58,500

The latest Bitcoin price surge has been hindered by the $58,500 resistance after which it dropped to $56,800. The overall sentiment for BTC is positive as per these two signs. 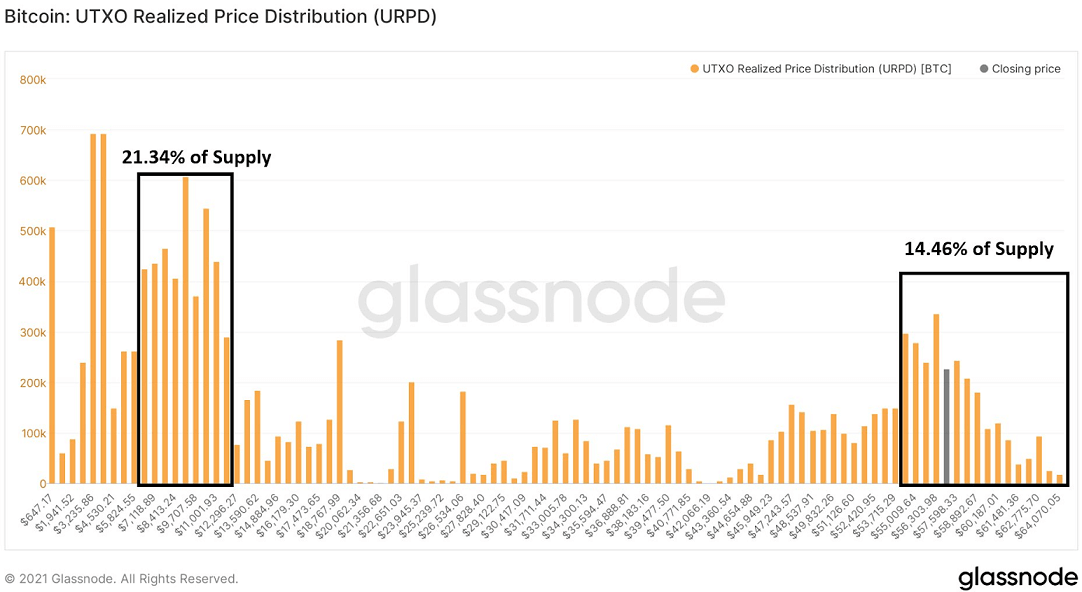 William Clemente III shared the above image along with this insight:

“Back above the 1 trillion $ threshold, #Bitcoin is building up the largest base of capital at these price levels since $6K-$11K. Each bull-market forms a base of capital 2-3X above previous ATH, marking "the point of no return." Would eye this as the next bear market floor.

Bitcoin Price FUD On The Rise

“With #Bitcoin bouncing back hard above $58.4k, traders are once again not believing the hype. Our sentiment data indicates commentary is more negative than usual despite $BTC's highest price level since April 17th, ironically fueling prices higher.”

Glassnode shared the above image to show that long-term investors are holding on to their coins:

“CDD-90 quantifies the amount of Coin Days Destroyed over the past three months. After an initial increase towards the beginning of the year, it has reset back close to baseline levels – indicating increased hodling from long-term investors.”

The Bitcoin price will need to cross over the $58,500 resistance barrier to break past the $60,000 psychological level.