The Bitcoin price has been trapped between the 20-day SMA and the $32,500 over the last three sessions. During this time period, BTC managed to flip the 20-day SMA from support to resistance. The MACD shows that the overall market momentum is still slightly bullish. 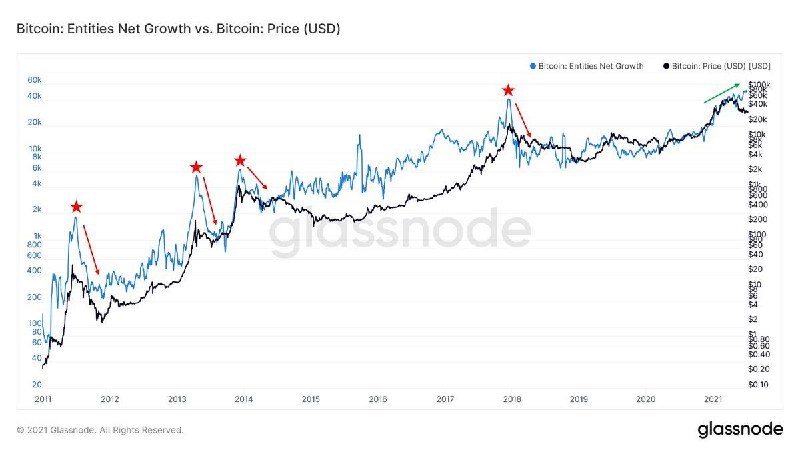 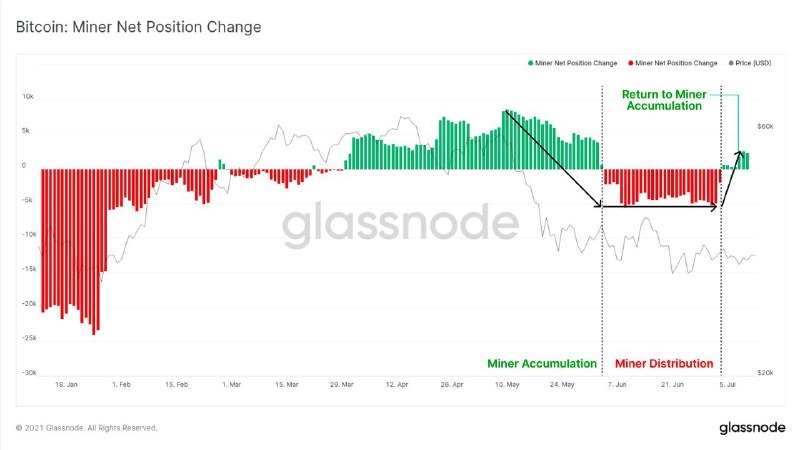 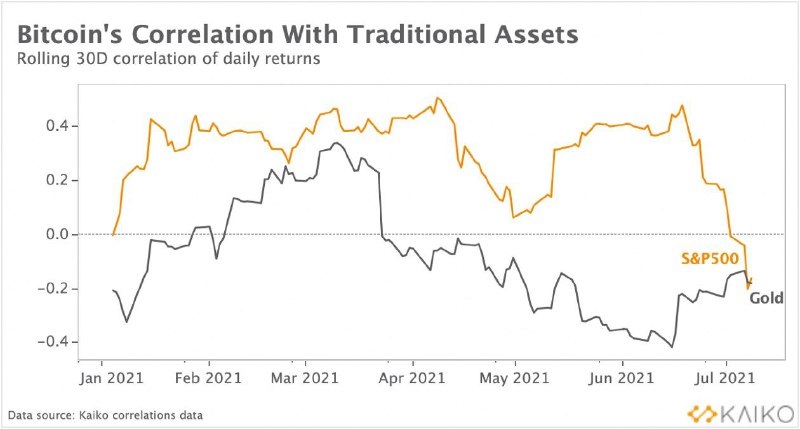 "For the first time this year, Bitcoin’s correlation with the largest equity index has flipped negative."

While Bitcoin has remained locked in a somewhat narrow price corridor over the past few weeks, several key on-chain metrics are now indicating a positive trend overall, according to the latest weekly report published by crypto metrics platform Glassnode.

Glassnode pointed to early signs of Bitcoin hash rate recovery following China’s crackdown of BTC mining, which forced local mining pools to either go offline or relocate abroad. The speed at which the Bitcoin network’s computing power returns could determine whether overall market sentiment is bearish or bullish, the researchers noted.

Per the report, Bitcoin’s hash rate has somewhat recovered from its recent peak drop of 55% to a 39% decline. Should the metric remain at this level, it would mean that nearly one-third of the hash power that was affected by China’s clampdown has come back online. If the hash rate recovers rapidly, it could mean that a significant number of miners have successfully relocated or relaunched their hardware. By extension, this Ñould also take some selling pressure off them since those miners would be able to profit again and not worry about liquidating their earnings.

Another indicator is whether BTC is predominantly deposited on exchanges or withdrawn from them. Essentially, the more BTC users move to exchanges, the higher the likelihood of them selling their coins and vice versa. Glassnode said:

"Throughout May...a flood of BTC was deposited to exchanges, alongside the market selling off by ~50%. On a 14-day moving average basis, the last two weeks in particular have seen a more positive return to exchange outflows, at a rate of ~2k BTC per day."

Meanwhile, the activity on crypto derivatives markets, such as futures and options, continues to decline. Following a series of massive liquidations that accompanied the crypto market’s dip in May, this could suggest “a reduced appetite for leveraged speculation.”

Such a significant decline across all derivatives markets lessens their impact on the price. As a result, BTC spot trading volumes are gradually reclaiming their role as the main driving force behind Bitcoin’s price movements instead of “short/long squeezes or leveraged liquidations,” Glassnode explained.