This Tuesday, the Bitcoin price jumped from $33,450 to $37,350 flipping the 20-day SMA from resistance to support. Following that, BTC has been trending horizontally around $37,000 and is sitting on top of the 20-day SMA. The MACD shows increasing bullish market momentum, so a further rise is expected.

The Bitcoin price has healthy support at the $35,000 line. As per the IOMAP, over a million addresses had previously purchased 480,000 BTC at this level.

"As #Bitcoin prices continue to range two months after its #AllTimeHigh, #bullish and #bearish calls are rising as the crowd continues to polarize. Track this comparison chart closely to see when #bearmarket calls climb higher as a sign of capitulation." 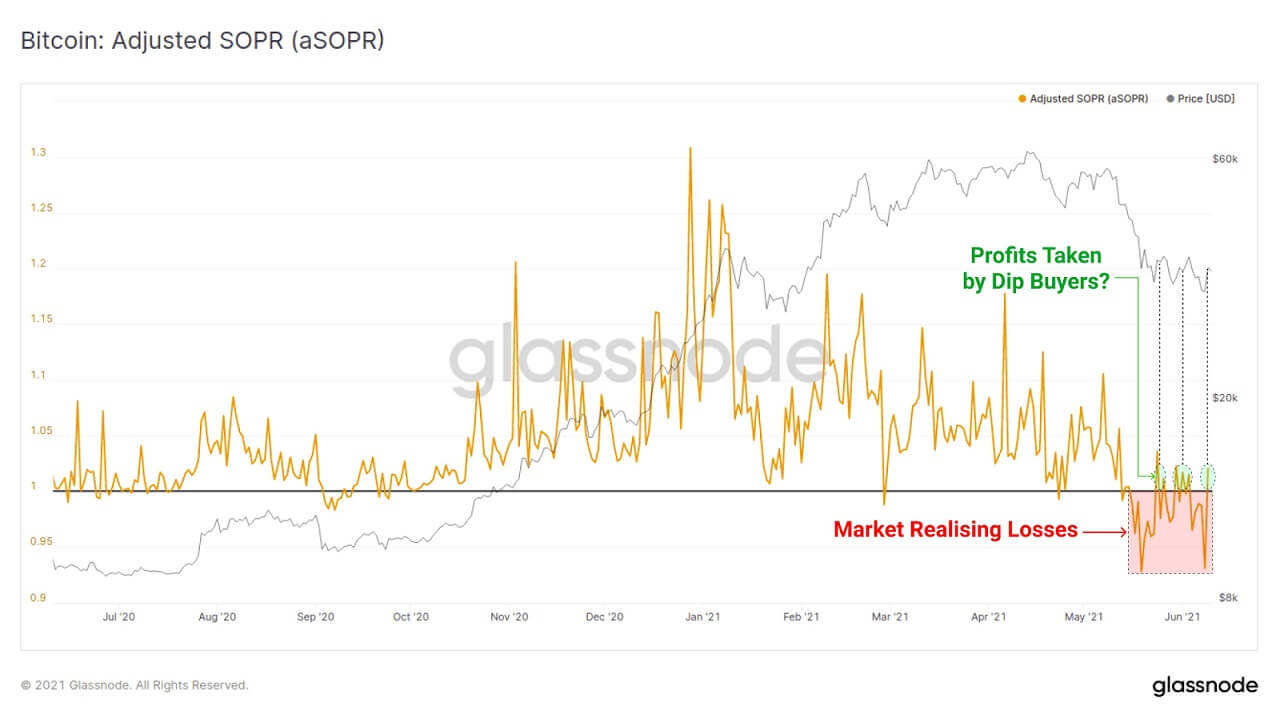 "Adjusted SOPR provides insight into the magnitude of profit or loss realised by the market on-chain. Recently, aSOPR persisted below 1 as losses were realised. Dip buyers also appear to be taking profits as aSOPR has just spiked above 1." 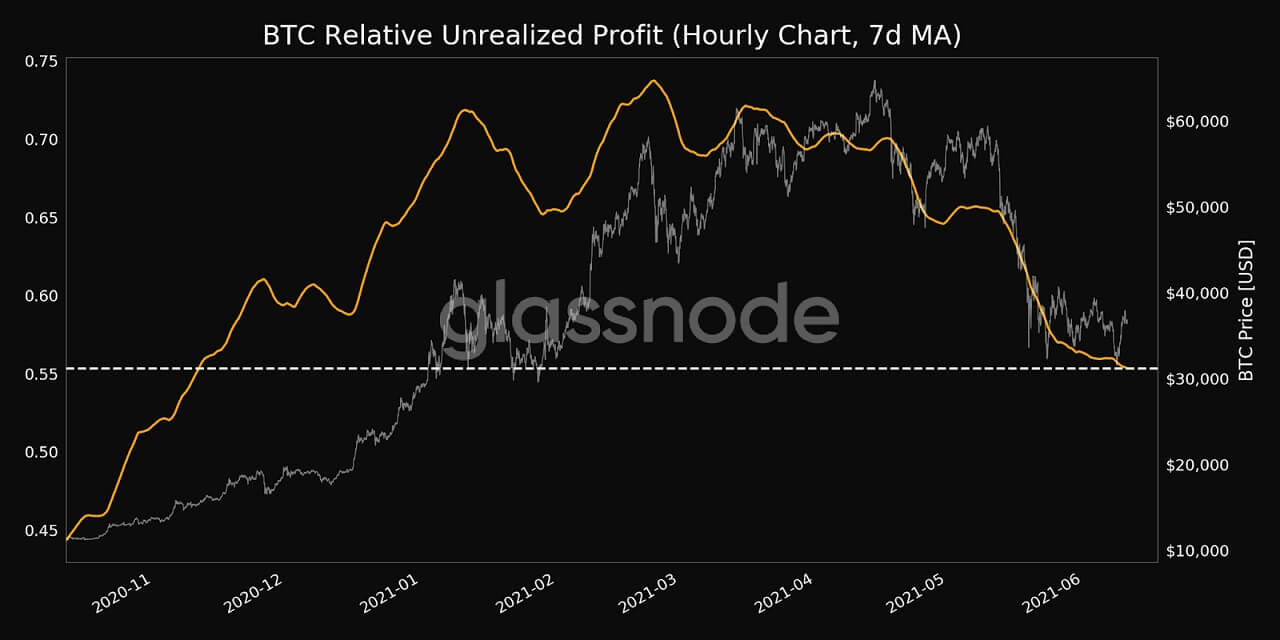 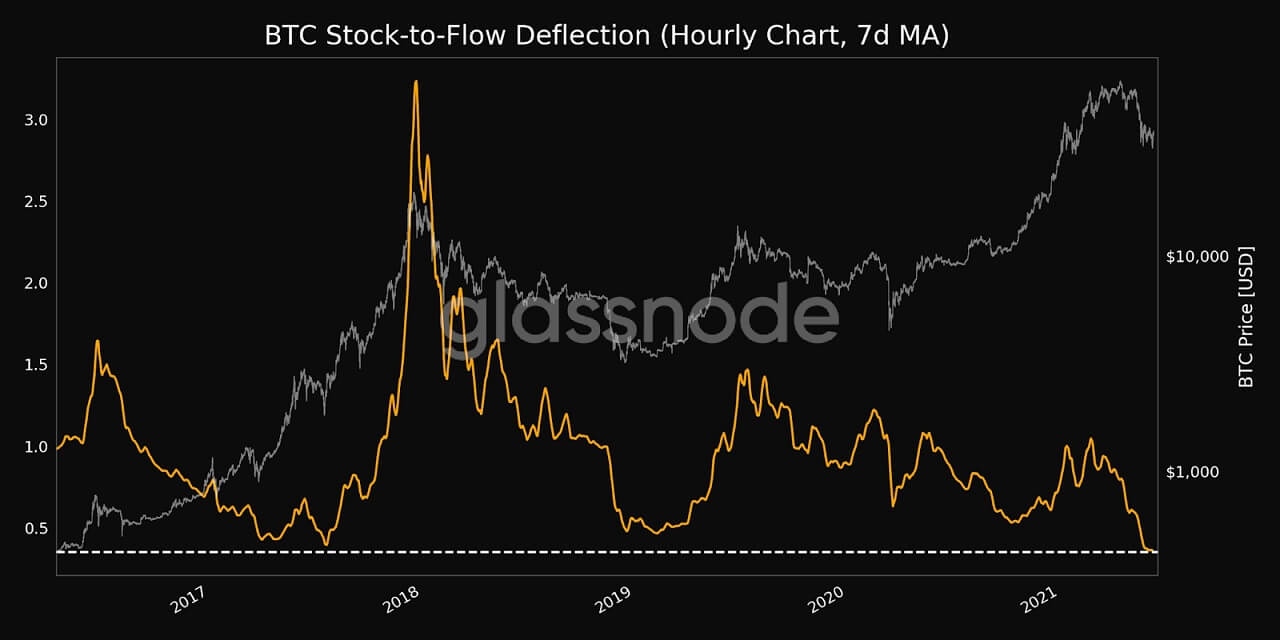 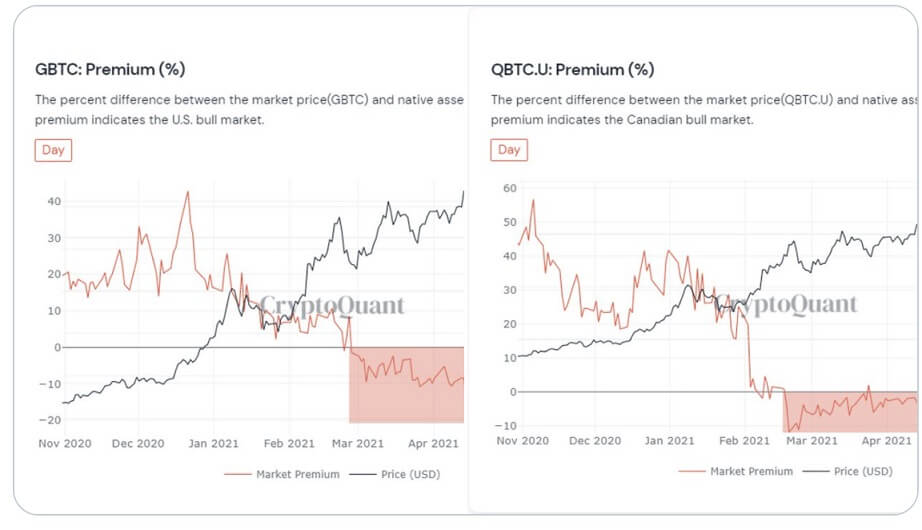 “Institutional demand for $GBTC and $QBTC is decreasing.

- Both QBTC, GBTC have negative premiums since Mar. 21'

- GBTC is holding $BTC since the last purchase on Feb. 21' 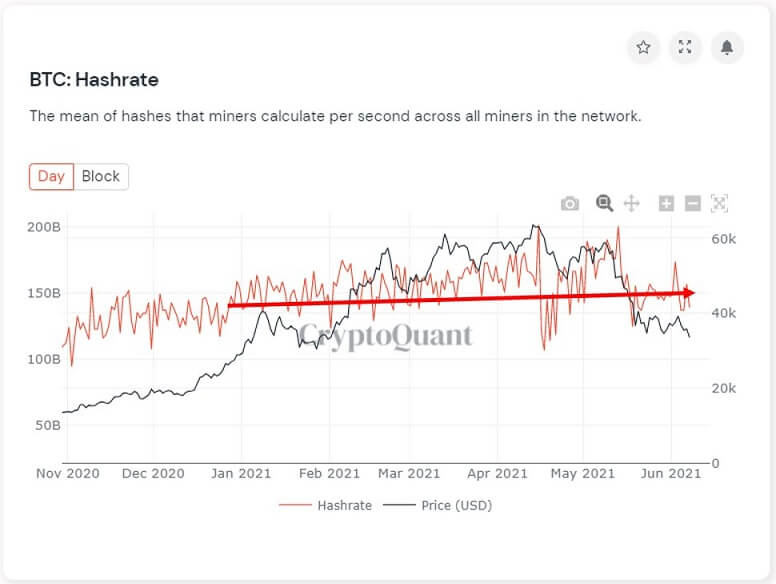 “$BTC Miners are holding on for what?

Miners are still mining - Hashrate stabilized in 150B range.

Miners are still holding. - All miners to all exchanges flow shows a decreasing trend.”

According to Pomp, Bitcoin DeFi project Sovryn has overtaken Uniswap v3 by TVL?

Sovryn, a Bitcoin money market protocol built on smart contract platform RSK, recently appeared to be shooting up through the DeFi rankings. Bitcoin commentator Anthony Pompliano recently shared data and indicated the protocol had amassed a total value locked (TVL) of $1.95 billion, ranking it 14th for the sector and beating out DeFi darling Uniswap v3.

Sovryn has a higher TVL than Uniswap V3. I keep telling everyone that DeFi infrastructure on Bitcoin is the most mispriced opportunity in the market. Proceed as you wish.

Pompliano and many of his followers were aggrieved that Ethereum-focused platforms, such as DeFi Pulse, did not list Bitcoin DeFi projects like Sovryn and Stacks. He stated

One would be in top 15 of TVL list, and the other would be top 25. Why are they not included?

Pompliano’s post about Sovryn garnered criticism from Ethereum ecosystem proponents who disputed the idea that Sovryn had garnered a ten-figure TVL. “ChainLinkGod” suggested staked governance tokens may have contributed to an exaggerated TVL estimate.

Staked governance tokens should not count as TVL for a lending protocol, no other protocol tracks their market's TVL like this, look at Aave and their safety module, seems quite misleading because that capital isn't available for borrowing.

DefiLlama later adjusted its data for Sovryn, listing the project as having a TVL of just $52 million. The updated data matched the TVL provided by Sovryn’s own Wiki. DefiLlama also confirmed that its previous estimate of Sovryn’s TVL was nearly $2 billion and had indeed resulted from including the capitalization of staked assets. The data aggregator added that it would soon issue an update to its website allowing users to choose whether or not staked assets are included in TVL data.

If the Bitcoin price breaks above the $38,500 resistance barrier, it will reverse the parabolic SAR from negative to positive.