The Monday recovery remained pretty short-term though since the bears took back control and dropped Bitcoin price to $37,600 after encountering resistance at the 200-day SMA. The relative strength index (RSI) is trending along the edge of the oversold zone so a drastic drop could trigger a bullish surge. 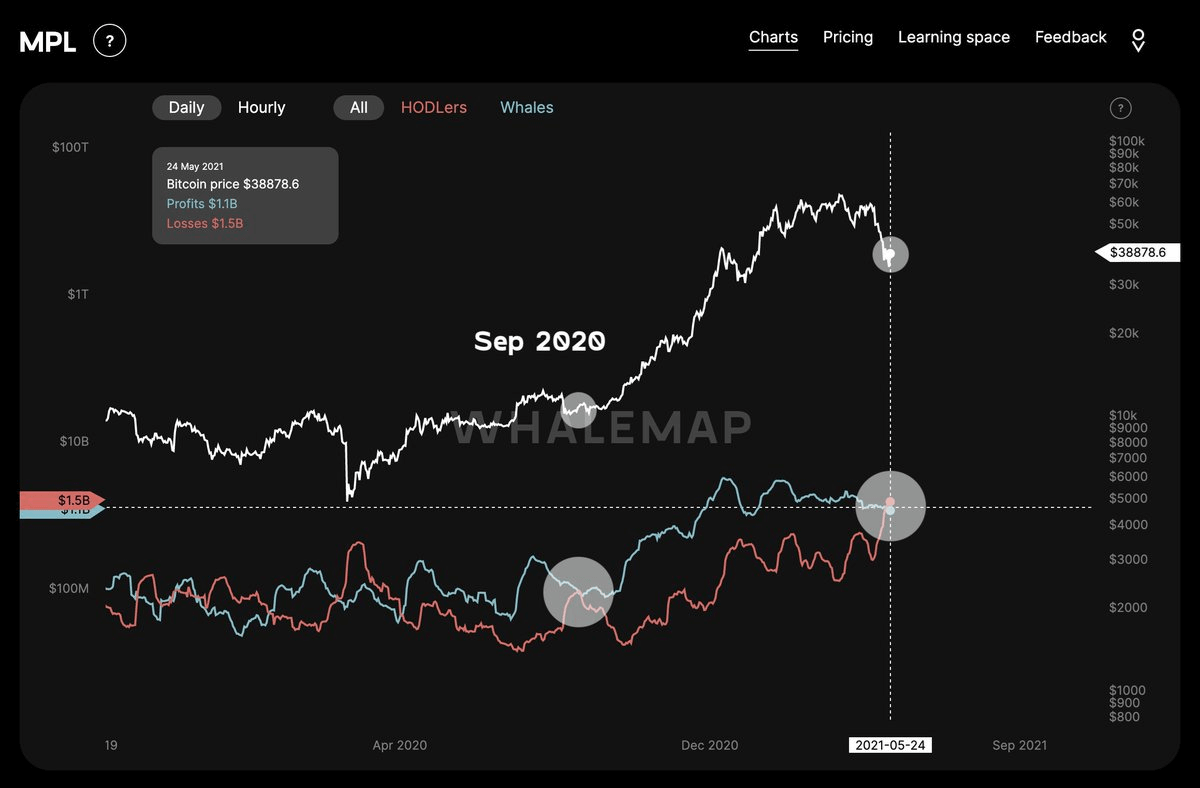 "There are a lot of Bitcoin wallets at a loss now compared to a few weeks back. Historically, when this capitulation-esqe trend happened, a sustainable gradual uptrend followed. Let's observe, several FUD points / variables at play, but looking better than not." 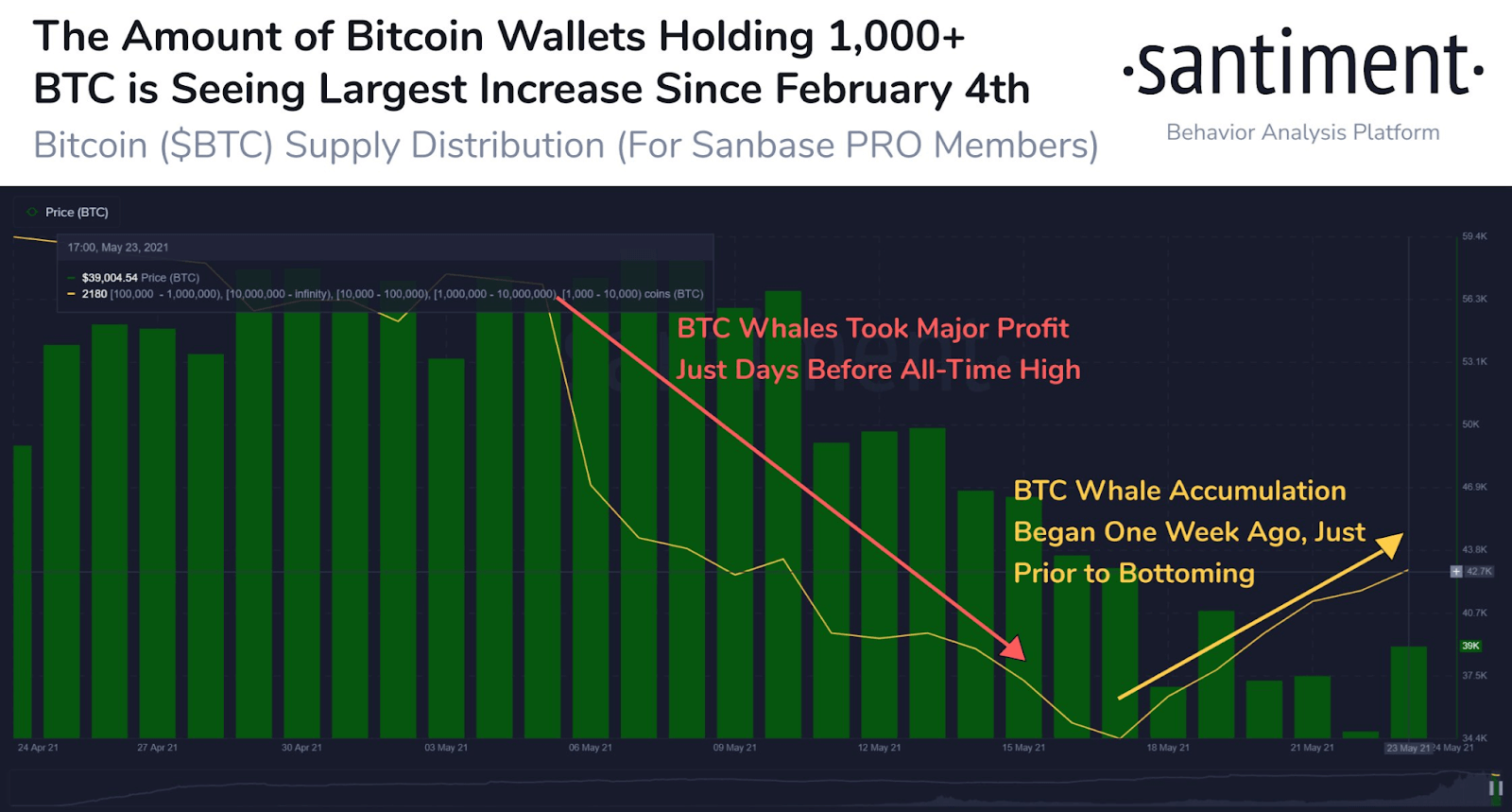 The number of Bitcoin whale addresses (holding 1k+ $BTC) have steadily been on the rise over the past week, and its price is showing it (+14.5% in 24h). 34 new addresses of this kind have emerged, making it the largest accumulation stretch in nearly 4 months.

However, on the other hand, the short-term addresses are not doing quite so well.

According to Glassnode, “70% of all short-term #Bitcoin holdings are currently at a loss. Take this as an opportunity to do tax-loss harvesting. Convert your $BTC at a loss into $renBTC; therefore, you don’t lose exposure but can still realize your losses before the next leg up."

However, staying on Glassnode, it seems like we indeed are in the midst of a deep bull correction. 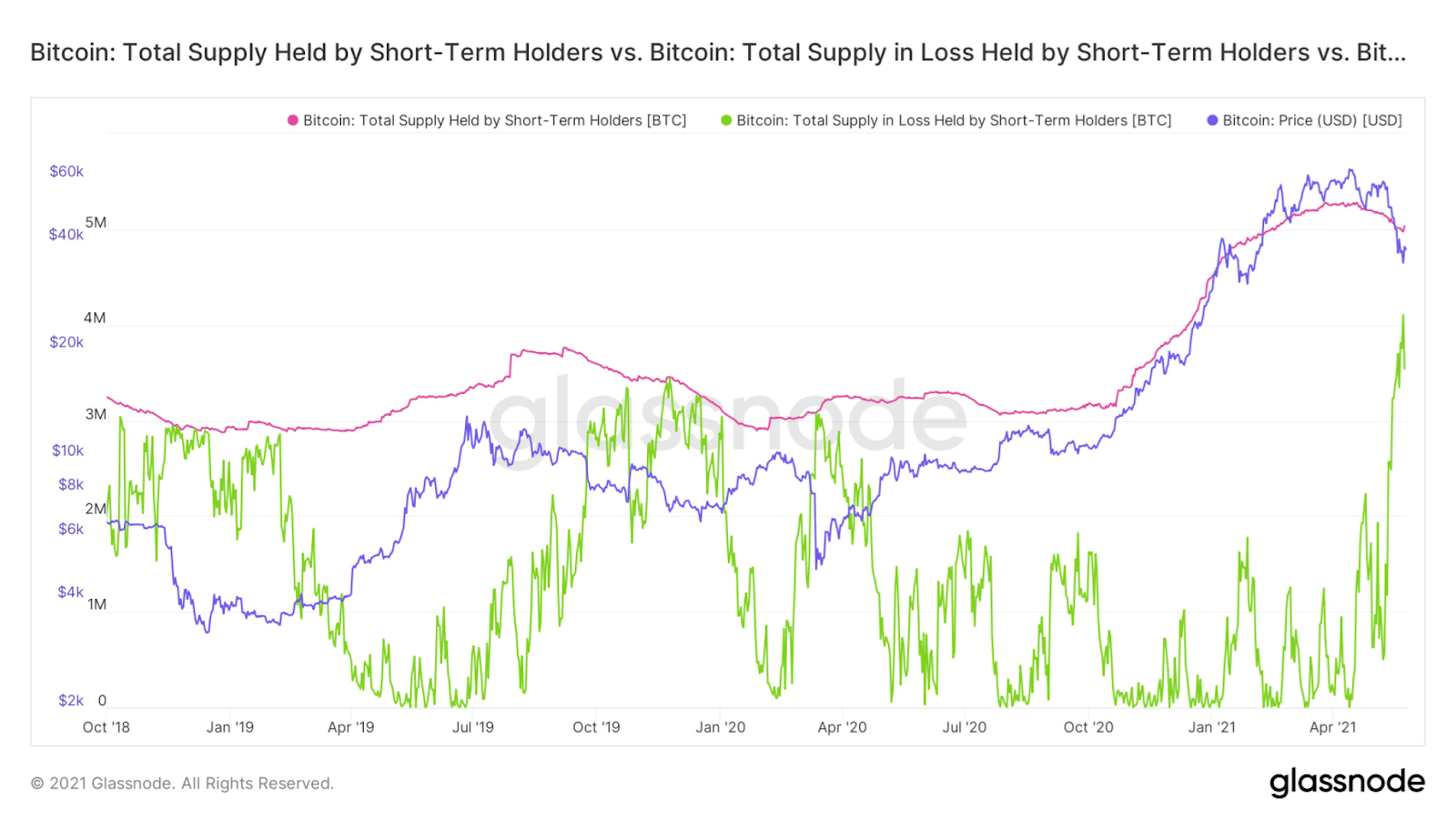 "#Bitcoin Net Unrealized Profit and Loss is a macro cycle oscillator which tracks the magnitude of profit held in $BTC. The market is currently testing a NUPL value of 0.5 which is typical for deep bull cycle corrections."

Elon Musk, the CEO of Tesla, recently took to Twitter to say that he met with executives of North American Bitcoin mining companies. Just over a week ago, Musk nudged the plunge of cryptocurrencies by announcing that Tesla would stop accepting BTC, citing environmental concerns.

The recent meeting with miners has resulted in a newly-formed Bitcoin Mining Council, focused on advancing the adoption of sustainable cryptocurrency mining initiatives. Musk tweeted:

Spoke with North American Bitcoin miners. They committed to publish current & planned renewable usage and to ask miners WW to do so. Potentially promising.

The miners have agreed to form the Bitcoin Mining Council to promote energy usage transparency and accelerate sustainability initiatives worldwide.

The process includes standardization of energy reporting requirements, setting industry-wide Environmental, Social, and Corporate Governance (ESG) goals, and further education and growth of the marketplace. According to a Forbes report, Peter Wall, chief executive of Argo Blockchain, said that the new council is the next logical step "in fostering a sectoral shift to renewable energy."

The news comes amid a growing spotlight on cryptocurrency mining operations around the world. Aside from a more acute focus on the environmental impact of bitcoin mining, the industry is also facing an intensifying crackdown on Bitcoin mining and trading activities by Chinese authorities.

The Bitcoin price buyers will need to take down the 200-day SMA to reverse the market trend from negative to positive by flipping the parabolic SAR.