Between April 16 to April 25, the Bitcoin price has crashed from $63,350 to $49,150 – losing almost $14,000 in its overall valuation. During this downward plunge, BTC managed to flip the 20-day and 50-day SMAs from support to resistance. Following five consecutive bearish days between April 21 and April 25, BTC managed to have two straight bullish days..

Over the last two days, the Bitcoin price managed to rise from $49,150 to $55,000 – gaining almost ~$6,000 in its overall valuation. Despite this bullish surge, the overall sentiment of the BTC market remains negative due to the following signals: 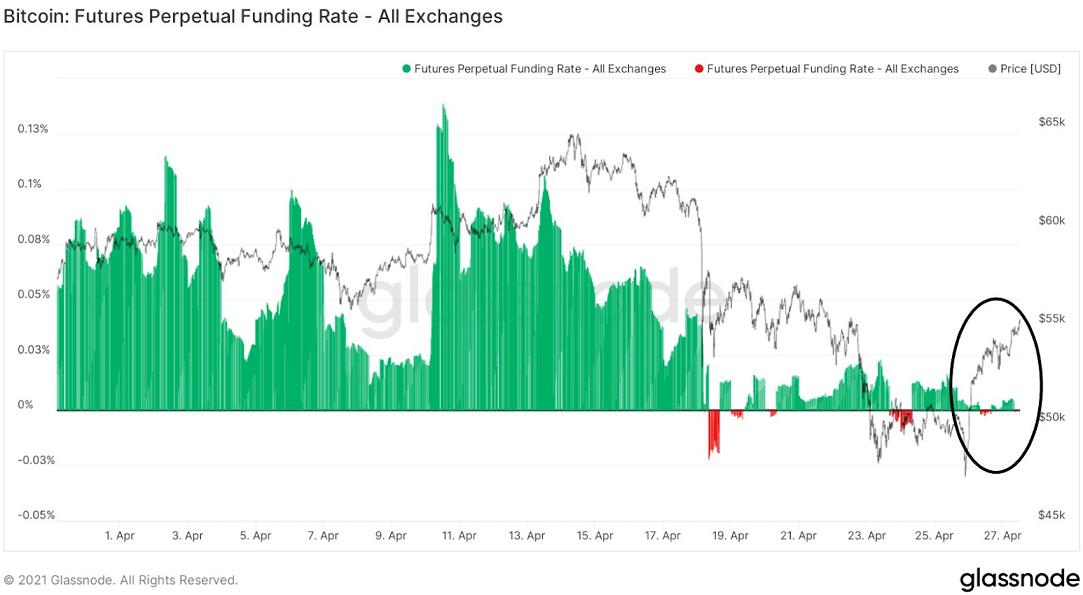 “With all that frictious leverage wiped out of the system #Bitcoin is unstoppable.” 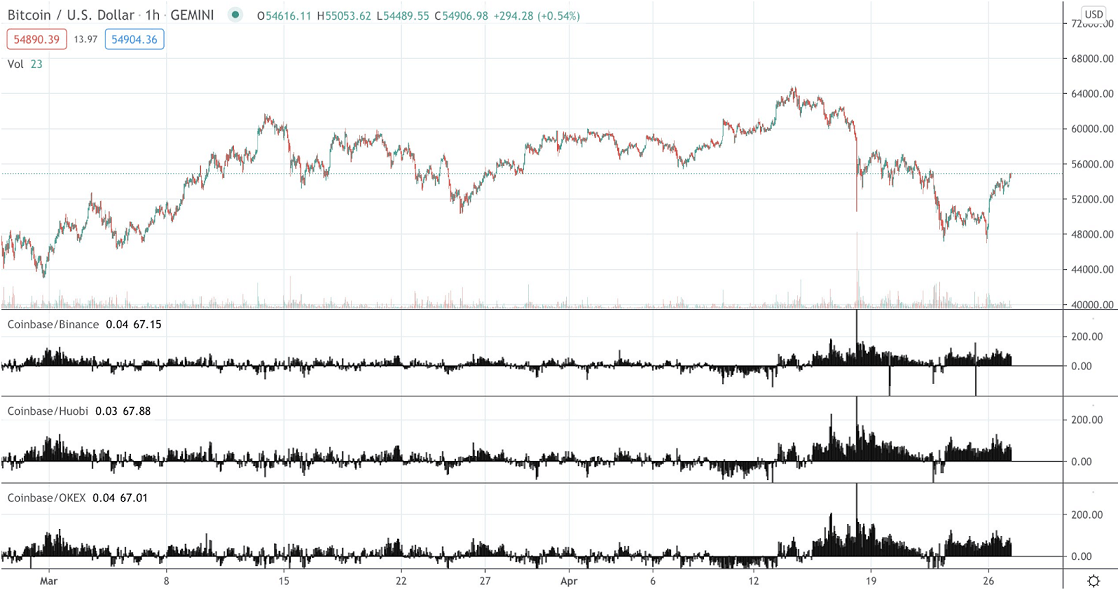 CryptoQuant Founder Ki-Young Ju, shared the chart above and the following tweet:

“Institutions like @Tesla use Coinbase Prime brokerage to buy or sell $BTC. It would be bulk orders that can affect BTC price. Coinbase premium has been negative/neutral for the past 7 weeks, but it turned positive lately, hitting an all-time high a week ago. Long-term bullish.”

According to a recent report, Tesla Motors sold a portion of its Bitcoin holdings in the first quarter of 2021, generating net proceeds of $272 million. In a report outlining its quarterly financial results, Tesla noted a $101 million "positive impact" as a result of its Bitcoin sale. An excerpt from the report reads:

In its quarterly cash flow statement, Tesla said "proceeds from sales of digital assets" were valued at $272 million. The electric vehicle maker made headlines in February after revealing a strategic acquisition of $1.5 billion worth of BTC. The company also announced that it would accept Bitcoin as payment for its cars without necessarily converting it into fiat currency.

The Elon Musk-led firm also said that it expects vehicle delivery growth to exceed 50% this year, implying minimum deliveries of roughly 750,000 vehicles for 2021.

The buyers will need to overcome the $56,500 resistance barrier to push BTC into the $60,000 psychological level.