Since March 26, the Bitcoin price bounced up from the 50-day SMA and went from $51,300 to $58,000. It looks like BTC’s struggle with the $59,000 psychological level continues. However, the >2-month long upward trending line has continued to provide robust support for the premier cryptocurrency.

The MACD for Bitcoin price shows that the market momentum has reversed from bullish to bearish. Since March 17, the Bitcoin price has faced rejections, no less than 12 times! It seems pretty apparent that opening a candlestick above this barrier is going to be crucial for BTC to touch the all-time high level again.

The IOMAP gives us a further idea as to why the $59,000 resistance barrier has been so formidable. It looks like around 760,000 addresses had purchased a little over 295,000 BTC tokens

Rafael Schultze-Kraft the co-founder of GlassNode shared a series of tweets and charts to show why the miner metrics for Bitcoin have turned positive. 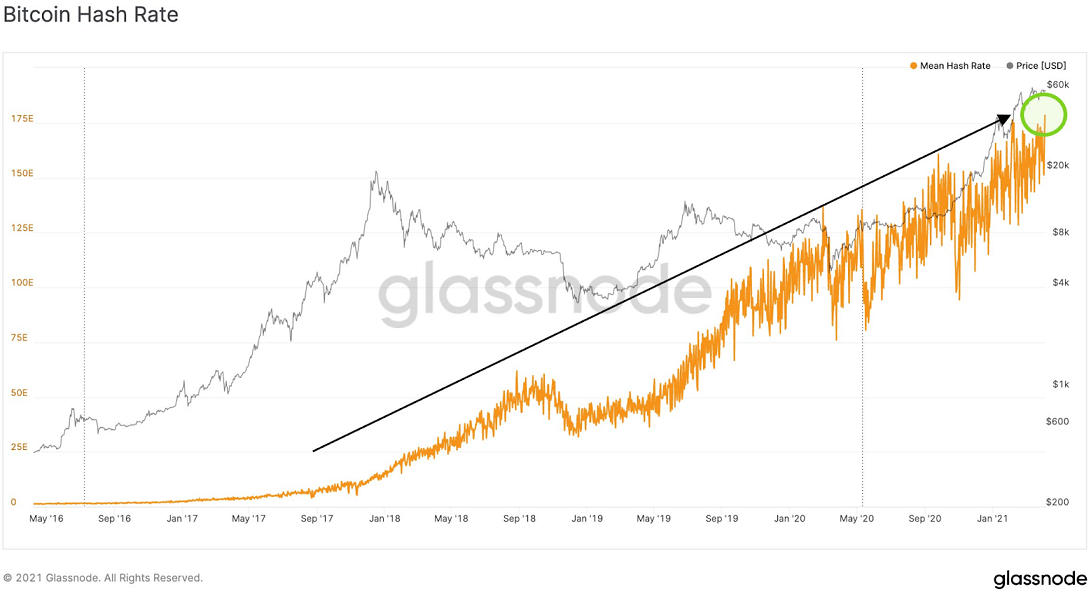 “Bitcoin's average hash rate hit a new ATH yesterday – crossing a daily average of 178 exahash / sec for the first time in history. Miners keep spinning up machines – hash rate is up only.” 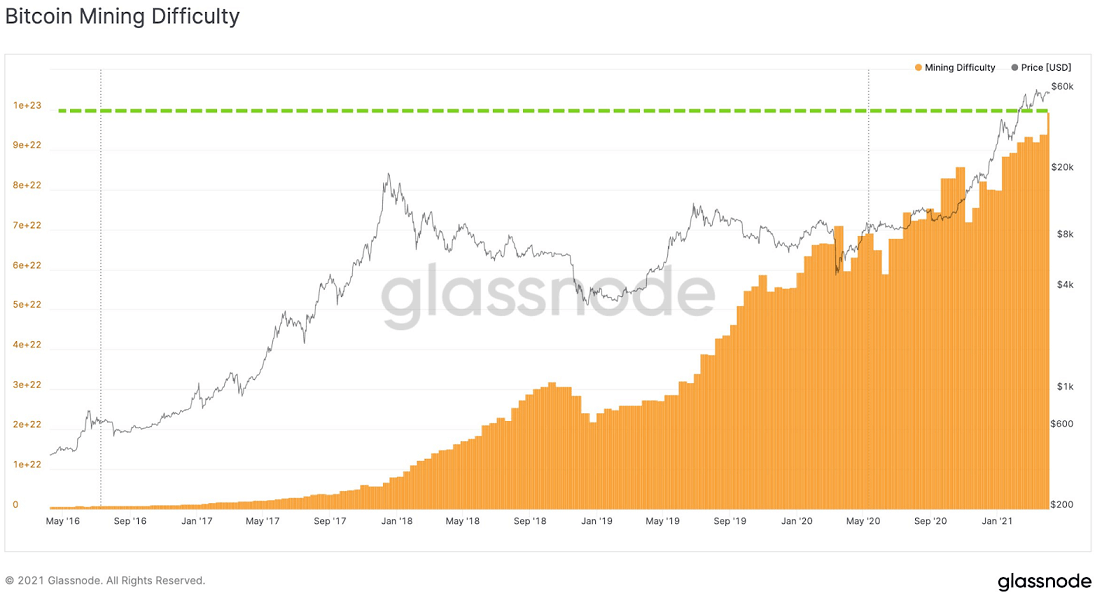 “In fact, #Bitcoin mining difficulty increased by 5.8% last Friday – to a new ATH as well. Difficulty is up 66% over the past year, and 24% YTD. There's your post-halving "MiNeR CaPiTuLaTioN." 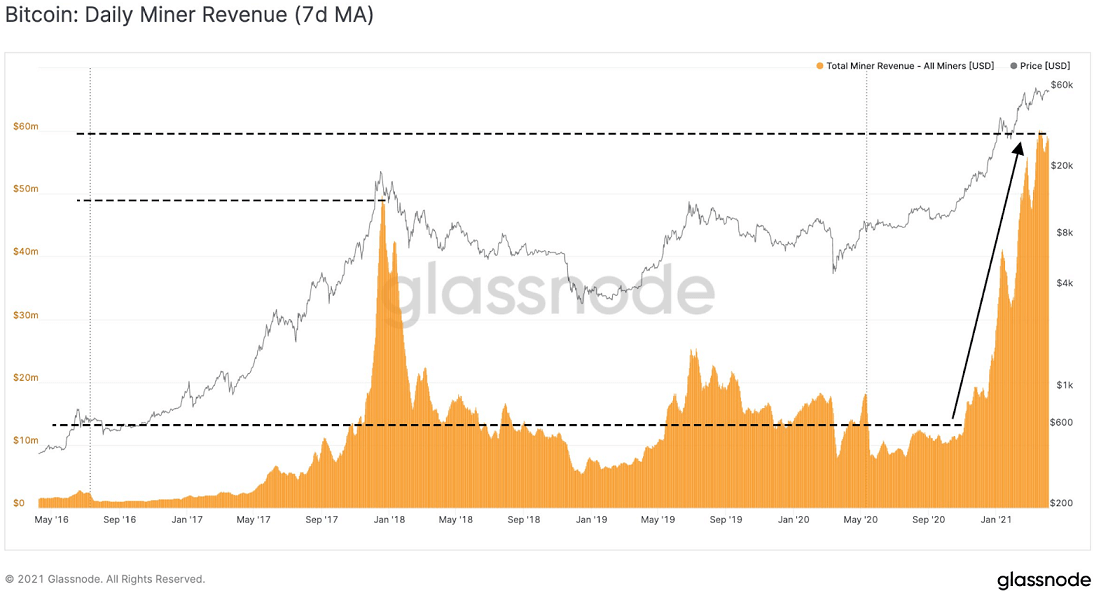 “#Bitcoin miners have been making more than $50 Million per day for the past month. Put into perspective: A year ago this number was around $12 Million – that's a 4x increase, despite the block subsidy being cut in half.” 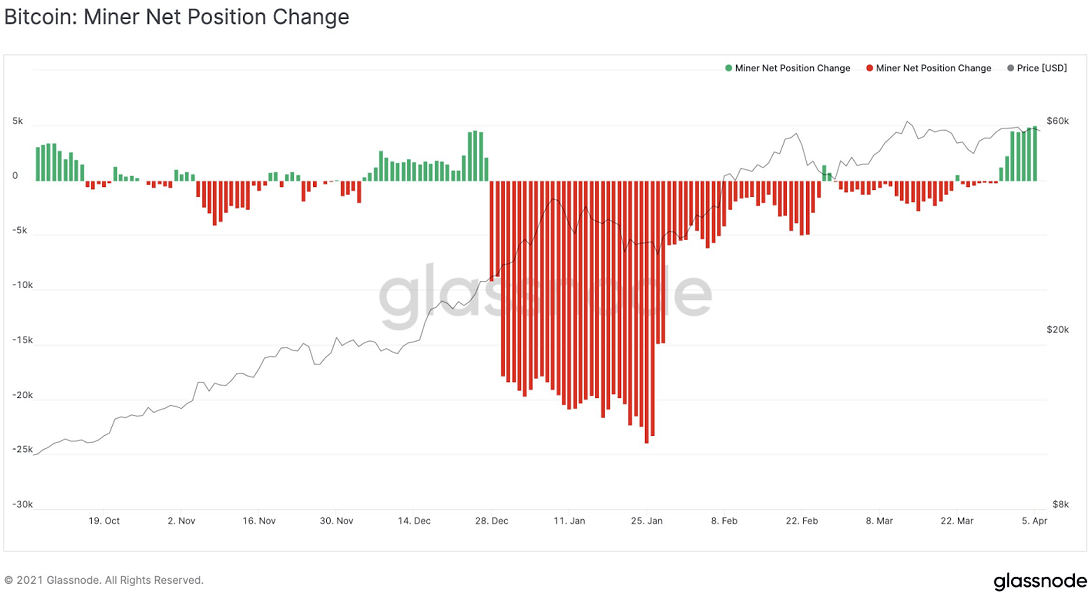 “Are #Bitcoin miners selling? I don't think so. We saw increased outflows in the run up to $40, but miner position change has turned back positive. Also note that these on-chain miner volumes are not significant compared to the rest of the network.” 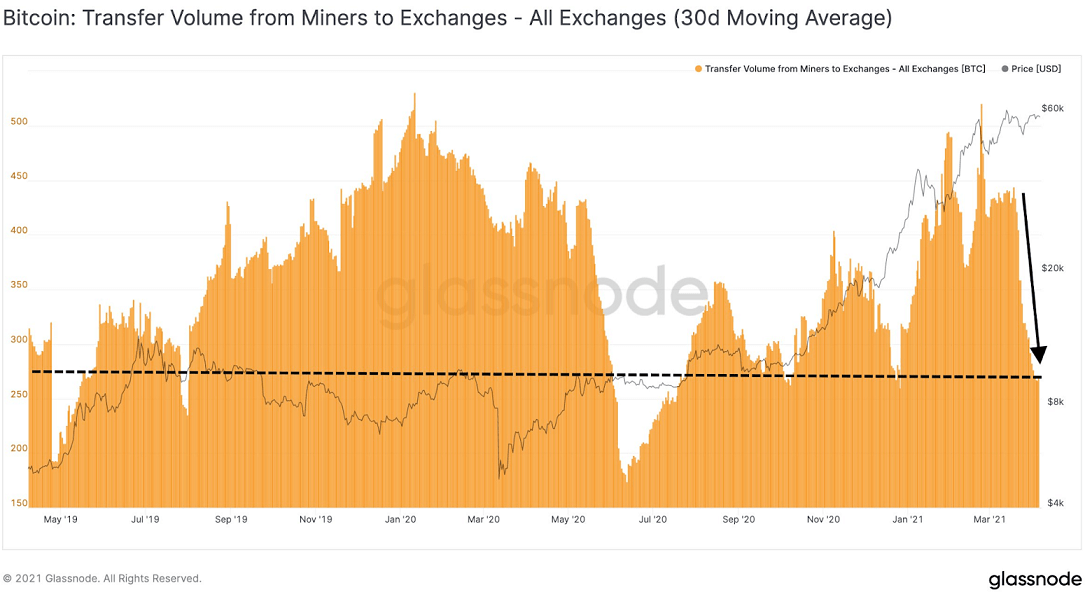 “Direct #BTC transfers from miner to exchange wallets have been going back down significantly. Even USD dominated miner to exchange volume has decreased despite a stable price. Again, note that the absolute volumes are fairly low compared the network.”

NBA Giants To Offer Bitcoin As Salary To Players

Sacramento Kings CEO Vivek Ranadivé recently said that everyone in his organization could receive their pay in Bitcoin. According to a CoinDesk report, Neil Jacobs, well-known on Clubhouse as a regular moderator for Café Bitcoin, quoted Ranadivé in a tweet.

BREAKING: Chairman of the Sacramento Kings:

I'm going to announce in the next few days that I'm going to offer everyone in the Kings organization, they can get paid as much of their salary in bitcoin as they want, including the players.

In 2014, the Sacramento Kings announced that they would accept BTC as payment for merchandise in their team store by partnering with BitPay. At the time, Ranadivé said that accepting Bitcoin was one step closer to fans leaving their wallets at home.

As Bitcoin continues to increase in popularity and mainstream acceptance, various enterprises, including US banks, PayPal, and even Chipotle, have started to offer Bitcoin-related services.

Bitcoin price will likely reach up to the $59,000 resistance barrier again, but it is doubtful if the buyers are going to overcome this anytime soon.