Bitcoin Price Prediction: Are BTC Bulls Ready For A Fightback?

The three latest candlesticks had formed a morning star pattern as the Bitcoin price jumped from $33,270 to $36,300 today, gaining almost $3,000 in its total valuation. The MACD shows increasing bullish market momentum. 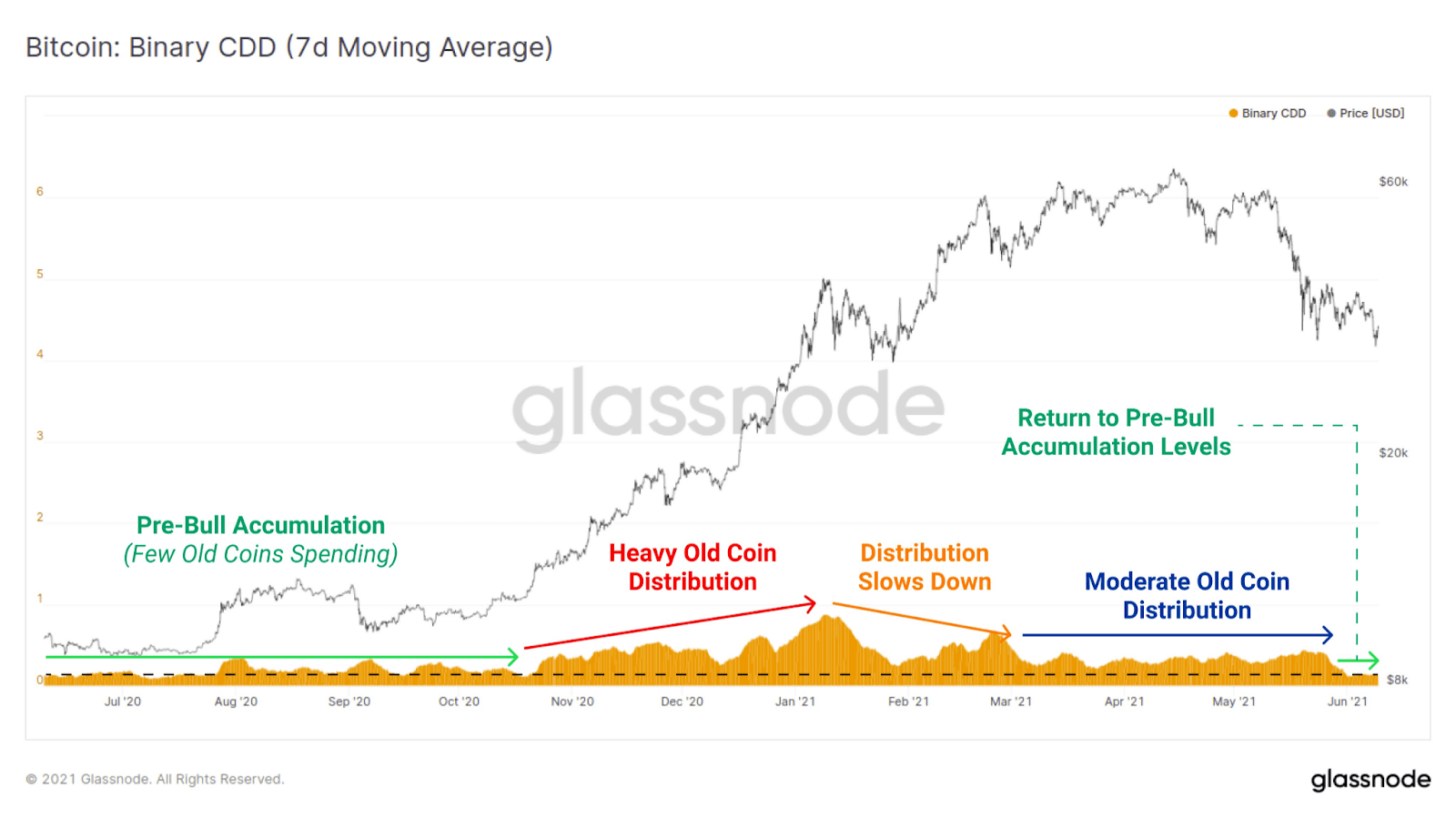 "#Bitcoin Binary CDD (7DMA) shows when old $BTC are on the move greater than average. After a period of sustained distribution spending by old hands, Binary CDD has fallen back to pre-bull accumulation levels. Old coins are simply not moving." 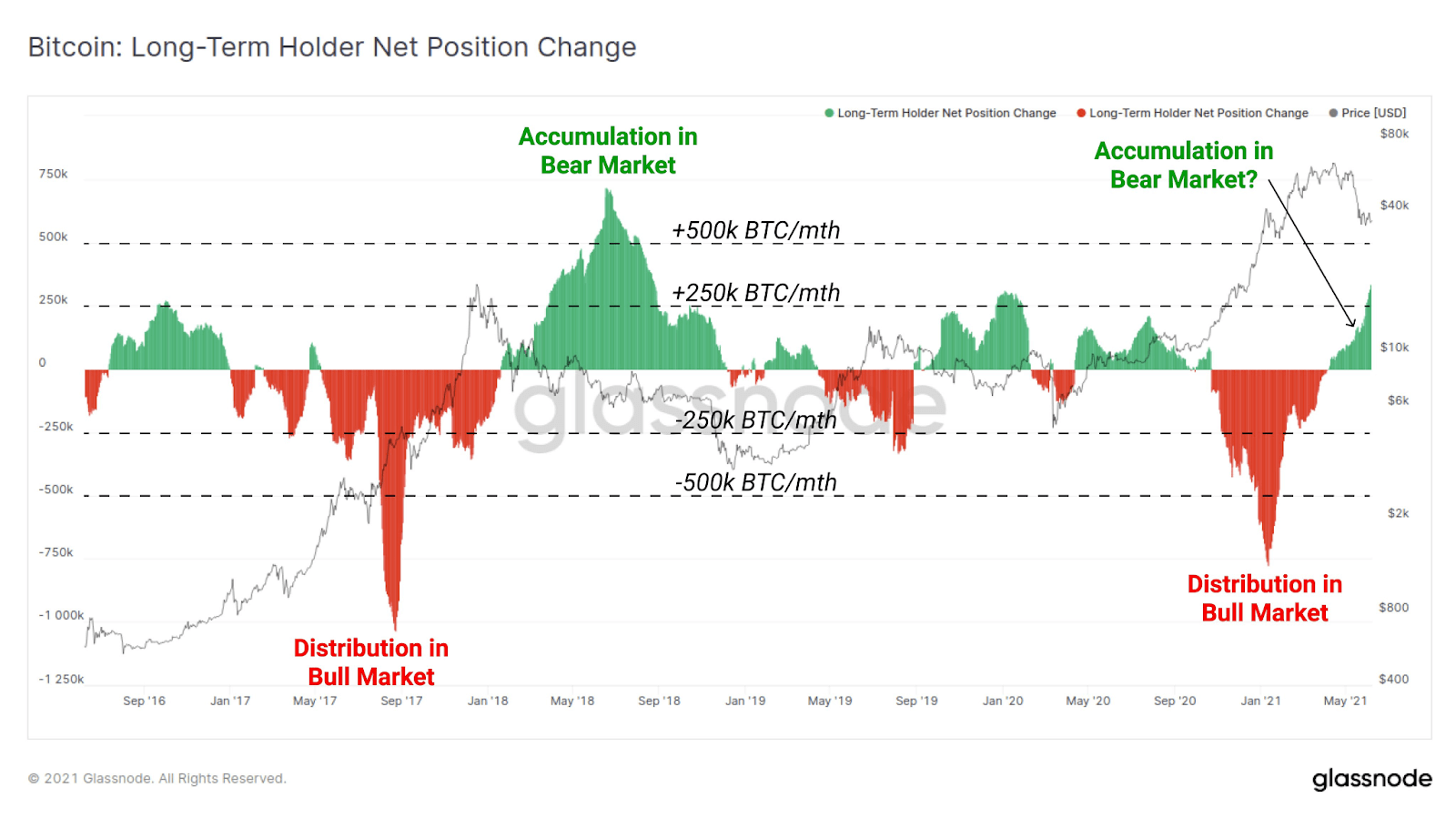 "On-chain activity on the #Bitcoin network has dropped off, as investors become uneasy around market direction. Meanwhile, coins accumulated in the early bull are maturing to Long-Term Holder status at an accelerating pace." 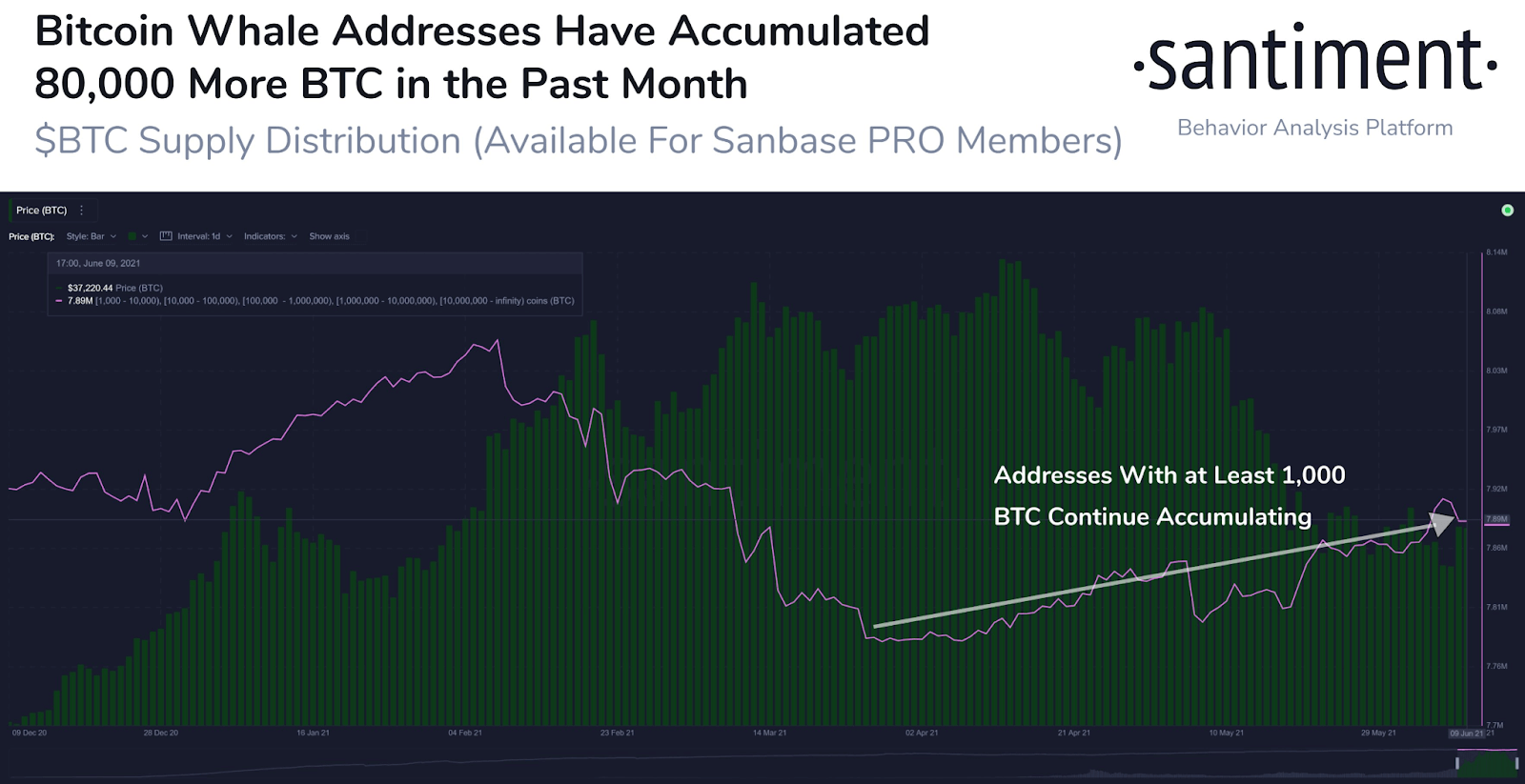 "#Bitcoin whales aren't slowing down their accumulation of $BTC, and the uptrend of tokens held by these addresses holding 1,000+ $BTC continues. This is a strong bode of confidence for #bulls, seeing top key stakeholders are increasing their bags." 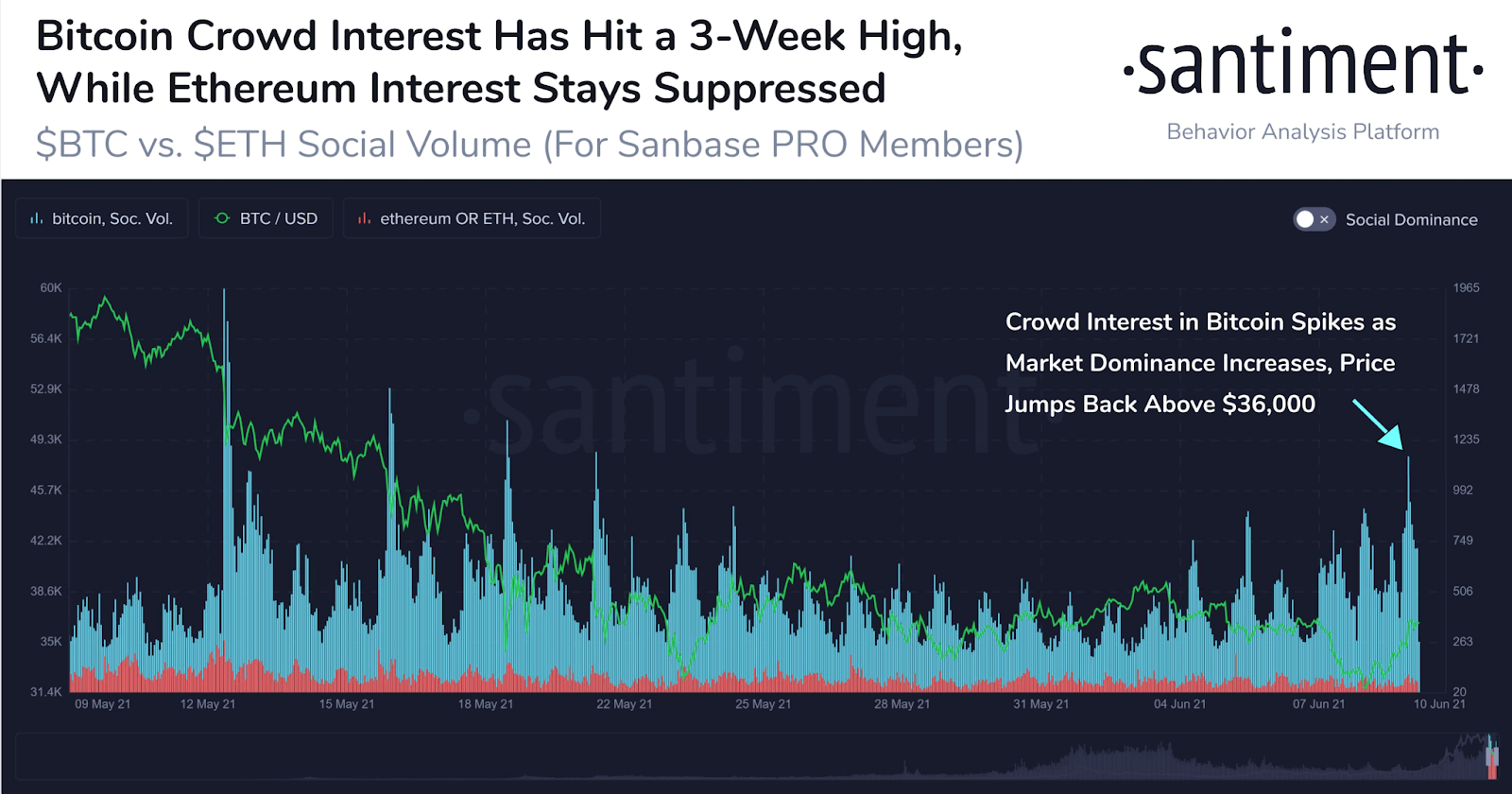 "#Bitcoin has jumped back over $36,000 today, while #Ethereum and #altcoins are staying flat. As a result, crowd interest in $BTC has spiked back up to 3-week highs, according to @santimentfeed data."

The CEO of Galaxy Digital, CEO Mike Novogratz, believes Bitcoin is still in a phase of consolidation after the dump in prices experienced last month. According to the entrepreneur, possible investors are waiting for the next shift in the Bitcoin narrative. This new push would lead them to start pumping money into digital assets again. In a Yahoo Finance interview, Novogratz explained that institutional investors nudged the recent tank in prices.

Novogratz said that institutional investors could accumulate BTC cheap at $9K prices, and with the sudden price hike this year, they had to take profits.

A year later it’s at $60,000 and the urge to ring the cash register is such a deep-seated human urge that that’s what happened … We’ll see a long period of consolidation … and you’re waiting for the new narrative to arrive that brings the next wave of money and I think we’re in one of those periods right now.

Novogratz noted the new narrative shift is already in the works. Instruments such as crypto ETFs could push crypto to older Americans that have been traditionally skeptical of cryptocurrency investments. Notably. Galaxy Digital applied for a Bitcoin ETF back in April.

The CEO also commented on DeFi and how it will affect traditional banking shortly. He implied that banking services might suffer in the future due to the regulations they have to comply with. On the other hand, DeFi projects can offer whatever yield they want according to their activities. Traditional finance service providers will fight for these to be regulated. In any case, the entrepreneur thinks banks are fighting a losing battle. He added:

Banks are going to lobby like crazy - less against bitcoin, more against Defi - but bitcoin is the trojan horse to get everything in to digital assets and so revolutions don’t happen without a little bloodshed.

If the Bitcoin price breaks above the 20-day SMA and the $38,000 resistance barriers, it will flip the parabolic SAR from negative to positive.