The Bitcoin Price Flirts With The $58,500 Barrier

Over the last two days, the Bitcoin price jumped from $53,150 to $57,700 – gaining almost $4,550 in its overall valuation. During this surge, BTC managed to flip the 20-day and 50-day SMAs from resistance to support. The MACD shows sustained bullish momentum which tells us that a further growth could be in the cards. However, the Bollinger Band has started narrowing, which tells us that price volatility is going down, so further uptrend could be a chore.

It looks like Bitcoin price is ready to do another leg up. Ki-Young Ju, the head of CryptoQuant, shared this chart and tweet. 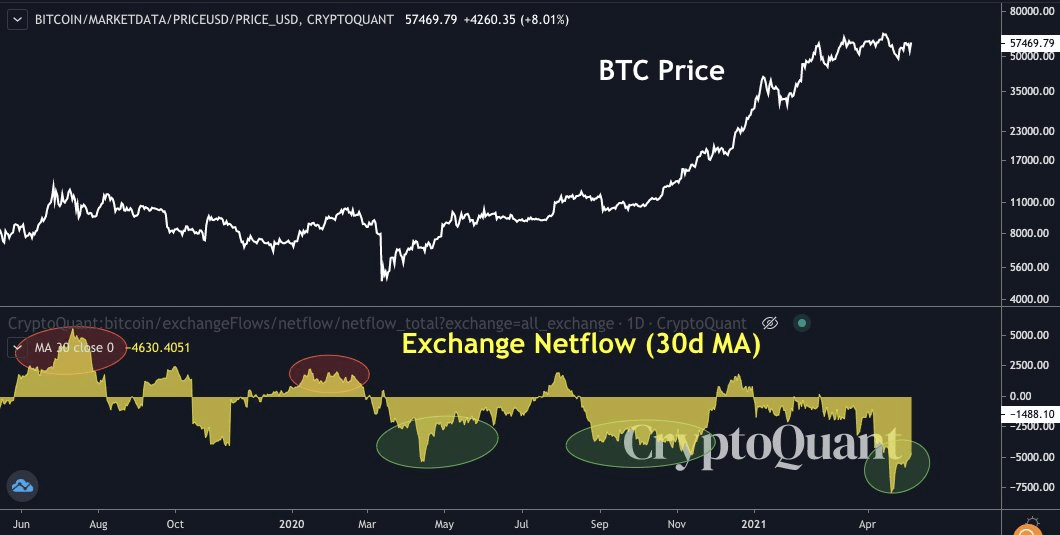 "$BTC is ready to get another leg up. A significant amount of Bitcoins has flowed out across all exchanges, weakening selling pressure."

Glassnode founders Yann & Jan shared this chart to statistically prove what everybody was already thinking – the n00bs panic sold. 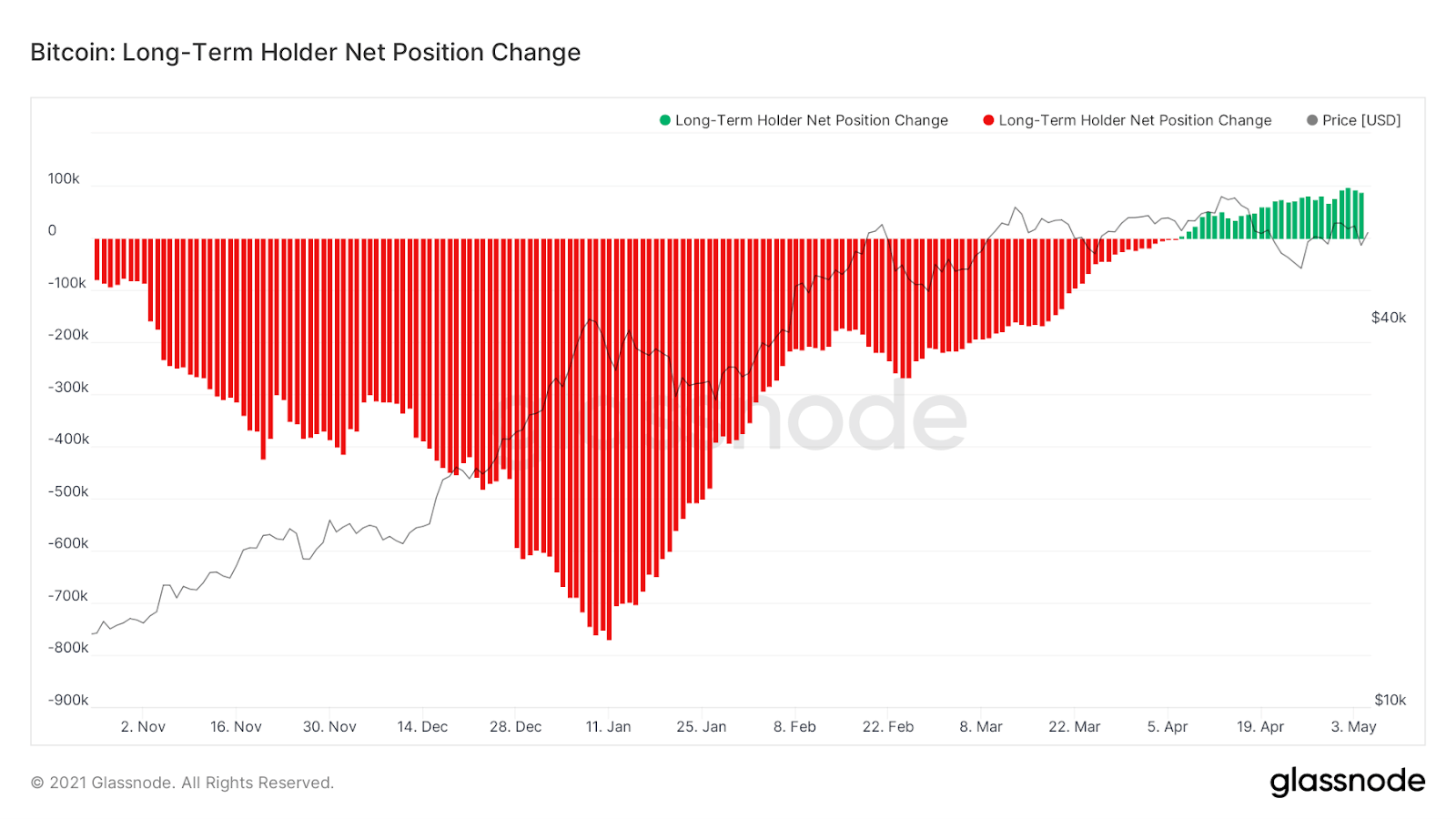 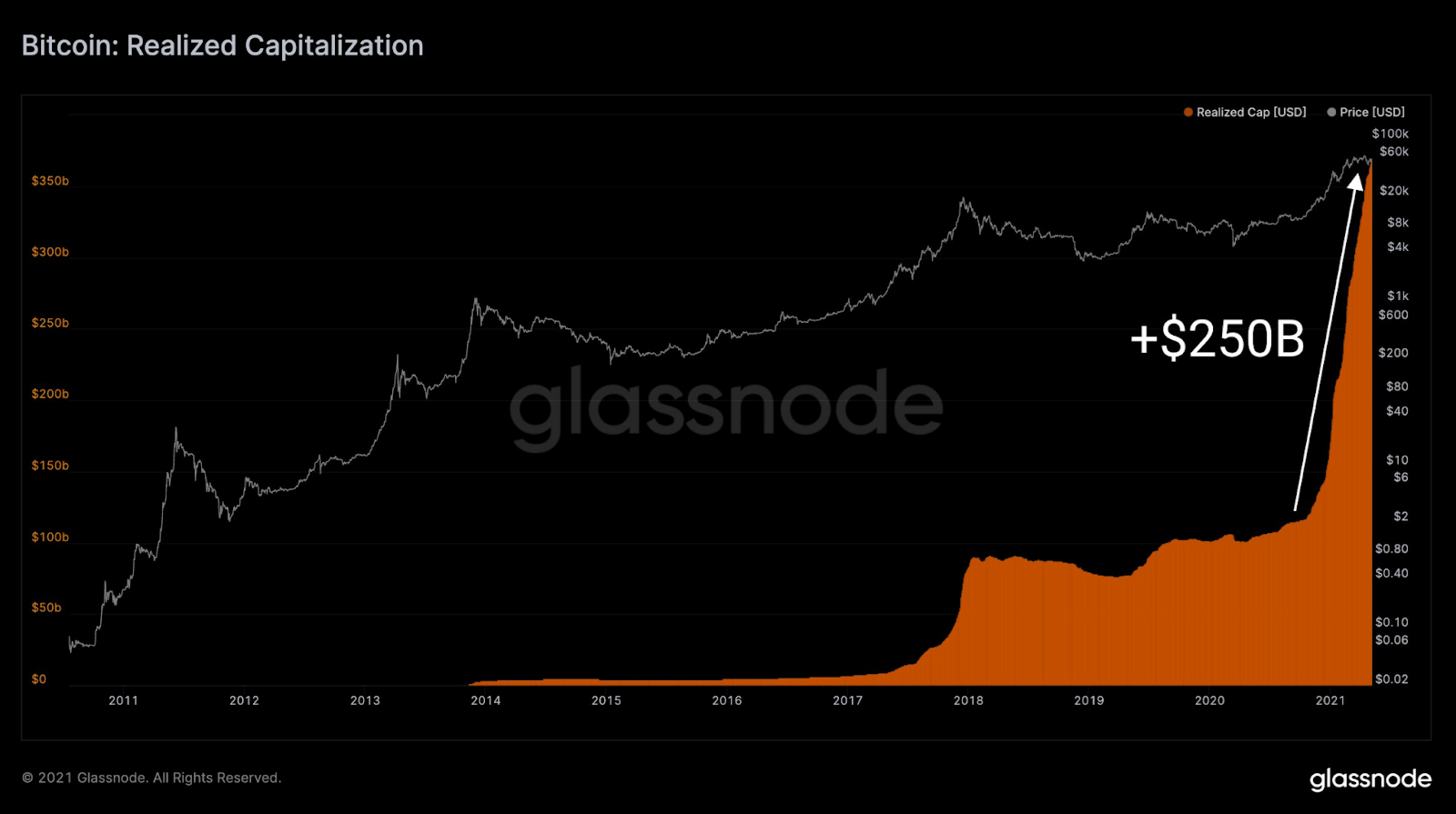 "1/ Unprecedented capital inflows into #Bitcoin as measured by realized capitalization. Over the past 6 months, realized cap has surged a whopping $250 billion – an increase of ~200%." 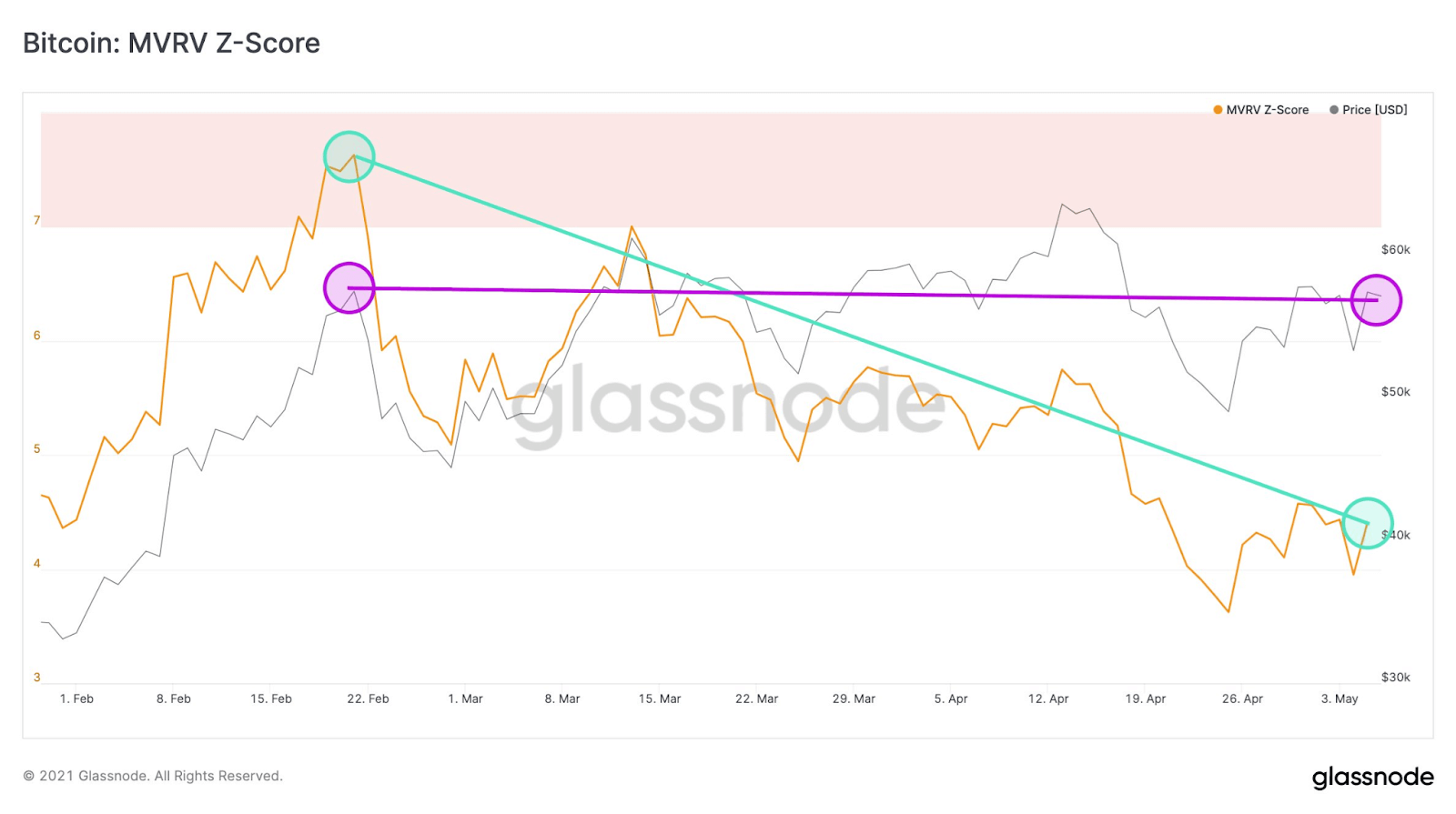 "In the past weeks, realized cap has been increasing steeper relative to market cap, leading to a decline of MVRV – despite a "flat" #Bitcoin price. MVRV-Z at this price level in February: 7.6 MVRV-Z today: 4.4 MVRV-Z at previous cycle tops: 10+" 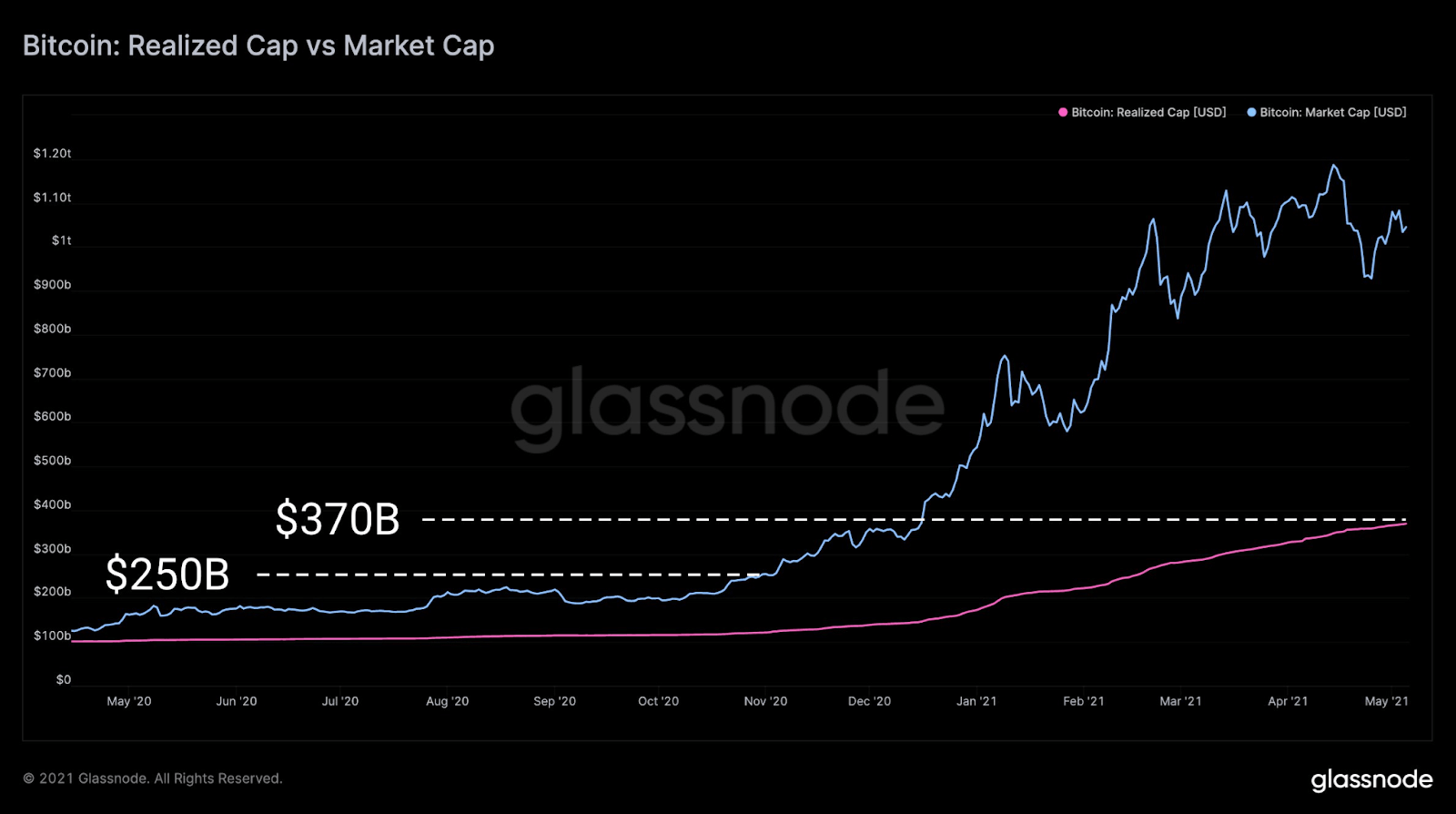 "For comparison: the entire #Bitcoin market cap was only $250 billion half a year ago – the same amount Rcap has increased since then. Realized cap is now as high as market cap 5 months ago, in mid December ($370B)."

Latin America's largest e-commerce platform Mercado Libre recently announced to the US Securities and Exchange Commission (SEC) that it acquired $7.8 million in Bitcoin in the first quarter of 2021. According to the report filed, the firm said:

As part of our treasury strategy this quarter we purchased $7.8 million in Bitcoin, a digital asset that we are disclosing within our indefinite-lived intangible assets.

The acquisition makes Mercado Libre the first large Latin American company to acquire Bitcoin for its treasury. It has now joined a club of companies, including MicroStrategy and Tesla, which have revealed holding BTC within their assets.

A few days back, Japanese gaming platform Nexon announced it had purchased 1,717 BTC for its balance sheet at roughly $100 million. Mercado Libre's announcement makes it the 36th publicly listed company to hold Bitcoin according to Bitcoin Treasuries. Mercado Libre trades on Nasdaq as MELI.

Earlier, Marcos Galperín, the founder of Mercado Libre, has announced that he has owned Bitcoin in his portfolio since 2013. He has also expressed bullish opinions about the cryptocurrency ecosystem in Latin America, stating that Bitcoin is a better store of value than gold.

The Bitcoin price will need to cross over the $58,500 resistance barrier to reach the $60,000 psychological level. However, this could be quite a task due to its decreasing volatility.