Bitcoin Price Bounces Up From $31,500 Support

It looks like the buyers are desperately attempting to fight back and managed to push the Bitcoin price up further to $33,800. However, the MACD has reversed from bullish to bearish so expect this brief resurgence to be short-lived. The TD sequential detector shows that BTC could drop for two more sessions before flashing the red-nine candlestick. 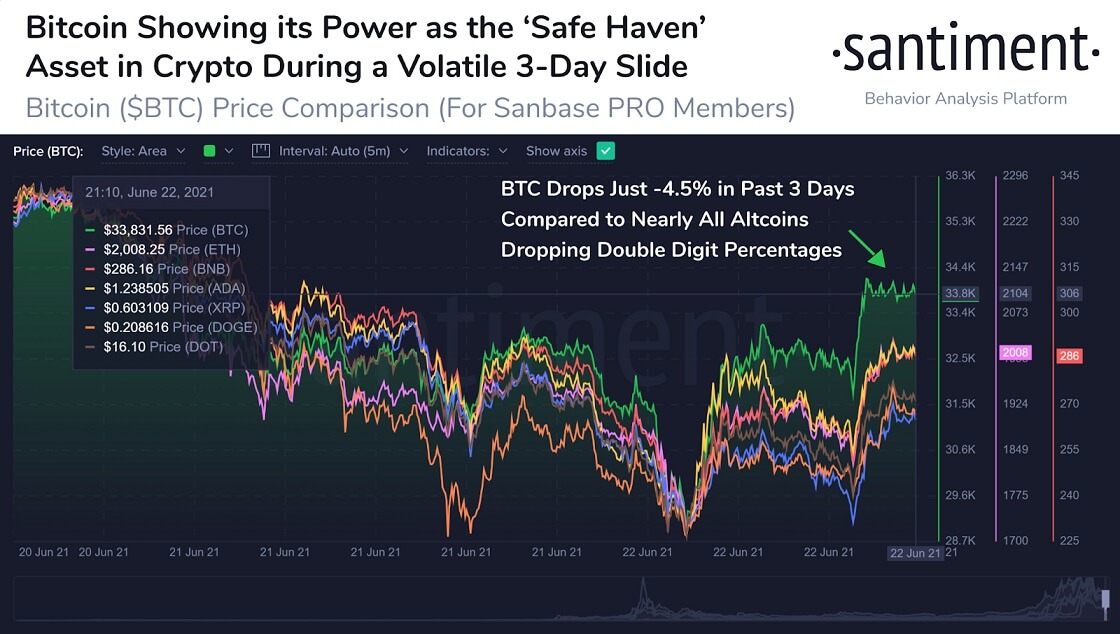 "Those who have stayed strong in #Bitcoin on the #crypto downswing have been relatively rewarded compared to high-risk #altcoin traders. $BTC has fallen just -4.5% the past 3 days through the volatility, while $DOGE (-26.1%) & other #alts have dropped hard."

"#Bitcoin's token circulation vs. market cap (NVT) has picked up steam the last couple days as capitulation signals increased and #FUD maximized after prices dropped to $29.2k. For now, our June data to date has correctly signaled the continued downturn."

"#Bitcoin was temporarily below half of its #AllTimeHigh value that was reached just 2 months ago after it dropped below $30k today. However, there are signs of a potential turnaround. Read how our whale accumulation & $WETH data could indicate a bounce." 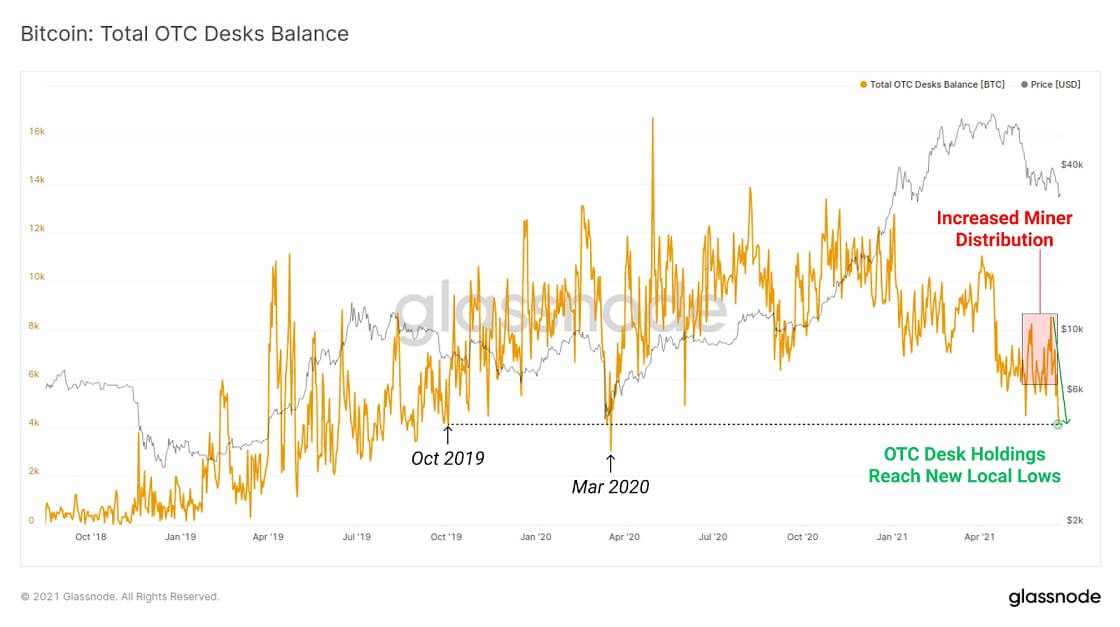 "#Bitcoin miners have increased their distribution throughout June, as the mining industry experiences the largest migration in history. Nevertheless, $BTC holdings on OTC desks has reached a new local low, last seen in March 2020." 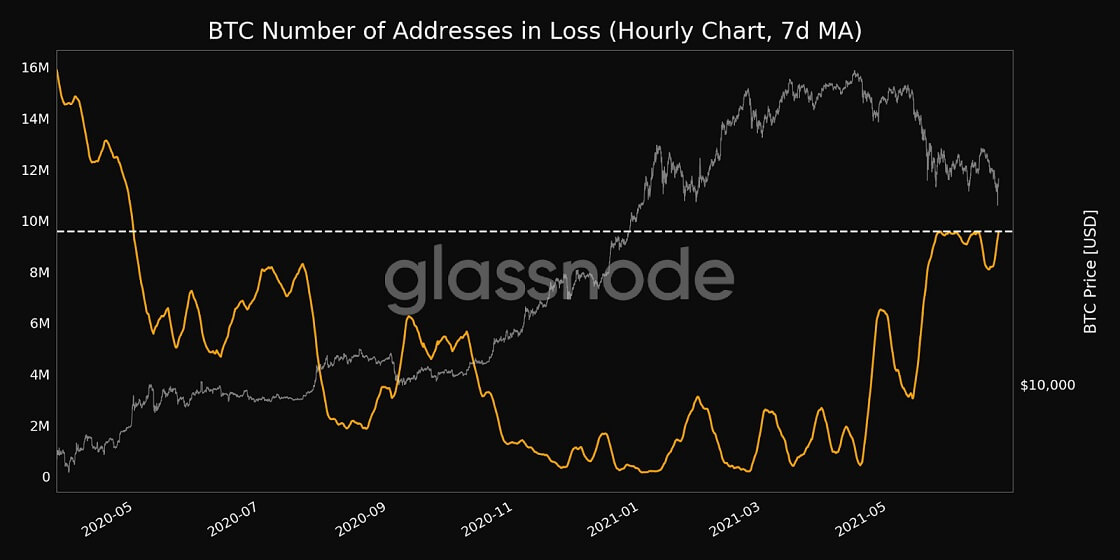 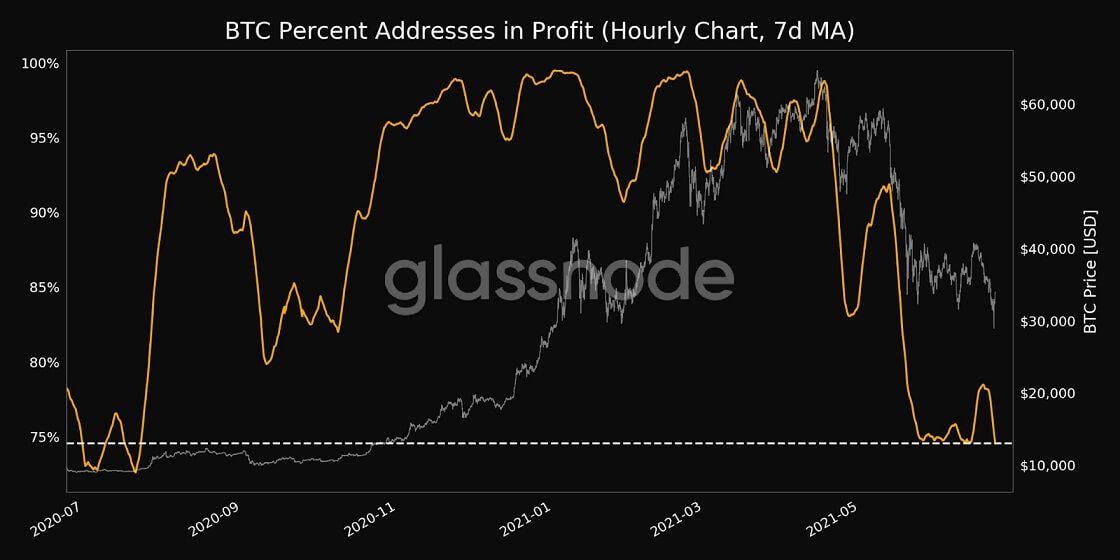 Mexico’s Third Richest Man: Bitcoin Should Be in Every Portfolio

During a recent interview with José Rodríguez, Ricardo Salinas Pliego said that Bitcoin is as solid an investment as gold. Pliego is the third-richest man in Mexico. He explained that the debate about its nature is not so crucial for those who know its properties.

In my opinion, all the advantages that bitcoin has are enough to make the gold of the modern world … There is no point in discussing whether it is a currency or not.

Bitcoin being finite, easy to transport, and having extreme liquidity internationally are compelling reasons to consider it an asset, as per Pliego. He believes that it is worth taking into account when building an investment portfolio.

He also explained that from his point of view, every investor should own Bitcoin.

Bitcoin is an asset that has international value, which is traded with enormous liquidity worldwide. For that reason, it should be in any portfolio.

Ricardo Salinas is a vocal Bitcoiner. He was one of the first prominent Latin American businessmen to talk about BTC and support it on social networks. He also revealed that 10% of his liquid investment portfolio was held in BTC, which is a notable size considering his fortune.

When asked about the potential of Ethereum and other altcoins, Salinas was unconvinced that they could outperform BTC. Regarding Ethereum, he explained that its weakness lies in its inflationary nature.

The scarcity of Bitcoin, the 21 million, is the key to everything. That is why I mention Ethereum. Because as long as it does not have a finite amount of issuance, I will not believe them because they can issue more, and the asset depreciates.

The sellers will likely retake control and push the Bitcoin price below the $31,500 support wall. A further break should take BTC to $30,000.