Over the last two days, the Bitcoin price has dropped from $34,330 to $32,470 – losing almost $2,000 in its overall valuation. During the fall, BTC flipped the 20-day SMA from support to resistance. It looks like the MACD is also on the verge of reversing from bullish to bearish.

The Bitcoin price needs to defend the support wall at $32,000. This wall has previously prevented BTC from going down any further on 21st and 25th June. As per the IOMAP, almost 217,000 addresses had previously purchased almost 221,000 BTC at this level. 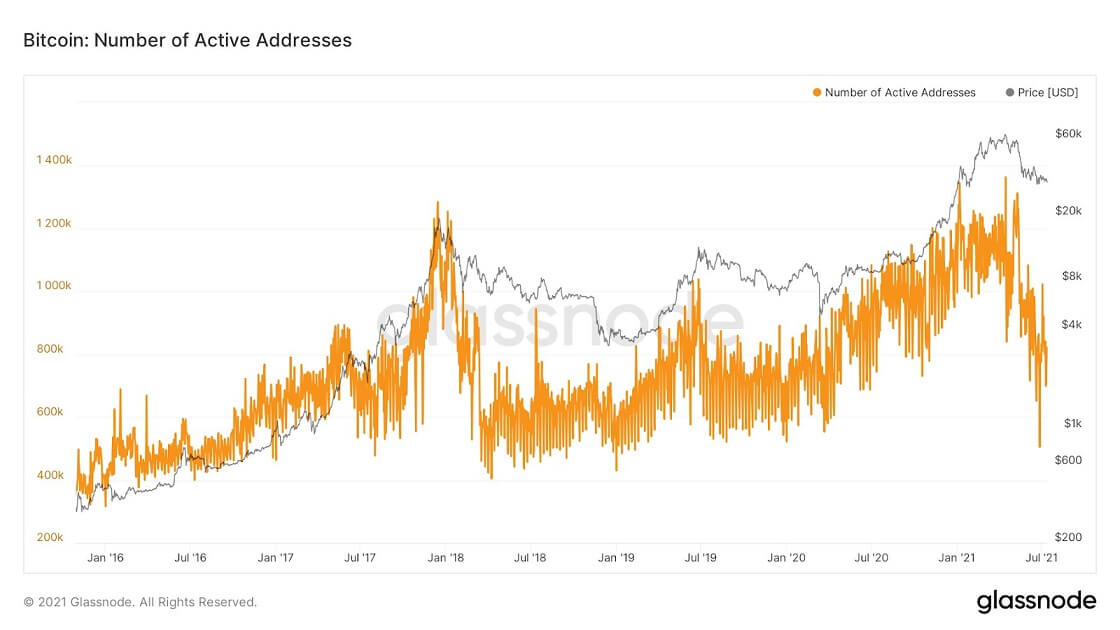 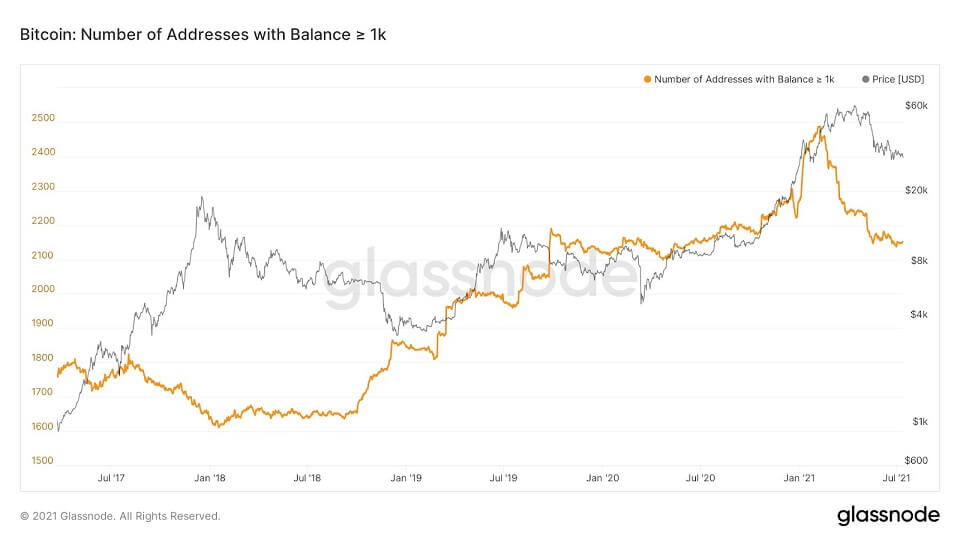 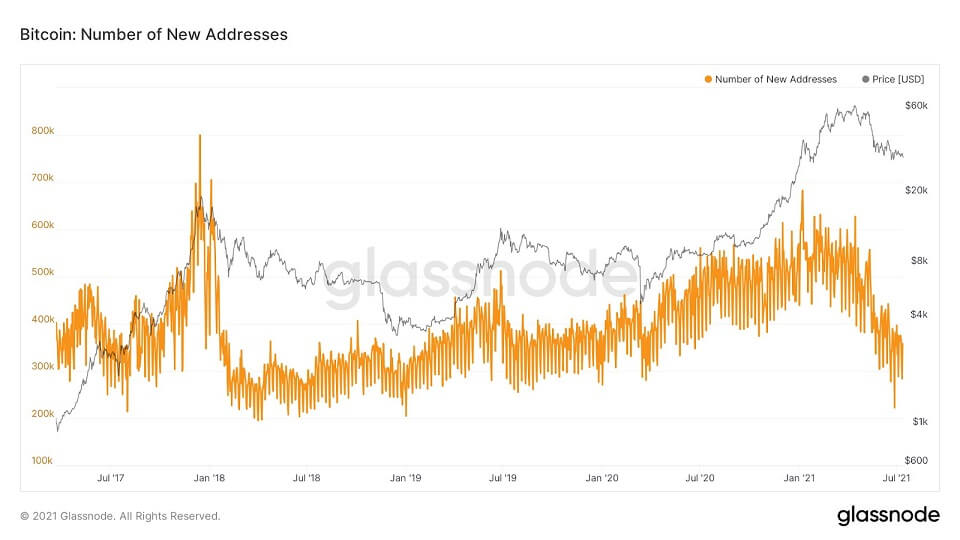 "3. New address growth is as low as it was immediately after the 2018 crash. These metrics can change quickly. But for now, Bitcoin addresses metrics look terrible."

Glassnode released a report noting that 22% of all Bitcoin offers are held by investors who invested in the first cryptocurrency between 2016 and 2019. Thus, the firm mentioned that the crypto market as a whole is shrinking in a narrow trading range. This is due to various market indicators regarding sentiment triggers as well as volatility.

As for the overall characteristics of the week in the crypto market, according to Glassnode, it was generally calm. This situation is again achieved by volatility and by general price compression in a narrow consolidation range. 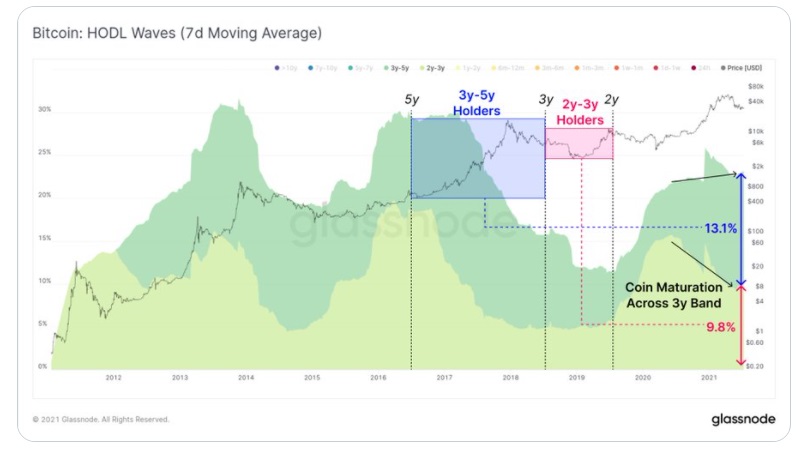 Notably, Bitcoin's hash rate also recovered in the past week after a drop from 55% to around 39%. If this level persists and is representative, a hash power equivalent to nearly 29% will enter the network. This is attributed to Chinese miners successfully relocating their equipment and previously obsolete equipment dusted off and reused.

It is also worth noting that, this week, the share of intra-network transaction fees associated with exchange deposits dropped to 14%. A continuation of this scenario could reinforce the thesis that pressure from sellers has eased.

Currently, the company has Bitcoin and Ethereum SEC-reporting entities approved, with the additional three looking to be approved in the future. Key aspects of the announcement now mean that the funds become more attractive for investors.

“Grayscale aims to provide the investment community with a higher level of disclosure and reporting on top of the already stringent obligations to which our products adhere.”

Salm reiterated the importance of offering high standards for investors looking to invest in cryptocurrencies.

"Events such as the Fund becoming our third SEC reporting company, and the additional Form 10 filings, signal that there is continued investor interest in gaining exposure to the growing digital currency ecosystem within existing regulatory frameworks, and that regulators continue to engage with market participants in the asset class."

The move is another step towards Grayscale’s plans to launch a digital currency Exchange-Traded Fund (ETF). Grayscale investments has seen increased interest in its products as it becomes a safer bet within the extremely volatile crypto market.

While Salm expects an ETF approval that will ultimately benefit the investment firm, he only expects it to be approved in 2022.