After rejection at the $65,000 line, the Bitcoin price has dipped back to $62,080 and has dropped below the 3-month upward trending line. The relative strength index (RSI) has dipped back into the neutral territory and the MAD shows increasing bullish market momentum. Both these factors tell us that BTC will likely jump again. 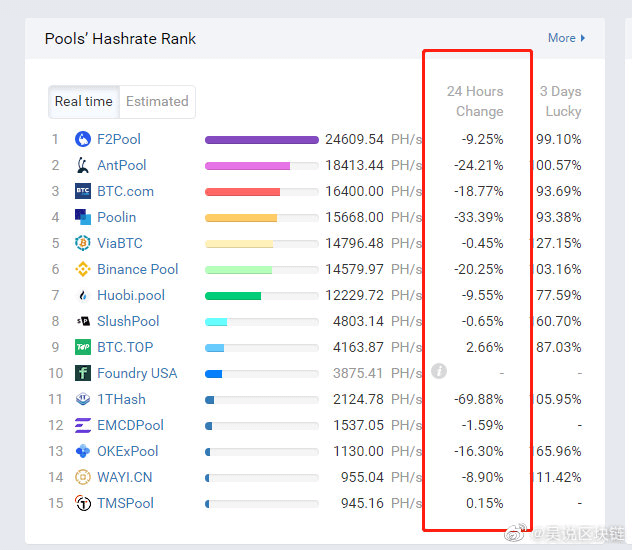 Wu Blockchain shared the above image and tweeted:

“The hashrate of Bitcoin mining pools plummeted in 24 hours. Antpools fell by 24.5%, http://BTC.com fell by 18.9%, Poolin fell by 33%, Binance pools fell by 20%. The reason is that Northwest China is undergoing a complete blackout for safety inspections.” 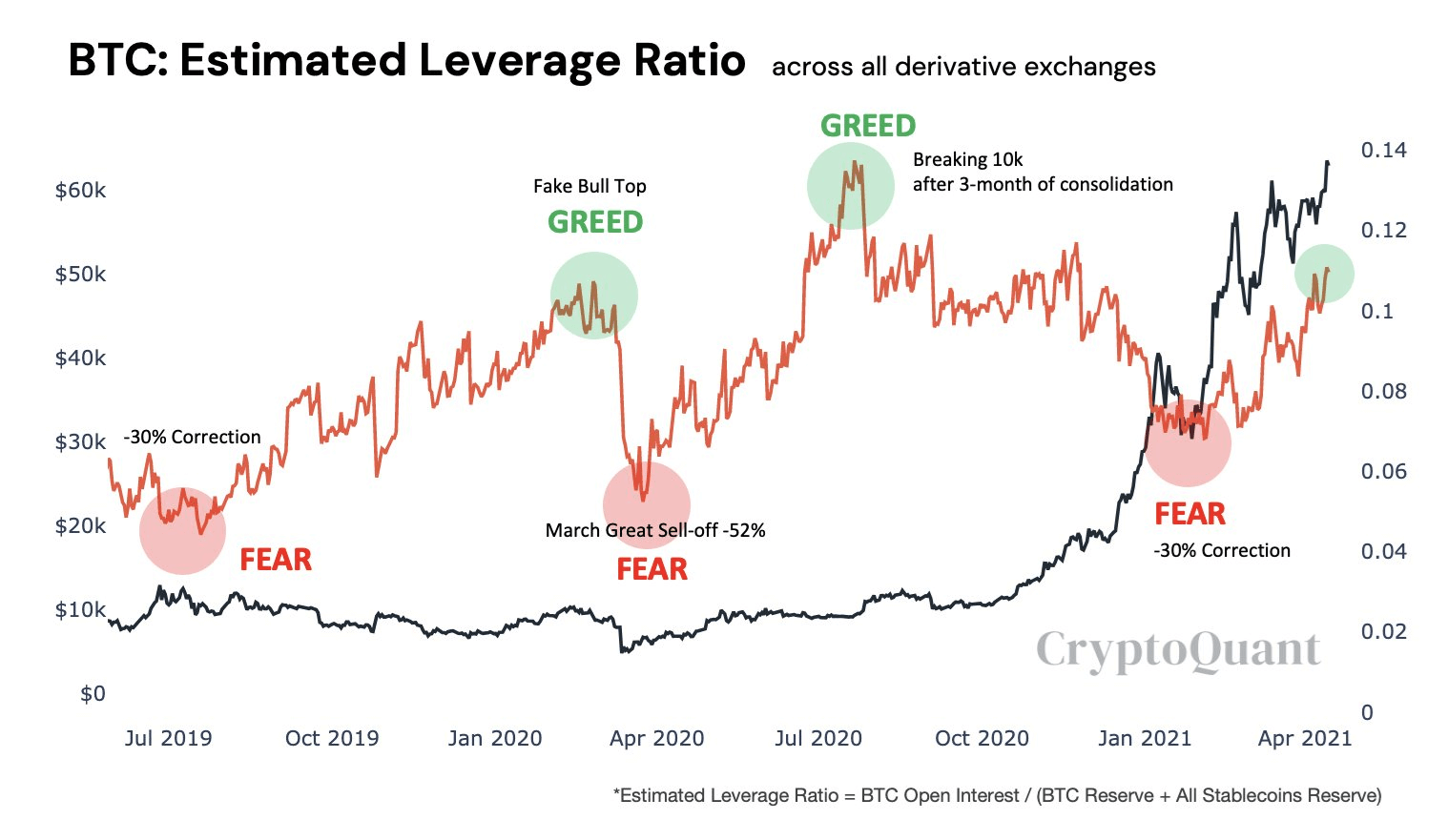 CryptoQuant CEO Ki Young Ju shared the above image in his tweet:

“$BTC market is in the greedy stage. How much leverage people bet in derivative trading can indicate investors' fear and greed. It has increased since February. I'm not saying bearish, but I usually recommend buying when it's in the fear phase.”

Gregg Smith, the founder of Evolution VC Partners, recently said the listing of Coinbase on Nasdaq would accelerate Bitcoin’s popularity significantly. Speaking to Fox Business, Smith mentioned that the listing is already impacting BTC’s price as the asset hit a new all-time high of above $64,800 on April 14.

The founder added that the listing would act as a catalyst to the overall growth in the crypto market‘s value as BTC becomes part of any portfolio. He said:

We will overhear spouses turning to one another and saying, honey, do we own any of this crypto stuff? And maybe we should buy some. So to begin to mark what people believe is that crypto should be part of a construct of a modern-day portfolio. So it’s going to popularize that and put it into the forefront.

Smith is not the only one with this opinion. American venture capitalist Ron Conway noted that the listing will make digital assets “the next multi-trillion dollar opportunity in innovation.” While acknowledging that the crypto sector is still nascent, he said the growth is rapid and cannot be ignored.

I absolutely believe that Coinbase is the Google for the crypto economy and opens this huge opportunity to consumers.

During a recent interview with CNBC, Congressman Kevin McCarthy said that the crypto community can only expand from now on. McCarthy is the Republican leader of the US House of Representatives. His statement comes at a time when assets such as Bitcoin, Ether and Binance Coin have been growing at a significant pace.

According to earlier reports, Federal Reserve Chair Jerome Powell and Treasury Secretary Janet Yellen have been conservative with their approach to cryptocurrencies. When asked about their stance, McCarthy said that authorities had recently sought to disregard cryptocurrencies to make them disappear. However, they have appeared to arrive at a point where they may need to take a closer look and change their perspective on the crypto industry.

McCarthy also shared his views on some crypto concerns. He urged the government to investigate how blockchain might enhance its functionality. Earlier in 2019, he had informed CNBC that he liked Bitcoin’s decentralized nature, but it wasn’t quite where it wanted to be in terms of fighting against illegal financing.

If the buyers take back control, the Bitcoin price will once again make a beeline for the $65,000 psychological level.