Between June 15 and June 21 the Bitcoin price crashed from $40,500 to $31,500 and lost nearly $9,000 in its valuation. During this drop, BTC flipped the 20-day SMA from support to resistance and the parabolic SAR has reversed from bullish to bearish. Let’s check out what happened after that.

Bitcoin price has massive resistance at the 20-day SMA ($36,000). As per the IOMAP, over a million addresses had previously purchased almost 425,000 BTC at this level. 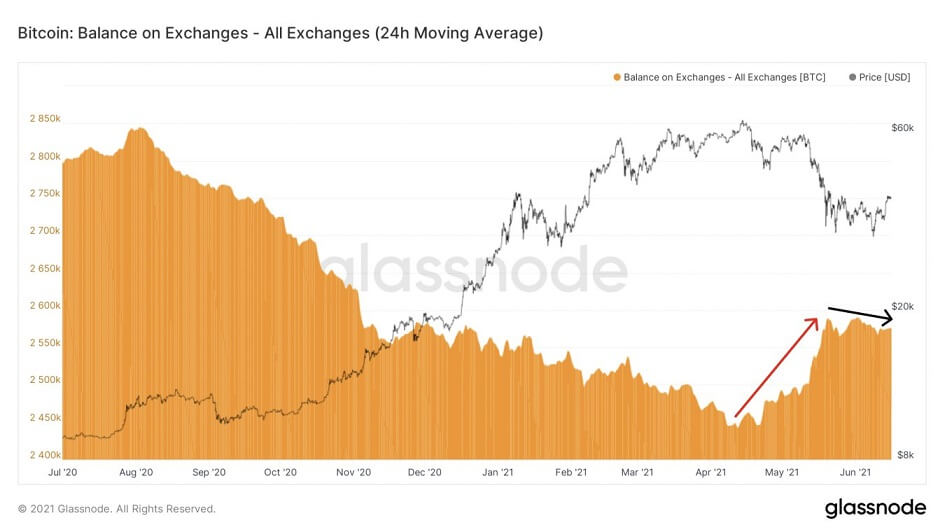 "#Bitcoin balances on exchanges flattening out again after a large wave of inflows in May." 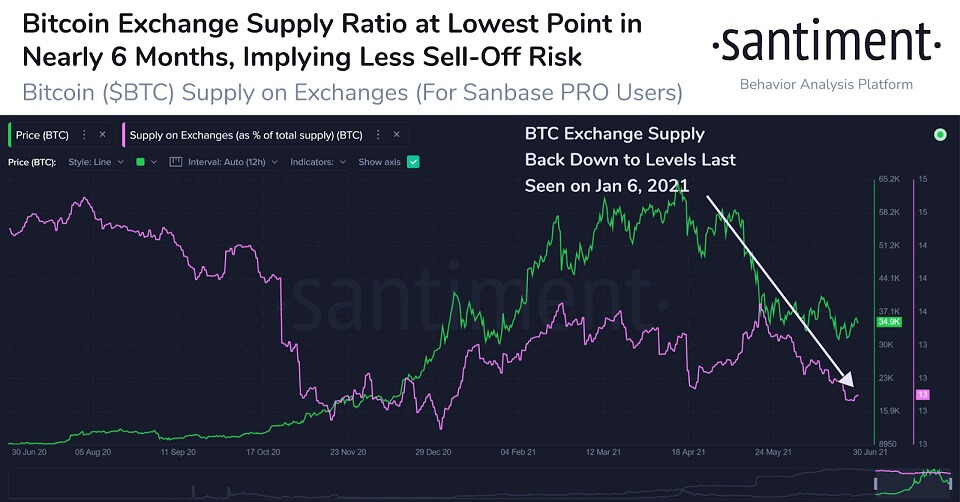 "Following #Bitcoin's mid-May dip, the supply of $BTC sitting on exchanges has steadily fallen back down and locked away for safe keeping by hodlers. This is a good sign for #bulls, as funds moving away from exchanges lowers the risk of major sell-offs." 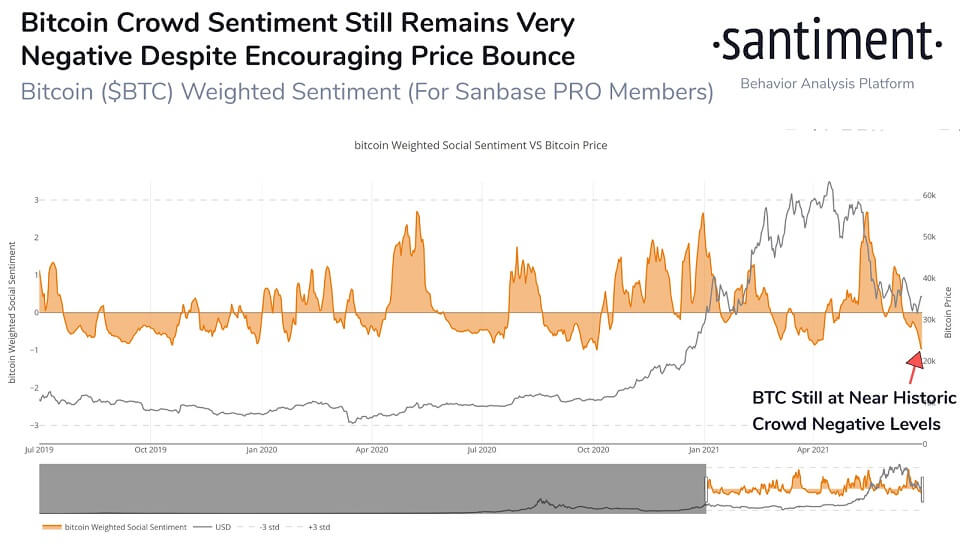 "#Bitcoin, despite jumping back above $36,000 Tuesday, is still seeing an extremely #bearish sentiment here on #Twitter. Historically, when crowd #FUD is this notable it's a much lower risk opportunity to get in while traders are awaiting lower prices." 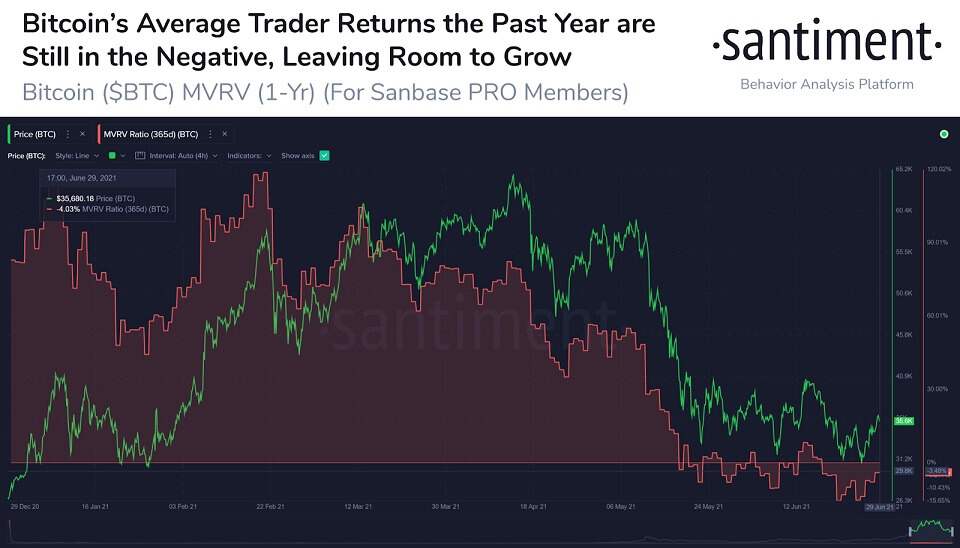 "#Bitcoin jumped back above $36k Tuesday before a mild decline. An encouraging sign is that one of our popular leading indicators, 1-year MVRV, still indicates that average traders are in the negative, indicating the low-risk buy time still has legs."

Senator Cynthia Lummis talks about Bitcoin as a retirement strategy

Senator Cynthia Lummis recently asked Americans to consider cryptocurrencies as a way to diversify their retirement and long-term savings. Notably, she is already doing the same.

In a new interview with CNBC, the "bitcoin-friendly" US Senator said she holds about five BTC today, first purchasing when the cryptocurrency was at $330. Lummis said she encourages people to "buy and hold" as a way to save for their future.

"I worry about having all of our retirement monies denominated in US. dollars. As part of diversification, having a very diverse asset allocation, you don't have all your eggs in one basket. I think one of the strongest stores of value for the long run is bitcoin."

For now, Bitcoin is the only cryptocurrency in her portfolio as it's the only one she feels she "really understands." Still, she acknowledged that her endorsement doesn't mean bitcoin is the only useful crypto, adding that Ethereum could be beneficial as well.

Through efforts like her recently formed Financial Innovation Caucus, Lummis hopes to help regulation progress to a place where cryptocurrencies like Bitcoin can be used as assets to diversify long-term portfolios and use it as a medium of exchange.

However, she noted that could be a tough balancing act. It would require complying with current anti-money laundering laws and the Bank Secrecy Act without stifling crypto's fast-paced innovation, she added.

The procedure would also require creating public infrastructure related to crypto, like a digital dollar while tackling privacy concerns, she said in the CNBC interview.

"We don't want to over-regulate or differently regulate traditional banking and non-fiat currency banking because we want them to have a level playing field."

The buyers will have to bounce up from the $33,600 support wall and re-test the 20-day SMA. If they manage to break past this level, BTC should reach 50-day SMA and flip the parabolic SAR from bearish to bullish. On the downside, a break below $33,600 will take BTC to the $30,000 psychological level.