Between June 15 and June 22, the Bitcoin price crashed from $40,500 to $31,500 flipping both the 20-day SMA and the parabolic SAR from bullish to bearish. The $31,500 support barrier has stayed strong to prevent any further drops. Let’s take a closer look at what happened next.

The Bitcoin price bounced up from the $31,500 support wall as the buyers have taken back control for two whole days. However, the MACD indicates sustained bearish momentum, which could take BTC down in the future.

As already mentioned, the Bitcoin price faces immediate resistance at $33,000. As per the IOMAP, over 685,000 addresses had previously purchased almost 580,000 BTC at this level. 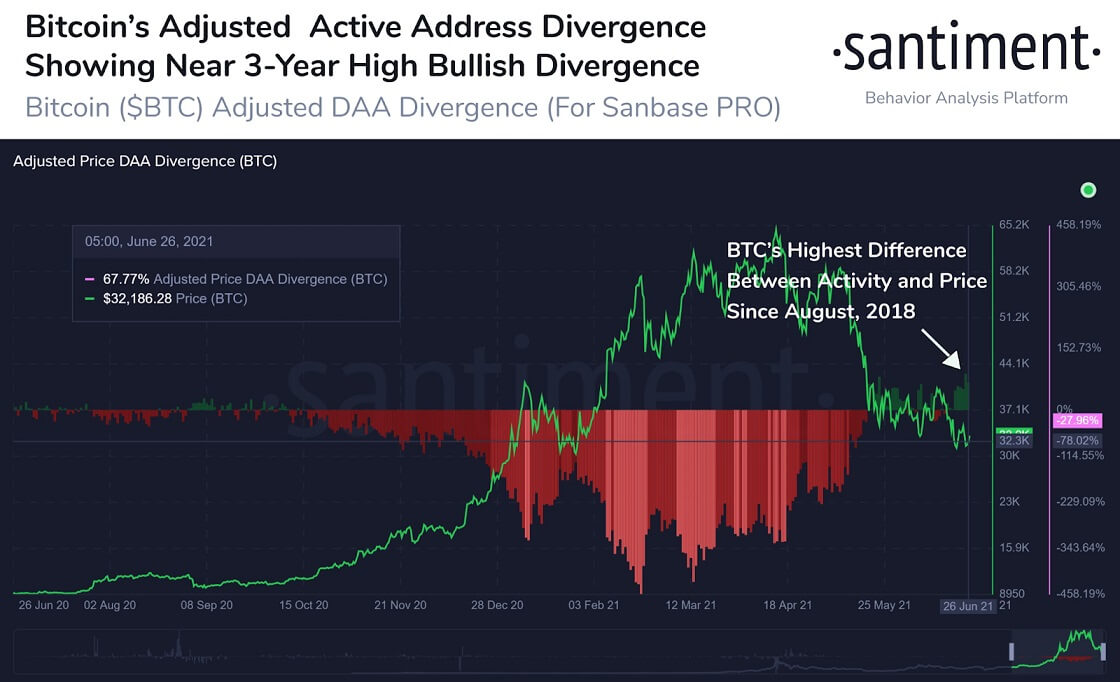 "#Bitcoin is rebounding again, and active addresses are growing slightly following the massive 50%+ drop from the April #AllTimeHigh. Our Active Address Divergence model shows that though a price drop made sense, address activity hasn't dropped as much." 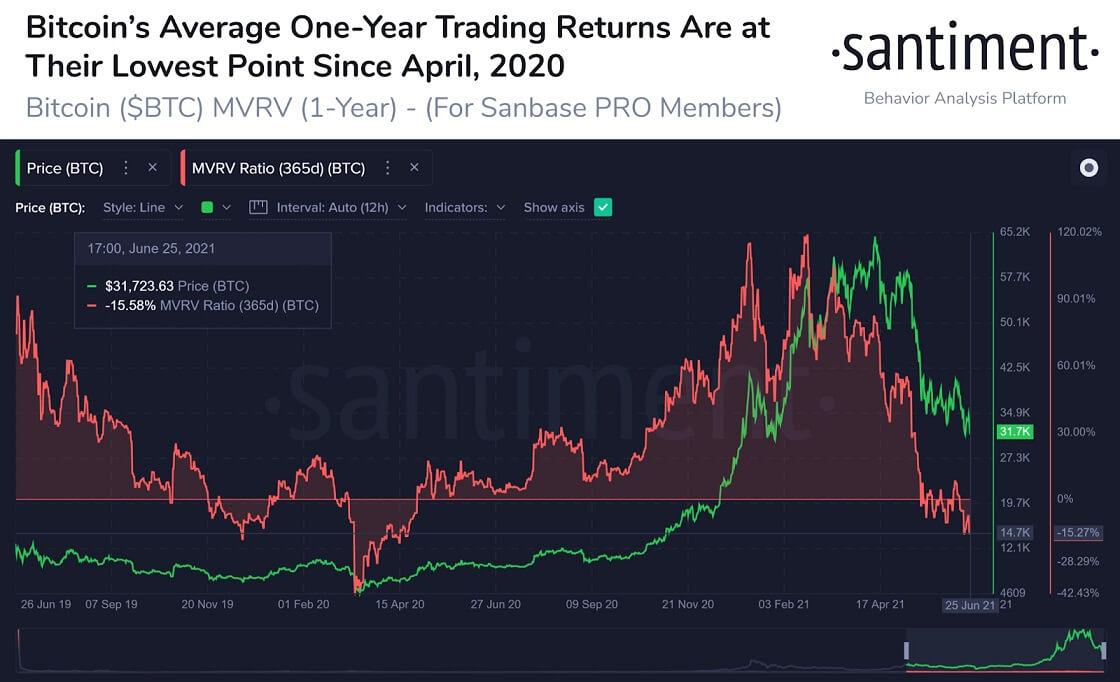 "#Bitcoin may still be up significantly compared to 2020 prices.. But through all of the #FOMO, top-buying, and bottom-selling, the $BTC network is at its lowest average trader returns in 14 months. This historically is a better than average spot to buy." 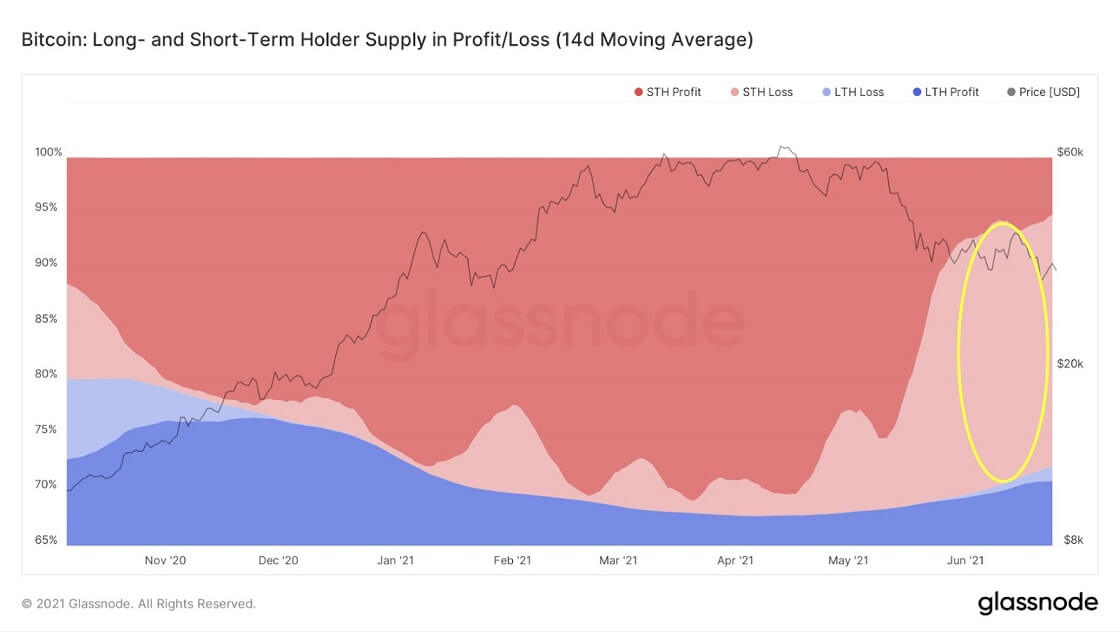 “The #Bitcoin investor group that is realizing most losses is the short term speculators.”

Most Devastating Bitcoin Price Capitulation Ever? 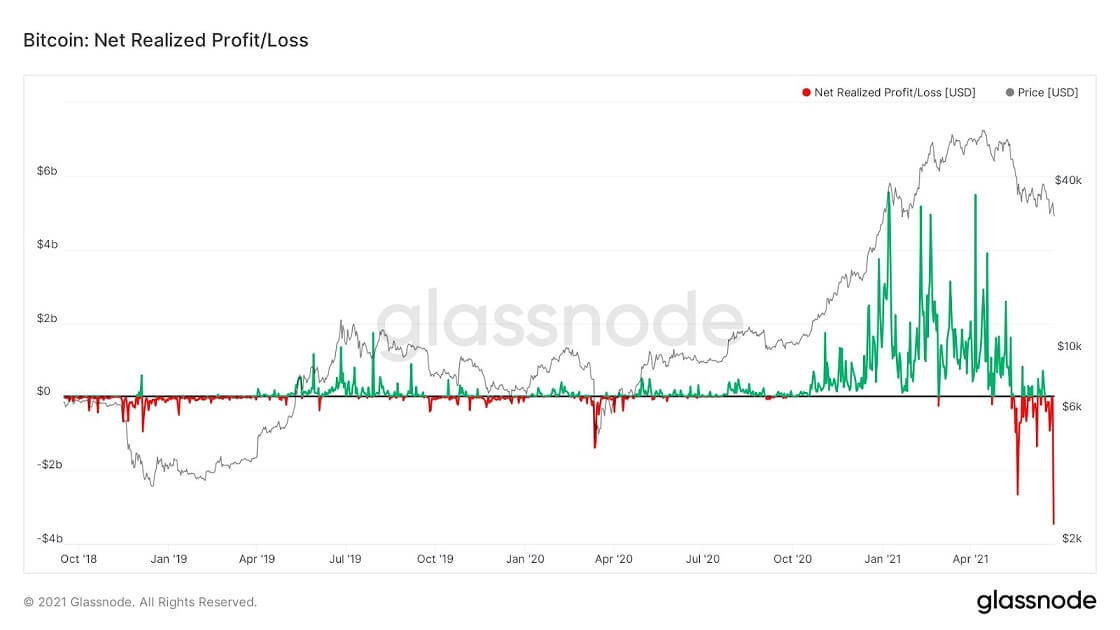 “I had to check it by myself to verify if true but onchain records really suggest this is the most devastating capitulation ever seen for $BTC gauging by its size.”

Jack Dorsey And Elon Musk To Debate About Bitcoin

Jack Dorsey, the CEO of Twitter, recently took to Twitter to announce “The B Word” summit on July 21st. When Tesla's Elon Musk responded to Dorsey with a joke, the Twitter CEO invited Musk to join him for a discussion at the event. Musk laughed it off at first, but Dorsey insisted. In the end, Musk confirmed, “Very well then, let’s do it.”

Soon after that, many popular personalities expressed their excitement about the event. On the event’s website, they describe the summit as:

The B Word is a Bitcoin-focused initiative that aims to demystify and destigmatize mainstream narratives about Bitcoin, explain how institutions can and should embrace it, and raise awareness around areas of the network that need support.

It is an event for organizations, institutional players, and investors. As Bitcoin’s mainstream adoption advances, the bigger interested parties need guidance and credible information. The B Word will offer “a live experience and a library of content to the investor community, enabling a more informed discussion about the role Bitcoin can serve for institutions across the globe.”

Dorsey made an appearance at the Bitcoin 2021 conference in Miami and said about the asset.

All of the other coins, for me, don’t factor in at all.

He also claimed that miners have to make a profit, and "getting cheap renewable energy maximizes their profit."

Tesla bought more than $1B worth of Bitcoin and added it to the company’s balance sheet. Then, Musk changed his mind over environmental concerns. His tweet about it sent Bitcoin’s price in a downward spiral, and the top cryptocurrency hasn’t recovered since.

The buyers will need to garner enough bullish momentum and take down the $33,000 resistance. The Bitcoin price has to at least touch the 50-day SMA to reverse the parabolic SAR from negative to positive.