Despite the recent downturn during which BTC reversed the 20-day SMA from support to resistance, Looking at the daily chart, we can see that BTC has flashed two buy signals – Firstly, the MACD shows sustained bullish market momentum. Secondly, the parabolic SAR has reversed from negative to positive.

Before the weekend started, Santiment noticed the following:

During the weekend, Santiment shared this chart and insight 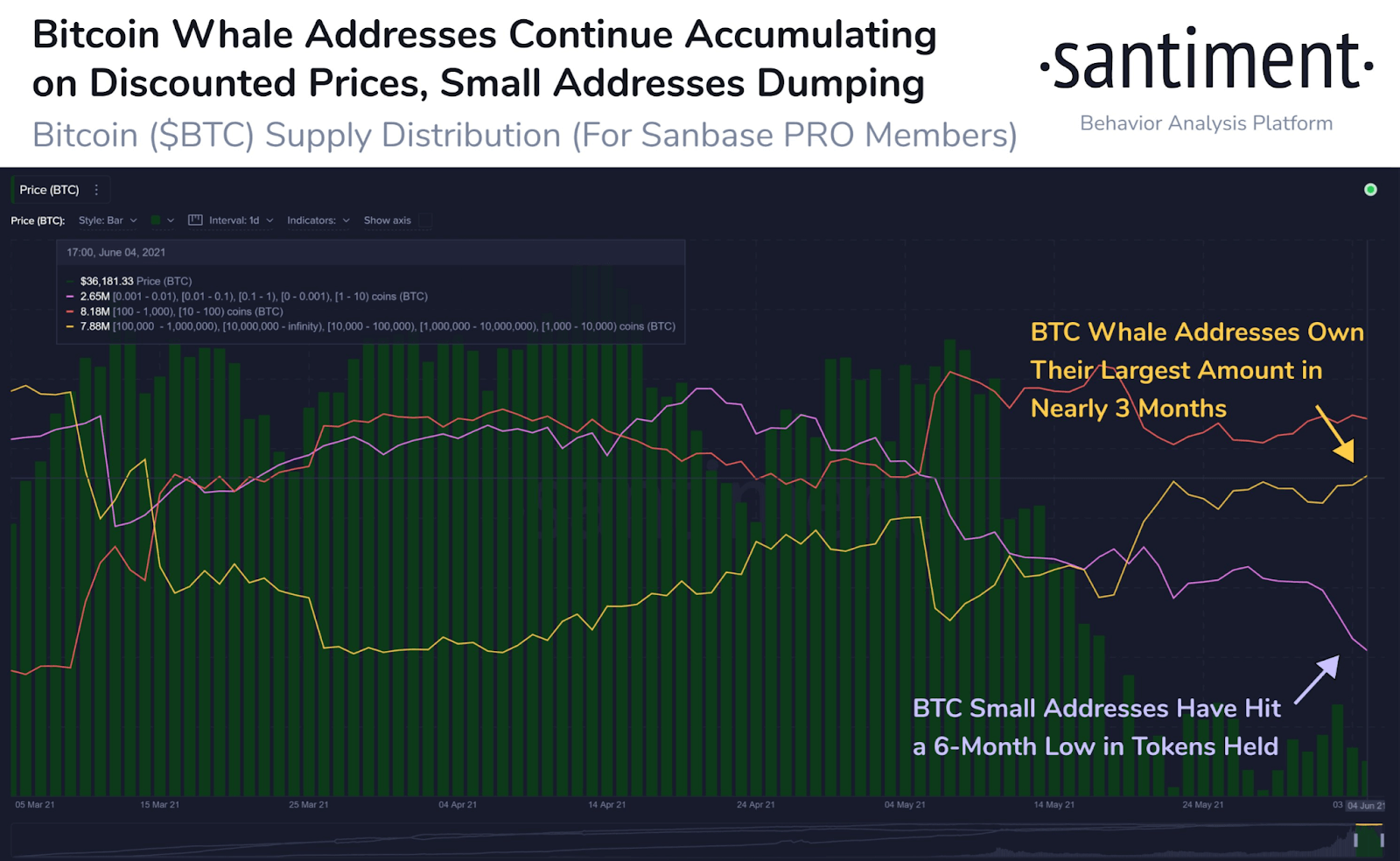 "#Bitcoin whale addresses holding 1k+ $BTC are back to holding 7.88M tokens. This is the largest amount of $BTC held by whales since Mar 14. This coincides with just 2.65M $BTC held by addresses with 10 or less $BTC, their SMALLEST amount in 6 months."

Bitcoin Moving From Liquid To Illiquid 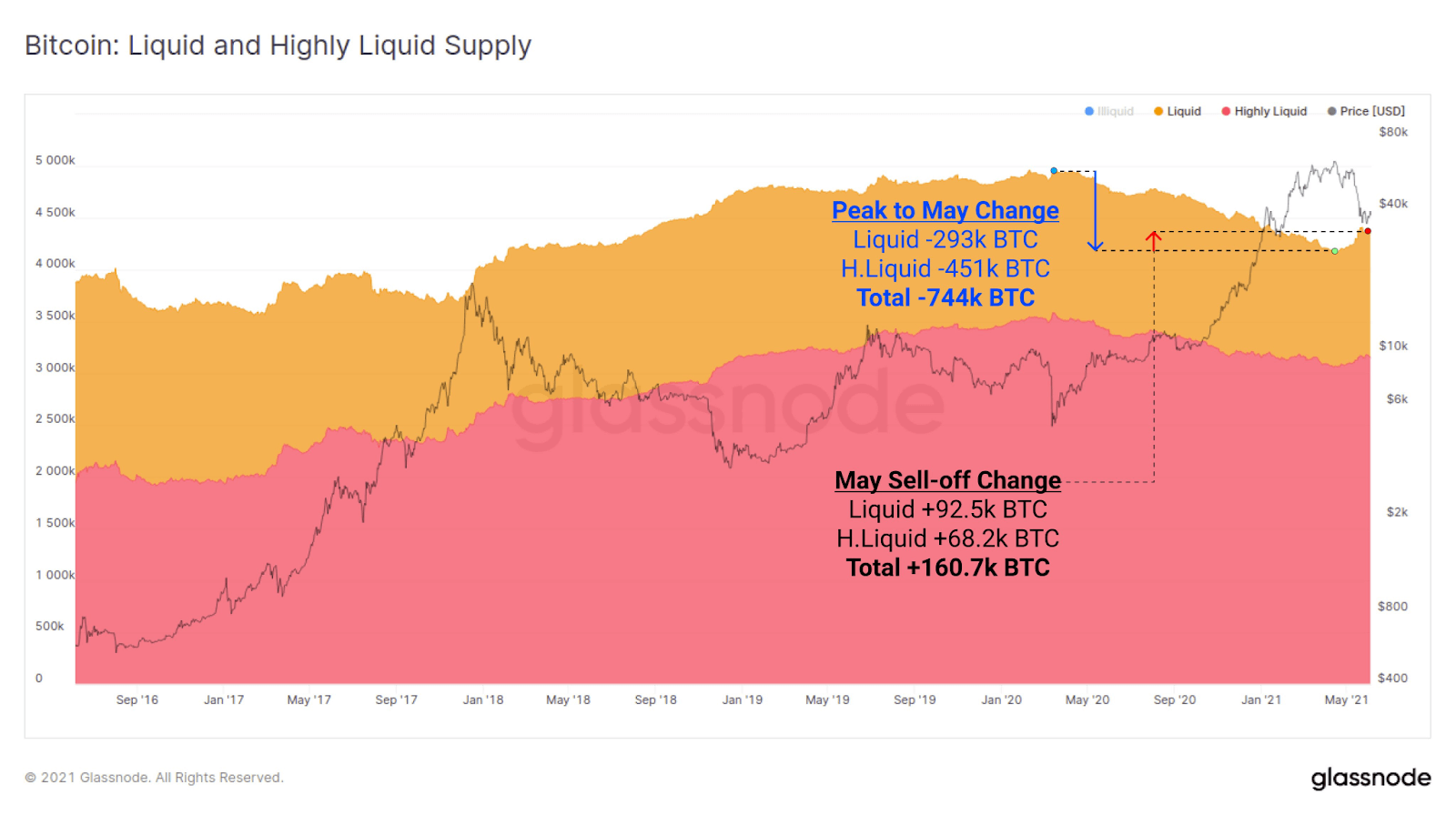 "From March 2020 to the start of May, a total of 744k $BTC moved from Liquid to Illiquid state. During the recent sell-off, 160k $BTC have been spent back into liquid circulation providing an indication of the supply that has changed hands."

Bitcoin Continues to Move From Impatient To Patient Hands

Glassnode co-founder shared the following to show how the primary cryptocurrency has consistently moved on from the short-term holders to long-term holders. 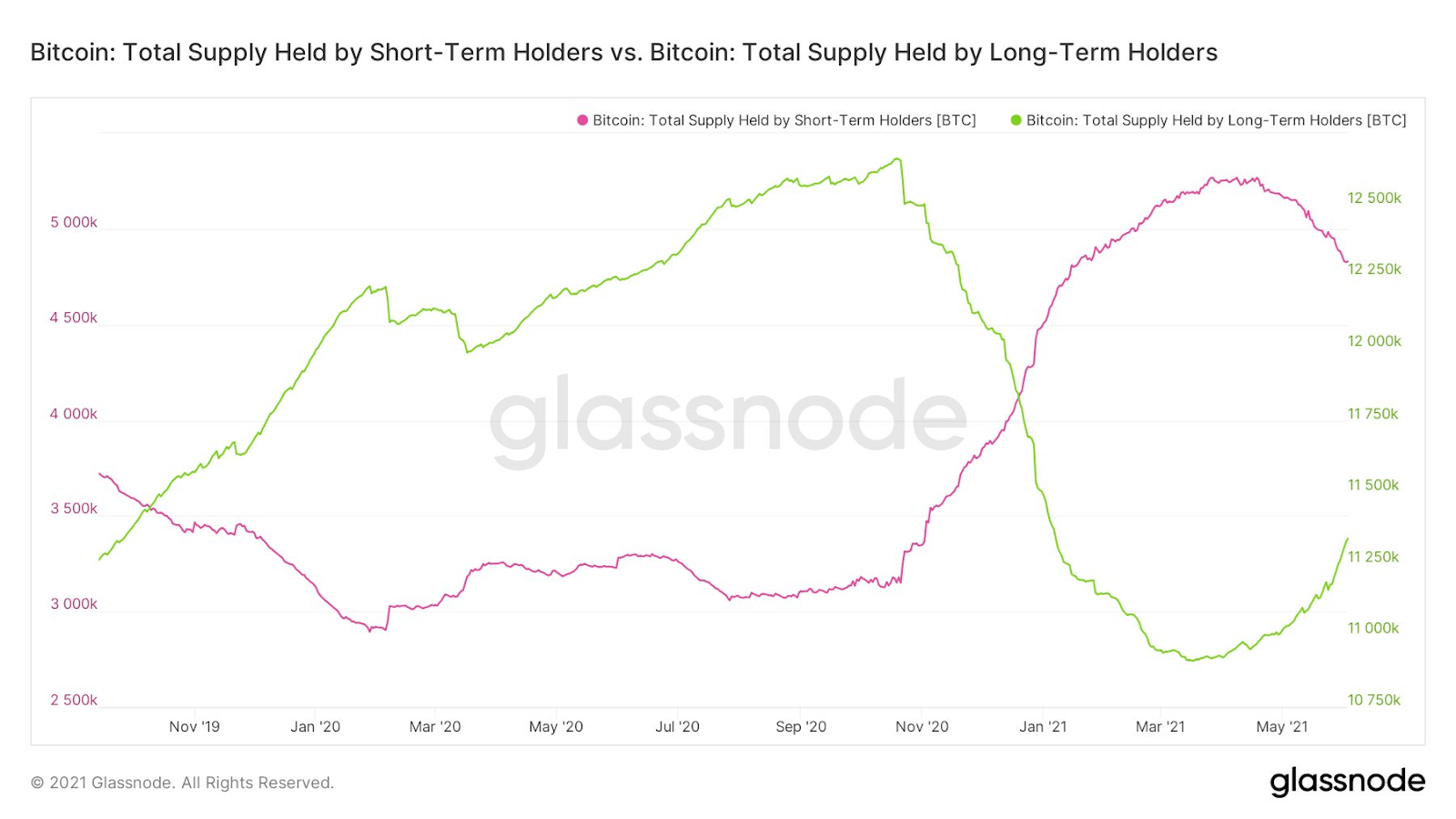 El Salvador President Nayib Bukele recently announced that he would send proposed legislation to the country's congress that would make Bitcoin legal tender in the Central American nation. He took to Twitter to share the news.

Next week I will send to Congress a bill that will make Bitcoin a legal tender in El Salvador. In the short term this will generate jobs and help provide financial inclusion to thousands outside the formal economy and in the medium and long term we hope that this small decision can help us push humanity at least a tiny bit into the right direction.

Bukele's New Ideas party holds a supermajority in the new congress seated May 1, giving any legislative proposal from the president a solid likelihood of passage.

Additional details of the plan are unclear. But in subsequent messages, Bukele noted that Bitcoin could be "the fastest growing way to transfer 6 billion dollars a year in remittances." He said that a large part of money transfers are currently lost to intermediaries, and with Bitcoin, more than a million low-income families could benefit.

He also said that 70% of El Salvador's population does not have a bank account and works in the informal economy. Bitcoin could improve financial inclusion, he added. Bukele's concentration of power, attacks on critics, and open disdain for checks on his power have raised concerns about his path. However, Bukele has a wide base of support in part due to the utter failure of the country's traditional parties who ruled during the past 30 years to improve people's lives and to his ability to provide short-term benefits.

The buyers need to overcome two crucial resistance barriers – $36,500 and 20-day SMA. If they manage to do so, the Bitcoin price will garner positive momentum.