Bitcoin price has yet again dropped below the $40,000 psychological level after flashing the bearish green-nine candlestick in the TD sequential detector. Previously, BTC fell from $34,300 to $29,700 between July 5 and July 20 and managed to:

The Bitcoin price had 8 straight bullish sessions between July 21 and July 28, during which it jumped from $29,800 to $40,700 – entering the $40,000 psychological level. However, the TD sequential detector tells us that BTC has flashed a green-nine which forced the price to drop to $39,550.

The Bitcoin price faces the nearest resistance at $40,500. As per the IOMAP, almost 255,000 addresses had previously purchased almost 121,000 BTC at this level. 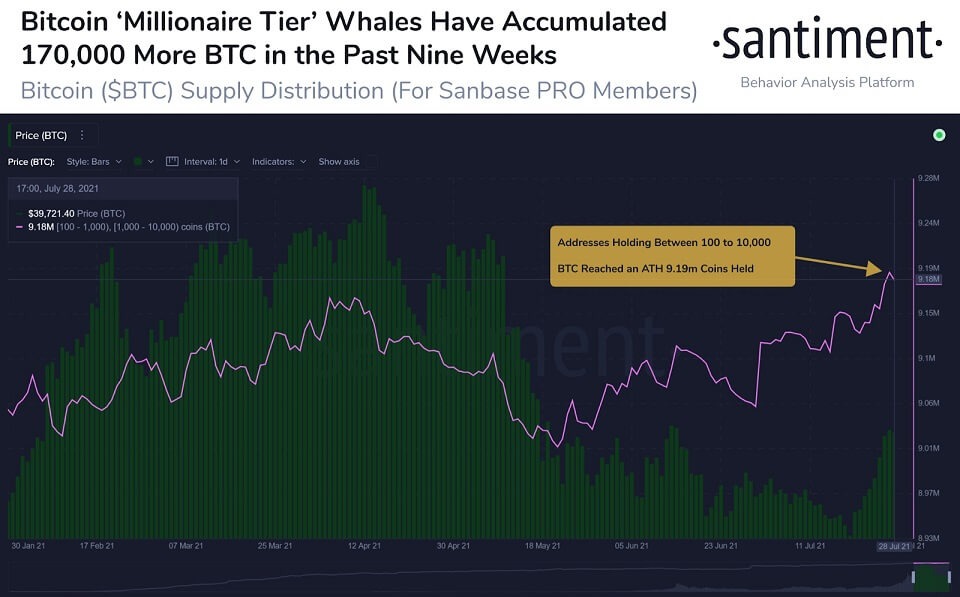 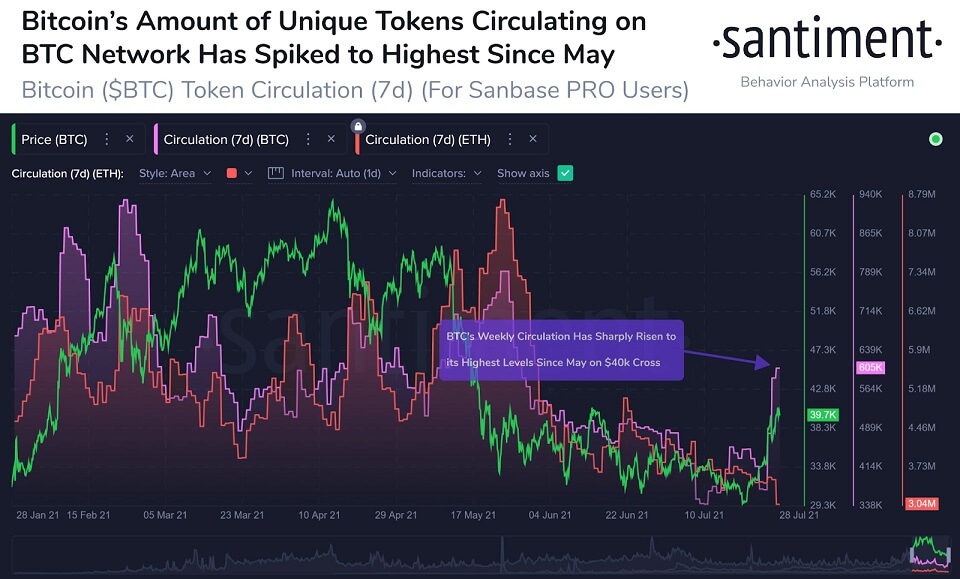 “#Bitcoin's amount of unique tokens being circulated has  jumped to levels not seen since May. This is a big development considering $BTC's stagnancy leading up to this week. This is one of our top leading price indicators that our community focuses on.”

Bitcoin mining firm Stronghold Digital Mining recently filed for a $100-million initial public offering with the US Securities and Exchange Commission. TIf given the green light by the SEC, Stronghold intends to list its Class A common stock on the Nasdaq Global Market under the “SDIG” ticker.

Stronghold is a sustainably focused and vertically integrated Bitcoin mining company that was founded in 2021. In June, the firm completed two private equity securities raises worth $105 million.

According to the new filing, Stronghold will use the funds for general corporate purposes, such as “acquisitions of miners and power generating assets,” with the firm outlining plans to increase its total hash rate capacity.

The firm stated that it currently operates around 1,800 crypto mining machines with an estimated hash rate capacity of 85 petahashes per second (PH/s) and already has more machines on the way.

Stronghold has entered into “three definitive agreements with multiple suppliers” to purchase more than 27,000 mining machines, which the firm estimates will have a minimum total hash rate capacity of 2,600 PH/s. It expects to acquire 93% of the machines in 2021 and the remaining 7% to be delivered in 2022.

The firm operates as “low-cost, environmentally beneficial power generation facilities” and mines Bitcoin by converting waste coal into energy on a scale equivalent to “a large-scale” hydropower plant. It estimates that for every Bitcoin it mines, 200 tonnes of waste coal is destroyed.

Stronghold also stated in the filing that it intends to house the new mining machines at its current facility and two new plants that it is working to acquire.

The Bitcoin price has dropped below the $40,000 psychological level this Thursday and is now probably going to drop further till the $38,000 support wall.