On April 25, the Bitcoin price flashed a buy signal in the form of a red-nine candlestick. Following that, BTC jumped from $49,000 to $57,600 – gaining almost $8,500 in its overall valuation. During this upward surge, BTC managed to flip both the 20-day and 50-day SMAs from resistance to support.

The Bitcoin Price Retreats After Encountering Resistance At $58,500

The Bitcoin price has failed to break past the $58,500 resistance. The MACD shows increasing bullish momentum, so BTC should be able to eventually take down this wall. However, do not that the premier cryptocurrency is on the verge of flashing a sell signal in the form of a green-nine candlestick in the TD sequential detector.

Glassnode: Bitcoin Price In The Middle Of Bull Cycle 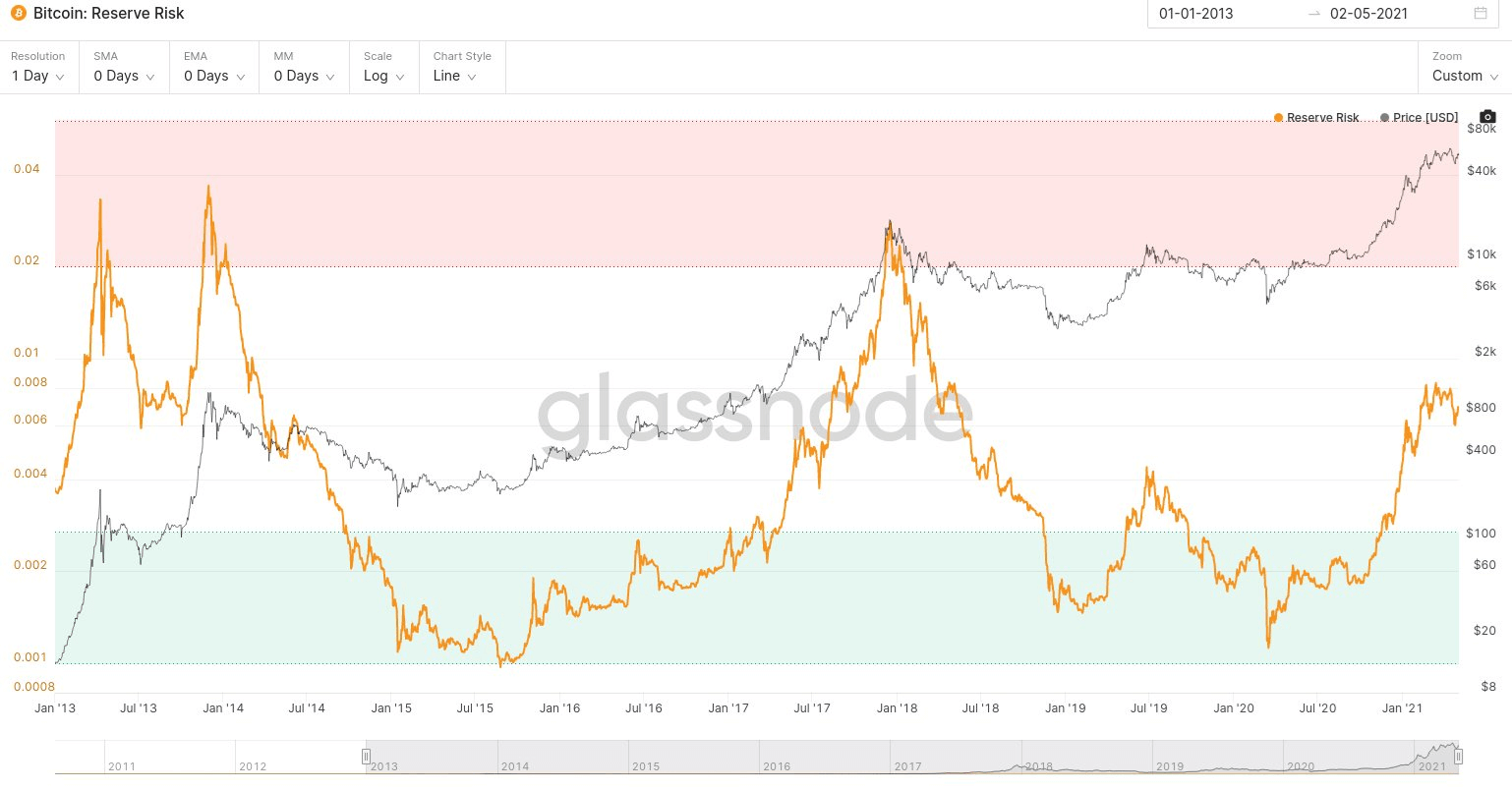 The Bitcoin price is in the middle of a bull cycle as per Glassnode.

"#Bitcoin Reserve Risk via @glassnode looks like we're still in the middle of this bull cycle with BTC at $58k. Over 0.02 is when it looks more 'toppy' or potential end of the cycle." 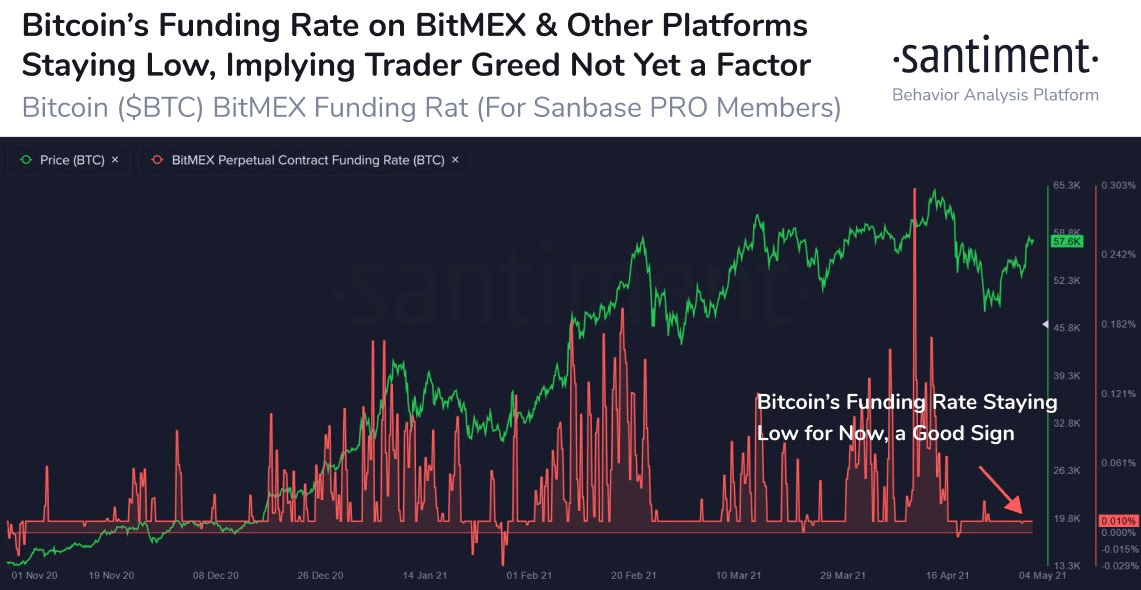 Santiment shared this tweet along with the chart shown above:

"With the #crypto crowd's eyes increasingly on #Ethereum these past couple weeks, #Bitcoin's funding rate on #BitMEX & others have stayed low. This means that leveraged longs & euphoric behavior are dormant, and $BTC is a better bet than usual to rise."

Bitcoin’s Taproot, is Now Being Voted On For Implementation

After many years of development, the long-awaited Taproot update is finally ready to run. It is now up to the community to decide whether or not they agree with its implementation. Taproot is a Bitcoin soft fork that integrates Schnorr cryptographic signatures, an alternative signature method to the ECDSA currently implemented on the network. In other words, the upgrade allows the creation of a kind of master key to summarize several signatures into a single one. In this way, performing multi-signature multi-input transactions (UTXI) on Bitcoin becomes more efficient and cheaper.

The implementation likely opens the door for various methods of identity obfuscation by hiding the number of participants involved in a Bitcoin transaction. Another benefit of Taproot is that it reduces the load on the network, decreasing the transaction space by at least 20% (much more if the transactions are multi-signed). This would increase the transaction processing capacity per second and considerably reduce the fees for each transaction.

Additionally, many expect the implementation of Taproot to enable the eventual development of smart contracts, which would lead to even greater adoption of the network. It is a step towards a more scalable, private Bitcoin. To get implemented, the proposal must pass a major test: the “Speedy Trial.” Miners must update their nodes with this compatibility and signal their approval for Taproot if they agree.

The voting period started with the latest network difficulty adjustment and will last 2016 blocks until the next update occurs. By then, if more than 90% of the mining blocks signal their approval to Taproot, the soft fork will be implemented in November this year.

The Bitcoin price will need to cross over the $58,500 resistance barrier to reach the $60,000 psychological level.