Bitcoin Price Prediction: BTC Is Undervalued As Per Technical Analysis

Due to the aforementioned Bitcoin price crash, the relative strength index (RSI) had dipped into the oversold zone. Due to this, the buyers have entered the market and pushed the price up to $38,300 and the RSI back into the neutral zone. During this charge, BTC had managed to conquer the crucial $37,000 line and will aim to take down the 200-day SMA. Following that, BTC nerds to touch the $43,200 resistance barrier.

Bitcoin price bulls gained a crucial ally by taking down the $37,000 support wall. This line is pretty formidable since nearly 743,000 addresses had previously purchased >430,000 BTC tokens.

Most On-Chain Bitcoins In Profit Again 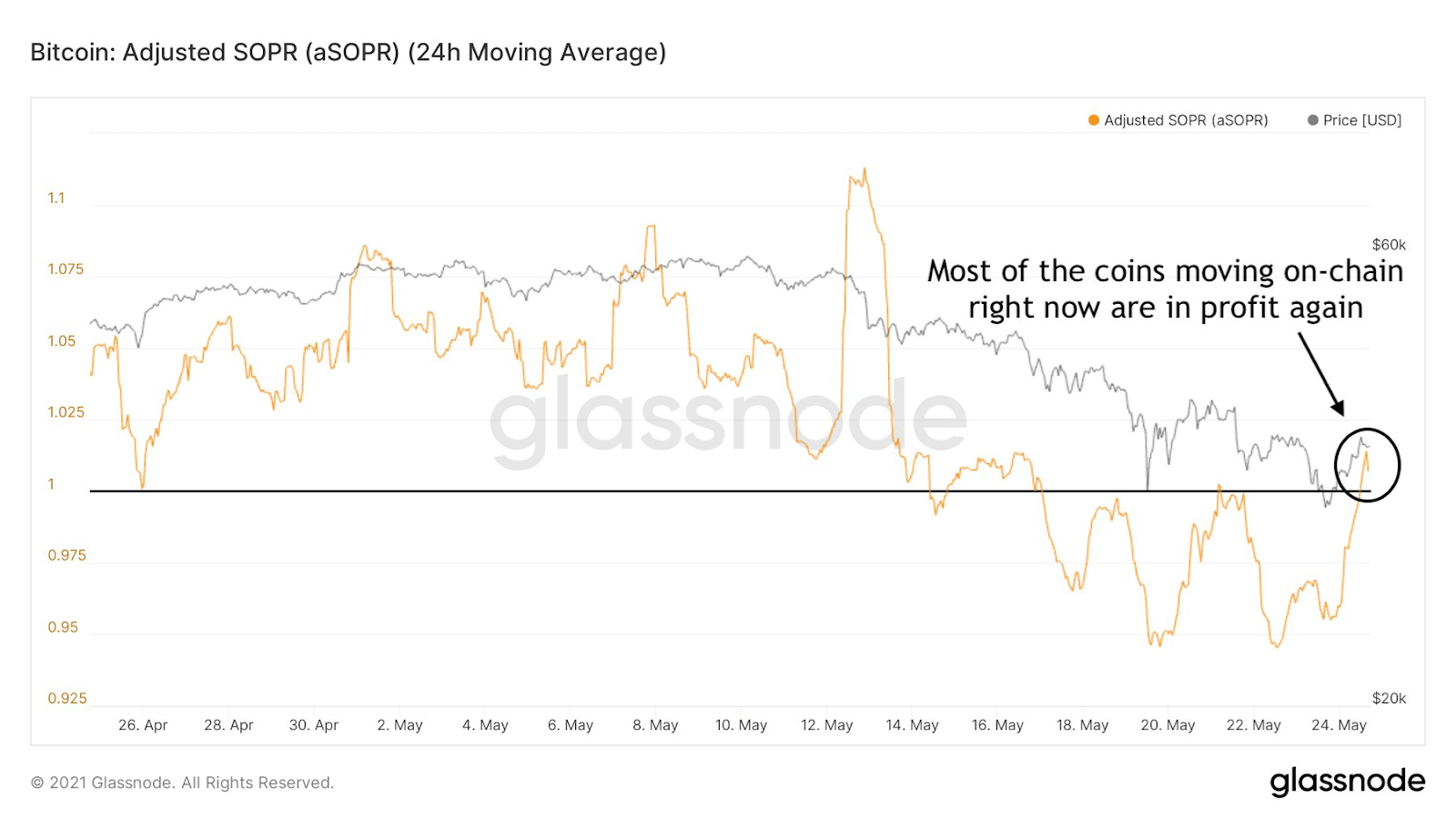 “Dilution Proof” shared the above SOPR chart along with this insight:

"This is one of the most important #Bitcoin charts to watch over the next few days Usually, SOPR=1 provides support during Ox & resistance during Bear face conditions Will SOPR return to >1, or will sell pressure from trapped bears that reach their break-even provide resistance?"

While the narrative surrounding China and Bitcoin has been mostly negative, on-chain data shows something else. “@KryptoniteTrade” shared the following CryptoQuant chart. 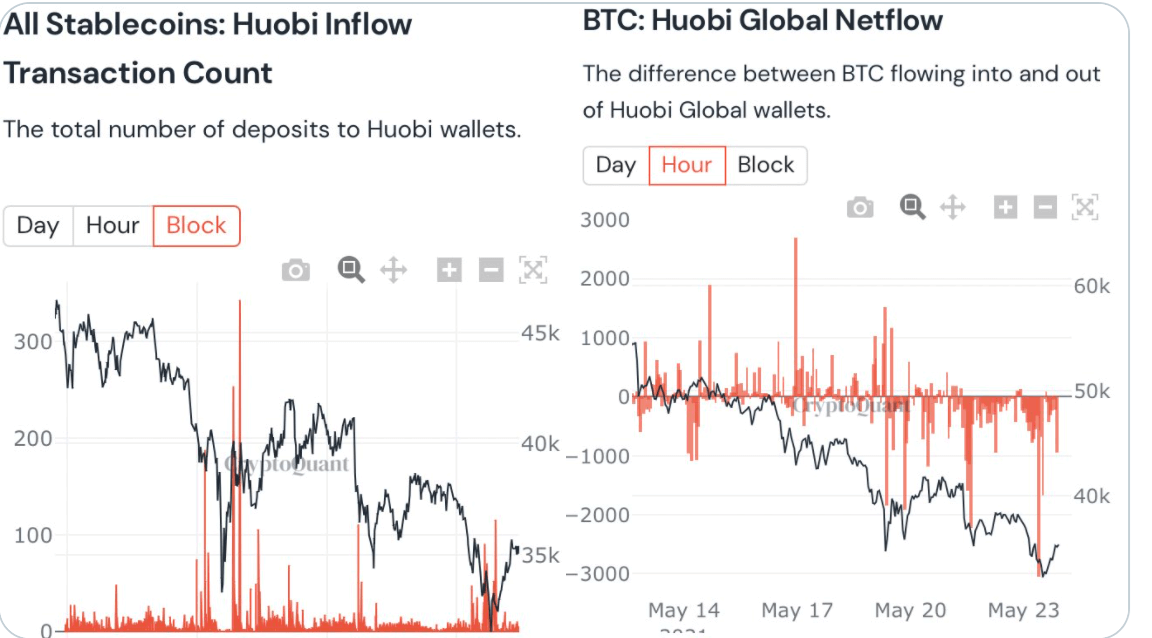 "Stable coin inflow + negative netflow on #Huobi Getting the sense China is BUYING THE DIP."

Lex Moskovski further added to the bullish narrative by saying that the stablecoin supply in exchanges is at an all-time high. 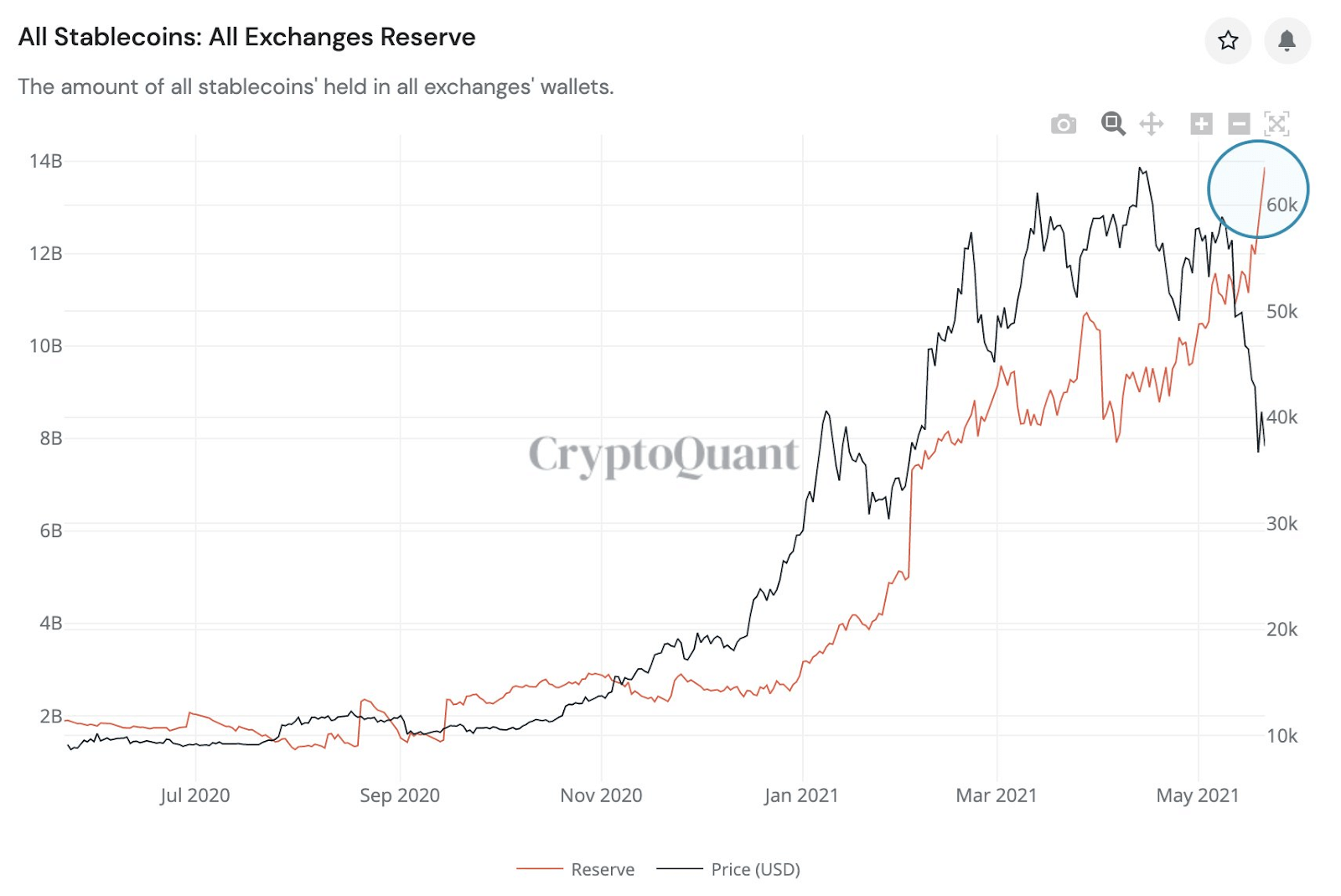 This usually is a sign since it tells us that the traders are looking to pull the trigger to buy BTC again. Cryptoquant CEO Ki-Young Ju also shared this chart to shows that the whales are cooling off and not selling their holdings. 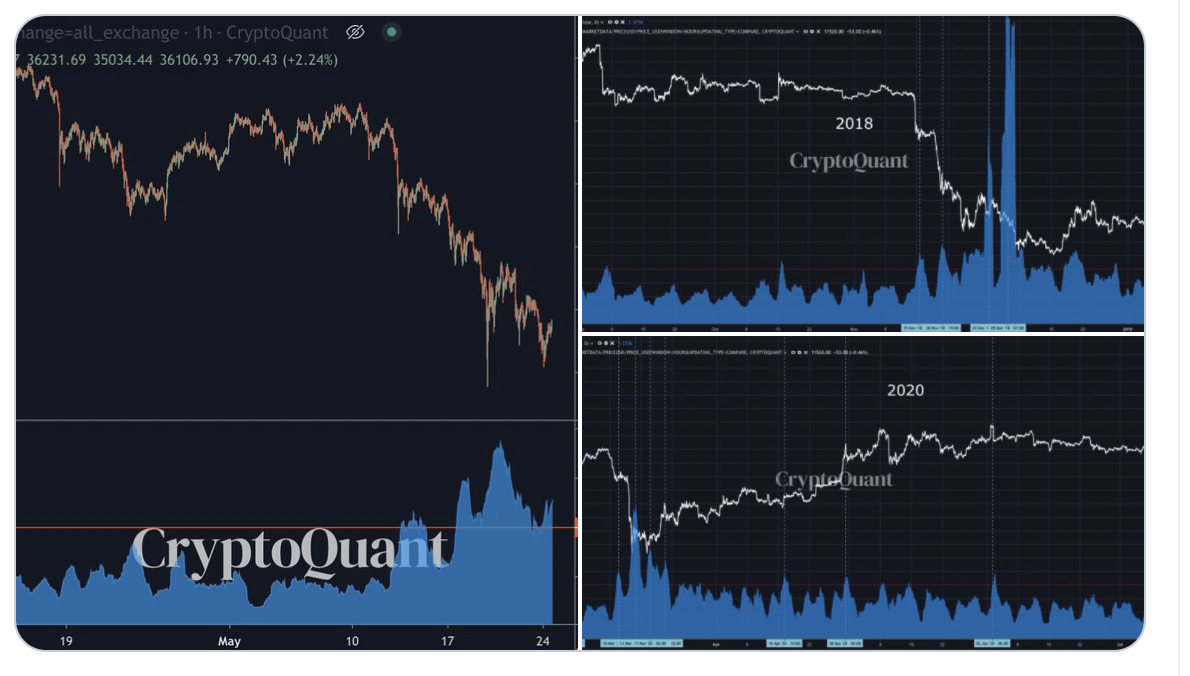 Bitcoin miners in North America are joining forces with oil drillers to use the surplus natural gas in mining the leading crypto asset. A Reuters report suggested that Bitcoin miners are sending mobile mining rigs on trailers out to oil drilling sites in North Dakota to harness the excess energy produced and convert it into crypto.

Since oil and natural gas often come from the same wells, the gas is wasted in a process called flaring when the drillers extract the oil. Steve Degenfelder, the land manager at Kirkwood Oil and Gass LLC, explained how flaring gas is a negative byproduct of the oil-drilling process.

The sweet spot for us is stranded, low volumes of gas that don’t justify a pipeline… Oil and gas companies don’t like to flare their gas – that’s money that’s burning away.

However, Bitcoin miners are now finding a way to benefit from this process and save the otherwise wasted energy. Mark Le Dain, vice president of oil and gas data intelligence at Validere Technologies, said the recent alliance could potentially take BTC out of the hands of miners in China who primarily use non-renewable energy sources.

It helps cut emissions at (an oil) producer level, but also globally by reducing mining in parts of the world where coal is likely the power source.

The oil-crypto alliance forms amid the marketwide crash in prices. The harsh correction came after Tesla CEO Elon Musk criticized Bitcoin’s energy consumption. Additionally, Shark Tank veteran and billionaire investor Kevin O’Leary has made repeated assertions that institutional investors in his network have expressed concerns over the environmental origins of their crypto assets.

The Bitcoin price buyers will need to protect the $37,000 wall at all costs and aim for the 200-day SMA to overcome the $40,000 psychological level.