As things stand, the Bitcoin price has flashed a red-nine candlestick in the daily chart. This is a bullish sign as it tells us that the buyers may soon take charge of the market. However, BTC still shows two bearish signs.:

Bitcoin price faces an immediate resistance barrier at $51,000 Previous, at this level, nearly 1 million addresses had purchased over 480,000 BTC tokens.

“From a historical perspective or the current cycle, BTC currently tends to be in a higher position, while the Funds Sentiment Index is at a lower level, indicating the pessimistic sentiment of funds in the secondary market and the market is bearish.” 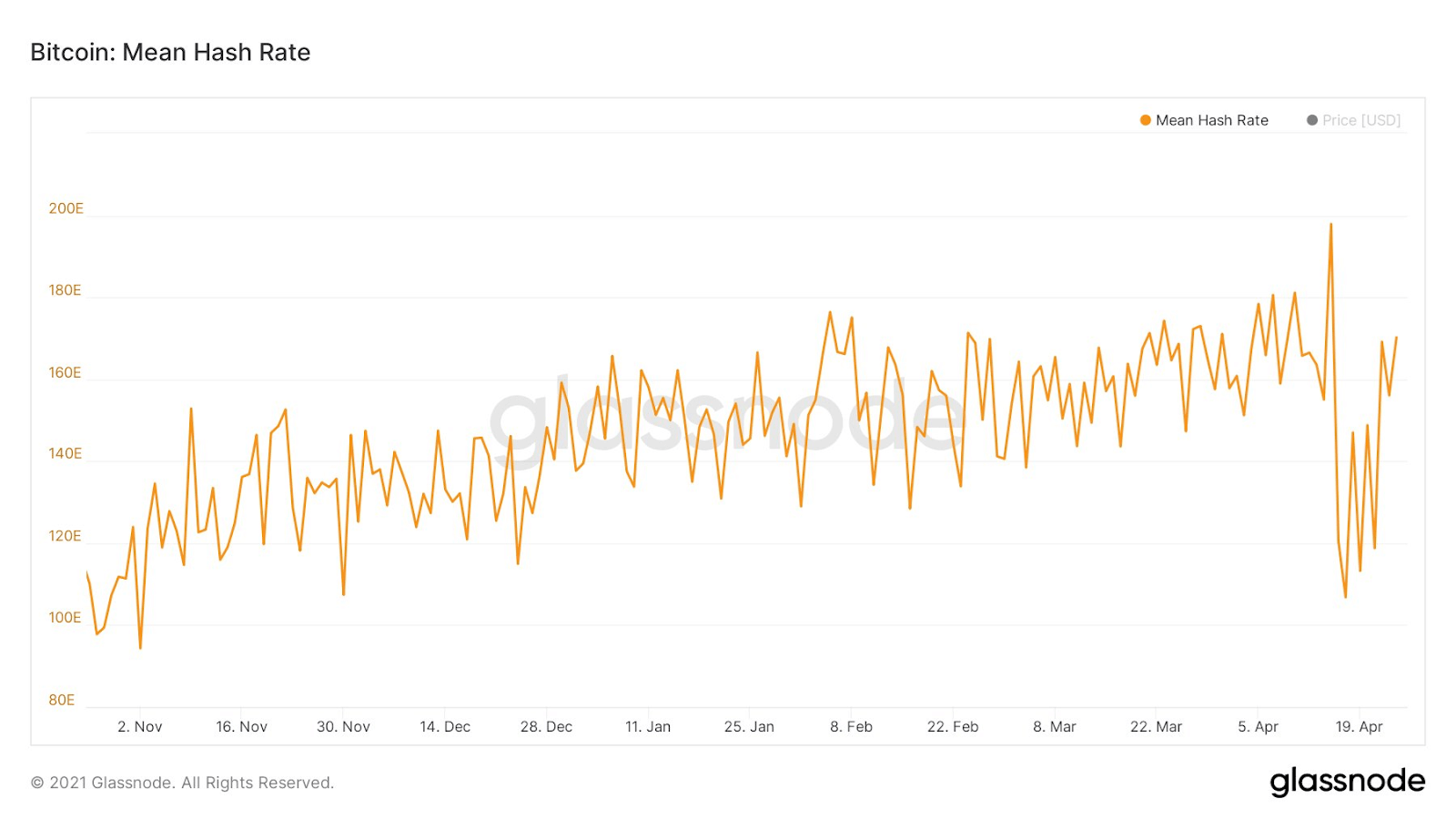 Bitcoin price hashrate is one the rise. Documenting BTC shared the above chart and following tweet.

"#Bitcoin hashrate has already recovered and is trending upwards to new all-time highs. With more precise estimates, the drop was only about 20% and recovered much quicker than the slower moving-average line below, indicates." 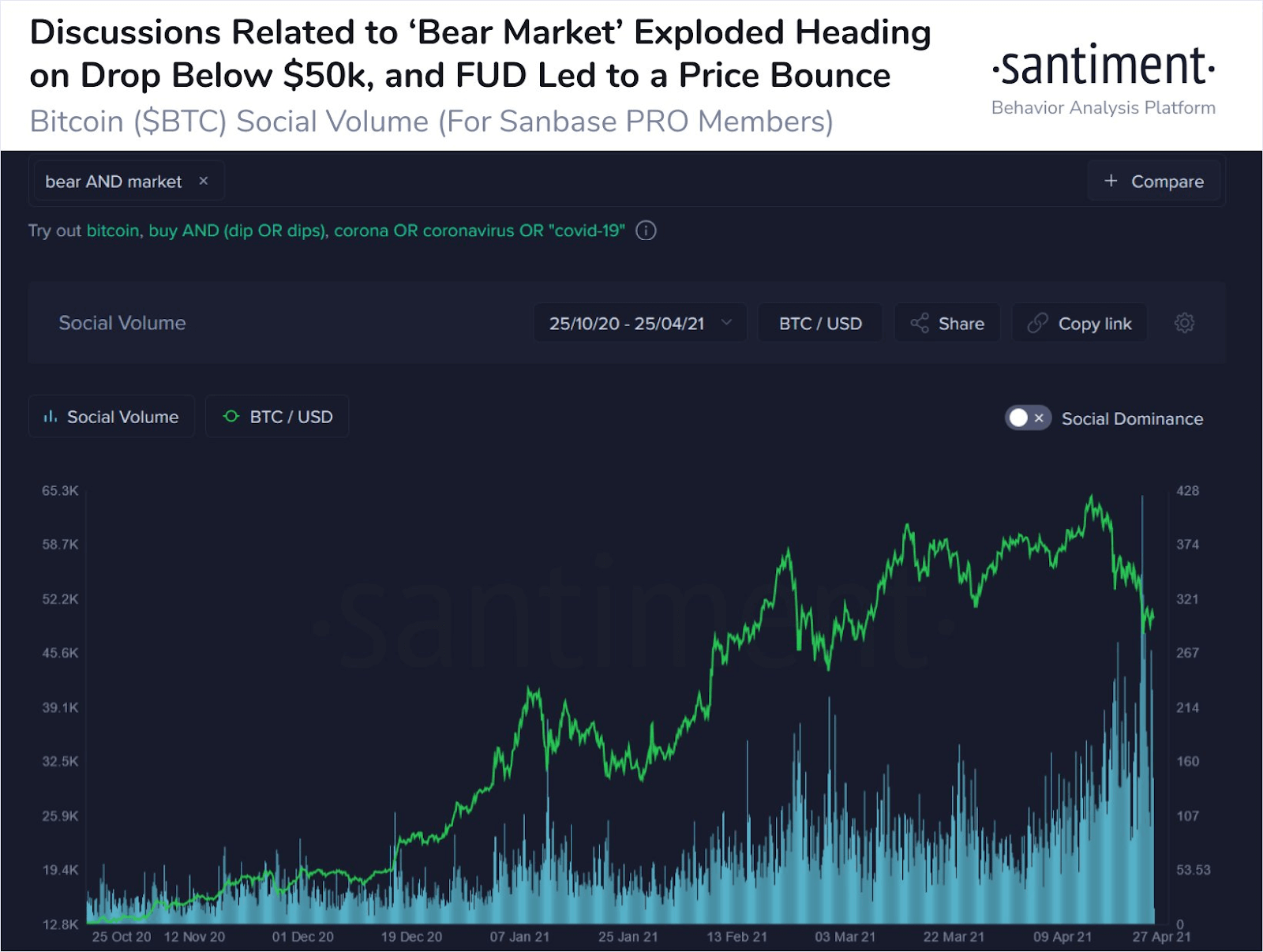 Santiment shared the above chart to explain that the negativity surrounding Bitcoin price is decreasing on social media.

“Our weekly report discussed #Bitcoin's 50-day low of $47,984 to end the week. The #FUD levels rose heavily heading into today's rebound, and price bounces are often what we anticipate whenever our data shows this level of doubt.”