Prior to this Friday, the Bitcoin price had seven straight bullish days between March 5 and March 11, wherein it rose from $48,000 to $58,000, gaining almost $10,000 in overall valuation. Let’s take a closer look with technical analysis.

In the latest session, the Bitcoin price has dropped to $57,300, falling around $1,000 from its all-time high level. Over the last eight days, the premier cryptocurrency has flipped the 20-day SMA from resistance to support and the parabolic SAR from negative to positive. The relative strength index (RSI) is on the verge of entering the overbought zone, so it looks like the upside potential is a bit limited. 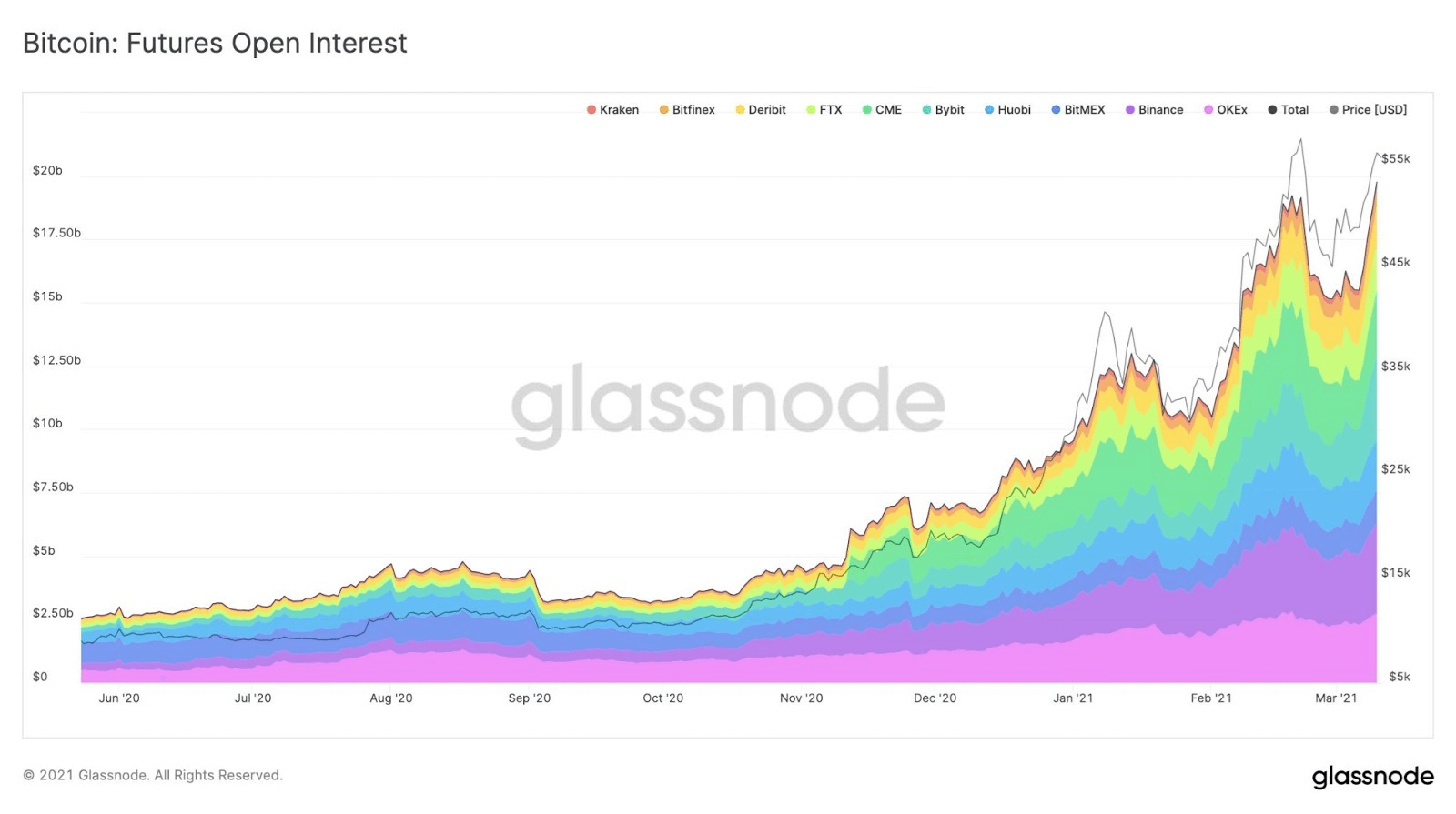 Glassnode shared the above chart and the following tweet:

“More capital is flowing into the derivatives markets, as the amount of outstanding #Bitcoin futures contracts reaches another ATH. Open interest across major exchanges is currently sitting at the verge of the $20B mark.” 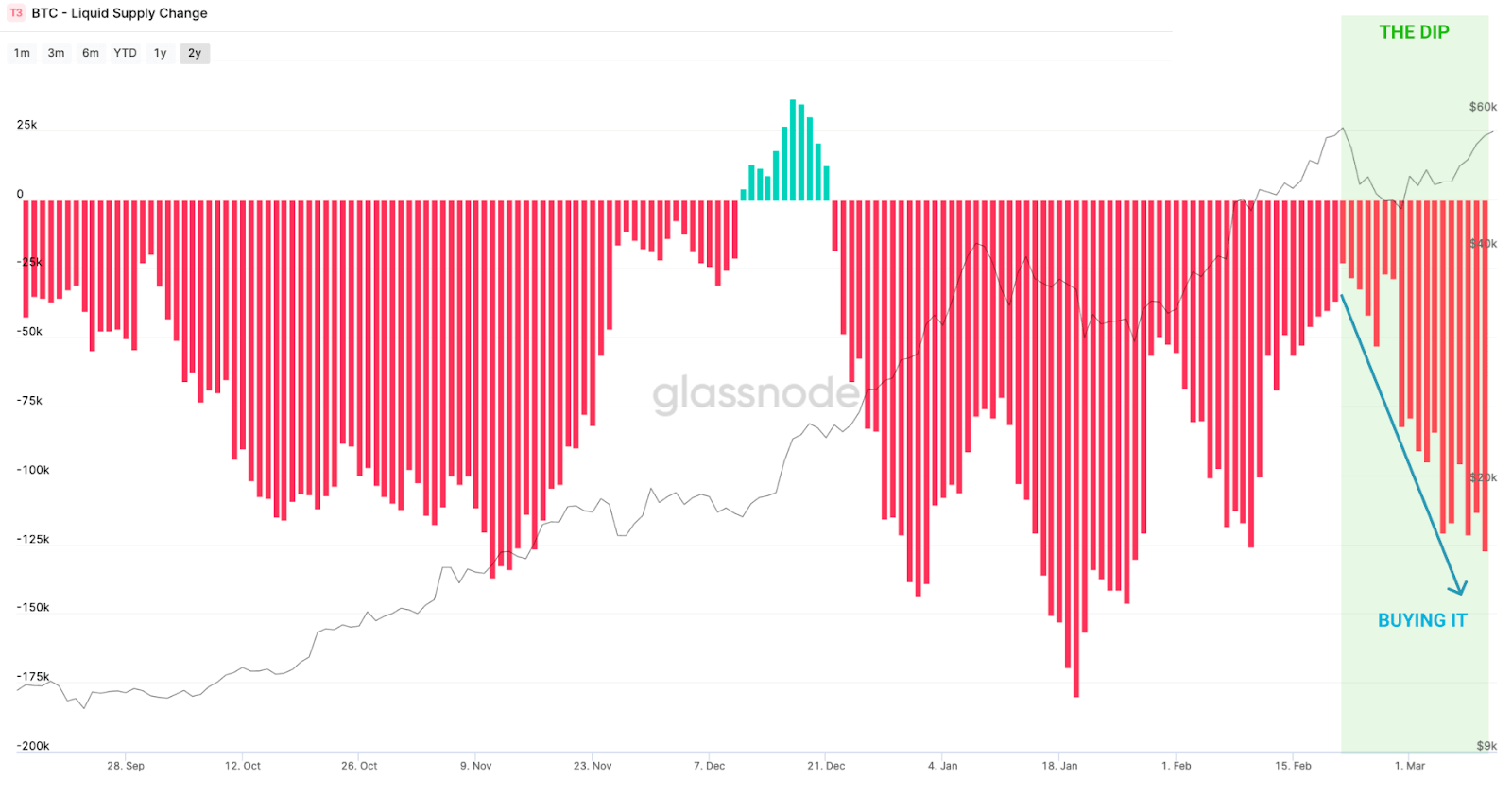 Noted crypto analyst, Willy Woo, shared the above chart and noted that any noticeable dips in Bitcoin price are being bought by “strong hands” that are long-term holders.

“Strong hands came in to buy this latest dip. Red in this chart showing coins moving to HODLers with very little history of selling.”

Norwegian Billionaire: Not Investing In Bitcoin Is The Riskiest Decision

Aker, a Norwegian firm recently established “Seetee” - a firm dedicated to investing in Bitcoin and the larger blockchain ecosystem. The founder of Aker, Kjell Inge Røkke, said that the company's Bitcoin investment has highlighted that it’s risky to not invest in the flagship crypto.

Røkke said that Seetee has a threefold strategy for its crypto investments. According to the billionaire, the first step is to become hodlers.

First, we will use bit­coin as our trea­sury as­set and join the com­mu­ni­ty. In Bit­coin speak, we will be hodlers. We will be dif­fer­ent, but ad­di­tive.

He noted that the next step would be to build mining operations integrated with sustainable energy sources.

The tycoon added that the third component is to create and invest in various projects within the Bitcoin ecosystem. Røkke also noted that not investing in Bitcoin is a risky proposition.

Bit­coin may still go to zero. But it can also be­come the core of a new mon­e­tary ar­chi­tec­ture. If so, one Bit­coin may be worth mil­lions of dollars. The asym­me­try is in­ter­est­ing to a port­fo­lio. Peo­ple who know the most about Bit­coin be­lieve its fu­ture suc­cess is near­ly in­evitable.

Bitcoin price is going to chart a new all-time high.