Following a heavily bullish November, it seems we have entered a period of market-wise price correction. After repeatedly trying and failing to break past the $19,500 resistance line, the benchmark cryptocurrency has started a freefall. Let’s do a technical analysis to get a better idea.

During the price drop, BTC has already broken below the 20-day SMA and is currently aiming for the $17,000 support wall. If the buyers fail to protect this line, BTC may continue to fall till the $16,000 support line, which also has the 50-day SMA.

This $16,000 support line is critical for the buyers to defend. Many speculate that BTC should jump up from $16,000 and rise to challenge the $19,500. However, if the bears remain in control and break below this level, it could be pretty catastrophic since the next support level lies all the way down at the 200-day SMA ($12,000).

It seems like Mt Gox insists on being a sticking point for Bitcoin. For those unaware, Mt. Gox was once the most popular exchange in the world. However, poor management and security resulted in an infamous 2014 hack, which resulted in its users being penniless. After years of legal skirmishes, the Tokyo District court appointed some Trustees to distribute 150,000 BTC from Mt. Gox's wallet to compensate users by December 15. This will add to the existing selling pressure in the market.

As per Glassnode, an on-chain market analyst, many long-term Bitcoin holders are taking short positions to realize profits. 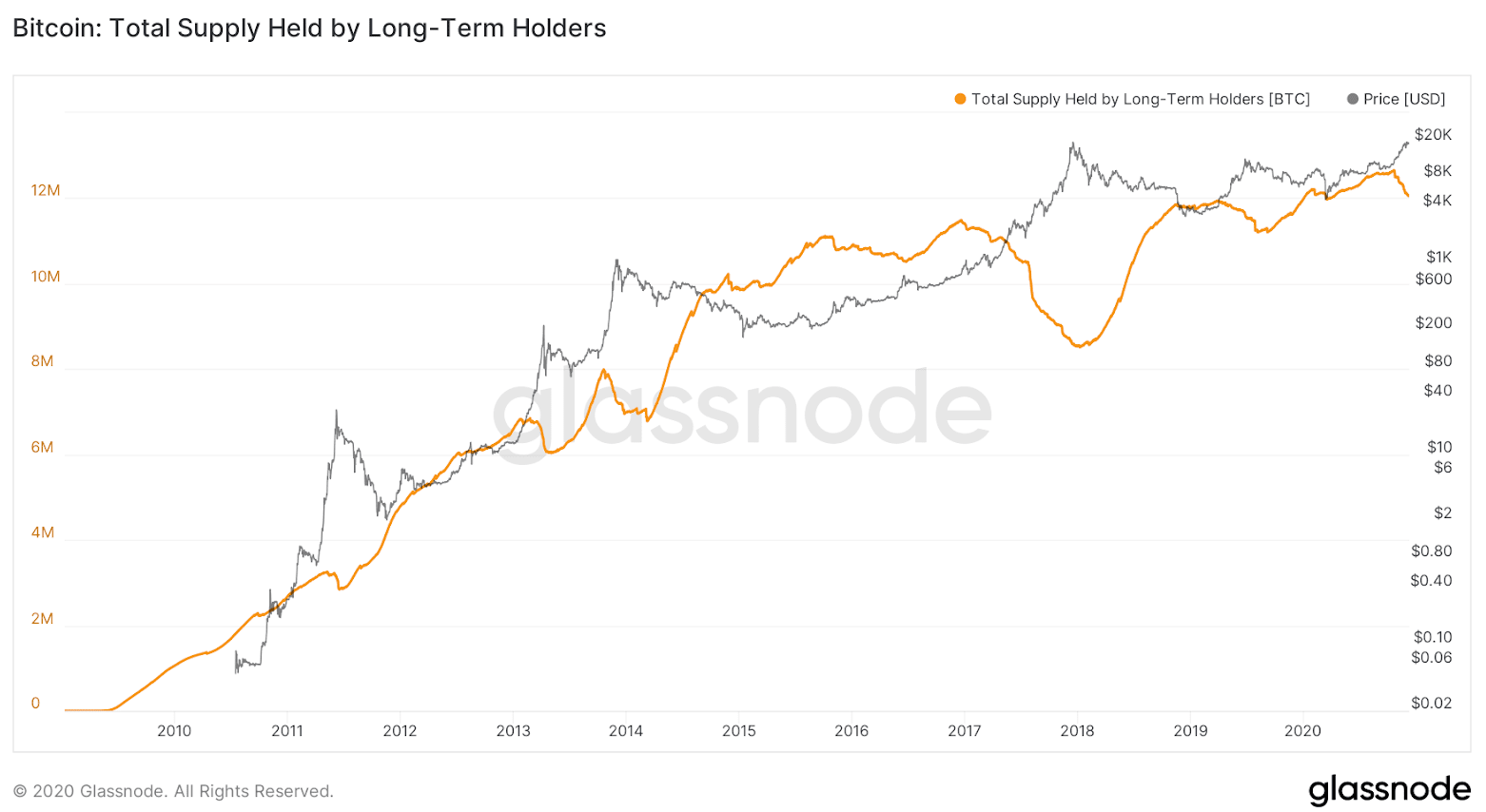 This will have two effects on the overall market. Firstly, it will add to the existing selling pressure, which adds further credence to our hypothesis that Bitcoin is in the middle of a short-term, yet significant, correction. However, the long-term effects on the market could be pretty positive.

A sell-off from long-term holders leads to a redistribution of Bitcoin's circulating supply, allowing more people to get their hands on the coins, increasing overall decentralization. So, while the short-term effect could be a price correction, the long-term effect can be extremely beneficial.