Following the dip, the Bitcoin price has been hovering horizontally around $55,500 over the last three days under the 50-day SMA. The MACD shows increasing bearish market momentum. Plus, the parabolic SAR shows that market sentiment has reversed from positive to negative.

Glassnode shared the following chart and the corresponding tweet: 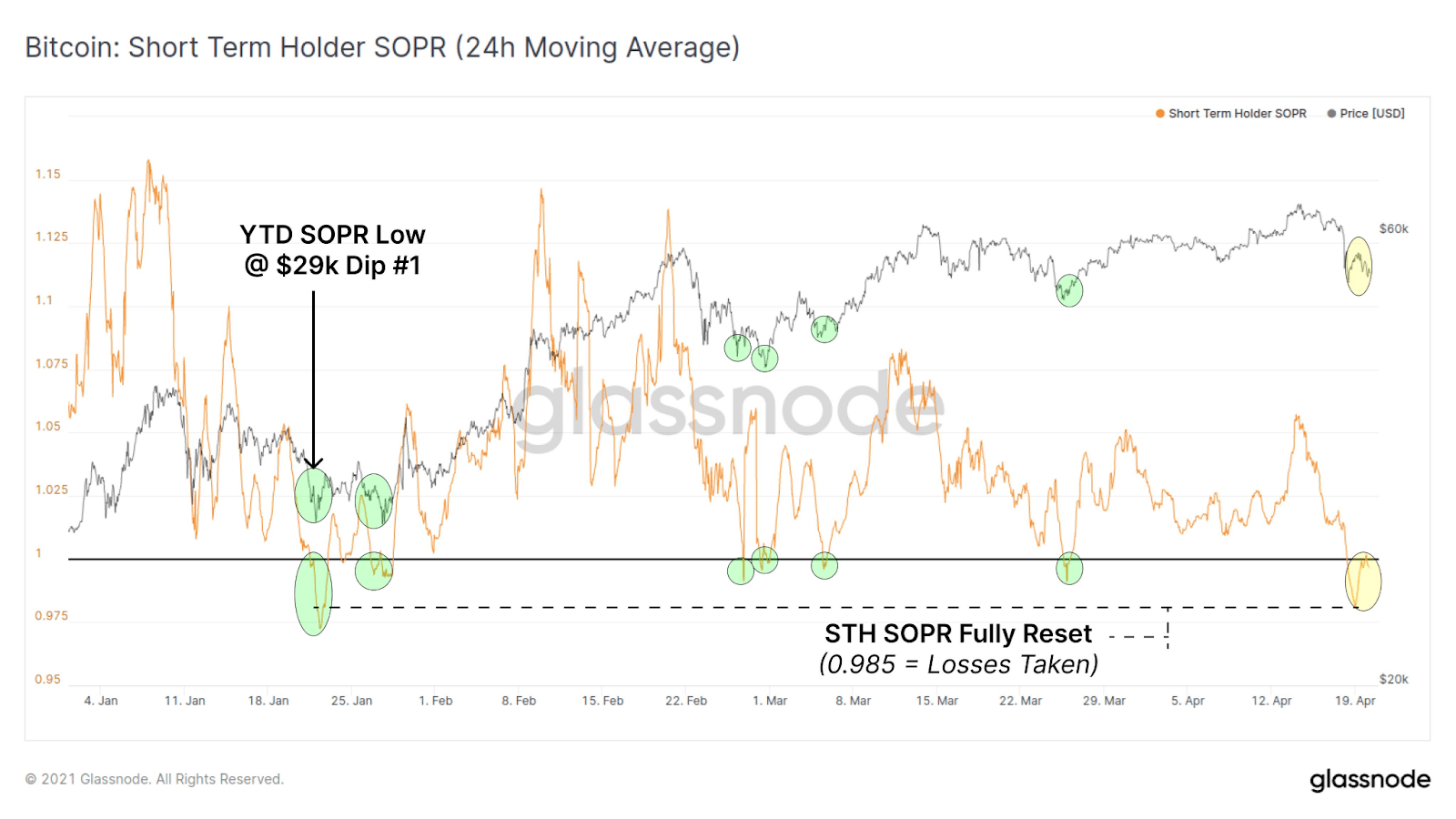 "#Bitcoin STH-SOPR has reset to the lowest value since the $29k dip back in Jan This means some short term holders spent coins and took losses during the dip. However, it also means coins in profit were not shaken out." 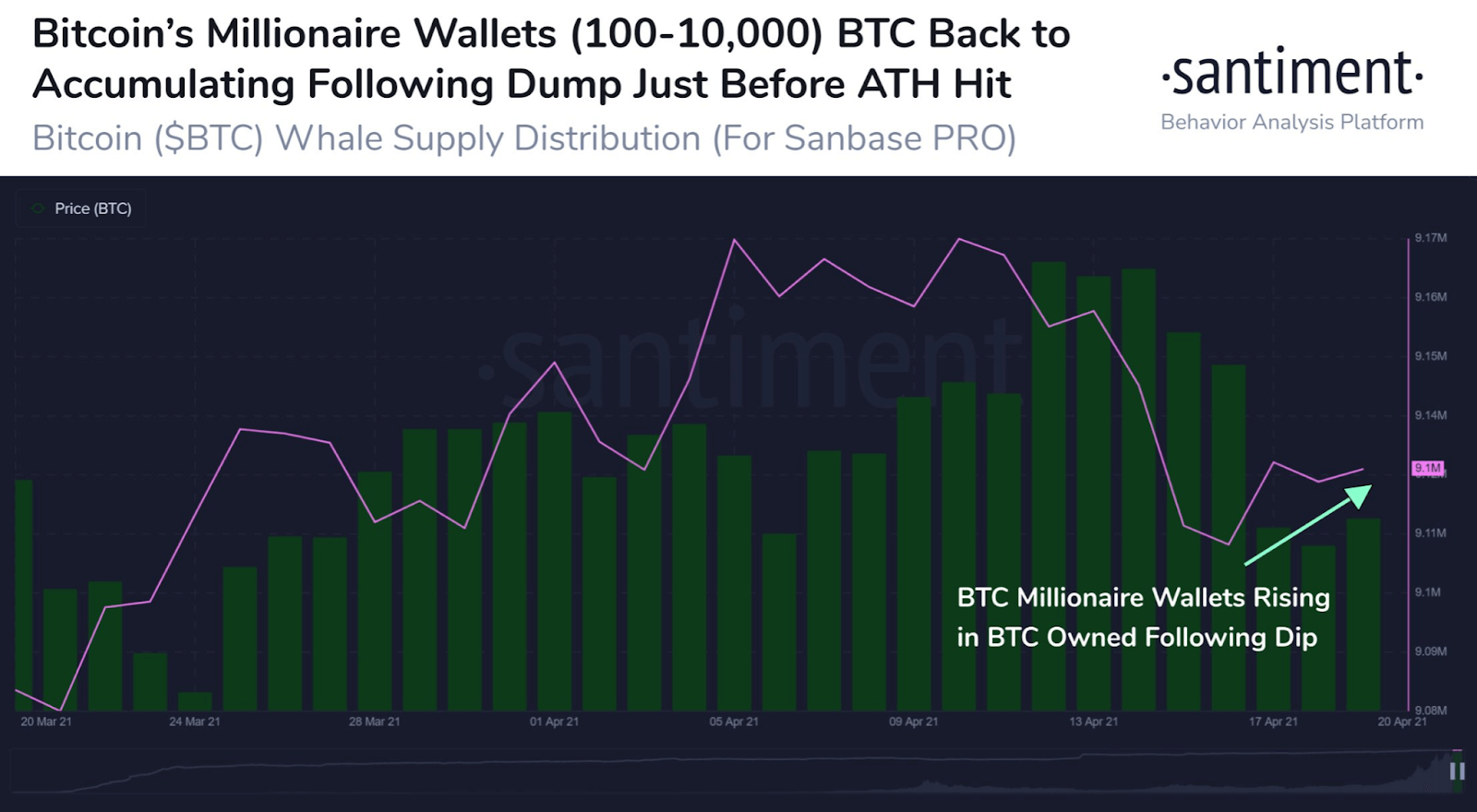 "#Bitcoin millionaires are showing signs of accumulating once again, following their selloff that began on April 10th, just prior to $BTC's $64.7k #AllTimeHigh. In the last 3 days, around 20,000 more $BTC ($1.13B) are owned by these whale addresses.”

The Time Magazine recently announced its partnership with Crypto.com to accept Bitcoin and other cryptocurrencies for digital subscription payments. Global access is expected to come out “in the next several months”. As of now, it is only available in the US and Canada.

According to The Block report, Time will accept all digital assets that are currently supported by Crypto.com Pay. These assets include Bitcoin, Ether, Dogecoin, XRP, and Litecoin, as well as other DeFi tokens.

Time has taken many crypto initiatives in recent times.The publication auctioned its covers as non-fungible (NFTs) for $435,000 in March. It also reportedly plans to hire a person who understands Bitcoin and other cryptocurrencies as the new chief financial officer.

Bitcoin price needs to flip the 50-day SMA from resistance to support to continue its upward surge. If BTC flips the 50-day SMA, the buyers will attempt to conquer the 20-day SMA again ($59,000).