The Bitcoin price has been trending horizontally between June 22 and June 28. In this time period, BTC has been hovering between $31,670 to $34,650. Following the price attempted to break into $36,000 multiple times but was blocked on the upside by the 20-day SMA and the $35,000 resistance.

Since July 1, the Bitcoin price hovering between the $33,600 support and the $35,000 resistance. The 20-day SMA is also trending in this range, which is why BTC has managed to continuously flip this level from support to resistance and back again over the last two days. The MACD tells us that the market momentum is presently bullish.

Bitcoin price faces immediate resistance at the $35,000). As per the IOMAP, over 1.1 million addresses had previously purchased almost 445,000 BTC at this level.

After undergoing some harsh price correction, Bitcoin seems to be looking up again. The crypto community is now debating whether BTC will continue its bullish momentum to reach its April ATH or perhaps even cross it. Bitcoin analyst who goes by the name PlanB recently took to Twitter to lay out “worst-case” scenarios for Bitcoin. 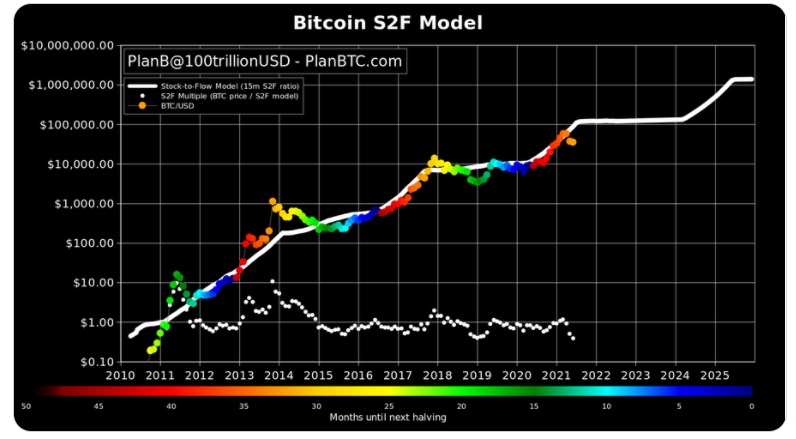 Expanding on this on the same thread, PlanB also added their worst-case scenarios for July. They said:

As for August, as per PlanB’s analysis, Bitcoin’s price could increase by more than 40% by the end of August. According to them:

“My on-chain data (color overlay in the chart below) tells me this bull is not over and 64K was not the top. That is in line with the s2f(x) model. Also, my floor indicator (not based on s2f) says we will not go below 47k Aug close.” 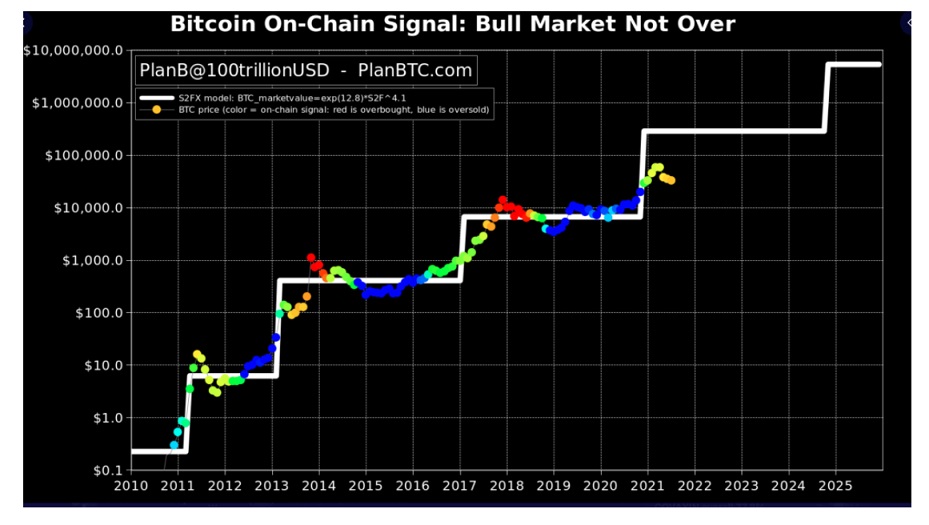 However, PlanB asserted that $64,000 was not the peak of the bull run. In a tweet dated June 3, Plan B acknowledged their hasty analysis and dismissed the idea of diminishing returns. As per this concept, each Bitcoin bull cycle gets less volatile. 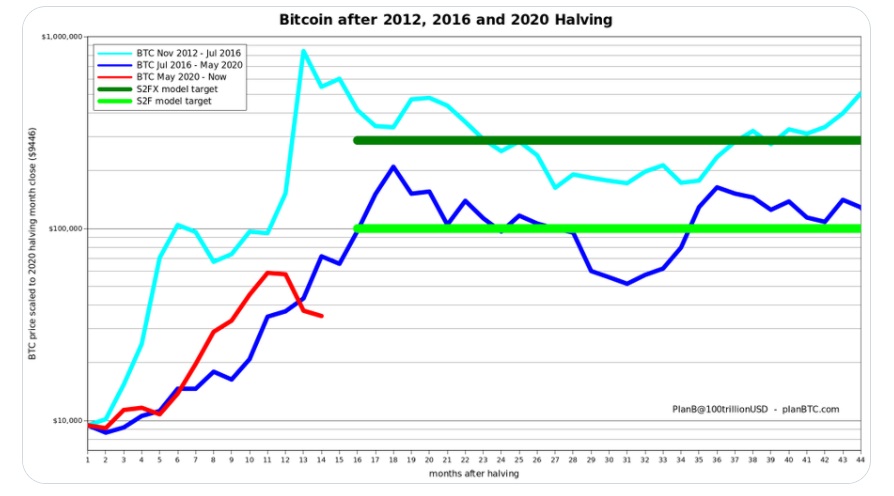