The Bitcoin price has been on an upward surge rising from $51,585 on March 26 to $60,100 on April 10. Since then, BTC has pretty much hollowed out with the premier cryptocurrency moving horizontally below $60,500.

Back in March, the Bitcoin price hit an all-time high of $61,683. However, since then, BTC has flattered to deceive when it comes to charting new all-time highs. However, it seems like things may be different this time around. The MACD shows increasing bullish momentum, while the relative strength index (RSI) hasn’t entered the overbought zone yet. This tells us that BTC still has room for growth.

On the downside, the strong support lies at $58,000. Previously, at this level, 1.4 million addresses had purchased 512,000 BTC. This tells us that the Bitcoin price is unlikely to fall below this zone.

Bitcoin Price Ready For Next Jump

Yann and Jan, the co-founders of Glassnode, shared the following chart and explained why it bodes well for Bitcoin. 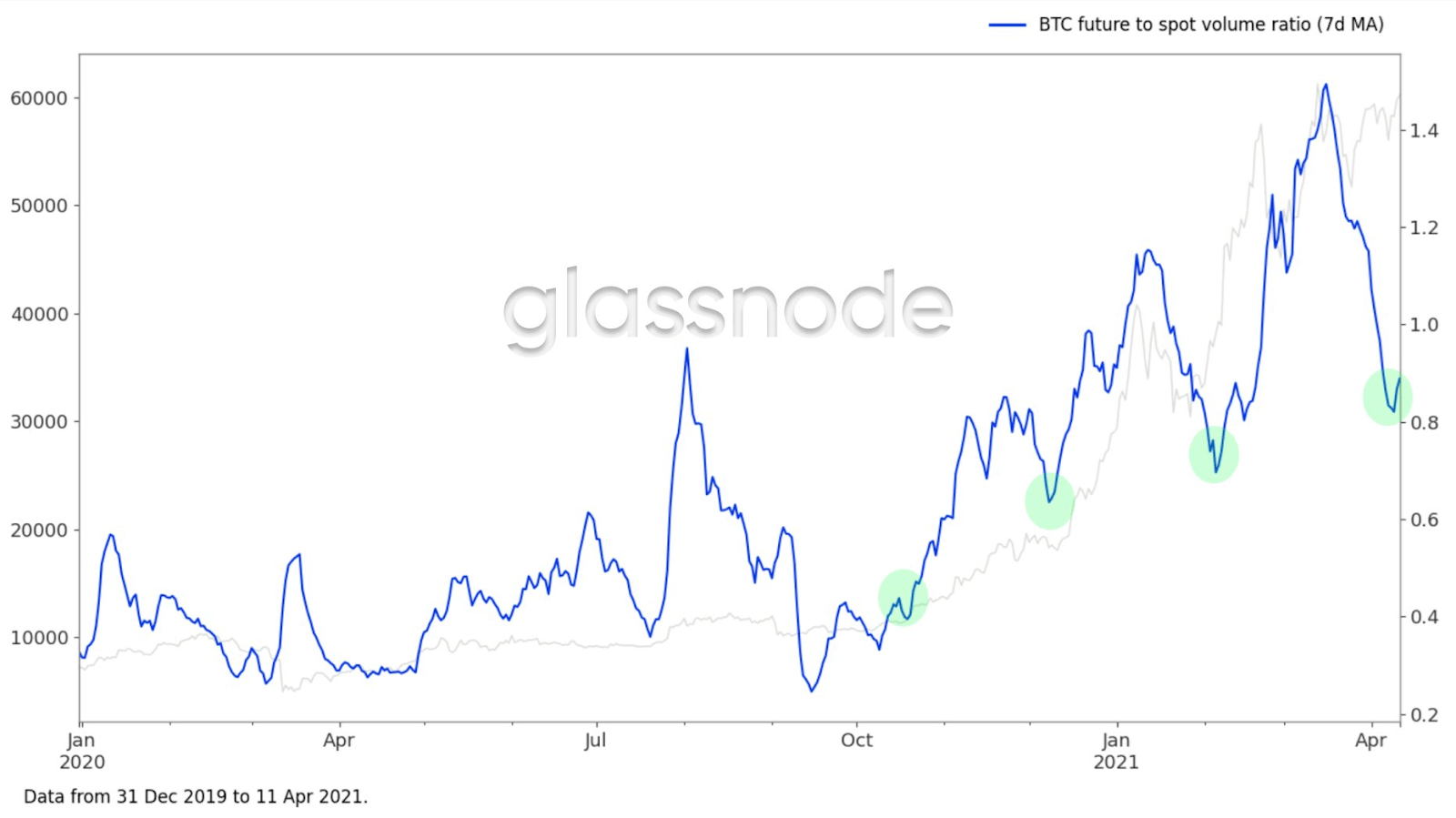 “#Bitcoin Futures to Spot volume ratio looking quite nice here- A deep book is fundamental to the next leg up- the spring is loaded.”

Bloomberg analysts have predicted that Bitcoin’s price could surge to $400,000 as its institutional adoption has increased in recent times. In their recent report on the flagship cryptocurrency, they also suggested that BTC is replacing gold more “sudden than gradual.”

Bloomberg’s analysts, led by commodity strategist, Mike McGlone, noted that the $50,000 price mark is the asset’s baseline support. They said that the BTC is skyrocketing due to the massive adoption from institutions like Tesla, Visa, Morgan Stanley, Goldman Sachs, etc. The report also mentioned that the mass adoption is “likely to accelerate” and underpin “its price for the foreseeable future.”

The approval of several Bitcoin ETFs in countries like Canada and Brazil will likely pressure US regulators to follow suit. Bloomberg called this development “another bullish” milestone. By referring to “past patterns,” the strategists predicted a significant price increase soon.

Common companions for strong annual rallies in the first-born crypto – low volatility and halvings – are aligned favorably. Our graphic depicts Bitcoin on similar ground as the roughly 55x gain in 2013 and 15x in 2017.

The analysts also doubled down on a previous narrative suggesting that Bitcoin is on its way to take over gold. Their recent paper called gold the “old-guard” and predicted a “more sudden than gradual” replacement process.

Although the strategists admitted that such a scenario is not “necessarily bearish for gold” as its price has found support around $1,700/oz, they noted that “most indicators show a shifting global tide that favours the nascent digital currency as a reserve asset.”

Bitcoin price needs to consolidate its position above $60,000 for it to hit a new all-time level.