Over the last four days, the Bitcoin price is stuck between the $58,500 and $56,000 levels. While technical analysis doesn’t look that inspiring, the on-chain analytics looks pretty bullish.

Between March 10 and March 13, the Bitcoin price jumped from $55,000 to $61,000 and gained almost $6,000. However, BTC has since dropped down and gaining the $56,000 support line has been critical for overall price health. Do note that the MACD shows that the market momentum is about to reverse from bullish to bearish.

Glassnode’s Long-term MVRV takes into account only UTXOs with a lifespan of at least 155 days and serves as an indicator to assess the behaviour of long term investors. 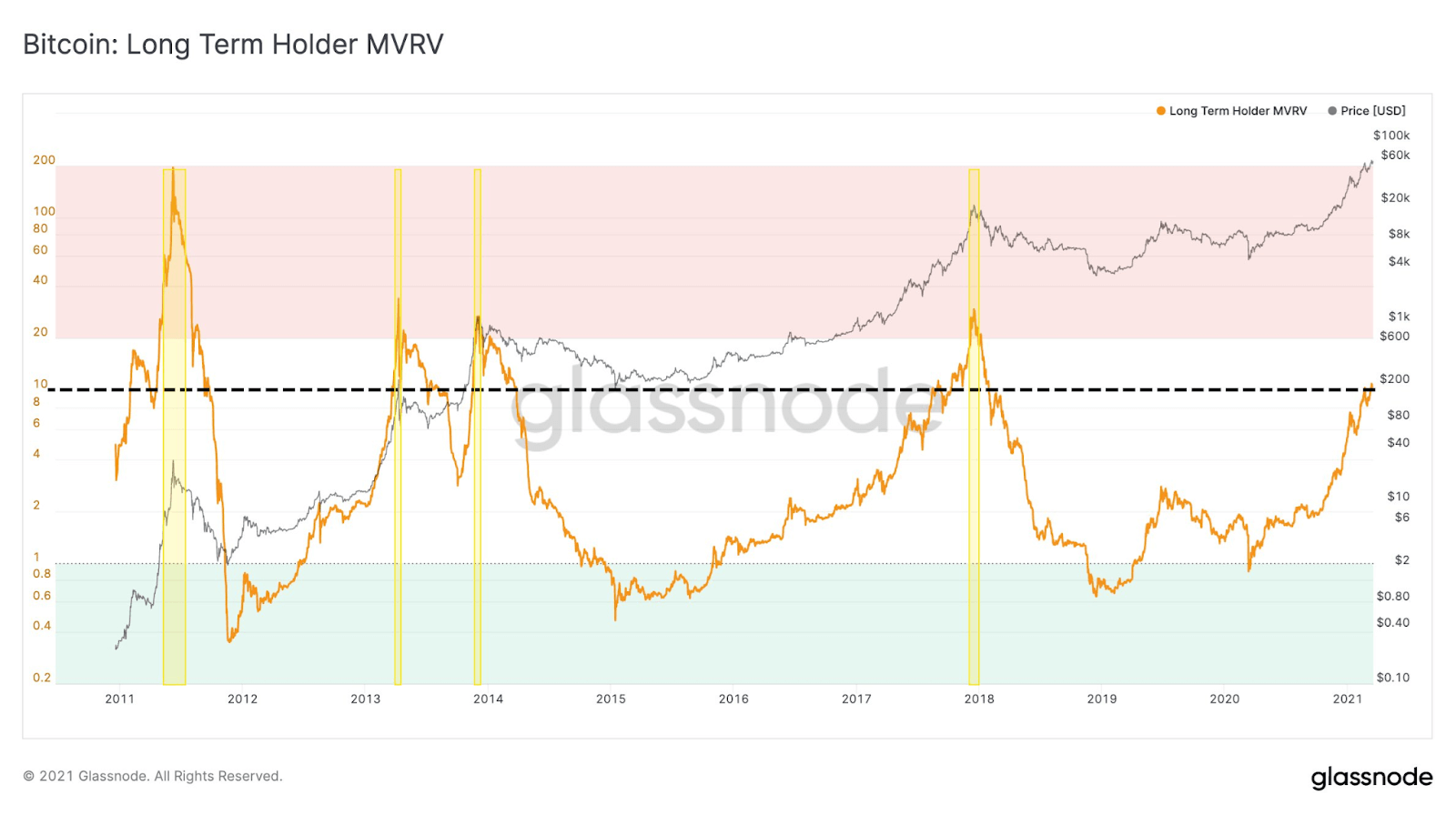 “Long-Term Holder MVRV at 20+ has been a good indicator of #Bitcoin market tops in previous cycles. Currently at 10, it indicates room for more upwards movement. $BTC was trading at ~$4,500 at these levels in 2017 – and made another 4.4x to the peak.” 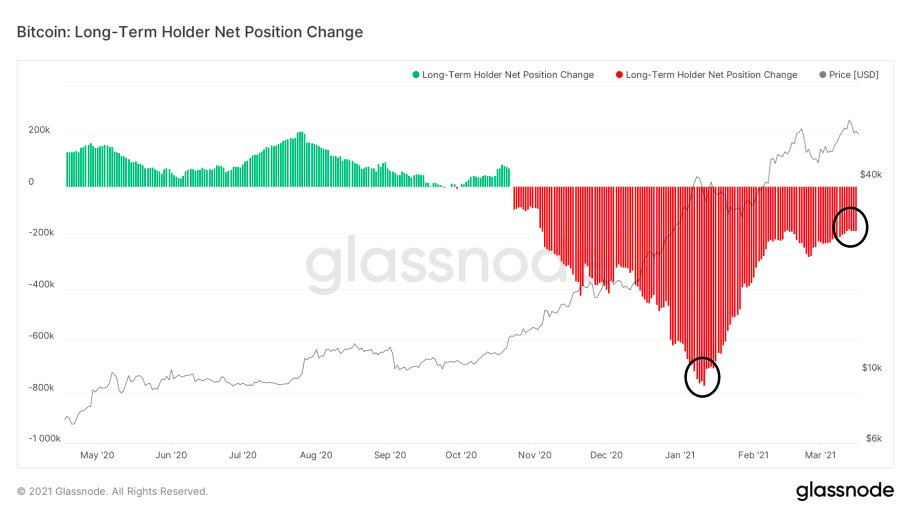 Despite the recent BTC price increase, the implied options probability (delta) currently sits at 39%. The call option price has also surged due to the BTC volatility change as sellers demand an increased premium for taking the risk during uncertain markets.

Bitcoin volatility spiked from 4% in January to the current 5%. This event is bullish for call option buyers. Even if the BTC price had remained the same, the option price would have climbed accordingly. Options pricing is also heavily dependent on how distant the expiry date is. The same $80,000 call might be deemed worthless two days ahead of maturity.

However, traders often consider buying “impossible” call options with longer expiry dates. Traders who bet on the 150% BTC price increase to $32,000 in January are probably very happy with the results.