Between April 26 and May 8, the Bitcoin’s price jumped from $49,000 to $58,800 flipping both the 20-day and 50-day SMAs from resistance to support. Following ETH’s up surge, it seemed like BTC would follow suit. However, the premier crypto fell on the verge of re-entering the $60,000 zone.

The Bitcoin Price Retreats On The Verge Of Hitting $69,000

So far today, the Bitcoin price dropped from $59,000 to $56,650 – losing almost $2,500 in its overall valuation. However, there are two factors that shows us that the overall market sentiment is positive – The parabolic SAR positive, while MACD shows sustained bullish market momentum.

Bitcoin price failed after losing momentum at the $59,000 resistance barrier.  As per the IOMAP, previously - at this level - >1 million addresses had purchased almost 447,000 BTC tokens. As of now, the 50-day SMA is holding firm to prevent further downtrend.

Bitcoin Millionaires On The Rise 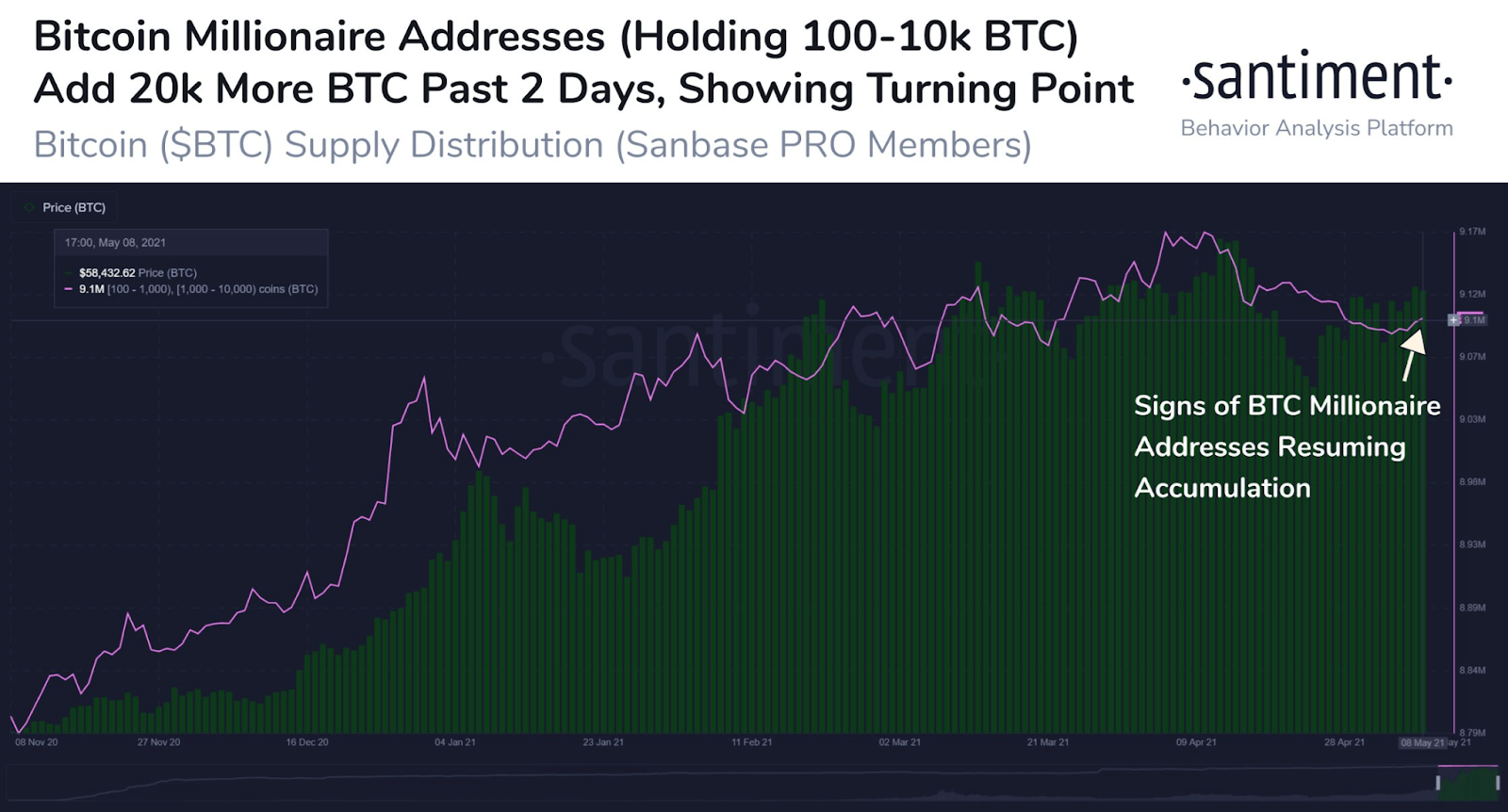 In fact, the rich Bitcoiners are just getting richer 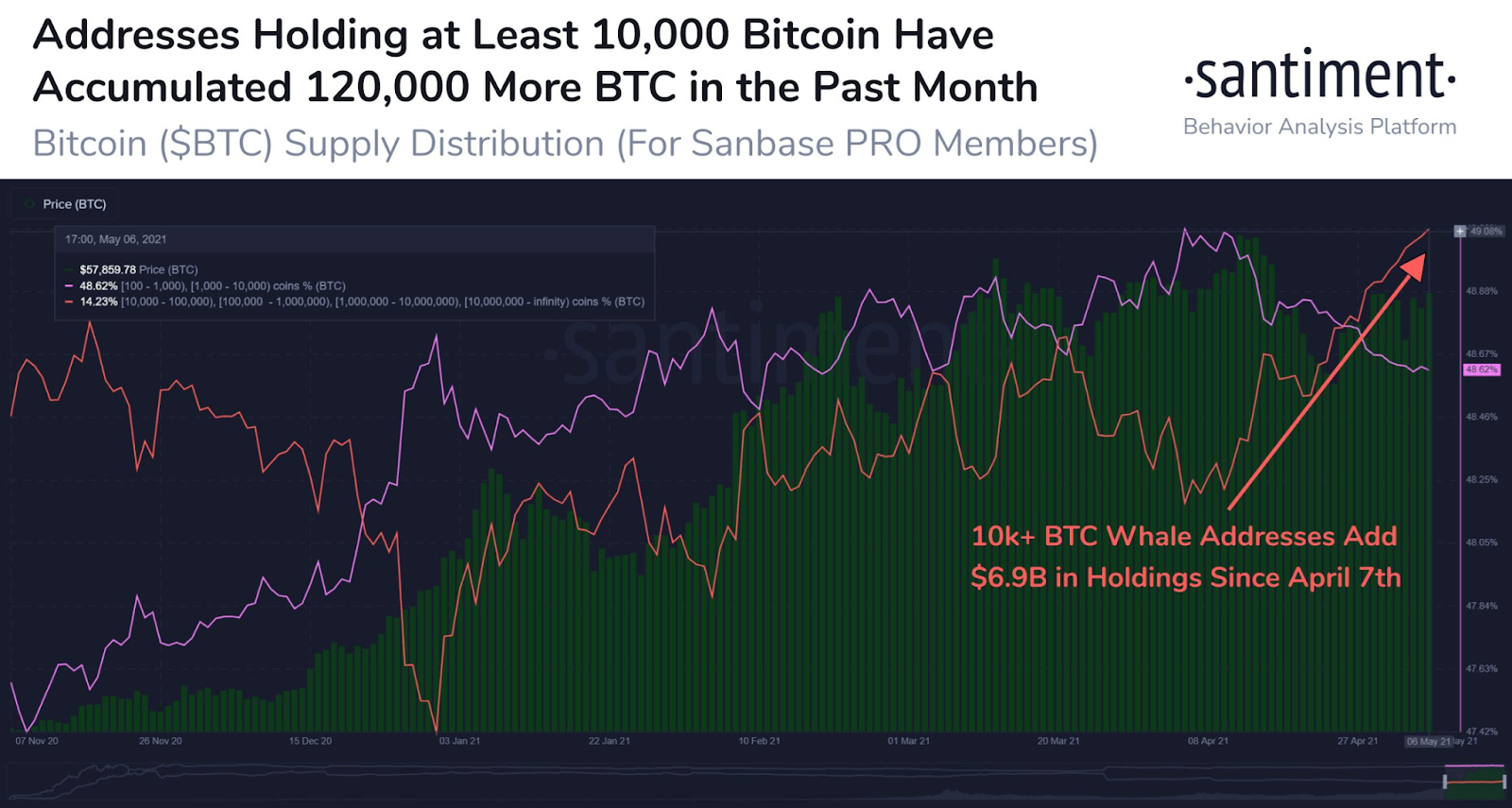 However, sat-stakers (aka people holding < 1 BTC) are getting into the ecosystem. These are probably newbie investors who are playing around with BTC and trying to understand how it works. 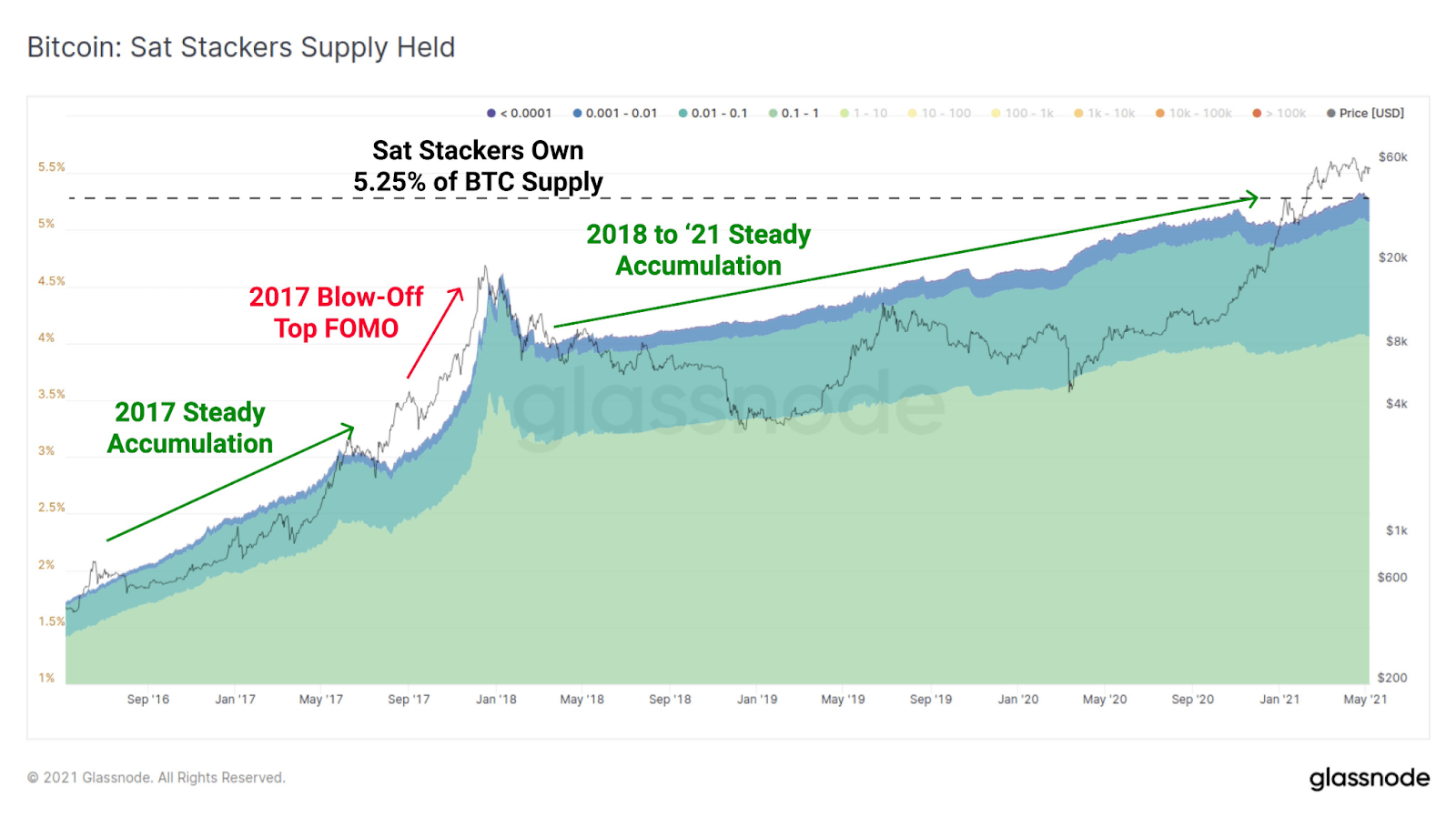 "#Bitcoin accumulation by 'sat stackers' has continued slow, steady and uninterrupted for many years. Addresses holding less than 1BTC now own 5.25% of the circulating $BTC supply. So far we've not seen a FOMO impulse like 2017 blow-off top."

If Bitcoin price crashes below the 50-day SMA, a further downtrend will take BTC to the 20-day SMA. BTC holders will hope that these two lines hold strong to prevent a catastrophic crash.