Bitcoin price has gone through two major bearish days, wherein it dropped from $61,160 to $56,900. In the process, it dropped below the $60,000 psychological level. Let’s take a closer look with technical analysis.

Over the last two days, the Bitcoin price has lost over $4,000 in overall valuation. The MACD shows us that the market momentum is losing its bullishness.

On the downside, Bitcoin price has a strong support level at $55,000, wherein 870,000 addresses had purchased almost 400,000 BTC tokens. This level seems robust enough to absorb a lot of selling pressure. 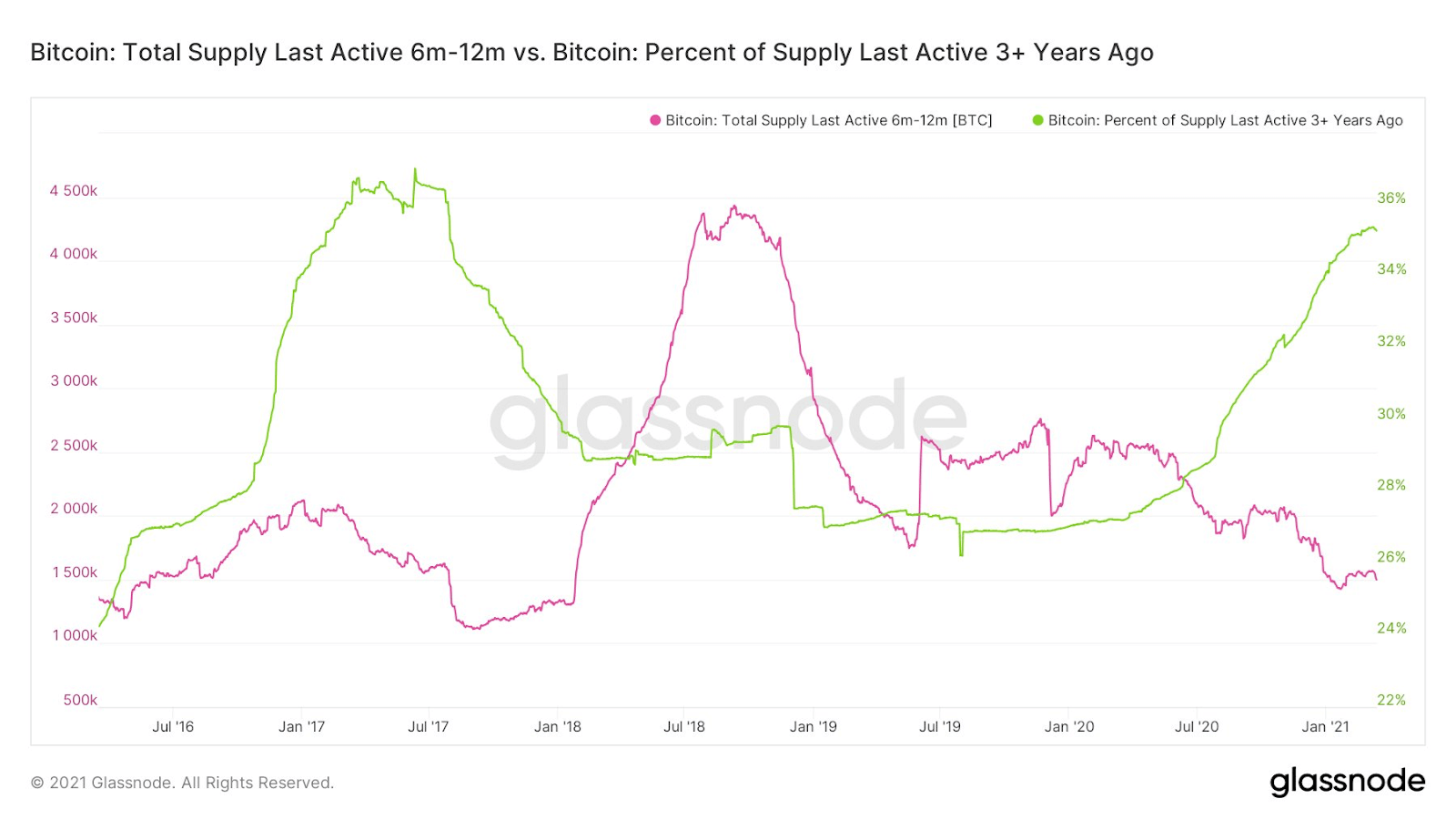 Glassnode shared the above chart to shows that long-term holders are accumulating instead of selling.

“Longer-Term 3+ year HODLers have continued to accumulate #BTC while newer HODLers in the last 6-12 months have sold into the recent rally.” 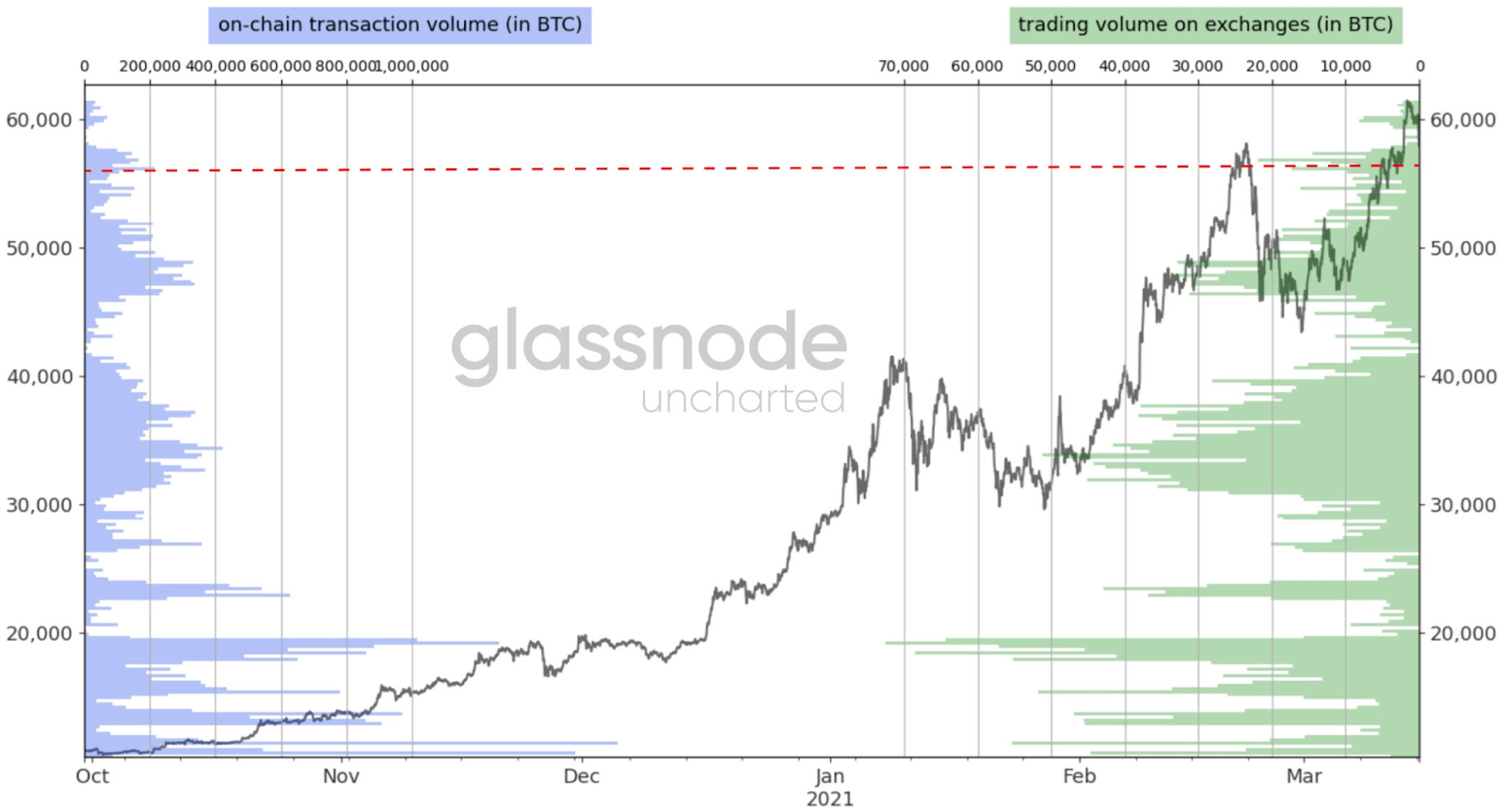 Similarly, Glassnode shared the above chart to add further credence to the $55,000 support line.

“Strong #Bitcoin support around this $55k area confirmed by both on-chain and trading volume - shouldn't drop below it for too long. Definitely still expecting at least one more leg up.”

Bitcoin recently hit a new all-time high of $61,800 after bulls regained momentum and set out to break previous resistance turned support at $50,000. The upsurge was highly speculated as whale dumps were still dominating trading activities, while retail traders were constantly selling at every dip.

Meanwhile, Bitcoin shorters got drowned as the bulls took over. Liquidation metrics show that $344.4 million worth of Bitcoin shorts were liquidated just four hours before BTC broke $60,000. The surge to $60,000 was imminent largely because of institutional accumulation which had surpassed the metrics captured on the Bitcoin blockchain.

“Solid validation of $60k Bitcoin already. The coins moving into investor wallets at this price level is already quite huge given the short number of hours we've had so far.”

As the buying rate is surging at an increasing pace, the likelihood of a correction is extremely low. 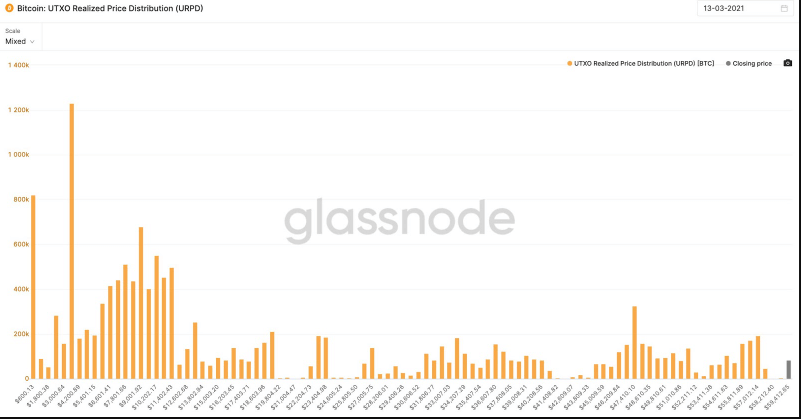 The volume of transactions in the South Korean cryptocurrency market briefly surpassed the daily average transaction amount of the country’s stock market recently.

The combined 24-hour volume of major South Korean crypto exchanges UPbit, Bithumb, Coinone and Korbit was over $14.6 billion on March 14, as per CoinMarketCap. On March 12, the same metric was roughly $14.5 billion on the Korea Composite Stock Price Index (KOSPI), and $10 billion on the Korean Securities Dealers Automated Quotations (KOSDAQ).

The increase in volume came as Bitcoin rose to a new all-time high of more than $61,000 before dipping under $60,000 again. Notably, the trade volumes appearing on CoinMarketCap are not always believed to be accurate because of volume inflation. The crypto data firm has introduced many initiatives to fight inflated volume data but the figures reported on the platform are higher than what’s seen on Messari.