Bitcoin Price Is Back Trending Above Upward Trending Line

The 2+ Month long upward trending line is a crucial level for Bitcoin price. The relative strength index (RSI) has still not entered the overbought zone, and the MACD shows increasing bullish momentum. This tells us that BTC still has room to grow and reach $65,000.

On the downside, the most robust support level lies at $60,000. Previously, at this level, 688,000 addresses had purchased 287,000 BTC tokens. This barrier seems robust enough to absorb a lot of selling pressure.

Old Coins Not Being Sold 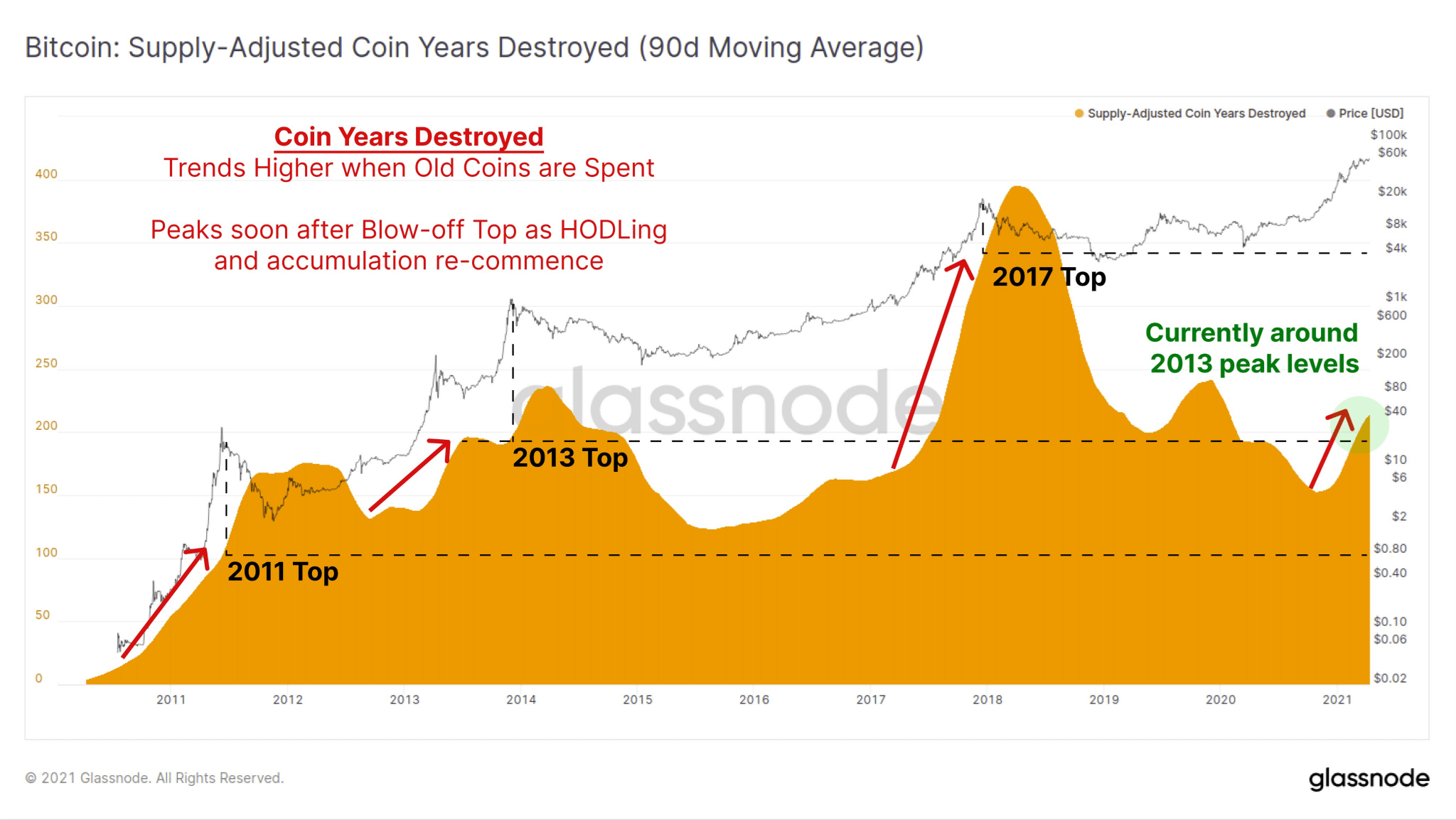 Glassnode shared the chart above and noted that the number of old coins are not changing hands. This tells us that the whales are not selling their coins anytime soon.

"#Bitcoin Coin Years Destroyed is trading at levels similar to 2013, but still far below the 2017 top. This suggests old hands have not distributed coins to the same extent as last cycle."

Also, there is another interesting chart, regarding Bitcoin futures. 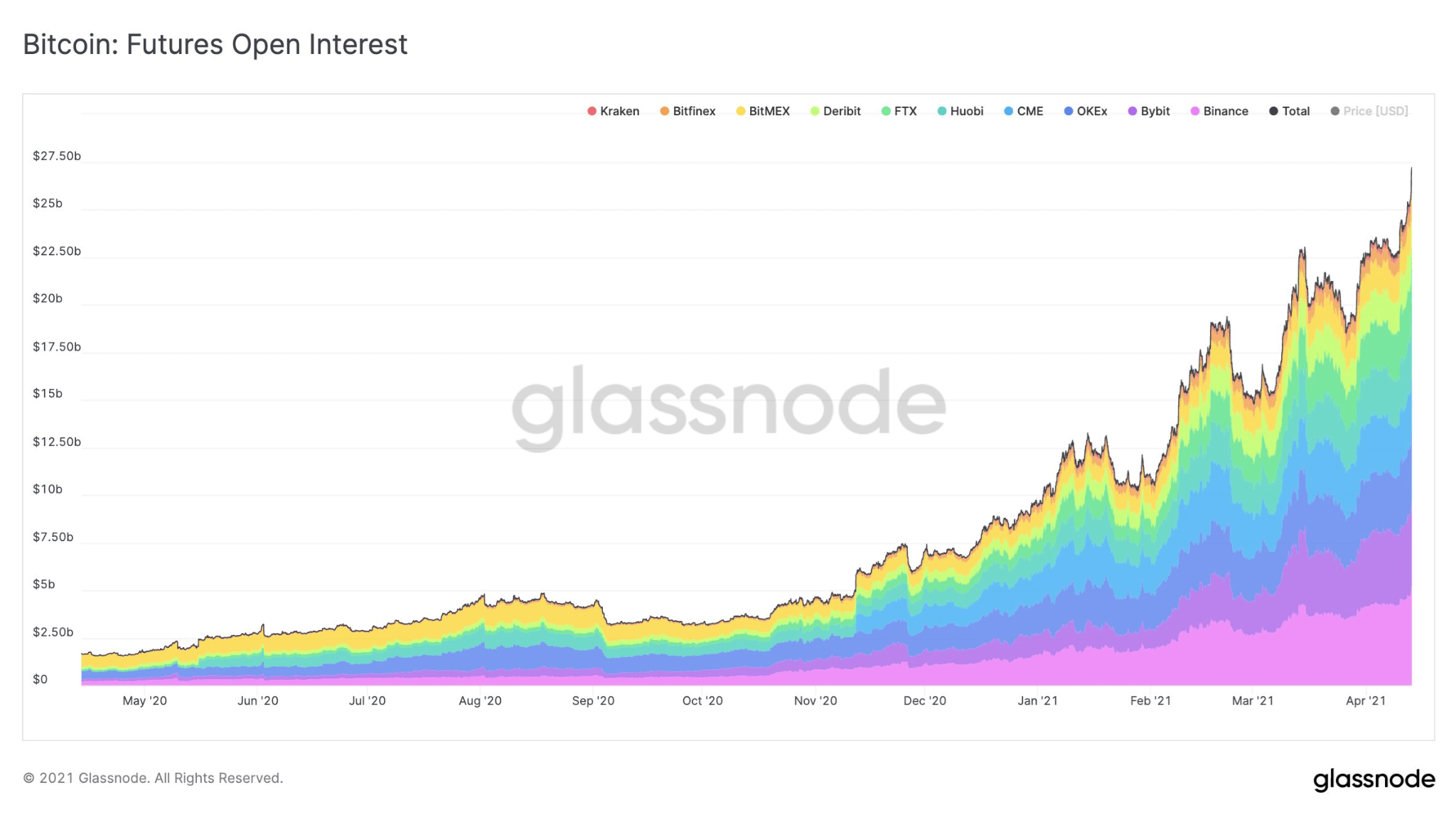 Grayscale CEO Micheal Sonnenshein took to Twitter to announce that TIME Magazine has partnered with Grayscale to create an educational crypto video series. The 100-year old publication will work on the series, which is set to come out in a few months.

TIME, and TIME's president Keith Grossman, will be paid in Bitcoin, and the company will continue to hold BTC on its balance sheet. With this move, TIME  joins the likes of MicroStrategy, Tesla, Square, and others who have Bitcoin on their balance sheets as a store of value assets.

TIME also recently sold three of its covers as NFTs (non-fungible tokens), showing further engagement in the crypto industry. TIME is the first legacy media brand that will hold Bitcoin, leaving many to wonder what the implications of this move are.

The news also led to some speculation on whether or not other companies owned by Marc Benioff, like Salesforce, would consider having Bitcoin on its balance sheet too.

The Bitcoin price will use this wave of bullish momentum to jump up to the $65,000 level.