On June 15 and June 16, the Bitcoin price dropped to $38,300 falling below the $40,000 psychological level. So far today, BTC has recovered to $39,000. The MACD shows sustained bullish momentum. The relative strength index (RSI) shows that the buyers and sellers are fighting to take advantage of the market. The 200-day SMA is on course to cross over the 50-day SMA to form the death cross, which is a very bearish sign. 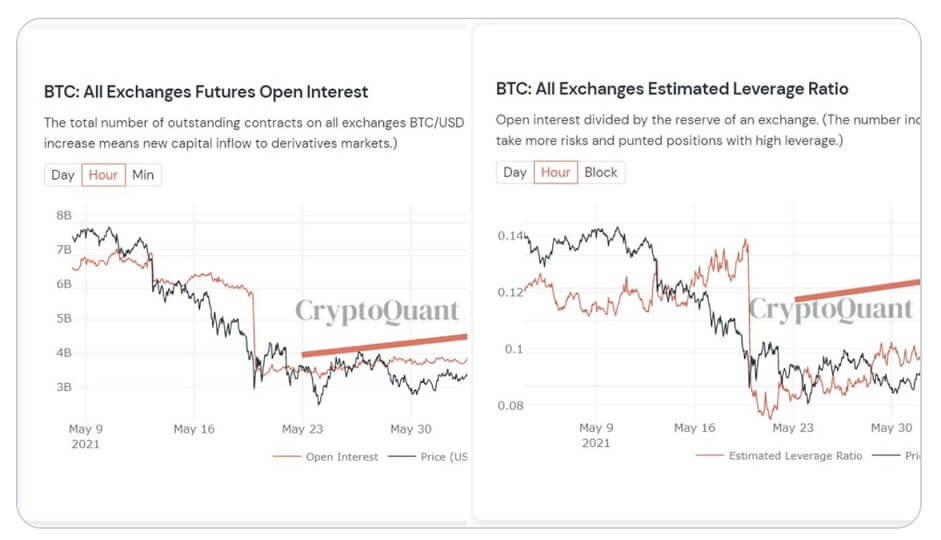 “Fear among $BTC investors is cooling off after the correction

"#Bitcoin is ranging at just under $39k. And crowd optimism toward #buyingthedip has settled down significantly. With sentiment back to neutral after being mostly positive to start June, this is a good indication of crowd fear opportunists can pounce on." 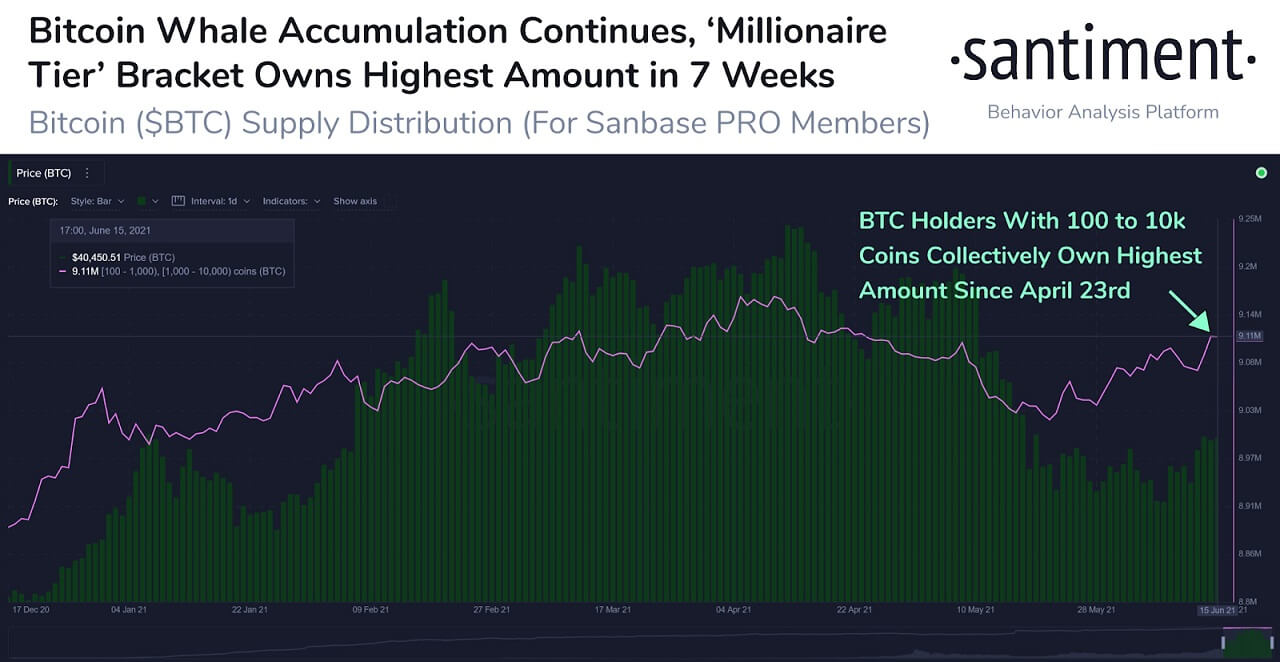 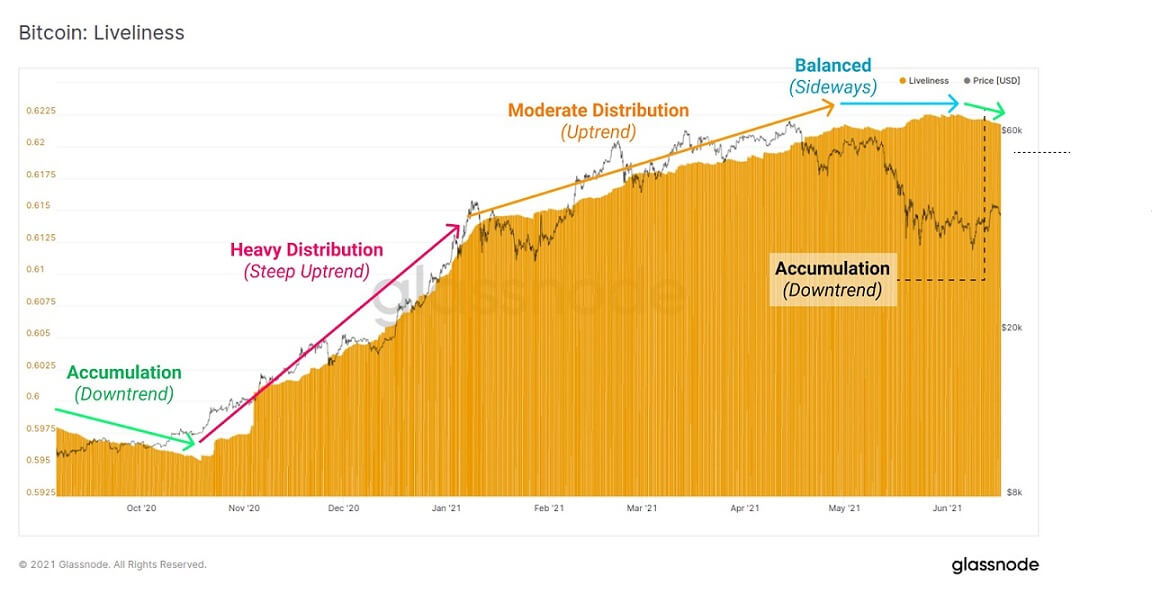 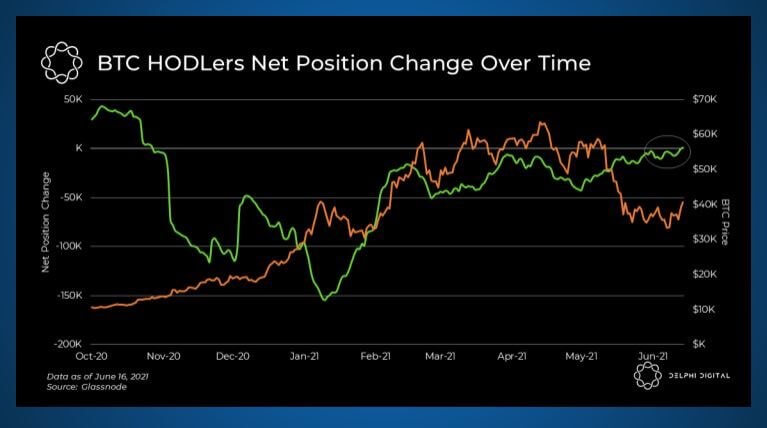 "The net positions of BTC HODLers is a strong indicator of how longer-term investors are thinking about BTC. For the first time since turning negative in Nov. 2020, this metric has flipped positive, indicating HODLers are buyers here."

Jurrien Timmer, director of the global macro at Fidelity Investment, has recently revealed that he believes Bitcoin’s price bottom is in for its current bull run. Timmer took to Twitter to share a chart showing the price of BTC/USD compared to the GS Retail favorites basket, with both highlighting similar local bottom formations after enduring a downtrend that followed a head and shoulders pattern. 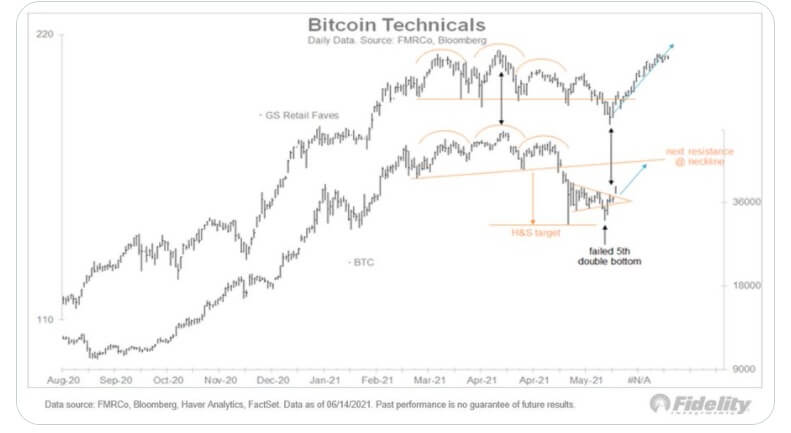 In my view, it looks like the bottom is in.

Earlier this month, Timmer had said that Bitcoin “lends itself well to technical analysis,” and revealed that he is a “secular bull.” However, in his view, the run-up to $64,000 was “a bit too fast” as it almost prematurely reached its year-end target of $68,000.

Popular analyst Willy Woo recently lowered his Bitcoin price prediction to $200,000 by the end of the year as he believes the flagship cryptocurrency’s upward trajectory has started reducing. To Woo, the recent price drop affected BTC’s trajectory, making it unlikely to reach the $300,000 to $400,000 range by the end of the year.

Bitcoin’s price recently moved up after billionaire investor Paul Tudor Jones said he likes BTC as a portfolio diversifier. In the interview, he revealed he would “go all-in on the inflation trades” if the US Federal Reserve remains indifferent to rising consumer prices.

As things stand, the Bitcoin price will need to break above the $40,500 resistance barrier to reach the 200-day SMA. In the best case scenario, the buyers will attempt to flip both the 50-day and 200-day SMAs before it charts the death cross.