Having flipped the 20-day SMA from resistance to support, the Bitcoin price gained a powerful support level. As per Into The Block, 908,000 addresses had purchased 530,000 BTC tokens previously at $34,200, which coincides with the 20-day SMA.

The MACD in the 4-hour Bitcoin price chart shows us that the market momentum has reversed from bullish to bearish, which further adds to our short-term bearish hypothesis. 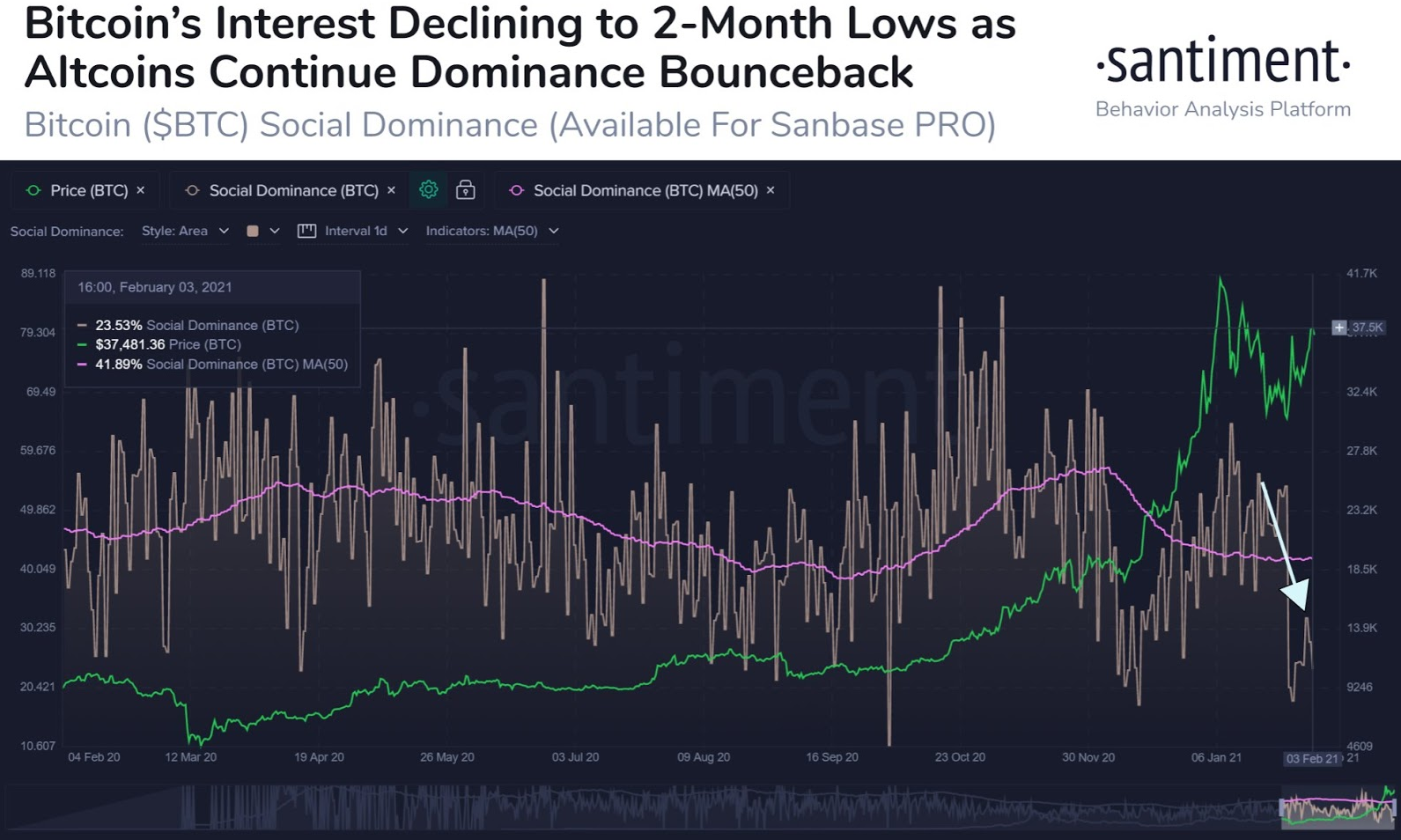 According to Santiment, an on-chain analytics platform, the overall social interest for Bitcoin has dipped to a 2-month low, with all attention going to altcoins. This is not necessarily a negative sign since this shows us that Bitcoin price is free from needless FOMO.

Dan Schulman, the CEO of PayPal, recently said that the company is ready to double down on cryptocurrencies. This comes after PayPal’s limited buy/sell/hold crypto trading launch, which "exceeded expectations.”

Schulman said that crypto would be accepted “as a funding source when [users] shop at any of our 29 million merchants'' late first quarter. He added that 2021 will feature an extensive roadmap around crypto, blockchain and digital currencies. The CEO added that the payments company is actively working with regulators and central banks “to shape the future of” a post-physical cash world.

PayPal also said that its “Buy, Hold, and Sell Cryptocurrencies” initiative would expand to “Venmo and select international markets” this year. The payments giant also noted that users of their crypto services become more active users of PayPal generally after purchasing crypto, logging in twice as often.

Senator Cynthia Lummis, one of the most vocally pro-crypto Senators in the US will soon join the committee responsible for the country’s financial regulation. According to a Cointelegraph report, Lummis has received her committee assignments for the 117th congress.

Lummis, a freshman Republican, will take her place on three committees: banking, environment and commerce. The Banking Committee is the Senate's front line for financial legislation and has also held hearings with Facebook over the Libra stablecoin and prospects for a digital dollar.  She is the first Senator in history to own Bitcoin and has become a strong advocate for the digital currency.

In a press announcement, Lummis spoke about her intention to use the appointment to the banking committee to advance digital asset legislation.

Wyoming has been leading the way on financial innovation over the last several years. Through my role on the Banking Committee, I hope to shine a light on many of these pioneering efforts and work with federal regulators to ensure that regulation of digital assets are structured to encourage innovation, instead of stifling it. 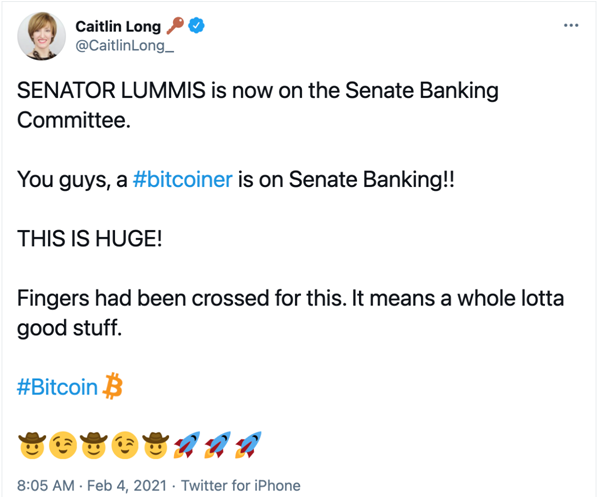 In a recent appearance on Anthony Pompliano's podcast, Lummis had expressed her plan to launch a Financial Innovation Caucus.  While the Financial Services Committee has had many crypto curious members, Lummis is the first Senator to be so publicly involved in the sector.

If our near-term bearish thesis holds, the Bitcoin price will probably drop till the 20-day SMA ($34,200), which is strong enough to prevent further downflow.