Between April 26 and May 8, the Bitcoin price jumped from $49,000 to $58,800, gaining almost $10,000 in its overall valuation. In the process, BTC managed to flip the 20-day and 50-day SMAs from resistance to support. However, the price has been in a slump since then. Earlier today news came out that Tesla will no longer accept Bitcoin payments for their cars, which has added to the selling pressure.

The Bitcoin Price Sentiment Is Negative 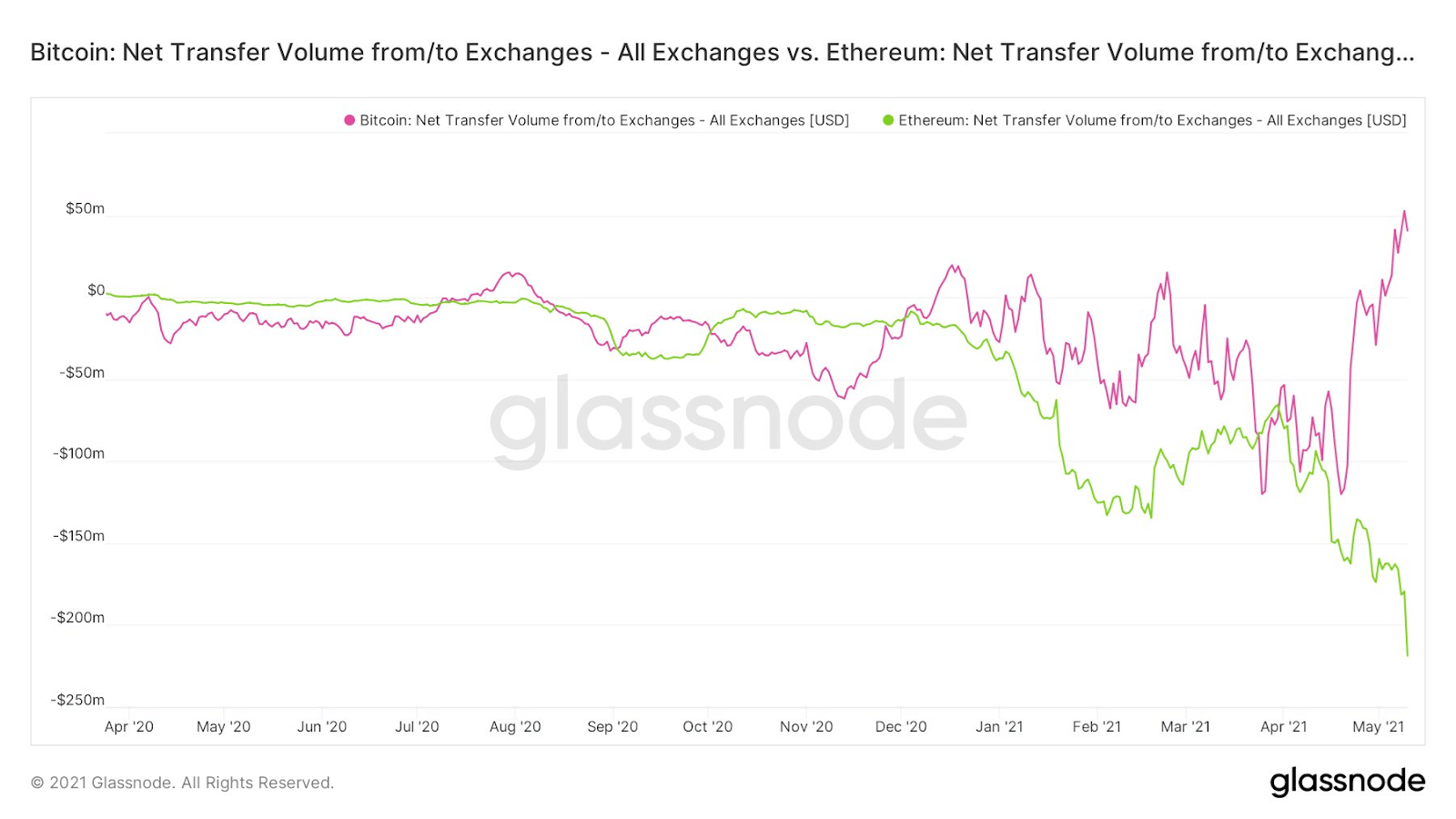 As per Glassnode, the number of Bitcoin entering exchanges is on the rise, while the ETH is flowing out. This shows that the holders are selling off their BTC and accumulating ETH.

Members of the Texas House of Representatives have recently passed a bill that aims to recognize cryptocurrencies under commercial law in the state. In a session of the 87th Texas Legislature, lawmakers passed a proposed amendment to the state's Uniform Commercial Code (UCC). The proposal is aimed at modifying commercial law to blockchain innovation and digital asset regulations.

First introduced by Representative Tan Parker in March, House Bill 4474 will reportedly help define cryptocurrencies in the UCC. The bill will now go to the Texas Senate for any proposed amendments and potentially a final vote.

If the crypto legislation passes the Senate, Texas Governor Greg Abbott can sign the bill into law. Abbott has already said he is a “crypto law proposal supporter” and seemed to encourage Bitcoin (BTC) mining firms to set up shop in the state. 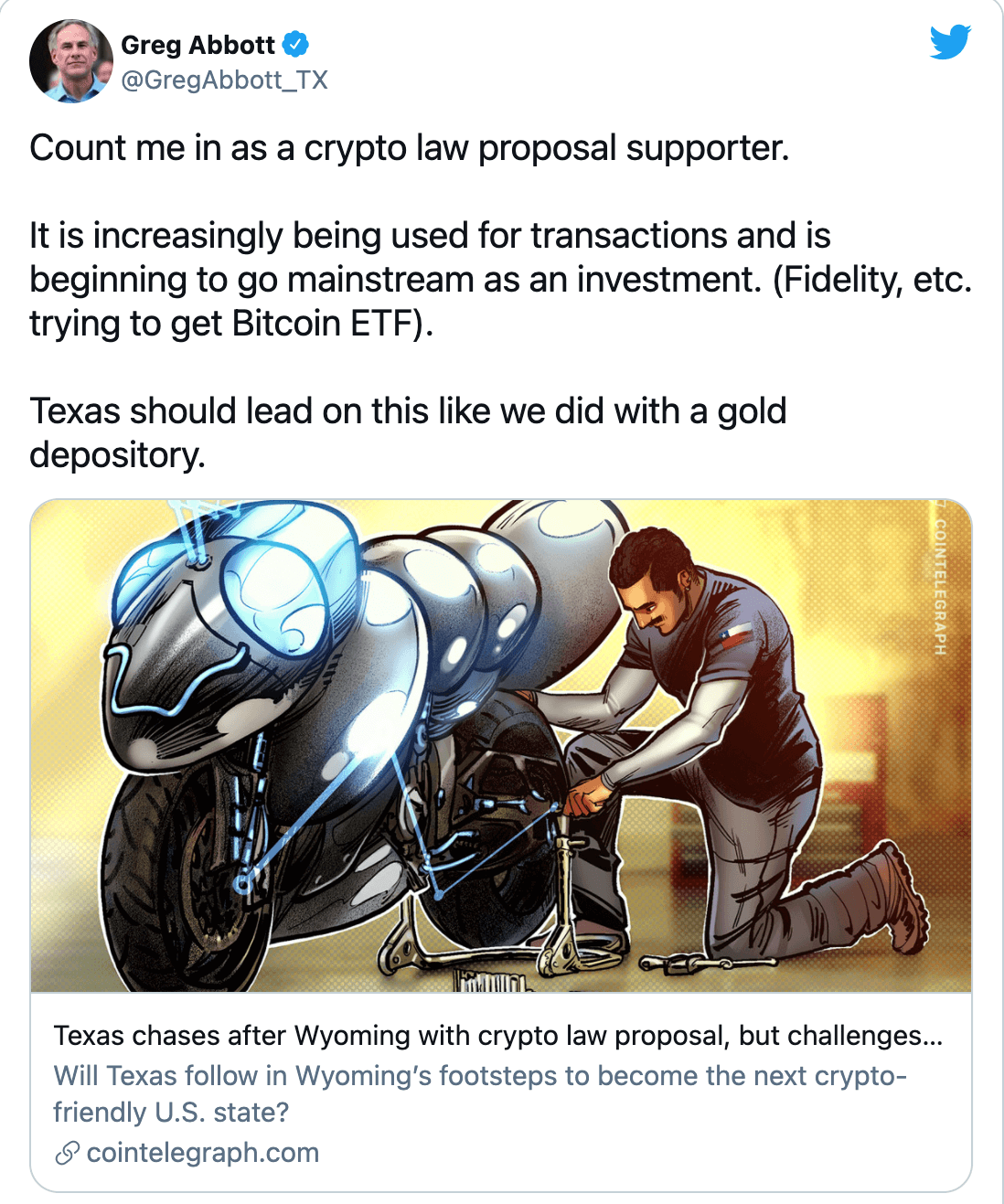 According to an earlier Cointelegraph report, Lee Bratcher, president of the Texas Blockchain Council, said that the bill could make Texas a crypto-friendly state like Wyoming. The latter is one of the only states in the US to define virtual currencies for businesses. It has attracted many firms, including Ripple.

Last year, the Wyoming State Banking Board granted crypto exchange Kraken a charter to operate as a crypto-friendly bank and gave Avanti the green light to receive and custody crypto in a similar fashion.

Meanwhile, Texas is already home to crypto mining firms such as BlockCap and Riot Blockchain. Both companies have said that they plan to expand their mining ventures in the state by purchasing new facilities and equipment.

The $50,500 support line needs to hold strong to prevent BTC from breaking below the $50,000 psychological level. Looking at the daily chart, the Bitcoin price needs to break past the $60,000 line to flip the parabolic SAR from bearish to bullish.