The Bitcoin price is presently hovering around $31,750. Previously, BTC crashed from $35,230 to $32,850 between July 5 and July 13. During this period, Bitcoin has been hovering around the 20-day SMA. Let’s take a closer look at technical analysis.

Over the last four sessions, the Bitcoin price crashed from $34,260 to $31,760 – losing almost $2,500 in its overall valuation. During this fall, BTC managed to flip the 20-day SMA from support to resistance. Plus, the MACD has also reversed from green to red to add further credence to this overall bearish narrative. 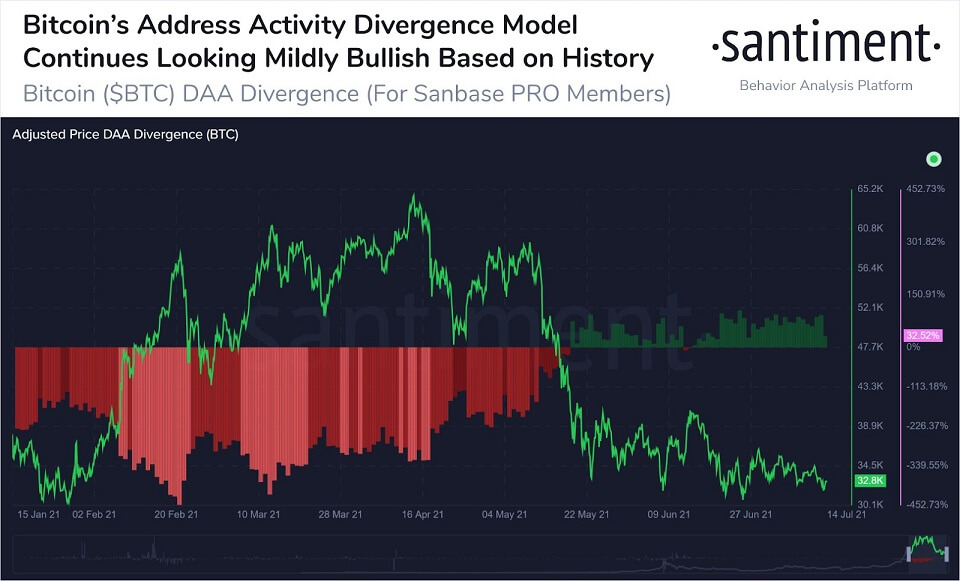 "Our Daily Active Address Divergence model for #Bitcoin continues to show prices have been suppressed from April's #AllTimeHigh way more than address activity has fallen. This has caused this indicator to continue showing a mild #bullish divergence."

"Over the last week, the stablecoin supply on exchanges has been declining. This trend has reversed on the hourly chart around midnight (UTC) today and stablecoin supply on exchanges is climbing up steeply. It could be either people stepping out of their positions into stablecoins to wait what is happening next in the markets and/or fresh capital flowing into exchanges. It looks like bitcoin's price might be ready for a move either way." 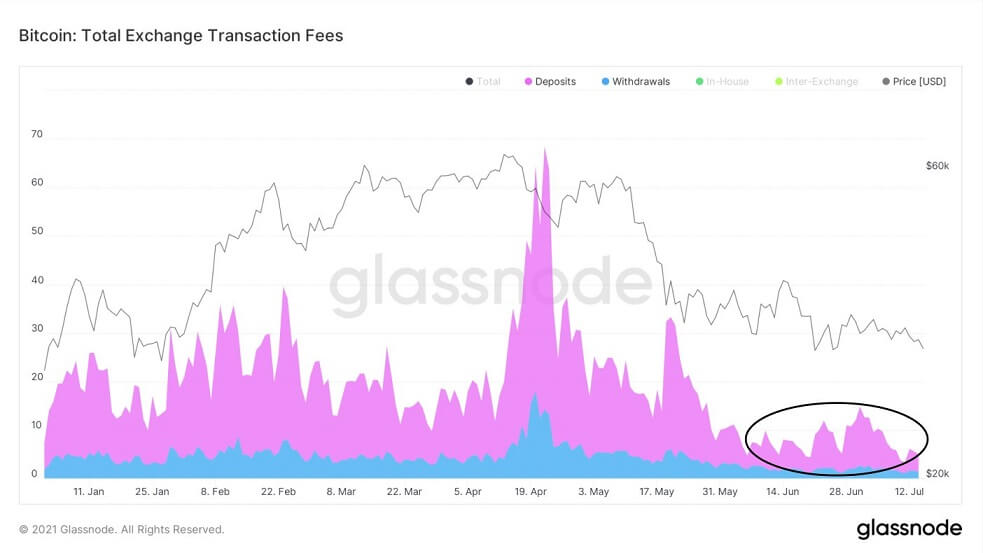 "Investors aren't selling, they are simply on holiday. #Bitcoin" 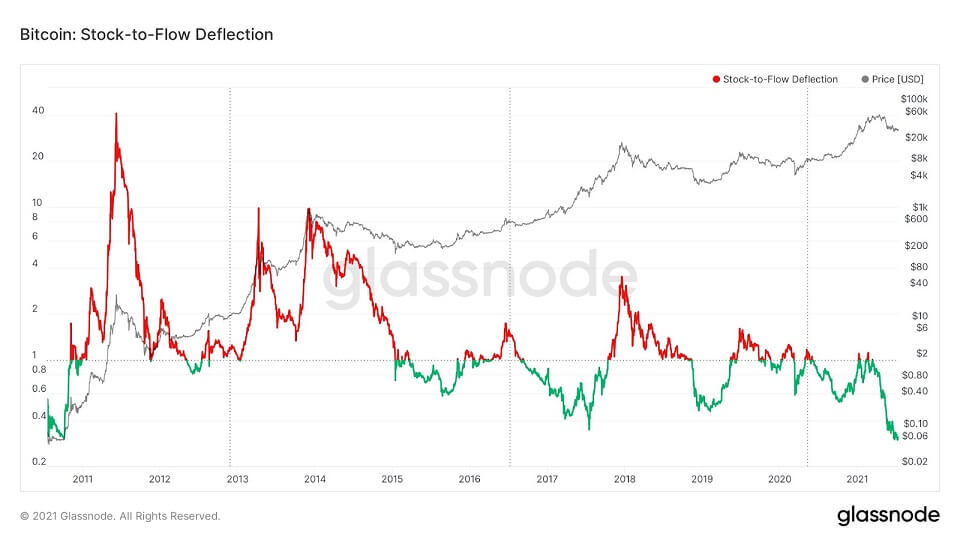 "#Bitcoin highly undervalued according to the S/F Model as the deflection ratio nears record lows."

Popular on-chain analyst Willy Woo recently predicted that the price of Bitcoin could surge to $157,000 once the current pullback of the crypto market is over.

During an interview with Bitcoin bull Anthony Pompliano, Woo said that he believes it is only a matter of time until the leading cryptocurrency’s trend reverses and surges.

"This is a bull market. There’s no mistaking this. We’ve got X-ray vision on what the investors are doing, and it’s bullish whilst price is sliding downwards."

Per his words, the next major event “is when the fundamentals squeeze price action, and we break out of this... re-accumulation band right in the middle of a bull market.” Bitcoin has been trading between $40,000 and $30,000 over the last few weeks after it dropped from a near $64,000 all-time high.

Woo’s model predicts that BTC could surge to $157,000 when its trend reverses and could move the price target up once the market turns bullish once again. Woo said:

"If we squeeze out of this accumulation band like I’m expecting, I would say that we will start curving upwards into the $250,000 to $350,000 range. Sounds a bit ludicrous right now, but that’s what the model says."