Looking at the IOMAP, we can see that the Bitcoin price has a major support wall at $54,500. Previously, at this level, 540,000 addresses had purchased 448,000 BTC tokens. Maybe, this support wall will be robust enough to absorb a lot of selling pressure.

As per Willy Woo, the biggest reason why the Bitcoin price collapsed is because of the mining hashrate nearly halving due to the power outage in Xinjiang China.

“We just saw the single largest 1-day drop in mining hash rate since Nov 2017. The hash rate on the network essentially halved, causing mayhem in BTC price as it crashed.’

On April 16, a single address sent 9,000 BTC to Binance. This is probably a whale with ironside knowledge on the happenings in China. 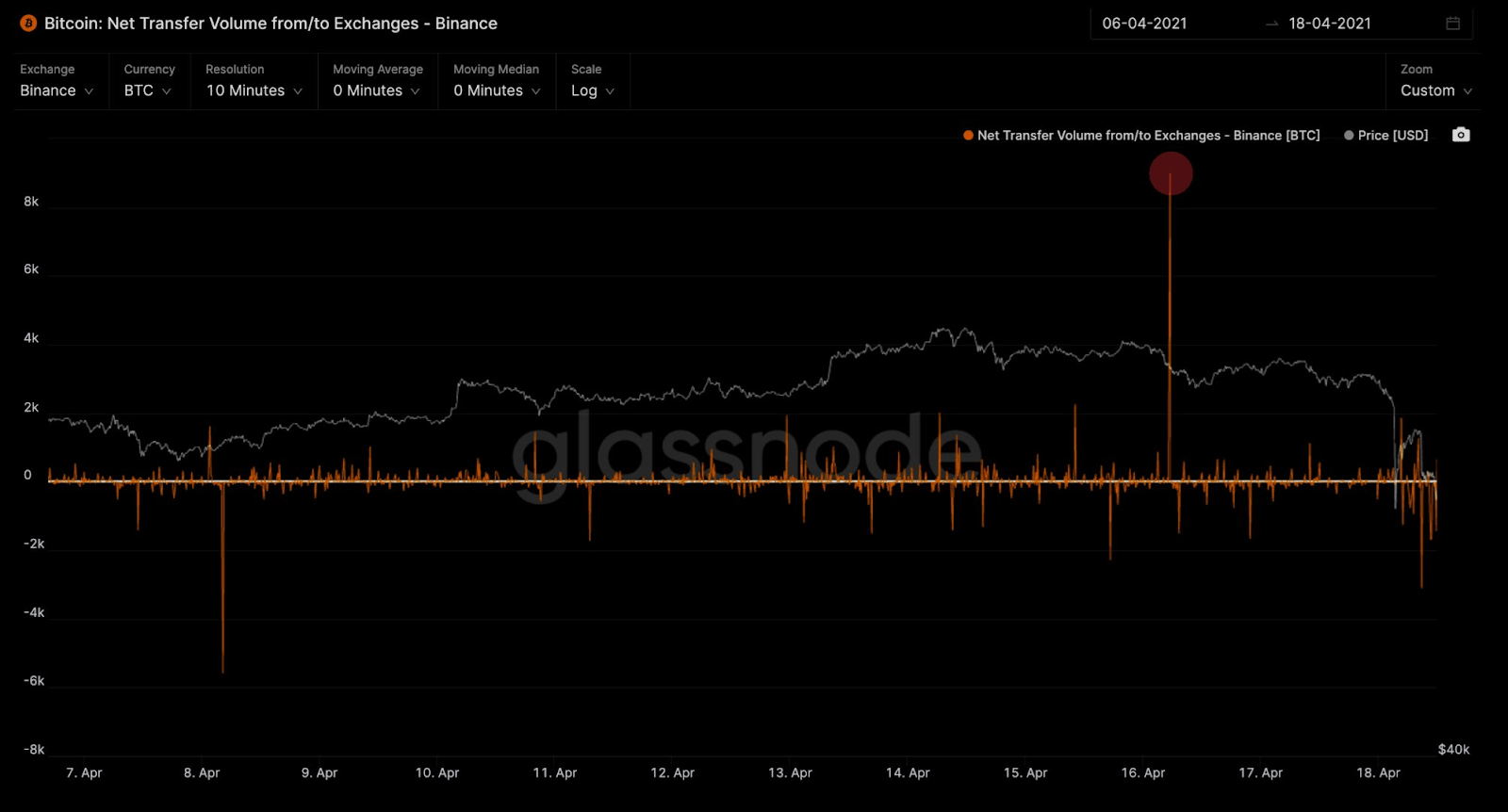 This sell down was compounded by sell off of quarterly futures (used by more sophisticated traders) on derivative markets which was already underway as early as 13th April. 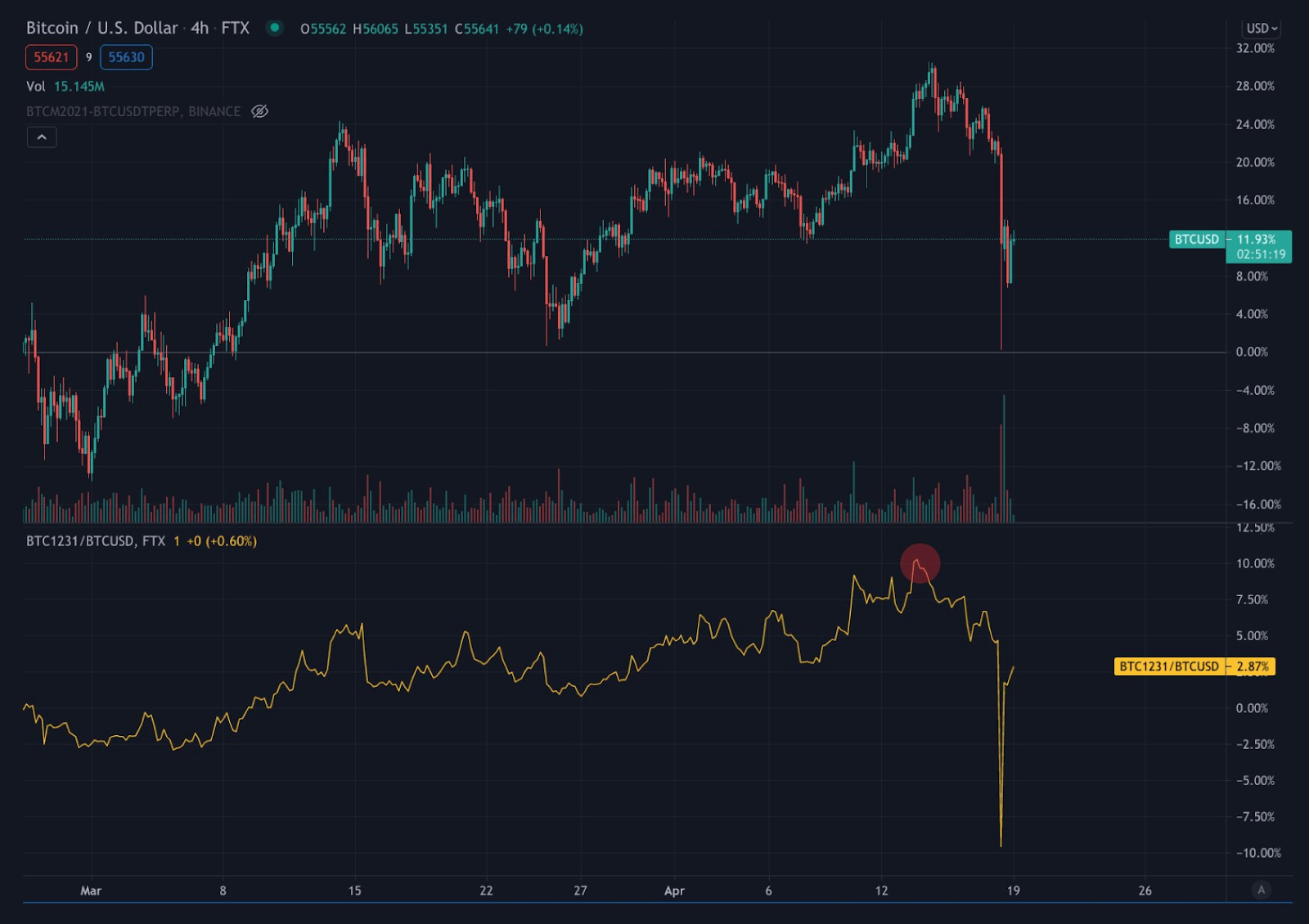 “The two combined sell pressures was sufficient to tip the price below liquidation levels ($59k). This triggered a cascade of automatic sell-offs in a chain reaction. $4.9b contracts were liquidated, $9.3b including alt-coin markets. 1m trader accounts liquidated in total.”

“This dip happened while unprecedented numbers of new users are arriving onto the network per day. There's been a retail influx in the last 2-3 weeks.” 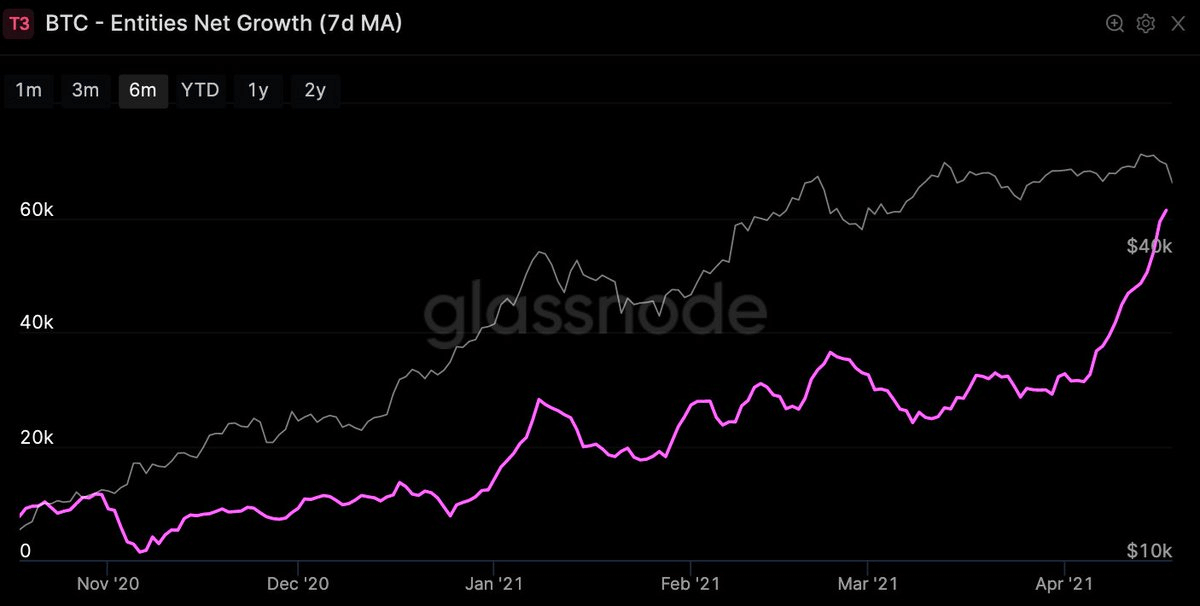 Willy Woo ended his thread by pointing out that the Bitcoin price is now flashing a classic “buy-the-dip” signal.

“The on-chain SOPR metric near a full reset. A classic buy the dip signal. In simple terms, profit taking by longer term investors is completing, very little sell power left unless investors want to sell at a loss from their entry price. Unlikely in a bull market.” 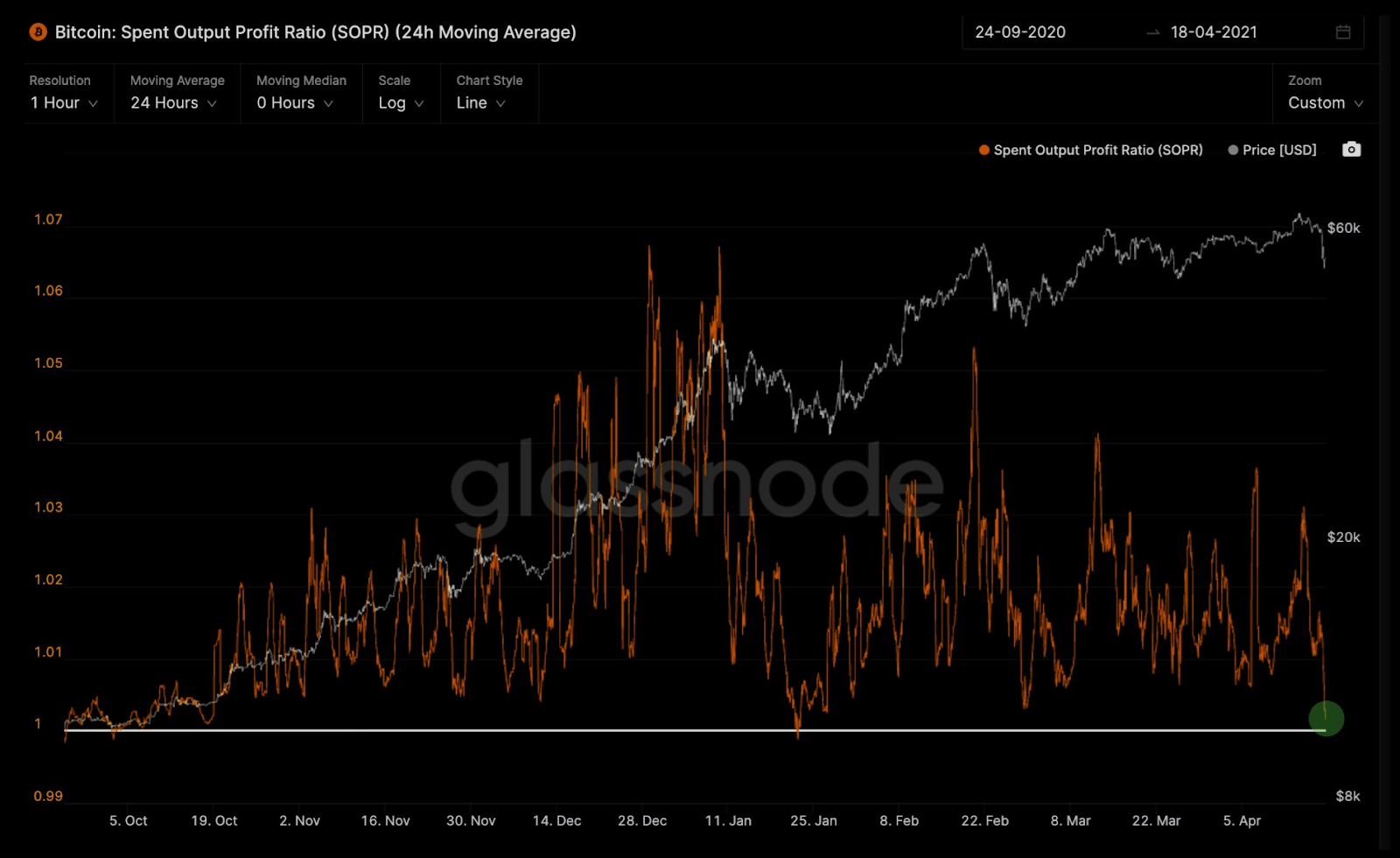 The $54,500 support line is extremely crucial to prevent a further drop in Bitcoin price. A further crash will take BTC down to $50,000.