Between April 16 to April 25, the Bitcoin price has crashed from $63,350 to $49,150 – losing almost $14,000 in its overall valuation. During this downward plunge, BTC managed to flip the 20-day and 50-day SMAs from support to resistance. In fact, between April 21 and April 25, BTC managed to have five consecutive bearish days, before the buyers took back control this Monday.

This Monday, the Bitcoin price managed to rise from $49,150 to $53,200 – gaining almost $4,000 in its overall valuation. Despite this bullish surge, the overall sentiment of the BTC market remains negative due to the following signals: 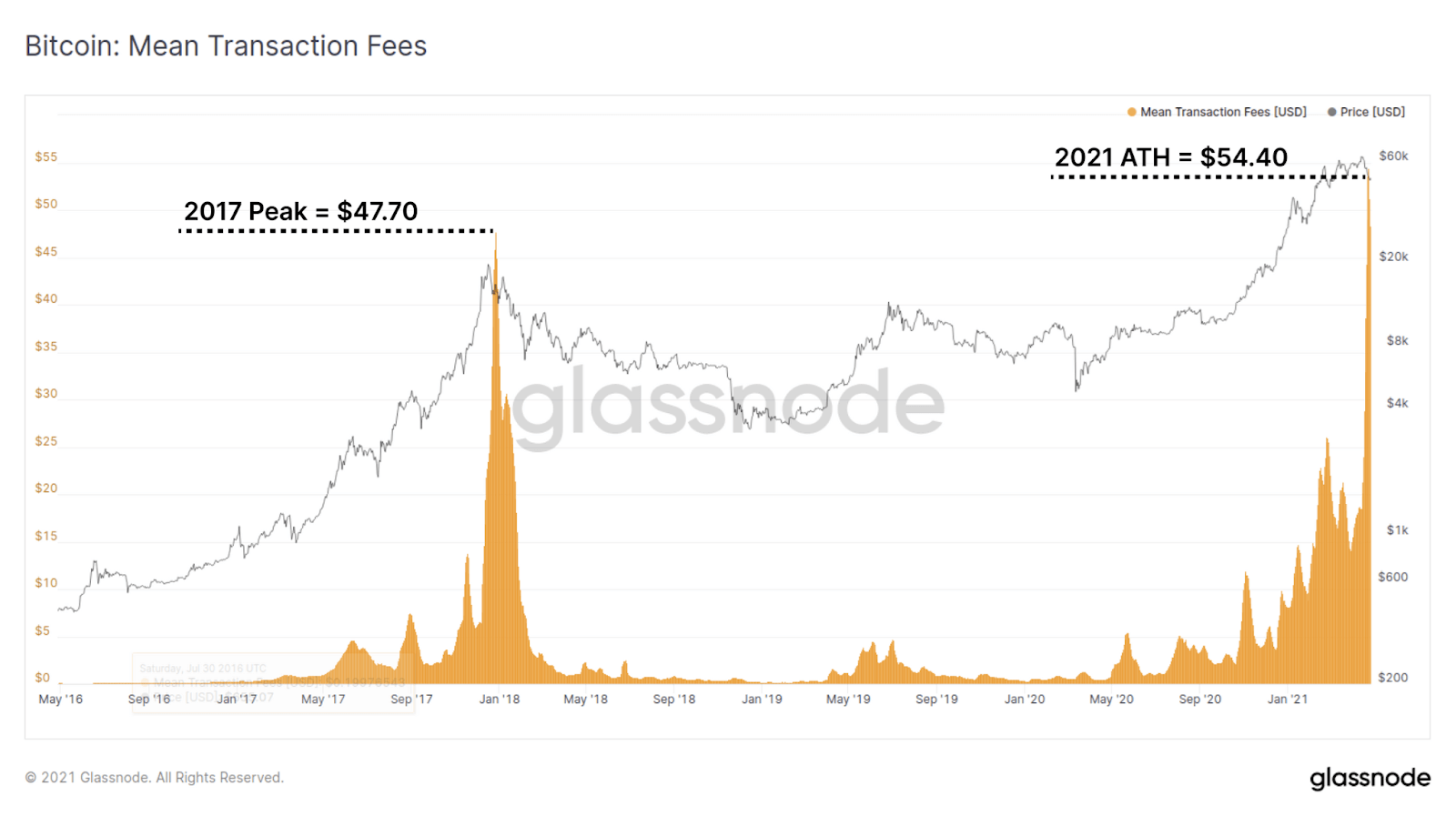 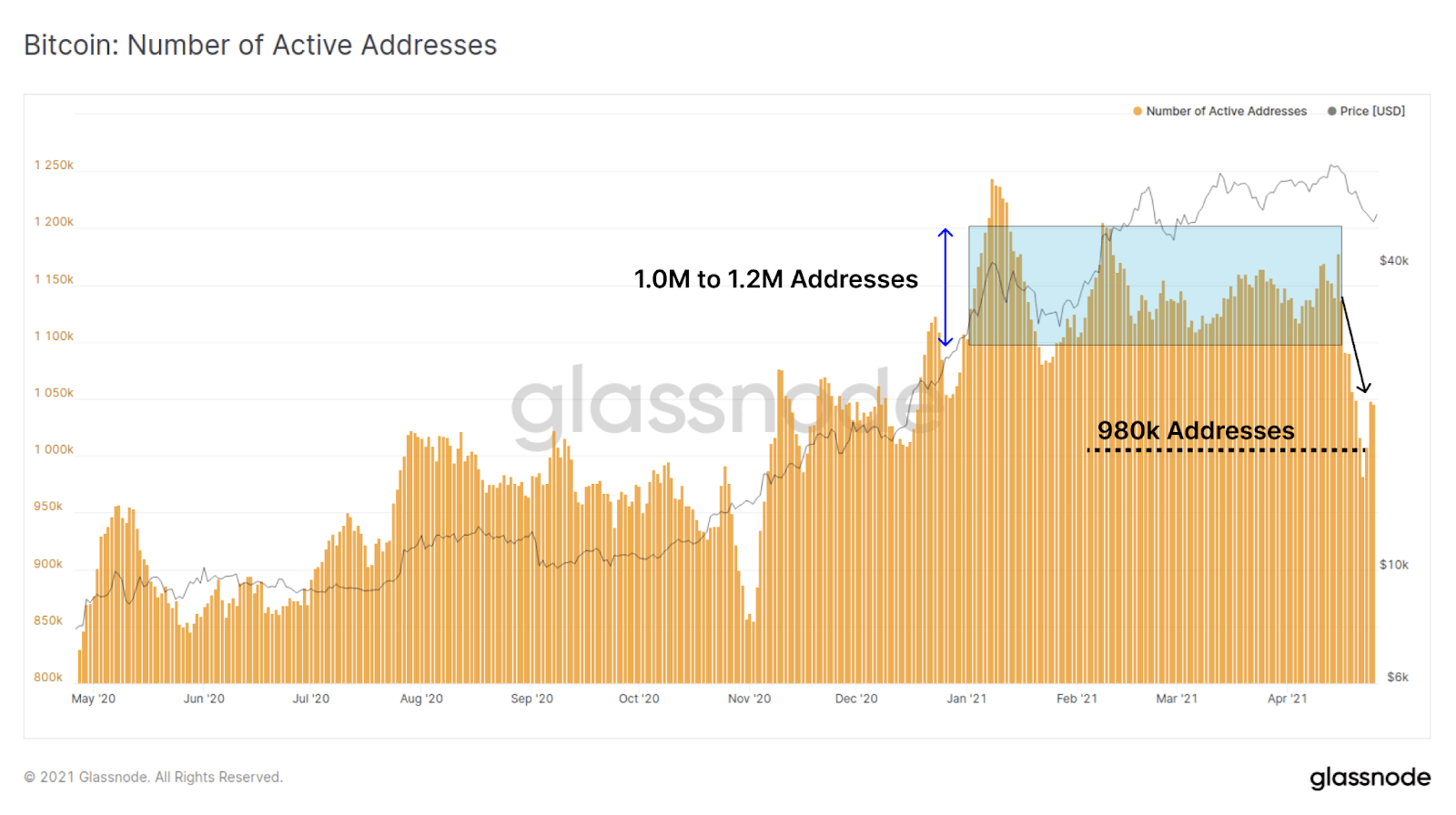 In a response to the high on-chain transaction fees, the number of daily active addresses declined from the typical range of 1.0M to 1.2M seen throughout this bull market to approximately 980k addresses.

The buyers will need to overcome the $57,000 resistance barrier to push BTC into the $60,000 psychological level.