The Bitcoin price bounced up from the $53,650 support line and is currently priced around $54,450. While the parabolic SAR shows that the current market sentiment is positive, do note that BTC is sitting below the 20-day and 50-day SMAs. These two levels have prevented further growth. 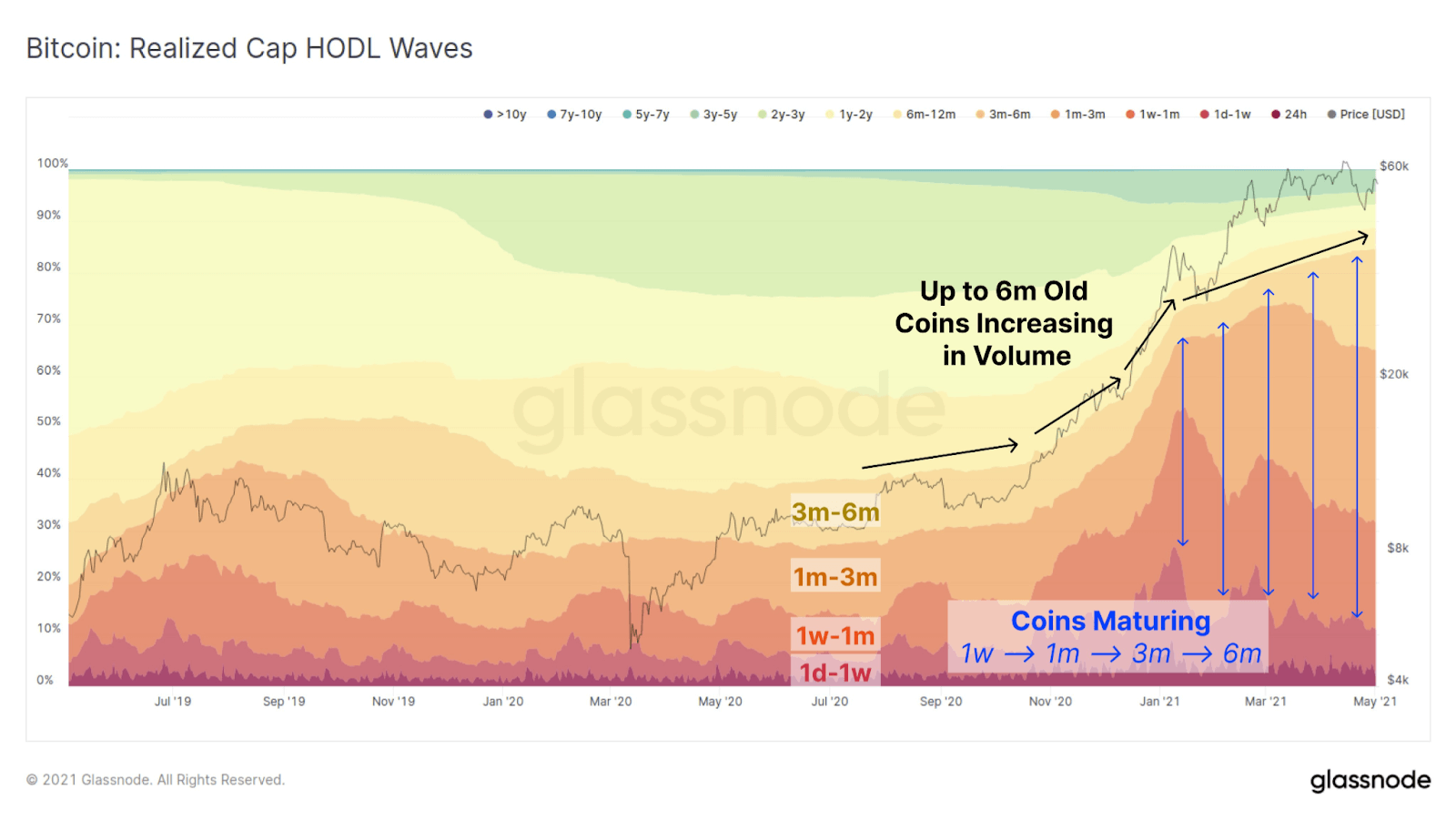 "#Bitcoin supply accumulated in the early phase of this bull market is beginning to mature. HODLed $BTC are seen in Realized HODL Waves as the thickness of older age bands swell over time" 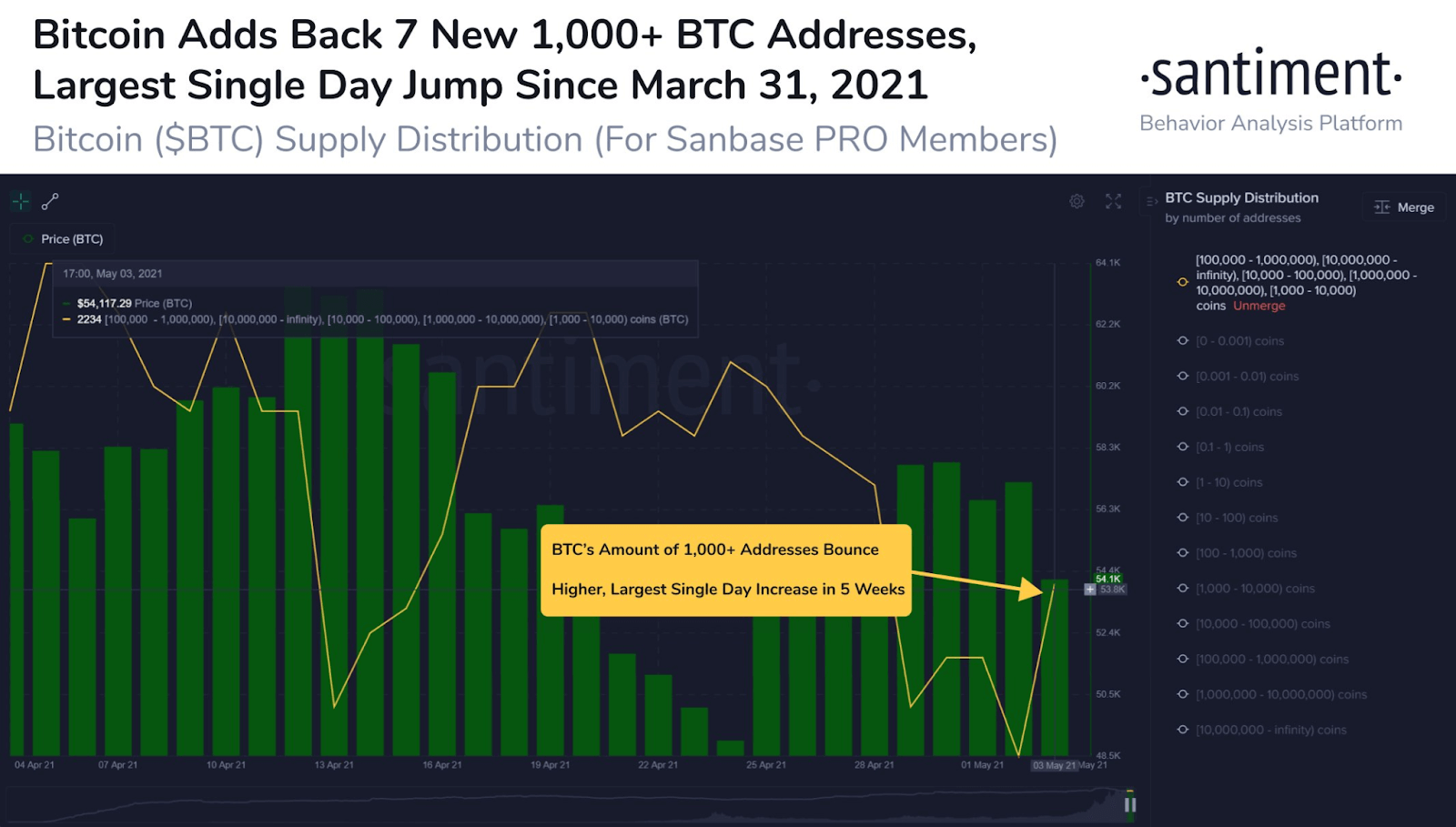 "#Bitcoin has slid these past couple days, but as the crowd shows mild concern, new whale addresses have been created. The number of 1,000+ $BTC addresses have jumped back to 2,234, with the largest single-day growth in new addresses (7) since March 31."

The Bitcoin’s price will need to cross over the 20-day SMA to easily reach the $60,000 psychological level.