Since April 19, the Bitcoin price has trended horizontally around $54,850 and has hugged the downside of the 50-day SMA. The MACD shows increasing bearish market momentum. Plus, the parabolic SAR shows that market sentiment has reversed from positive to negative. 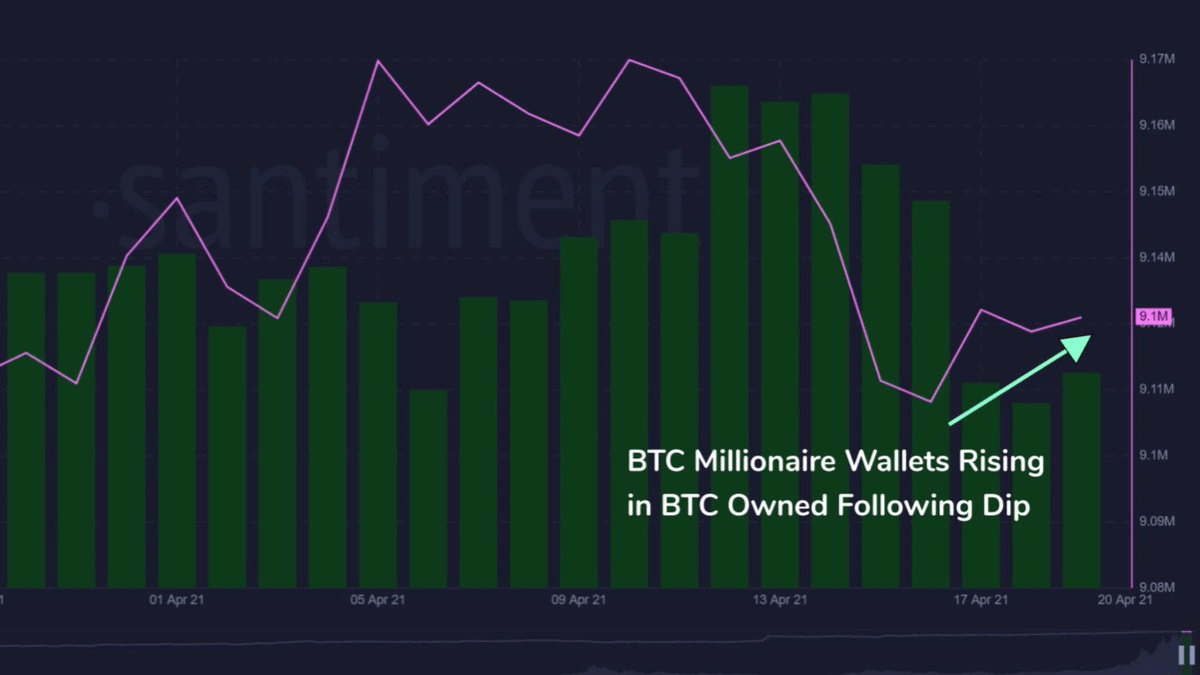 It looks like the Bitcoin wallets containing 100-10k BTC have started accumulating following the Sunday dip.

It may become a great asset. I don't believe we should think about #crypto as a substitute of currency.

In January, Bloomberg reported that Blackrock was adding Bitcoin futures as eligible investments in two of its funds. That was the first time the firm had offered crypto exposure to its clients. However, despite his optimism, Fink remained skeptical of whether cryptocurrencies could replace fiat.

Interestingly, Finks said that there has been very little demand and crypto interest from Blackrock’s institutional clients. This marks a stark contrast to Goldman Sachs’ survey, where more than 40% of the bank’s clients had crypto exposure. The investment bank, in fact, restarted its crypto trading desk because of the institutional money flooding into the crypto space. Other money managers such as Morgan Stanley and NYDIG reported similar trends earlier last month.

There are components in the financial markets about crypto that are real, that [are] growing. But if you’re asking me specifically about long-term investing from sovereign wealth funds, from pension funds, from retirement services, from big family offices, the conversation about crypto is a very minor conversation compared to so many other conversations.