The bears have been in control of Bitcoin for four days out of the last five. During this crash, BTC managed to flip the parabolic SAR from positive to negative. The relative strength index (RSI) shows that the Bitcoin price may drop some more before it gets oversold.

Panamanian congressman Gabriel Silva appears to be following in the footsteps of El Salvador. Silva has proposed legislation to adopt Bitcoin and other cryptocurrencies on a national scale. El Salvador’s president, Nayib Bukele, earlier announced that he will submit a bill to lawmakers demanding to make Bitcoin a legal tender.

Silva recently emphasized the significance of Panama not being left behind by Bukele’s progressive crypto plans, which include removing capital gains tax on Bitcoin in El Salvador. Silva asserted:

This is important. And Panama cannot be left behind. If we want to be a true technology and entrepreneurship hub, we have to support cryptocurrencies.

He added that they are preparing a proposal to present at the Assembly and invited interested entities to contact him. Bukele’s announcement has prompted similar moves from other politicians across Latin America. However, few concrete policy proposals have been announced.

On June 7, Paraguayan congressman, Carlitos Rejala, tweeted “El Salvador to the Moon” and uploaded a picture of himself with laser eyes, a popular crypto meme used to express Bitcoin maximalism on crypto Twitter.

Despite positive sentiment on social media regarding the apparent bullishness of Latin American lawmakers, the price of Bitcoin has continued to decline. 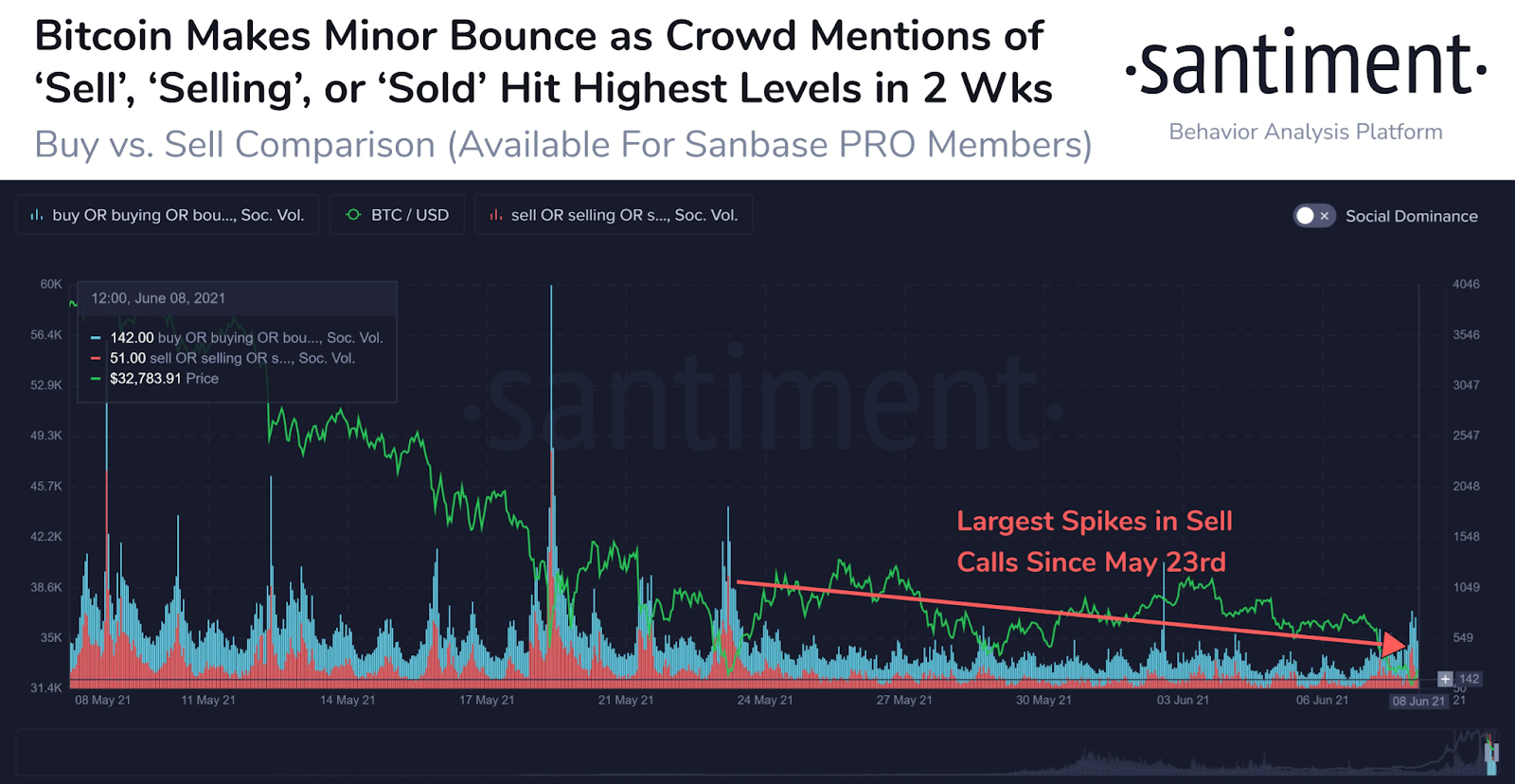 "The amount of #buy vs #sell calls being made continues to reveal nice hints on where #crypto is heading next. #Bitcoin prices tend to rebound whenever there is a spike in sells, and it bounces more long-term when the ratio between buy vs. sell narrows."

The Bitcoin price will probably crash towards the $32,000 support line. If this level doesn’t hold, BTC bears will face another barrier at $31,000.