Since June 28, the Bitcoin price has been pretty much sandwiched between the 20-day SMA and the $32,800 support line. There have been a few days (June 29, July 4, and July 11), when BTC managed to creep above the 20-day SMA but was met with immediate correction. Over the last two days, the parabolic SAR was reversed from negative to positive. 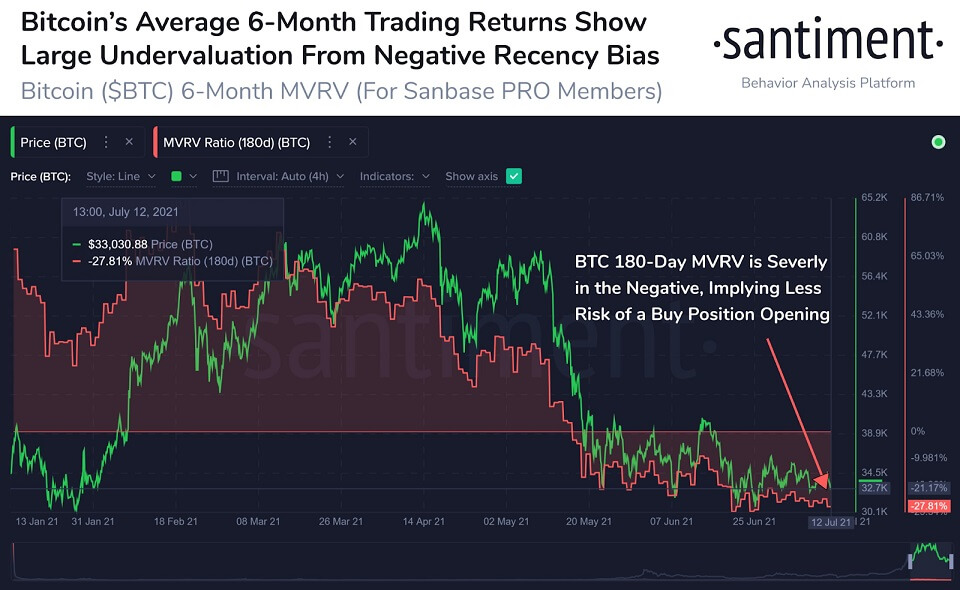 "#Bitcoin's average return for 6-month investors is sitting at a very low -27.81%. When traders are this under water, #FUD typically arises in the form of negative-driven posts. Keep this negative bias in mind & take crowd takes with a grain of salt." 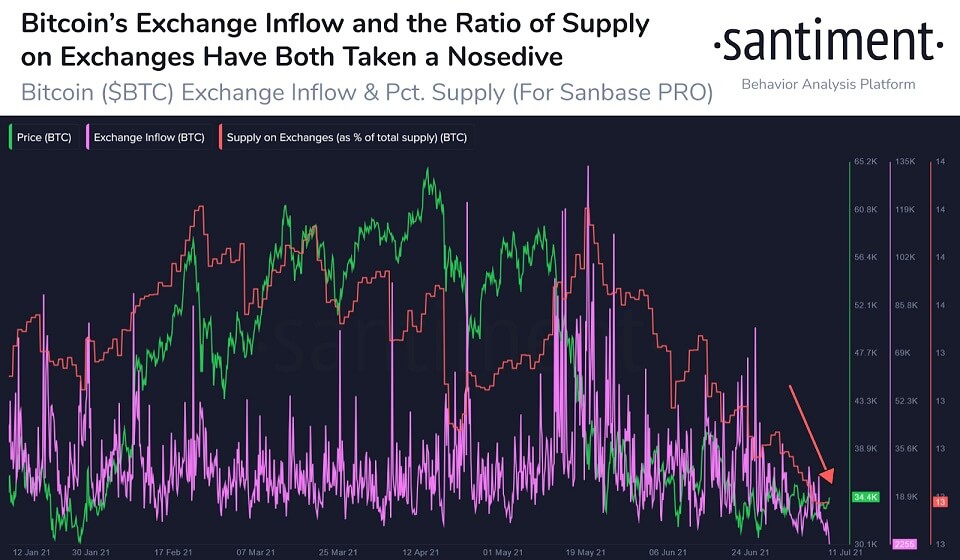 "The amount of daily inflow of #Bitcoin to known exchange wallets, as well as the total supply of $BTC on exchanges, have experienced a sharp 50-day drop, which may point to diminishing sell-side pressure. Read our take on the state of the markets here." 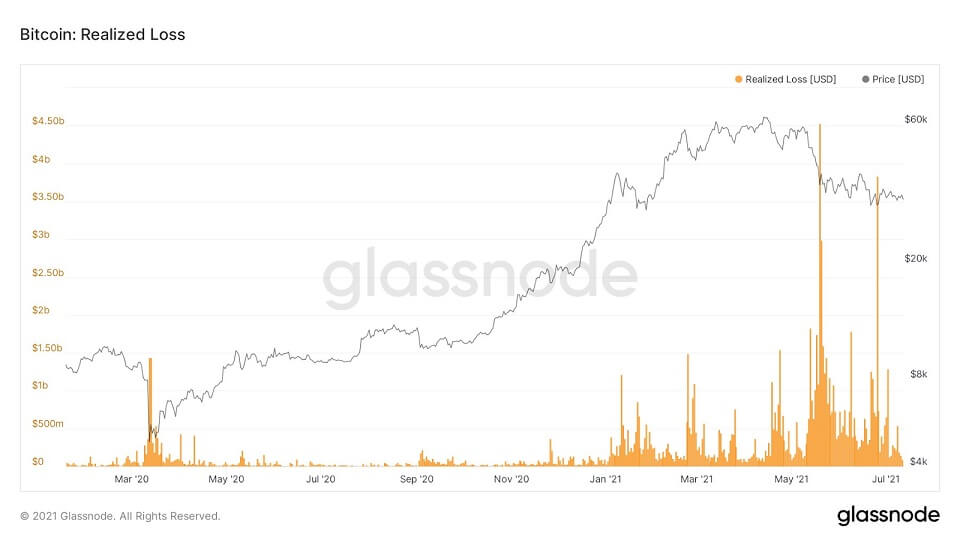 "There have been two capitulation spikes in past 60 days which are rather unquestionably displayed in the charts.  Will there be the 3rd spike down to $23-24k region should bearish news come out? Explained my thoughts in my $BTC report." 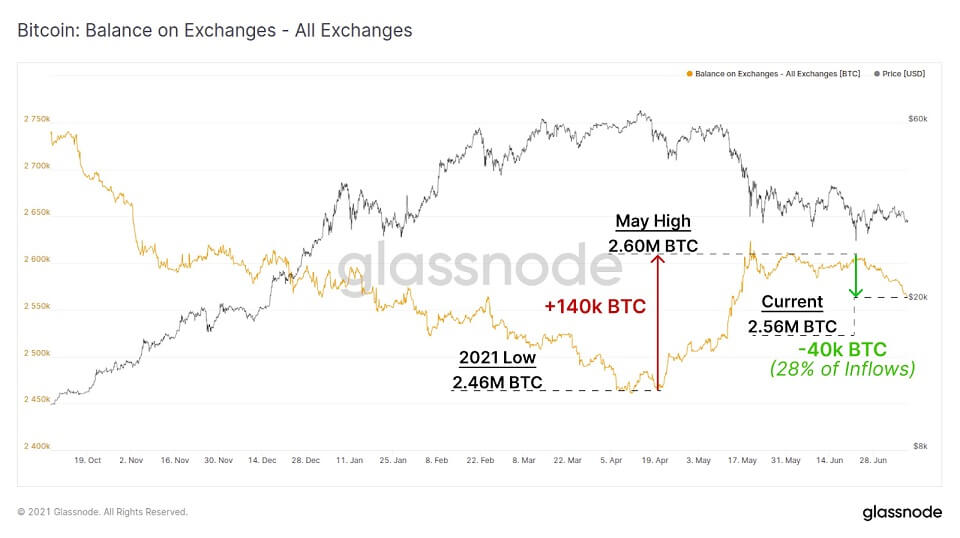 "#Bitcoin exchange balances have started to show signs of sustained outflows since the sell-off on 22-June. From the 2021 lows, ~140k $BTC were deposited to exchanges. Over the last three weeks, approx 40k $BTC have been withdrawn, 28% of what came in."

Apple co-founder and popular programmer Steve Wozniak said that Bitcoin is superior to gold and a “mathematical miracle.” As per an El Sol de México report, Wozniak talked about Bitcoin and called it “the only digital gold" during Jalisco Talent Land Digital 2021 event. The event is “the largest connection and interaction event between young talent, specialists, companies and the government for the development of technology, innovation and entrepreneurship projects.”

Woz referred to gold as “limited." He highlighted the difficulty of searching and extracting the precious metal from the ground. He said:

"Gold is limited and you have to look for it. Bitcoin is the most amazing mathematical miracle. I do not invest in Bitcoin, but I believe it’s here to stay."

Wozniak’s comments come just days after Mexican billionaire businessman Ricardo Benjamín Salinas Pliego said that it was “absolutely right” to refer to Bitcoin as the new form of gold. Pliego is the founder and chairman of Mexican conglomerate Grupo Salinas. Pliego published a tweet in response to MicroStrategy’s Michael Saylor, noting that Bitcoin was much more portable and convenient than gold.

"If you are hoping to preserve your wealth for a generation, @RicardoBSalinas suggests you invest in #bitcoin. The strategy is simple - choose the highest quality asset you can find and #hodl.