As of now, Bitcoin price is trading around $59,000 level. The MACD shows that the market momentum is about to reverse from bearish to bullish. However, the relative strength index (RSI) shows that BTC still has room to grow before it gets overvalued. 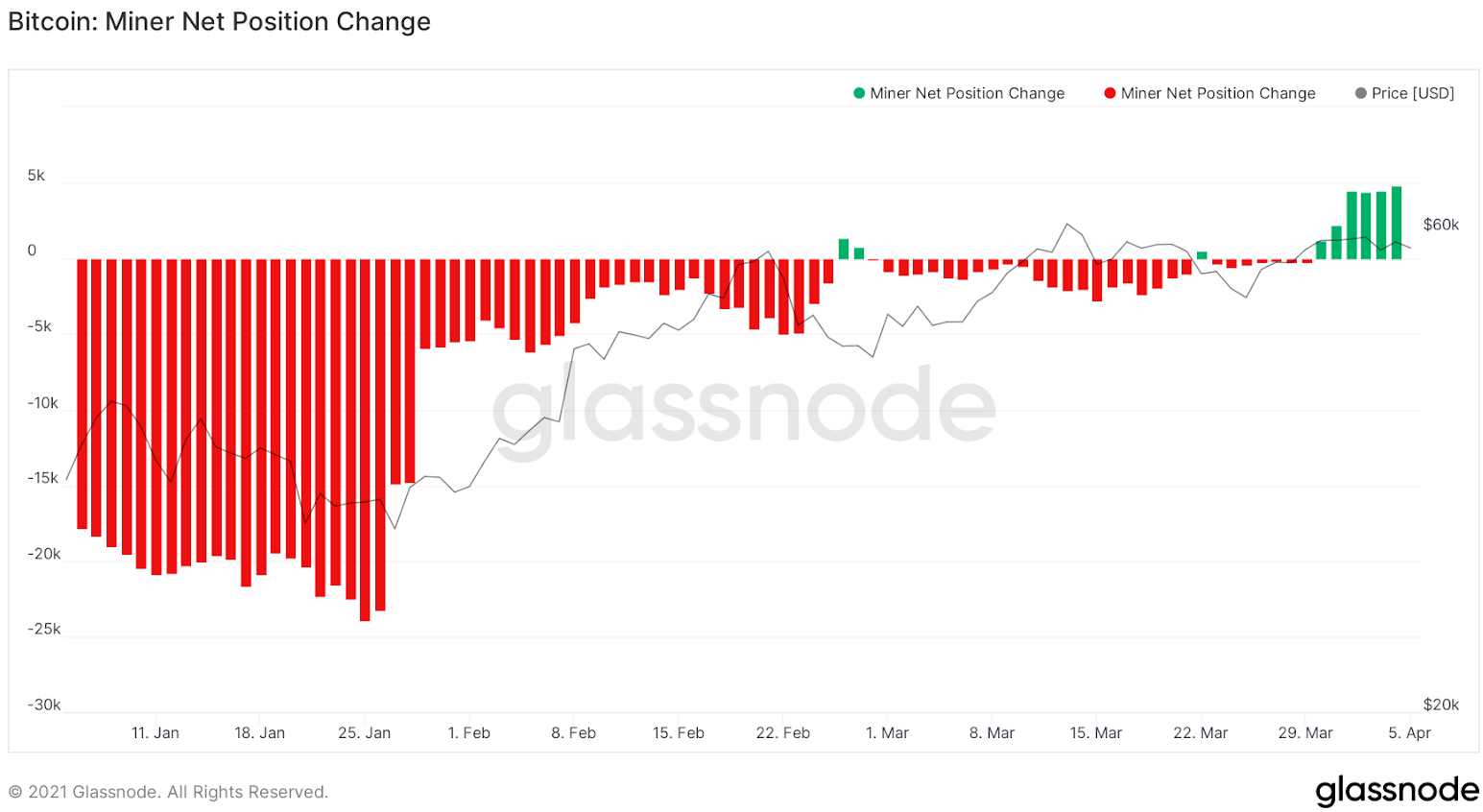 This graph by Glassnode shows us that the Bitcoin miners are no longer interested in selling their coins. They are accumulating.

“Remember when the $BTC market collapsed with a 50% kimchi premium back in 2018? Don't worry. Simply calculating the trading volume, the Korean market had 7.9% of the influence as of 2018 January, while today it is only 1.7%.”

This shows us that the overall Bitcoin market is more robust than ever before.

Goldman Sachs is reportedly planning to issue its first investment channels for Bitcoin and other digital assets by the second quarter of 2021.

The financial behemoth plans to offer this product to clients in its private wealth management group. According to CNBC, this group comprises high-net-worth people, families, and endowments with at least $25 million to invest.

Mary Rich, the newly-appointed global head of digital assets for Goldman’s private wealth management division, said that the bank wants to eventually offer a “full-spectrum” of investments in BTC and other cryptocurrencies.

We are working closely with teams across the firm to explore ways to offer thoughtful and appropriate access to the ecosystem for private wealth clients, and that is something we expect to offer in the near term.

Sources close to the matter have revealed that the bank is now securing approvals from regulators, including the US Securities and Exchange Commission (SEC) and the New York Department of Financial Services (NYSDFS). Rich told CNBC that their clients are seeking exposure to BTC as a hedge against inflation as well as an asset that is leading a technological revolution.

The report comes as another banking giant, Morgan Stanley, revealed in an SEC filing that 12 of its mutual funds might indirectly invest in BTC through cash-settled futures contracts and Grayscale’s Bitcoin trust. Rich added that Goldman Sachs is looking to offer similar Bitcoin investment funds.

We’re still in the very nascent stages of this ecosystem; no one knows exactly how it will evolve or what shape it will be, but I think it’s fairly safe to expect it will be part of our future.

Bitcoin price will likely aim to go past the $60,300 resistance barrier.