Binance Coin spent the weekend session in consolidation following another dip to $285. The entire market was caught in sluggish trading; thus, BNB stalled between $285 and $340.

Initially, the 50 Simple Moving Average (SMA) hindered recovery, but as bulls return to the market at the start of the new week, Binance Coin Uptrend gradually gains traction. For instance, the exchange-based token trades at $342 at the time of writing and has settled above the 50 SMA.

The primary goal among the bulls is gaining traction past $345. Meanwhile, technical indicators seem to be aligning for the upswing. For example, the Relative Strength Index (RSI) moves toward the overbought, validating the bullish grip.

At the same time, the Moving Average Convergence Divergence (MACD) indicator on the four-hour chart affirms the bullish outlook while closing the gap toward the positive territory.

Note that the technical indicator, following the path of a trend and calculates its momentum, flipped massively bullish within the same time frame for the first time since last week’s correction to $285. 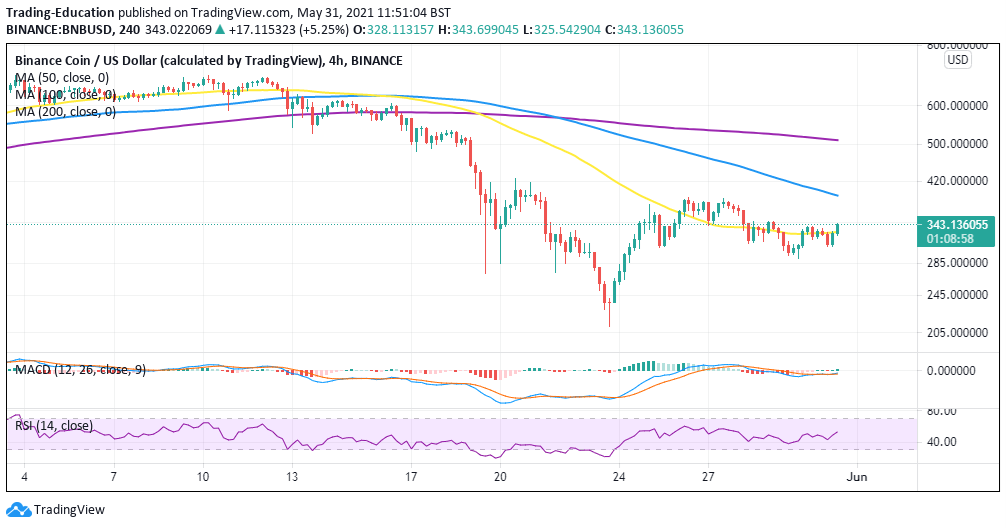 The SuperTrend indicator has established that the uptrend has a robust foundation, as observed on the four-hour chart. This is a technical chart overlay, following the trend of an asset. Traders utilize the SuperTrend to identify positions to long or short the asset. For example, a buy signal flashed on May 24 and has been sustained. If the technical outlook remains unchanged, Binance Coin will gradually scale the levels above $400 and close the gap at $420. 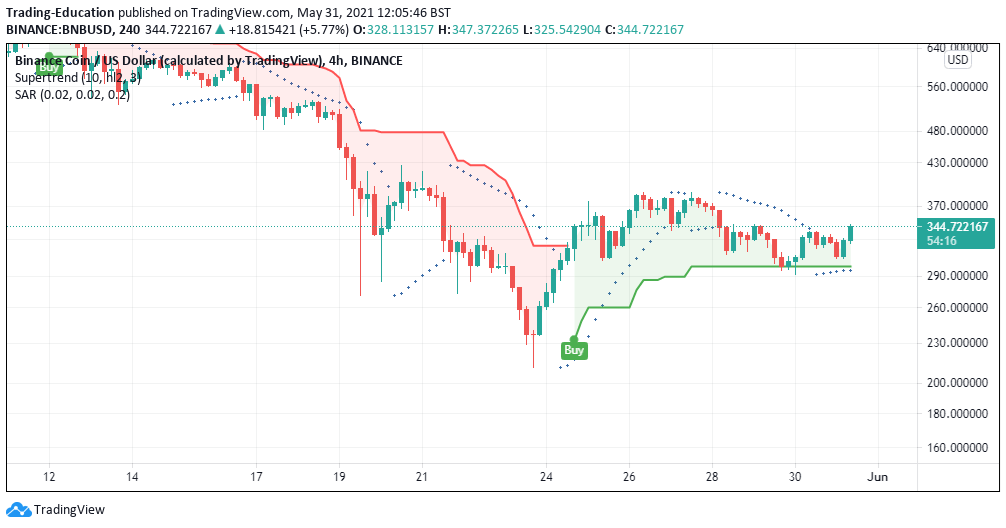 The narrative is also accentuated by the Parabolic SAR indicator, which has recently flipped bullish. Like the SuperTrend, this indicator is also a trend tracker. It gives both bullish and bearish signals and works best in trending markets. A call to buy occurs after the parabolas (dots) move under the price, as illustrated on the chart.

Binance
BNB
Top Brokers in
All Regulated Brokers
67% of retail clients lose money when trading CFDs with this provider.