Over the last four days, the Cardano price has flipped the 20-day and 50-day SMAs from resistance to support. Due to this bullish jump, the MACD is on the verge of reversing from red to green. Cardano needs to overcome the $1.89 and $2 resistance barriers to flip the parabolic SAR from negative to positive.

Looking at the IOMAP, we can see that Cardano price must overcome the $1.89 resistance barrier. Previously, at this level, almost 22,000 addresses had purchased over 210 million ADA tokens.

Trader and analyst Benjamin Cowen recently shared his optimism towards Cardano (ADA). In a recent video, he said:

An interesting aspect to note about ADA – ADA is significantly outperforming most large-cap crypto assets including Bitcoin (BTC) and Ethereum (ETH) since the coronavirus-induced panic last year. 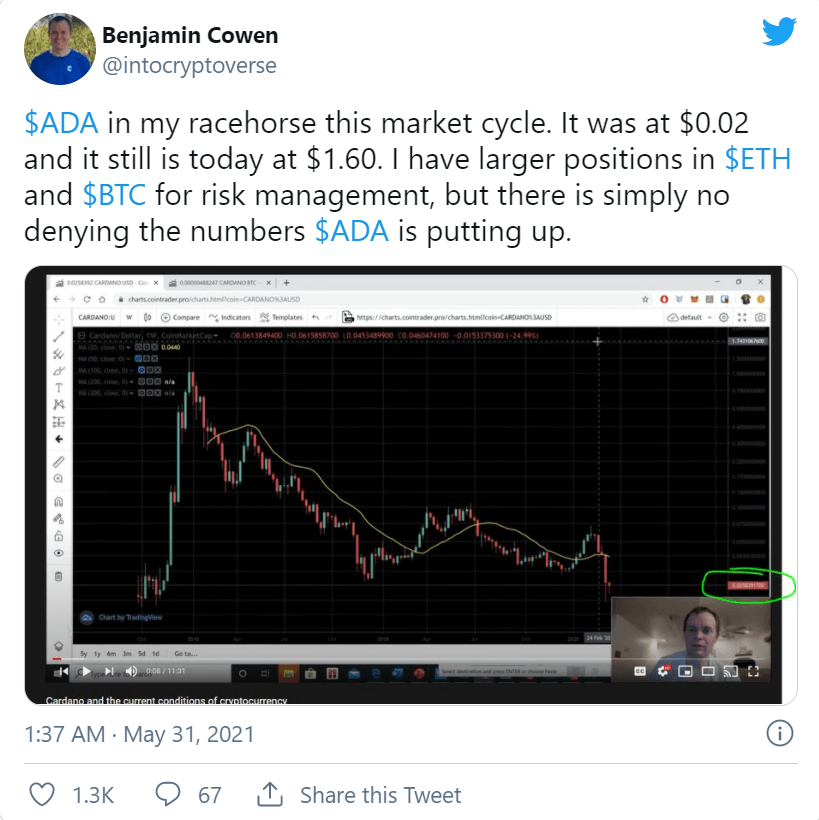 $ADA in my racehorse this market cycle. It was at $0.02 and it still is today at $1.60. I have larger positions in $ETH and $BTC for risk management, but there is simply no denying the numbers $ADA is putting up.

ADA’s year-to-date (YTD) clocked in a massive 790.86%, according to Coinmarketcap. 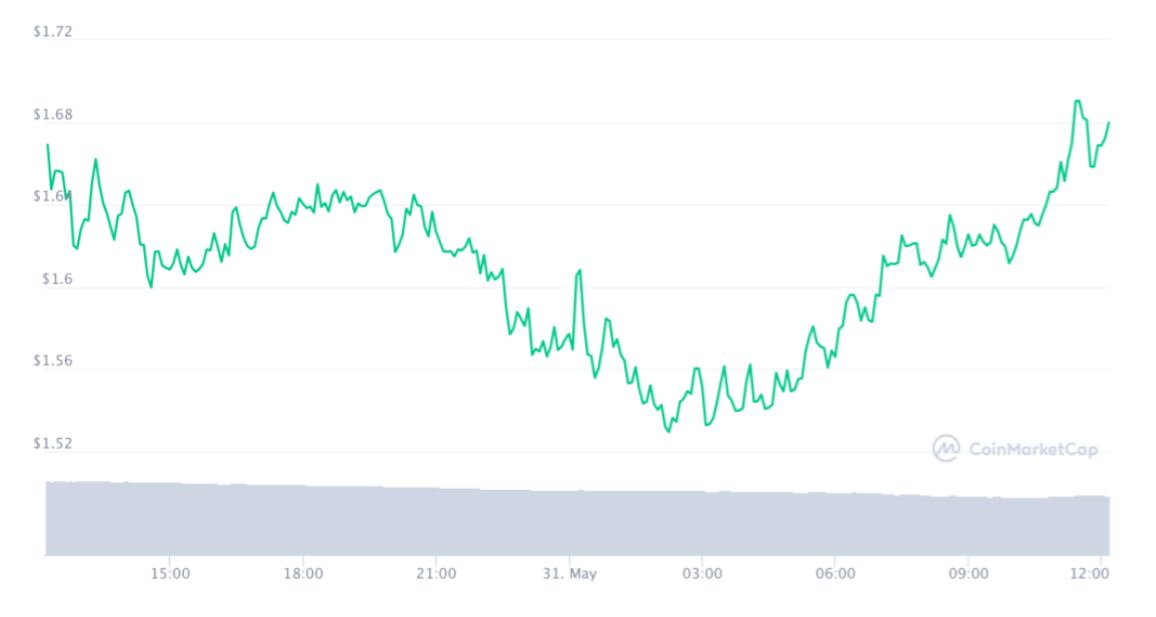 The analyst reiterated by saying:

ADA is actually one of the few coins that are holding up relatively well against Bitcoin. Many coins have bled significantly against ADA. ADA has not.

Another crypto proponent, Michaël van de Poppe, also addressed why ADA has been "one of the strongest performers in the market." 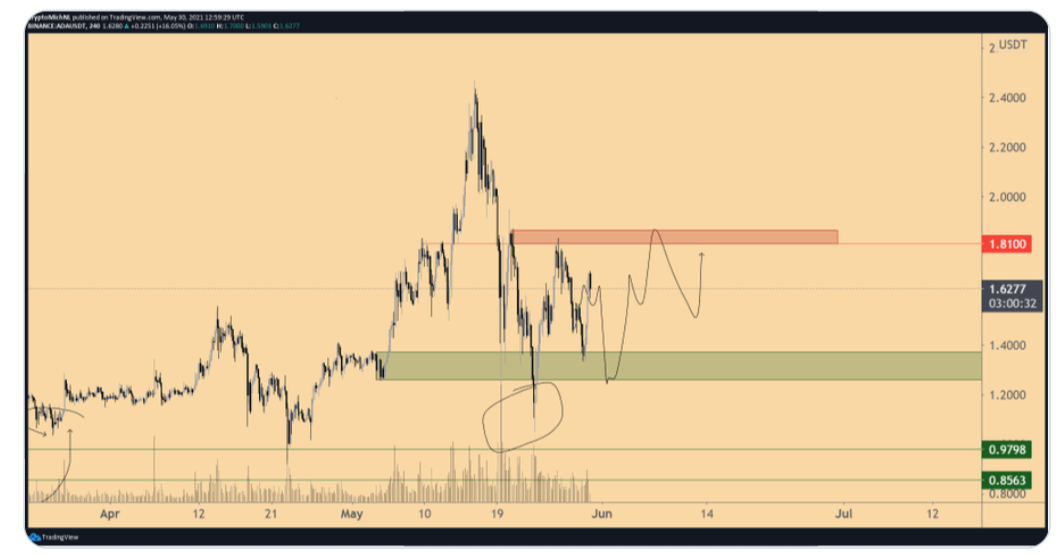 This one is actually one of the strongest performers in the market.

Hard drop, after which a strong bounce occurred.

Since then, beautiful HL constructed and further consolidation, before continuation expected.

As things stand, the Cardano price will need to take down the resistance at the $1.89 and $2 lines. The market sentiment will be completely bullish if ADA takes down $2 psychological level.