Between June 4 and June 22, the Cardano price crashed from $1.84 to $1.15 and flipped both the 20-day and 50-day SMAs from support to resistance. Since May 19, the parabolic SAR indicates that ADA’s sentiment is negative. However, the buyers managed to retake control after that.

Over the last three days, the Cardano price has been pretty much trending horizontally around $1.35. Prior to that, ADA had jumped from $1.15 to $1.36 on June 23 and June 24. The MACD shows that market momentum is presently bullish so a further jump could be in the cards.

As per the IOMAP, the Cardano price important support around $1.30. Previously, at this level, over 110,000 addresses had purchased nearly 2.47 billion ADA tokens.

Cryptocurrency analyst known as Capo recently revealed that he is selling the remainder of his Ether holdings to buy more of Cardano’s ADA, as he believes the latter will outperform Ether.

The analyst took to Twitter to share ADA/ETH charts and mentioned that they see Cardano as “one of the best-looking majors." Capo sold around 75% of their Ethereum holdings last month and noted that they're soon selling the rest of it. 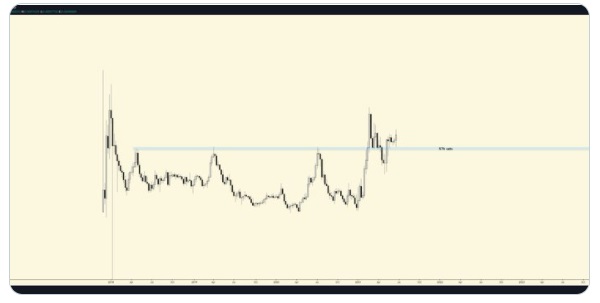 “Selling the rest of my $ETH for $ADA It's one of the best looking majors.”

Capo also looked at a Bitcoin price chart and said that the cryptocurrency is showing signs of strength after managing to hold its key support level at $30,000. They added that the longer BTC maintains its langer, the “bigger the mark-up.”

Per the analyst’s chart, Bitcoin’s price is following Wyckoff’s accumulation schematic, suggesting that large cryptocurrency investors are building up positions while preparing for its price to surge shortly. The chart also suggests that if BTC rises above $42,000 that level may turn into a support level. 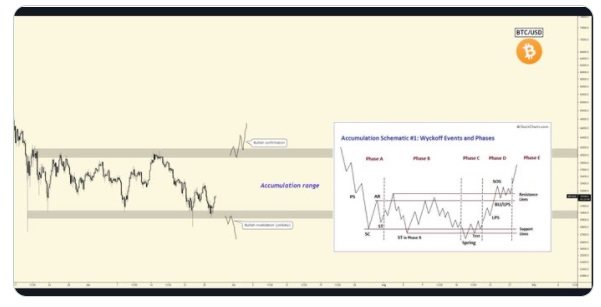 “Good bounce so far. Remember that the longer the range, the bigger the mark-up.”

Capo also noted that they expect the price of Bitcoin to hit new highs later this year. They are looking at the Bitcoin Dominance Index, where BTC’s share of the crypto market determines whether altcoins are set to move higher or not.

Capo claimed that when the Bitcoin Dominance Index chart “reaches its bottom, it usually matches with the cycle top” and added he does not see it hit a bottom, which would be at 22.3%. Bitcoin currently has a 47% share of the crypto market.

If the buyers retake control, the Cardano price should be able to break past the 20-day SMA and reach the $1.45 resistance barrier. However, if the sellers continue to be in power, ADA will drop to the $1.30 support line.