The Cardano price faced rejection at the $1.30 resistance barrier and dropped to $1.03 between March 1 and March 15. However, the tides turned when Coinbase Pro tweeted that ADA has been listed on the exchange:

“Starting today, inbound transfers for ADA are now available in the regions where trading is supported. Traders cannot place orders and no orders will be filled. Trading will begin on or after 9AM PT on Thursday March 18, if liquidity conditions are met.”

This Wednesday, the Cardano price nearly reversed the losses of the last two weeks by jumping all the way to the $.130 resistance line. However, ADA bulls soon settled down to $1.22. During this upward surge, Cardano managed to flip the 20-day SMA and parabolic SAR from positive to negative.

Cardano Price faces resistance at $1.30, but the IOMAP tells us that this level isn’t as robust. Previously, 16,000 addresses had purchased 264 million ADA tokens at this level. 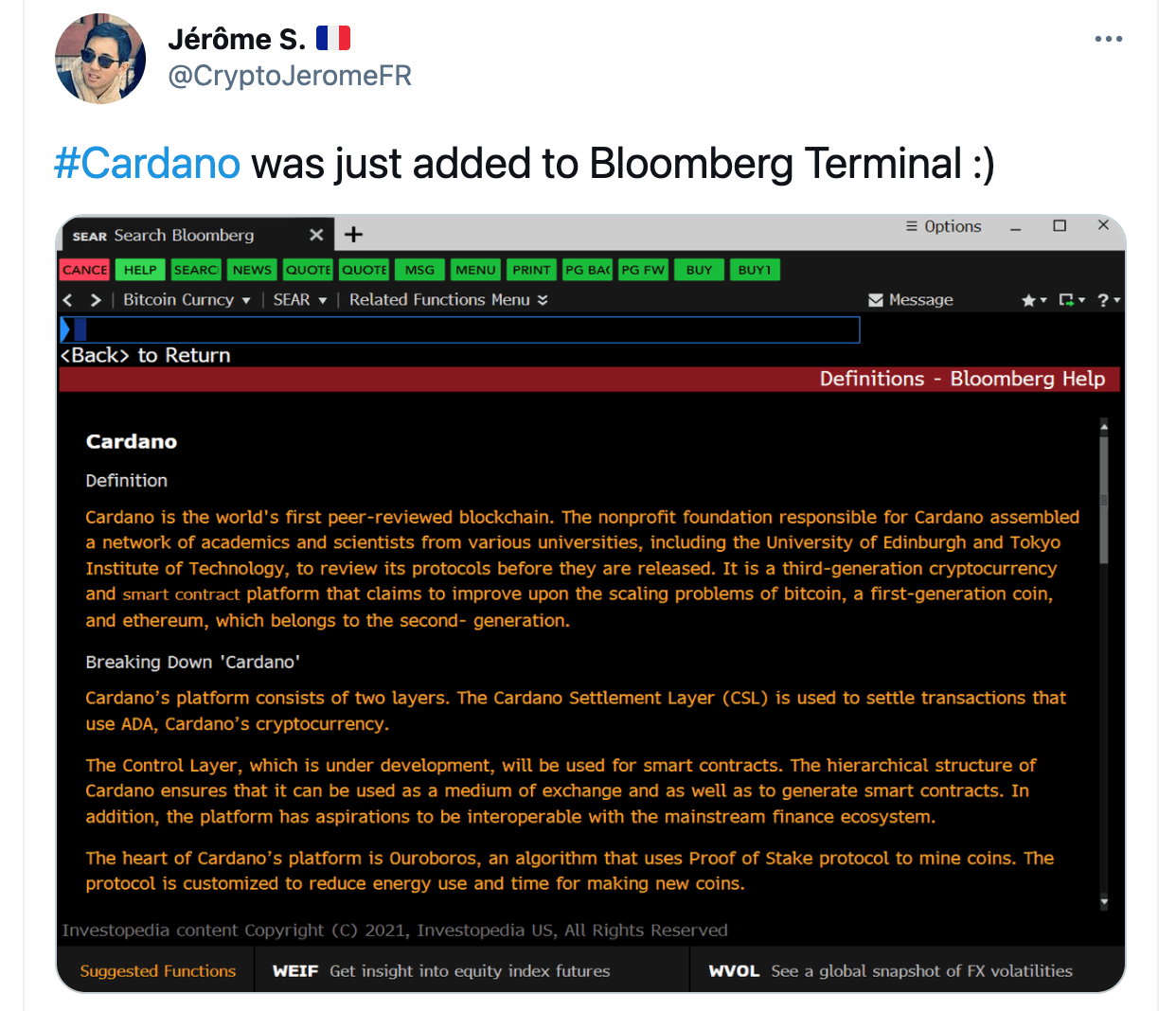 Cardano is currently going through a phased upgrade process and it is now in the Goguen era, which is due for release soon. The network rolled out its Shelley upgrade last year, which brought greater decentralization to the network. The upcoming phases focus on smart contract improvements, scaling solutions and governance mechanisms.

ADA is likely to rise in value even further because of the Goguen upgrade. The upgrade will bring smart contracts to the network. The Goguen upgrade was preceded by Mary, which was put into effect on March 1.

The Cardano price is likely going to break above the $1.30 resistance barrier soon.